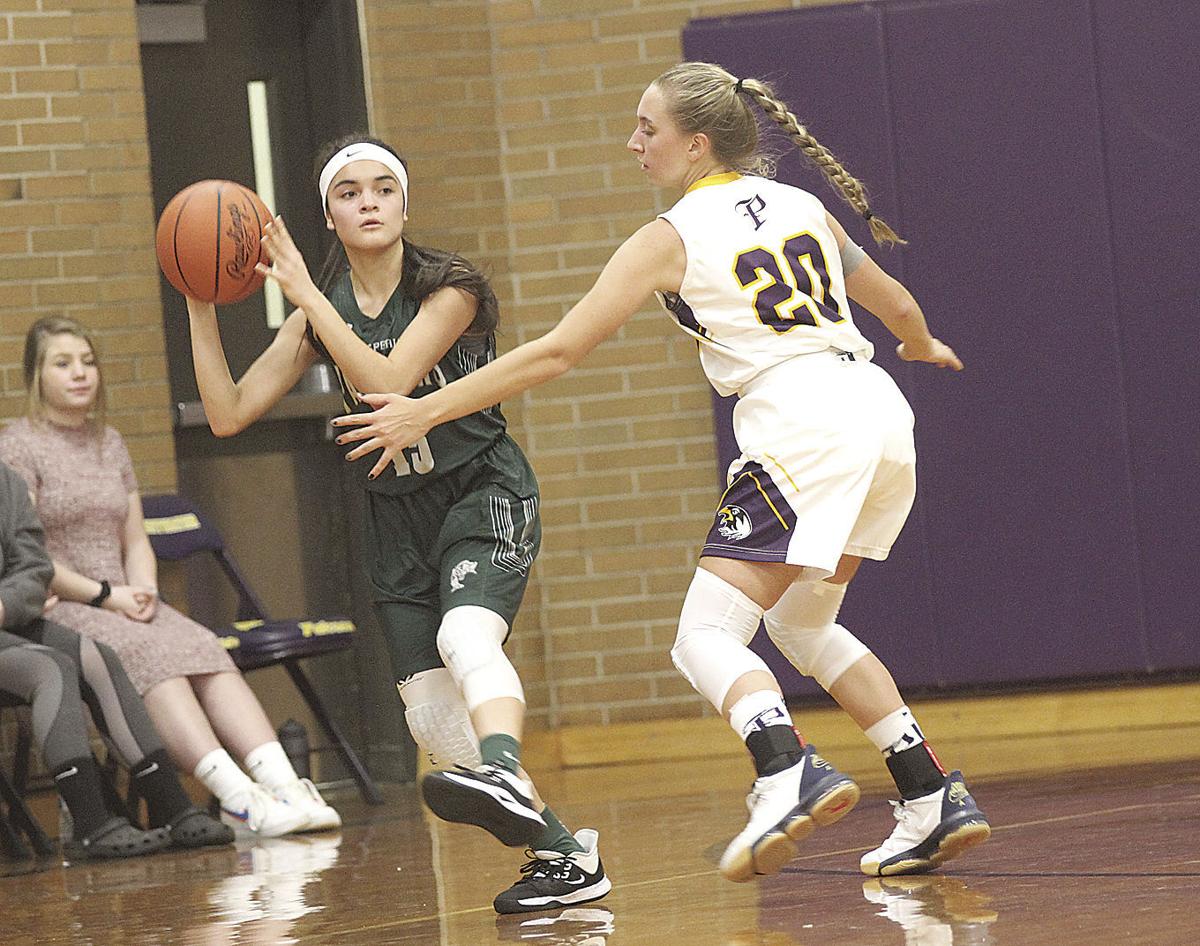 Hesperia’s Becci Castillo (left) passes the ball while Pentwater’s Mikaylyn Kenney defends during a game last season. Kenney is one of Pentwater’s key players for this season. 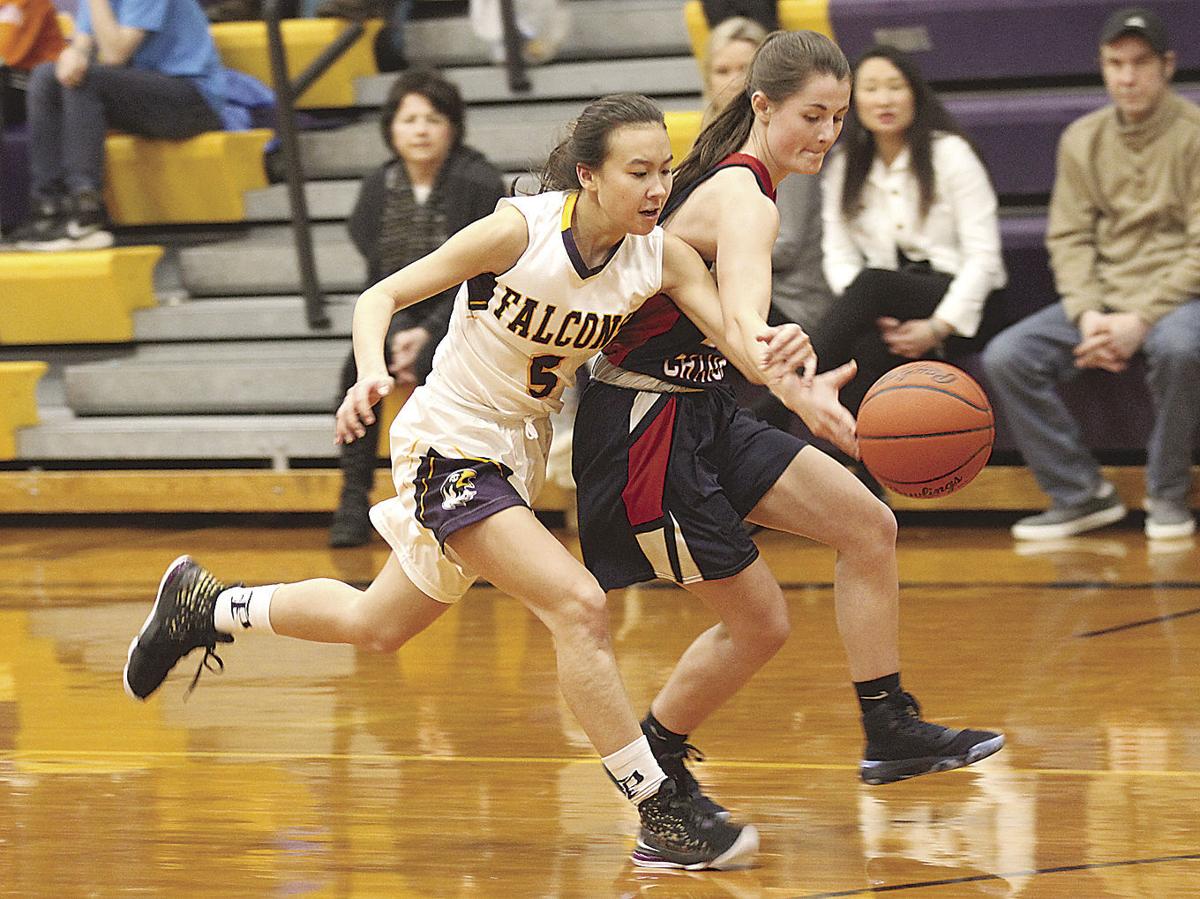 Pentwater’s Jocelyn Richison (left) tries to keep hold of the ball after a Manistee Catholic defender knocked it loose during a game last season. Richison should see an expanded role for this year’s Falcons squad.

Hesperia’s Becci Castillo (left) passes the ball while Pentwater’s Mikaylyn Kenney defends during a game last season. Kenney is one of Pentwater’s key players for this season.

Pentwater’s Jocelyn Richison (left) tries to keep hold of the ball after a Manistee Catholic defender knocked it loose during a game last season. Richison should see an expanded role for this year’s Falcons squad.

Pentwater will have a lot of work to do in the 2021 season as the Falcons try to replace most of their starting lineup.

“Obviously, replacing four starters is a huge undertaking,” Pentwater coach Joe Gorton said. “I do return six players, and they will all be asked to step up and contribute. Numbers are down a bit from last year, so conditioning will be a key piece of our development this year.”

It won’t be made any easier by the limitations the COVID-19 pandemic presented. Practice had only just begun when the state hit pause on high school athletics, and the summer was largely wiped out in that department as well.

The Falcons are planning for an eight-player roster, including three seniors: Justine Murphy, Grace Powers and Lizzy Arnouts. Each were role players last year, and for Pentwater to succeed, they’ll each likely have to make big leaps forward on the court.

“They have all looked great in practice, and I’m eager to see how they respond,” Gorton said.

In the lower classes, the Falcons do have some high-level athletes to turn to. Mikaylyn Kenney is a returning captain who should be even more important to the team this season. Jocelyn Richison and Haidyn Adams are each multi-sport athletes with solid varsity performance on their resumes — in basketball and elsewhere — and should see plenty of playing time this year to bring those successes to the basketball court.

Pentwater’s height will largely come from its new players this year. Emma Oliphant and Audrey Keida should slide into larger roles and will have to be the last line of defense in the paint. Each had great JV seasons a year ago, Gorton said.

The team is likely to center around Kenney, Adams and Richison, who Gorton calls “gym rats.”

“Practice ends and they keep shooting,” Gorton said. “I expect them to be impact players.”

Despite the lack of time this group has played together on the floor, Gorton said the Falcons have quickly developed team chemistry that should pay dividends when game time hits.

COVID has touched the Falcons’ program, like most in the state, but the team has adjusted well to the new reality.

“We’ve run JV and varsity (practices) together, and have had great results,” Gorton said. “Our players have stepped up to the challenges COVID has forced upon us. They adjust to each change as it happens, look out for one another, and continue to grow more and more each day as players and teammates.”

Pentwater hopes to compete in the WMD, but Gorton said his highest priority is the growth of the team. County rival Walkerville is defending conference champion and will be a measuring-stick game for the Falcons. Big Rapids Crossroads and Mesick should also be tough.