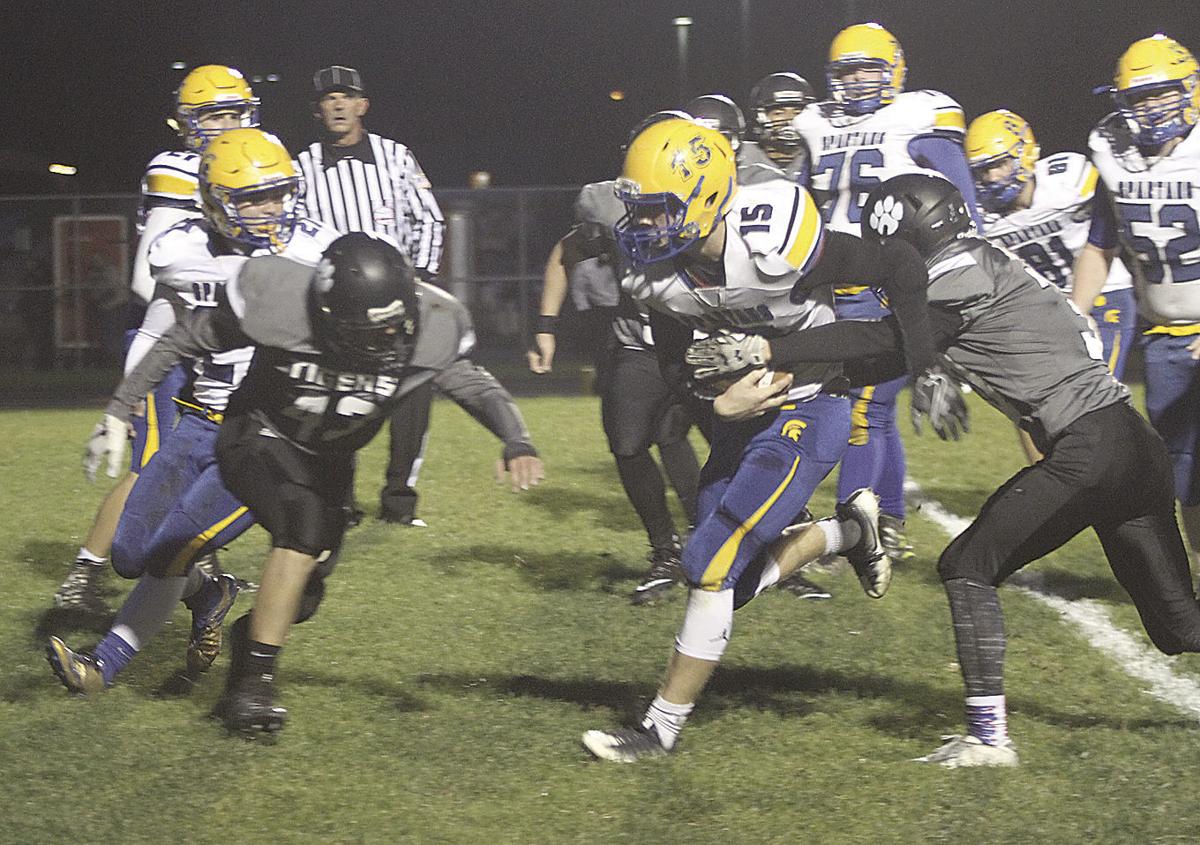 Pentwater grad Austin Hofmann (15) goes into the end zone for a touchdown during a 2018 game against Shelby. Hofmann now plays at Davenport University. 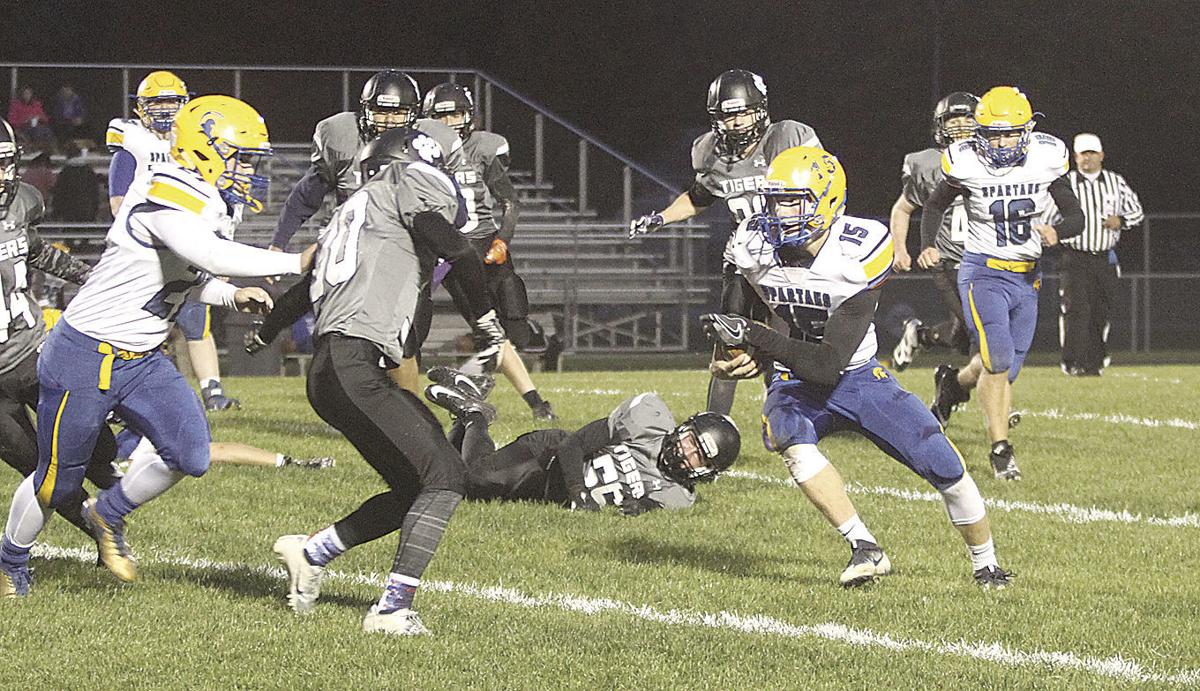 Pentwater grad Austin Hofmann (15) goes into the end zone for a touchdown during a 2018 game against Shelby. Hofmann now plays at Davenport University.

PENTWATER — Pentwater grad and Davenport University freshman Austin Hofmann didn’t play football, at least in games, in the 2019 season. That was by design, he said, but he’s hoping that’ll be the last year for a while that doesn’t see him in competitive action.

“It was kind of my plan to redshirt the first year,” Hofmann said during a recent Falcon boys basketball game he attended. “It was a good experience, getting into the flow of everything. So it was cool.”

Hofmann was a star running back and occasional defensive player when he played for Mason County Central through a co-op agreement, but he was recruited to Davenport as a linebacker. At 6-3, he’s taller than most college coaches want their running backs to be, hence the position switch.

“I’m too tall to play running back,” Hofmann said. “They usually like smaller guys are heftier and easier to get through the holes.”

The combination of the jump from high school to college football, as well as the position switch, meant Hofmann that saw a big change in the level of play he was seeing in even DU practices compared to what he saw while playing for the Spartans. He said the speed of the game increased a lot, which was the biggest adjustment he had to make.

But he loved every second of it, he said. Davenport is in its infancy as a NCAA Division II school, but managed a 5-5 record this year.

“It was awesome,” Hofmann said. “It was the best feeling. You go into practice every day and you’re helping these guys out. You’re seeing the growth in them and it’s really cool.”

Hofmann’s own growth was noticeable, too. He said over the course of the season he improved his footwork and ability to read plays. The hope is that in 2020, he’ll see more of the field — on special teams, at a minimum.

Austin’s younger brother Khole, meanwhile, picked up right where Austin left off, starring at running back for the MCC team. Austin said he’s worked with Khole a lot, particularly on what to emphasize in the weight room.

“We’re going to the weight room and I’m taking him under my wing and stuff, (and) teaching him footwork and running the ball,” Hofmann said.

The DU freshman said he loves the game of football even more now than when he first signed with the Panthers and is excited for what’s to come.

“I love it even more now,” Hofmann said. “It’s still fun to me. I’m going to keep doing my thing.”