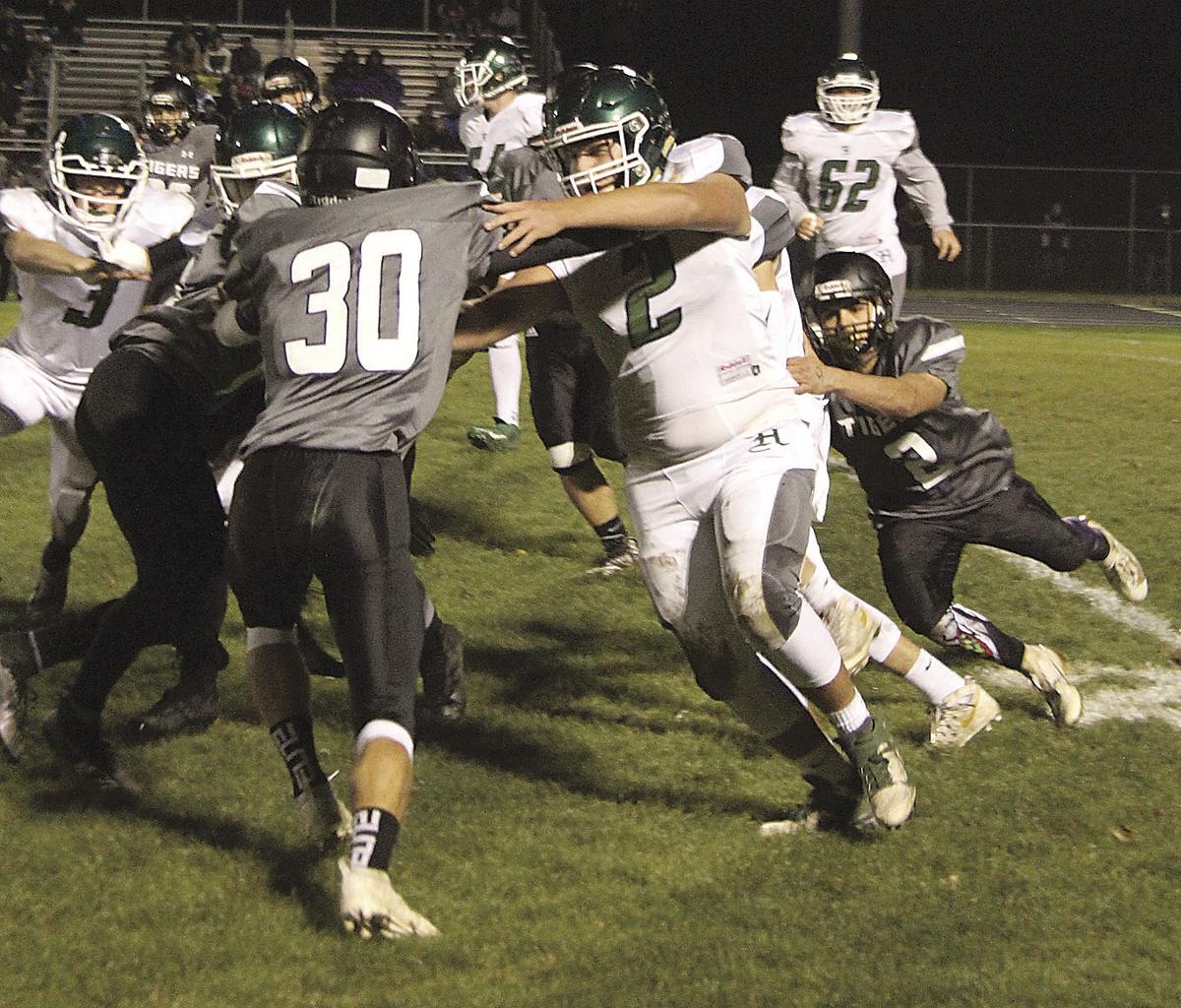 Hesperia’s Logan Balkema (2) blocks Shelby’s Blake Greene during an Oct. 25 game at Shelby. Balkema earned all-CSAA Silver honors, one of three Panthers to be named to the first team. 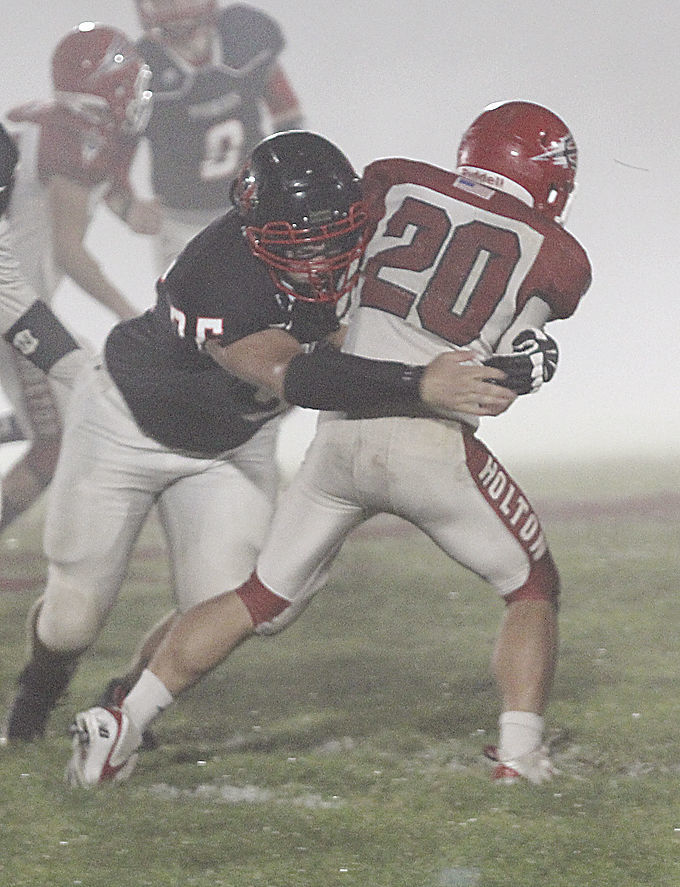 Hesperia’s Logan Balkema (2) blocks Shelby’s Blake Greene during an Oct. 25 game at Shelby. Balkema earned all-CSAA Silver honors, one of three Panthers to be named to the first team.

Balkema, a senior, was a Panthers’ team captain and the heart and soul of the team, per coach Doug Bolles. He played three positions on offense in 2019, compiling nearly 1,000 yards of offense for the season and recording 93 tackles on defense. His honor marked the second year in a row for him on the all-conference first team.

“His biggest contribution was his unselfishness to play power back and put team before self,” Bolles said. “One of the best kids I’ve had the privilege to coach. We’re going to miss him next season.”

Pearson was Hesperia’s statistical leader on offense with nearly 900 yards rushing. Obviously, his biggest night came in week three against Holton, when he rang up 370 yards rushing to set a new Hesperia school record. The senior had most of his junior year wiped out by concussions and was banged up for a couple of games this year as well. He also excelled at linebacker on defense.

“Logan battled back...to have an outstanding senior season,” Bolles said. “Logan plays all out, all the time.”

Majersky started at receiver and defensive back most of the season and also played some quarterback when needed. Bolles said Majersky was the team’s best cornerback and showed great improvement during the season.

“Johnny is developing into one of our team leaders,” Bolles said. “Looking forward to seeing Johnny on the field next year.”

Budde impressed in his first varsity season, playing offensive tackle and on the defensive line. His experience, Bolles said, should serve him well next fall.

“All four kids were very deserving of the season ending recognition,” Bolles said.

Hart and Shelby each struggled this year on the football field, but one player from each team performed well enough to earn some mention on the West Michigan Conference team.

Breitwisch’s performance was good enough to obtain that repeat all-league honor despite the fact that his Pirates didn’t win a conference game this year.

“The other coaches recognized his talent as a football player,” Hart coach Rick Witteveen said. “It’s too bad more of his teammates didn’t feed off his work ethic and approach to the game.”

Whitlow, who earned honorable mention for the second year in a row, was one of Shelby’s top tacklers in most of the team’s games this year and recorded a key fumble recovery in his team’s rivalry victory over Hart. Tigers’ coach Lorenzo Rodriguez said Whitlow’s success is a tribute to the hard work he’s put in for several years.

“That’s consistency and hard work paying off,” Rodriguez said of Whitlow. “He was one of the kids who was really dedicated year in and year out in his high school career, and it showed on the football field. Even though he was undersized against every opponent, he was consistently able to make things happen for himself and for the team.”