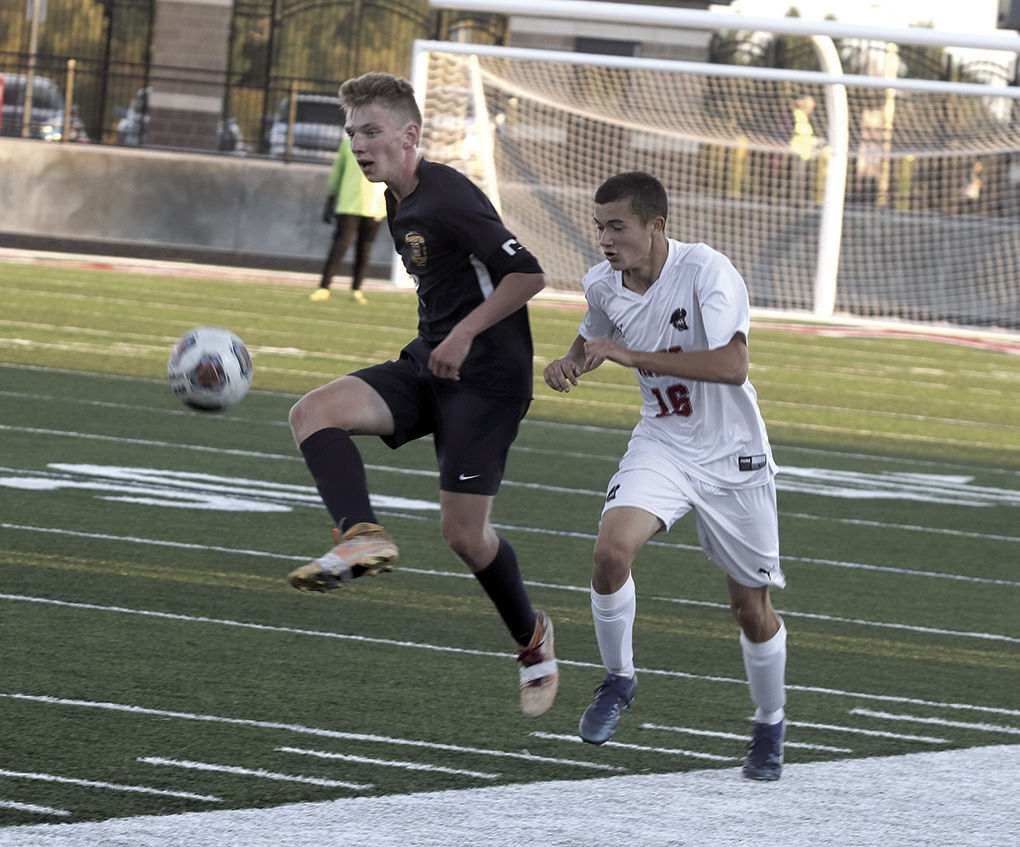 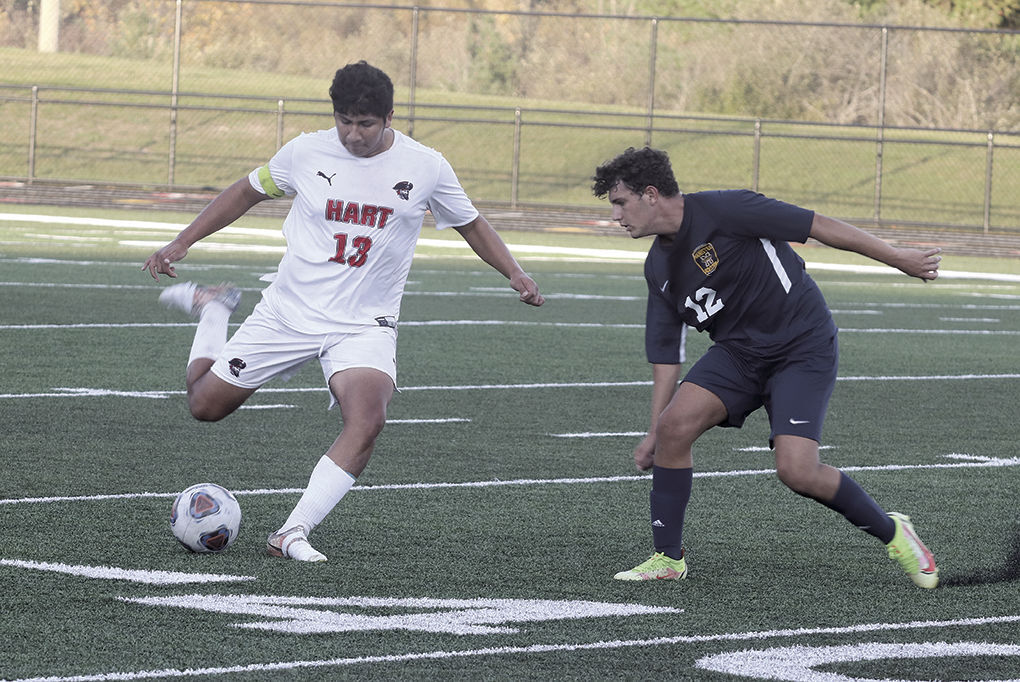 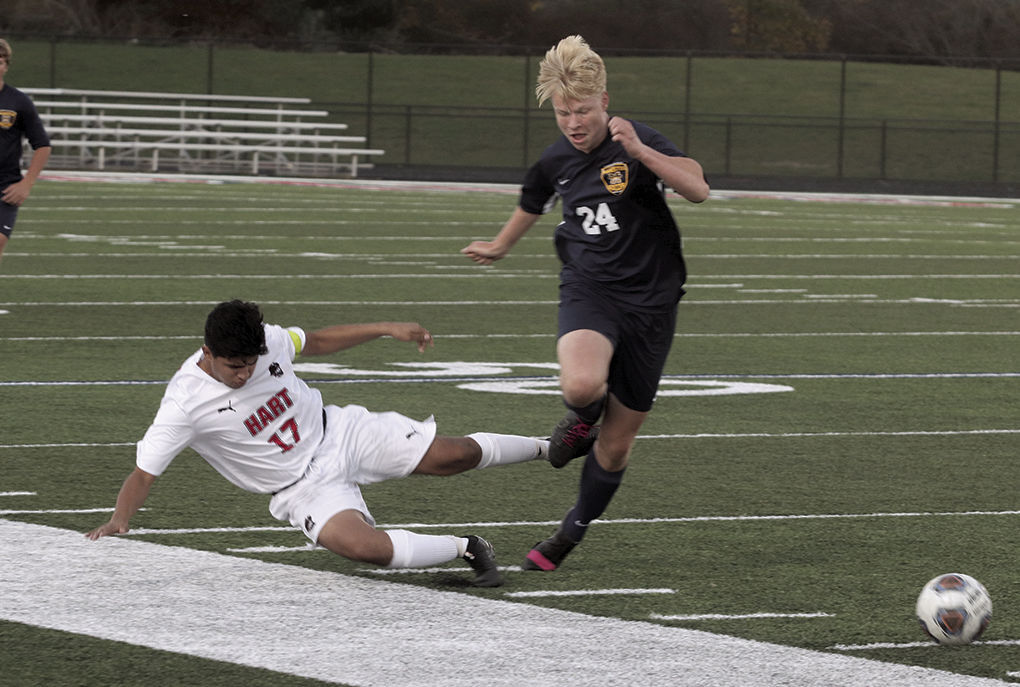 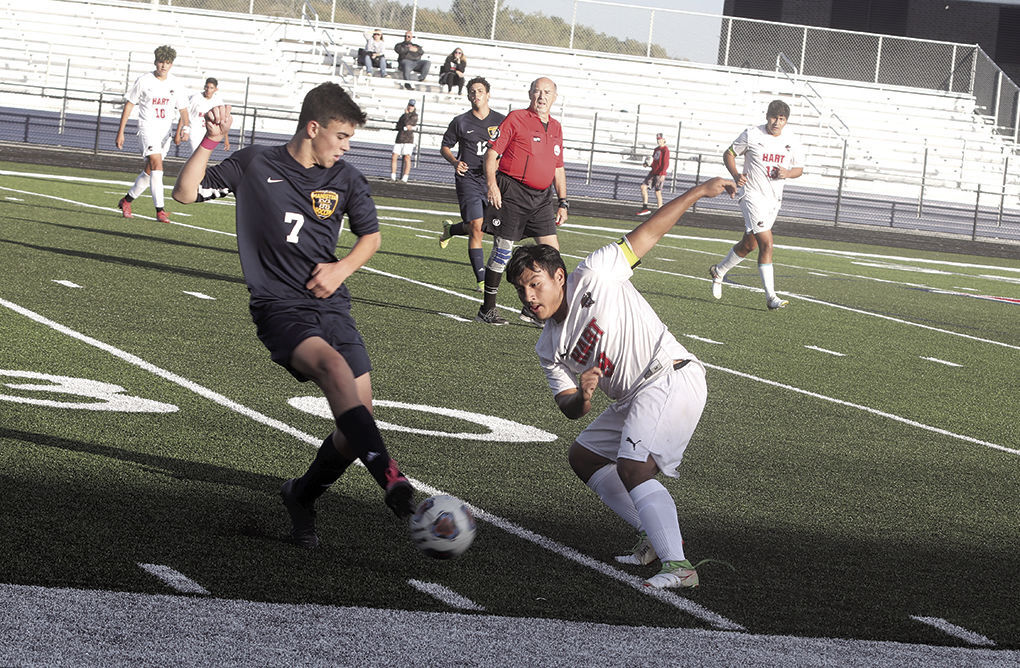 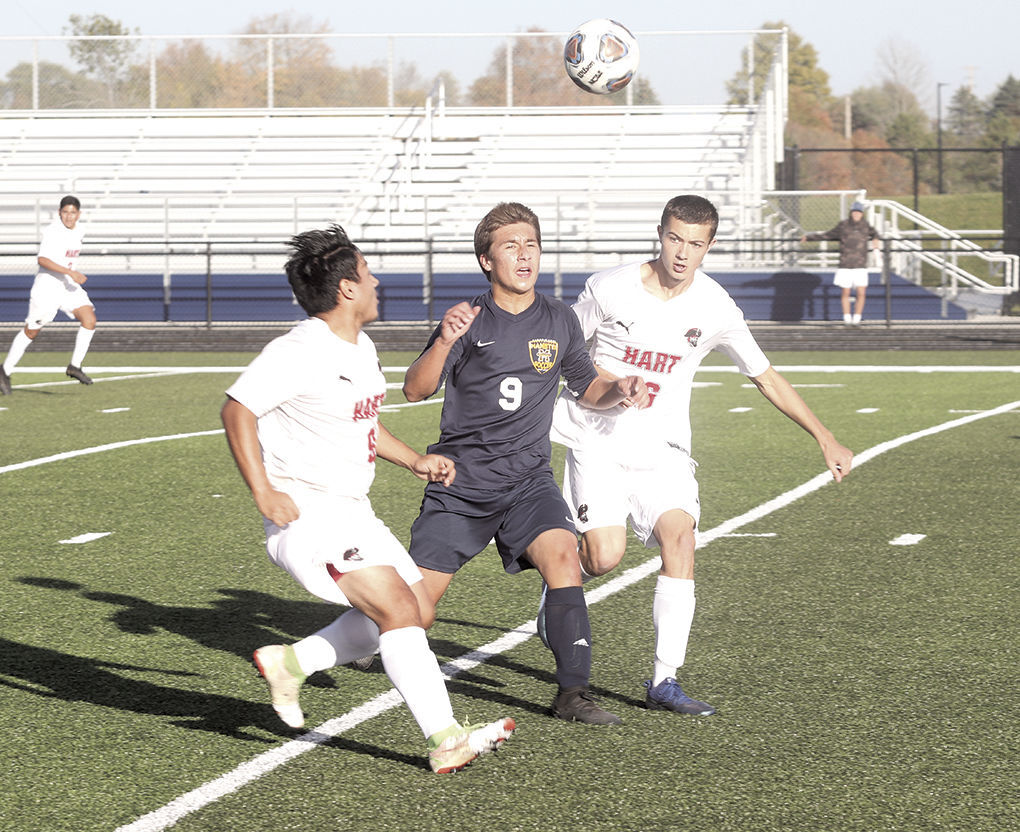 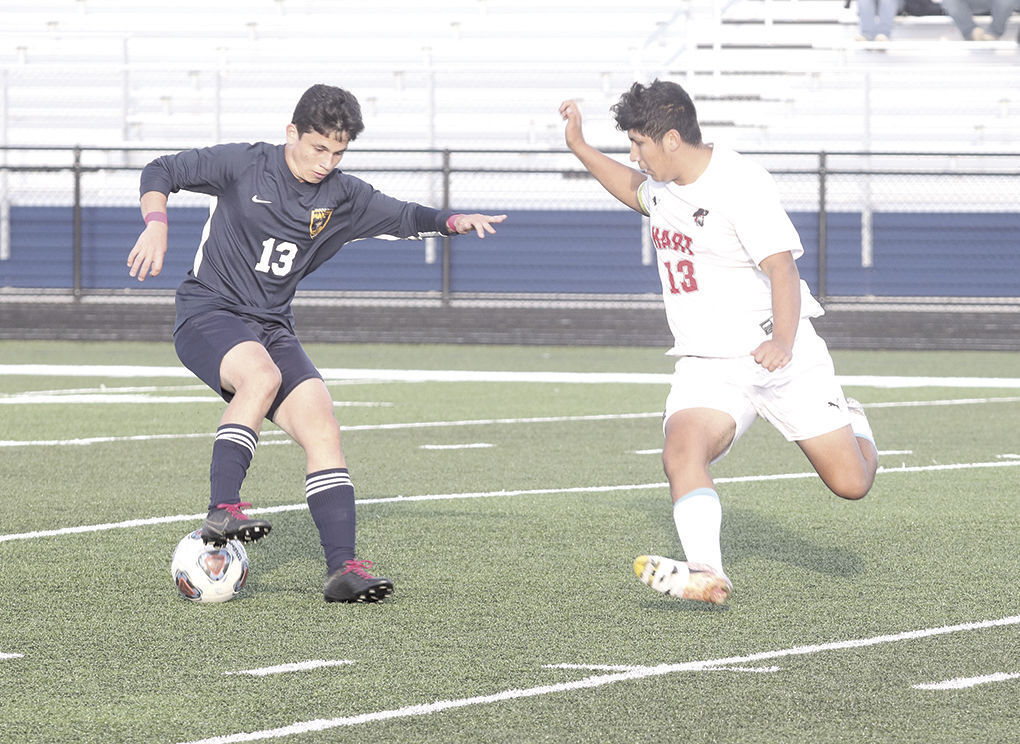 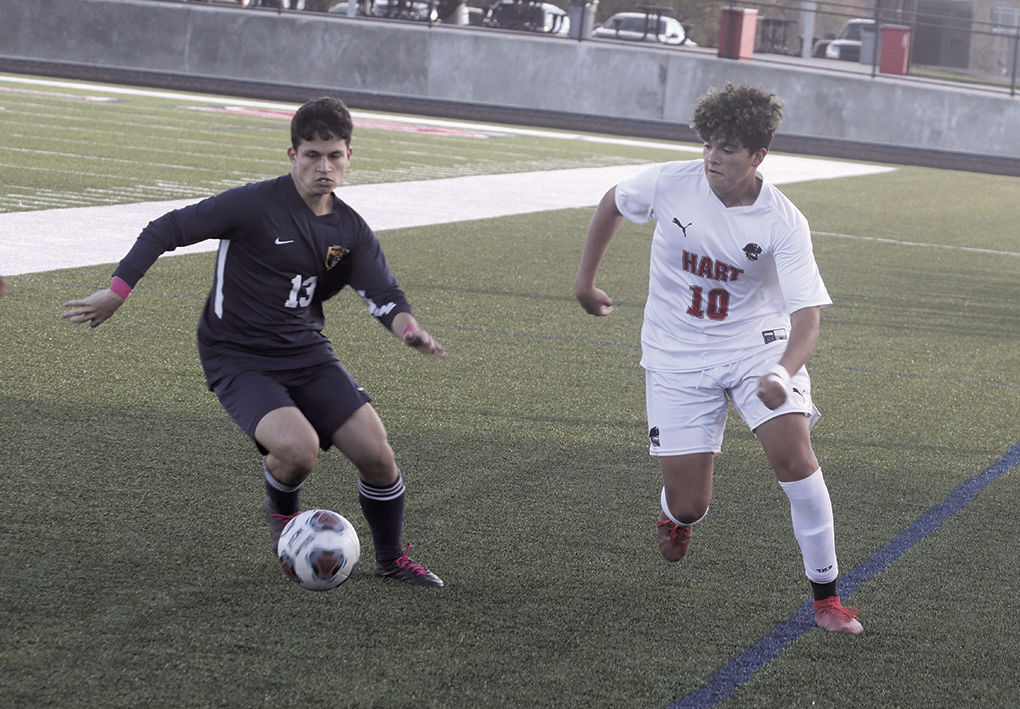 BIG RAPIDS — Hart made a valiant charge in the final minutes of Tuesday’s district semifinal game against Manistee, but it fell short, and the Pirates’ season ended with a tough 2-1 defeat.

The difference in the game ended up being a penalty kick by the Chippewas late in the first half, which was cashed in by Ben Schlaff after Hart was whistled for a foul in the box.

Manistee added a goal early in the second half when Arturo Marinielli corralled a corner kick and fired it into the net, and it appeared that would be it until the Pirates’ late comeback effort came alive in the late minutes.

Hart (8-10-3) got on the board with 5:58 to go when Gian Luca stormed in to take advantage of a fumbled ball by Manistee keeper Grayson Prince and fired it into the net. The Pirates then made several rushes at the net from there in a bid to tie it up, but couldn’t ever get a clear shot at goal.

“We had a lot of momentum going forward, and I made the call to get some seniors in instead of some starters and rolled the dice,” Gilbert said.

Hart struggled to maintain possession early in the game, and Manistee controlled things most of the way. However, Chips’ coach Brandon Prince took notice of Hart’s improved stature as a team.

“Hart was put together well,” Prince said. “That’s a good quality team. They’ve improved so much through the year. It was tough to play them in because our mindset was a little different, but once we kind of got into it, the opportunities started to grow for us a little bit. I’d have liked to see more on the board but we’ll take it.”

Hart’s slow start could be partially attributed to the Pirates’ long layoff leading into the game. They advanced to the semifinal because Reed City lacked enough available players to play the pre-district game scheduled last Wednesday. Hart likely would’ve won that matchup — the Pirates rolled in a regular-season meeting between the two — but Gilbert said his team definitely would’ve preferred to play rather than advance by forfeit.

“It would’ve been nice,” Gilbert said. “Games are always good because they keep you sharp and keep the guys’ fire in them. I know Reed City’s coach would have tried to keep it as difficult as he could for us. It would’ve been nice to work on creating quality chances as opposed to waiting for the last 10 minutes (Tuesday).”

Still, the Pirates ended the season with plenty to be pleased with. As Gilbert noted, the team doubled its win total from a season ago and more than doubled its goals scored, and was far more competitive even in many of the games it lost than in the same matchups in 2020.

“For the season as a whole, we turned a new corner for Hart soccer,” Gilbert said. “I’m gonna miss these seniors. They were my first group that I had all four years.”