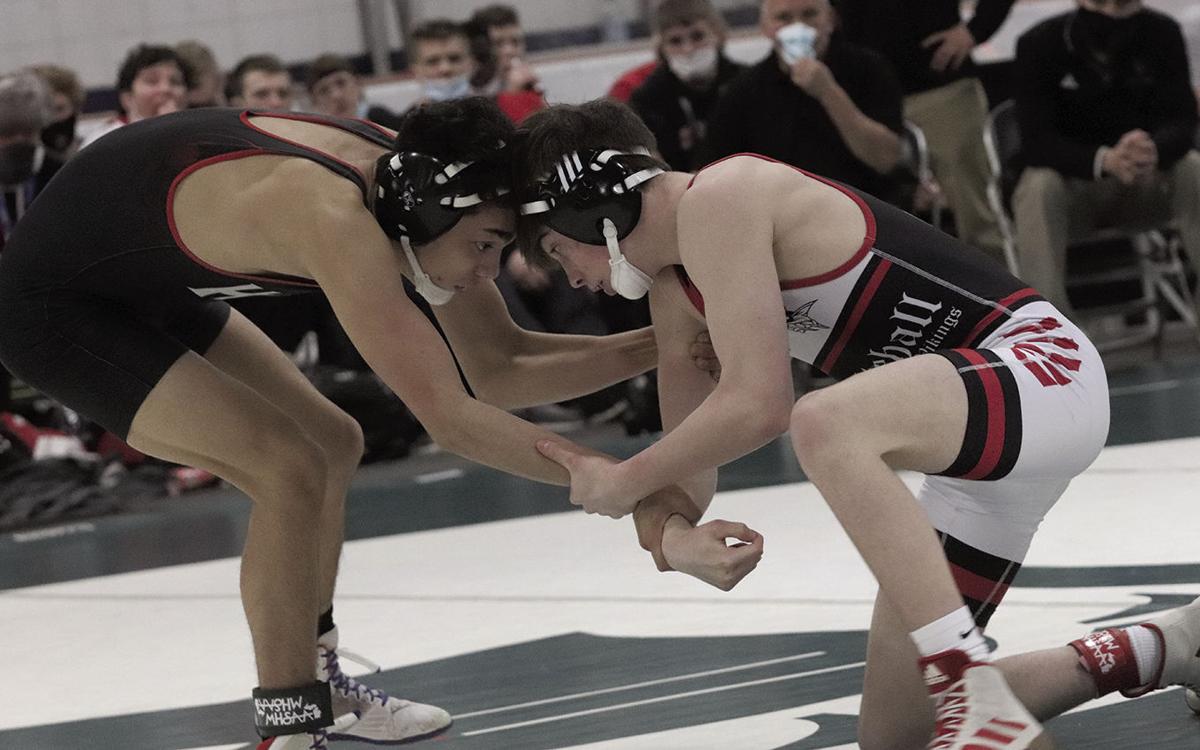 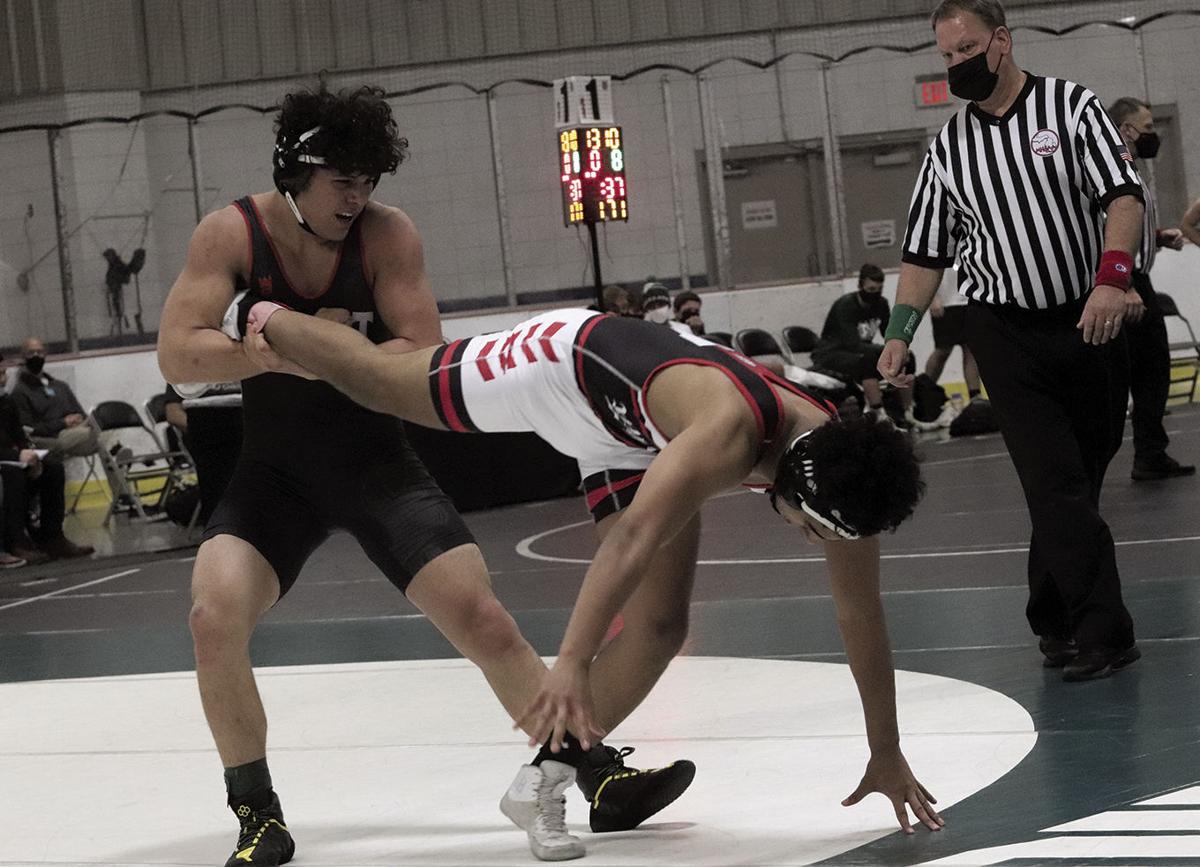 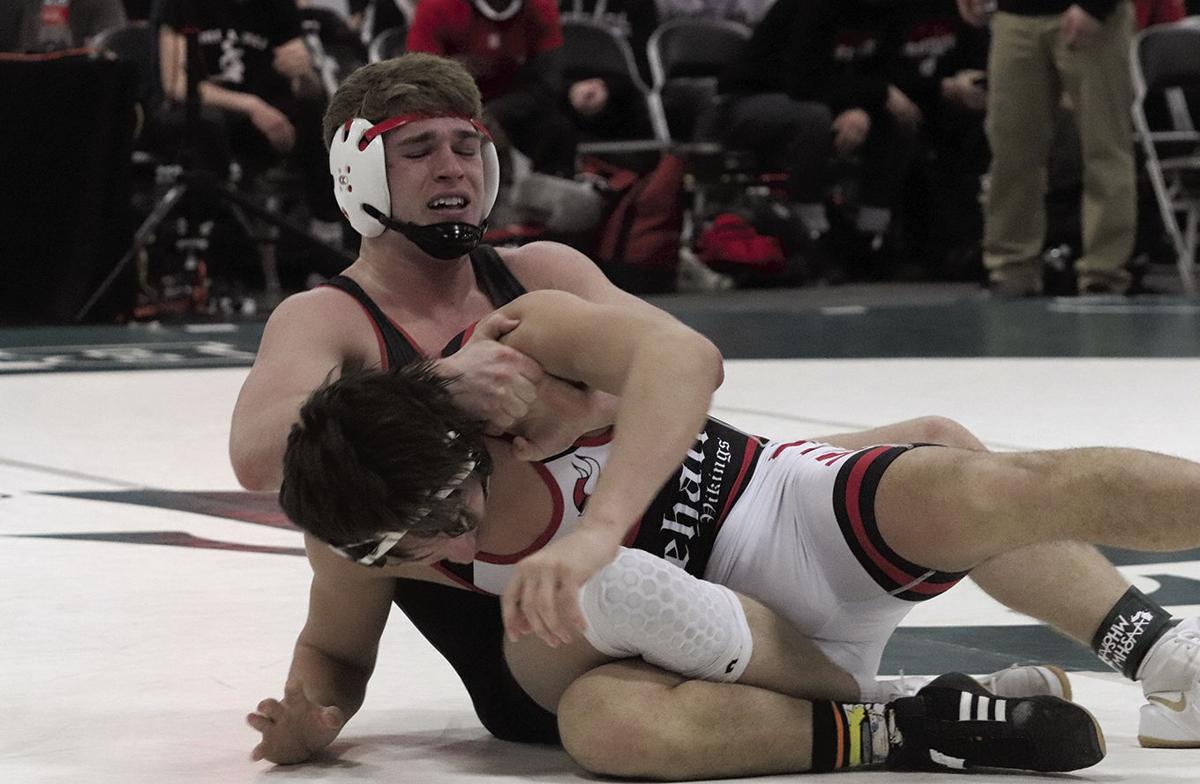 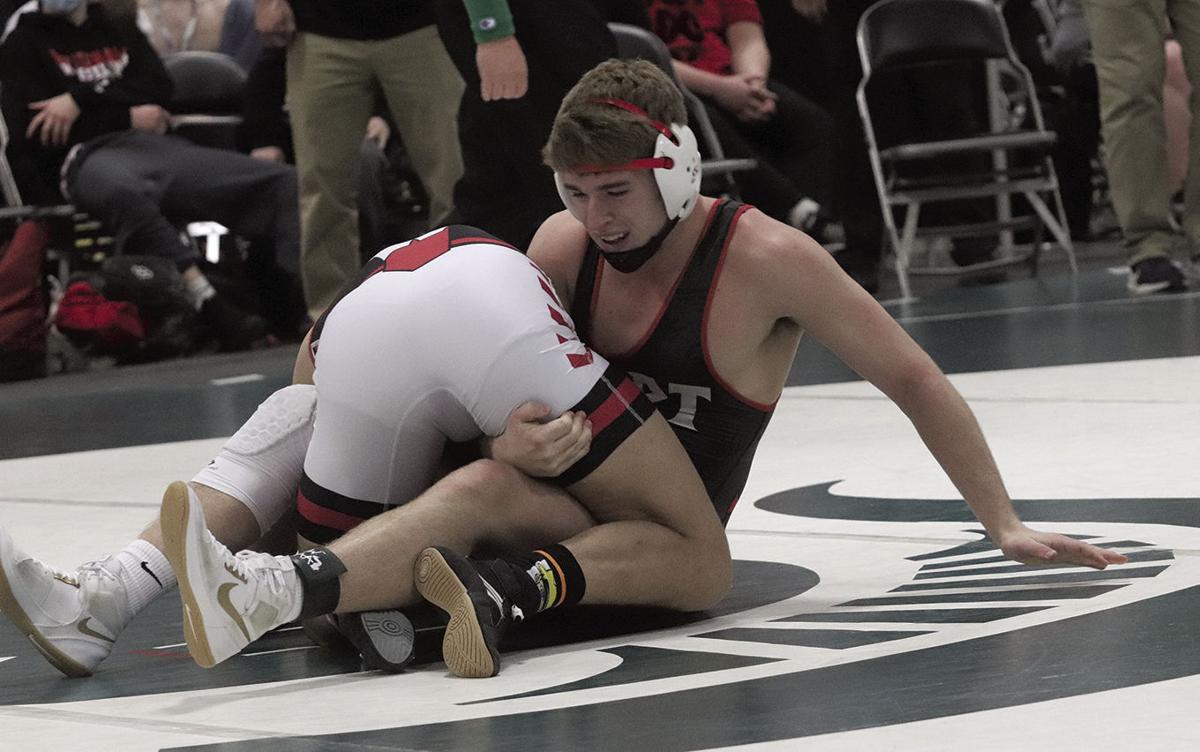 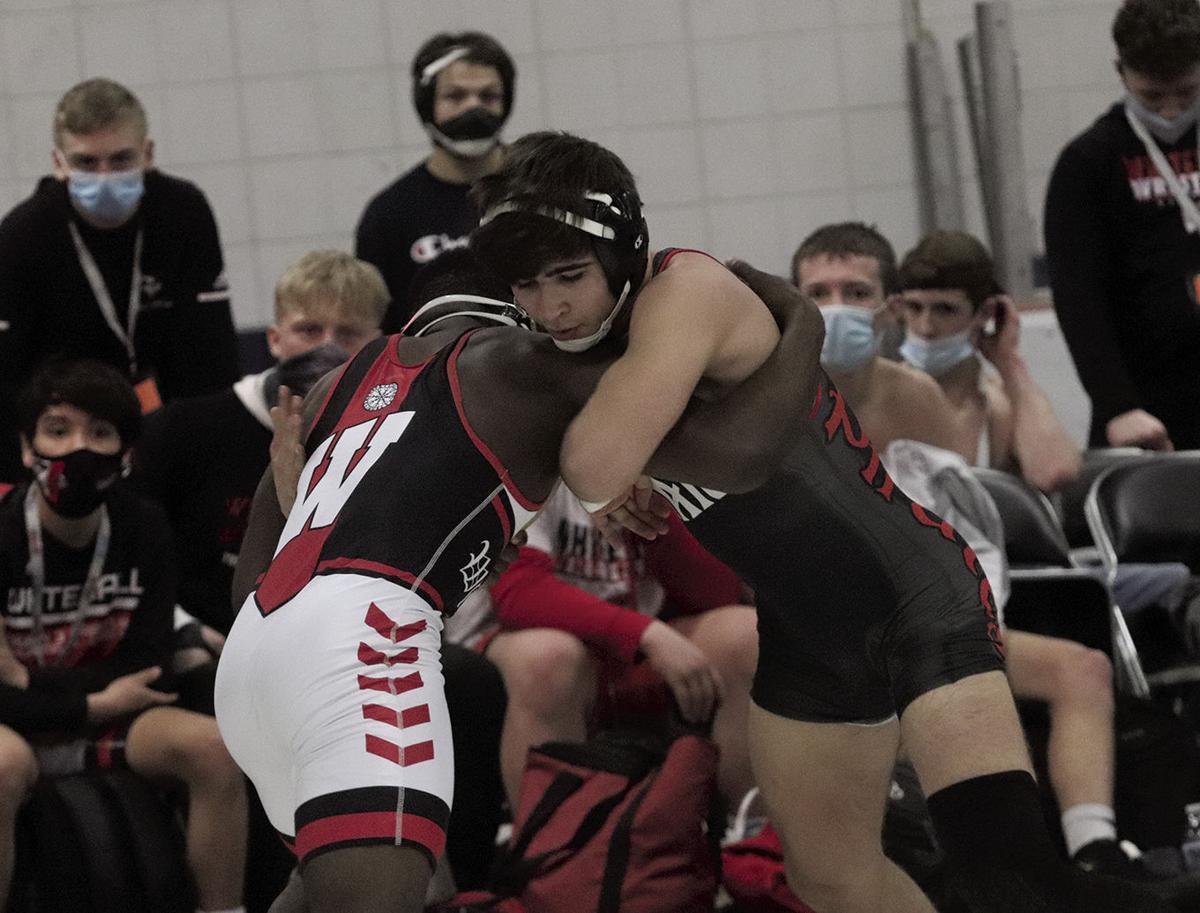 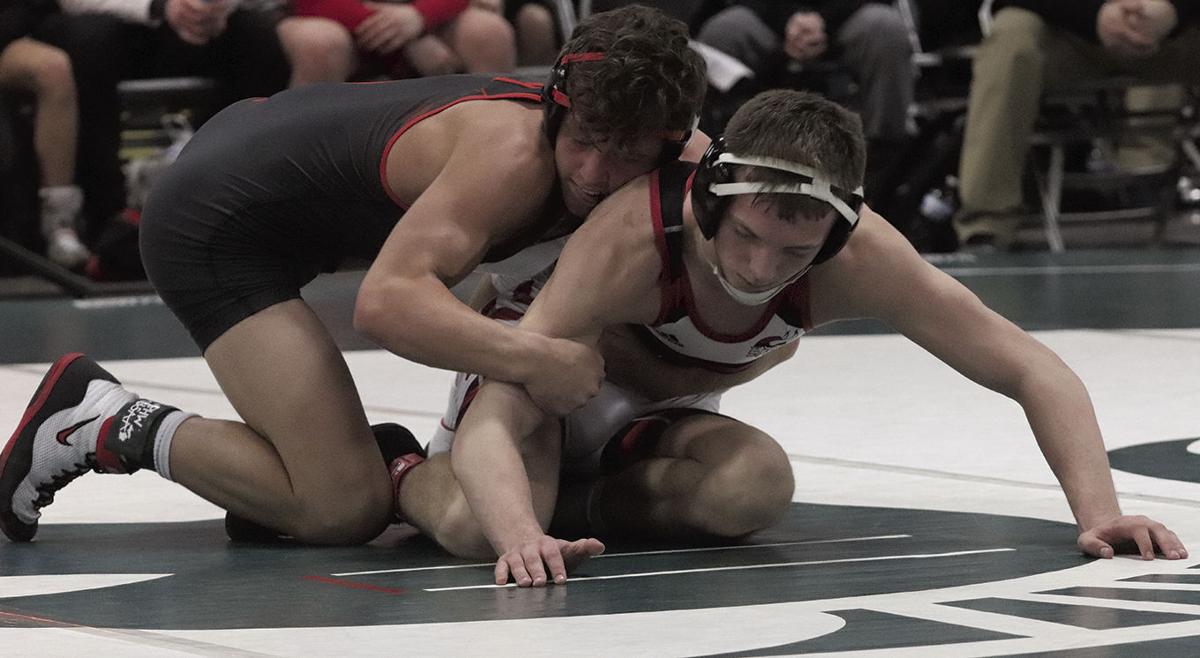 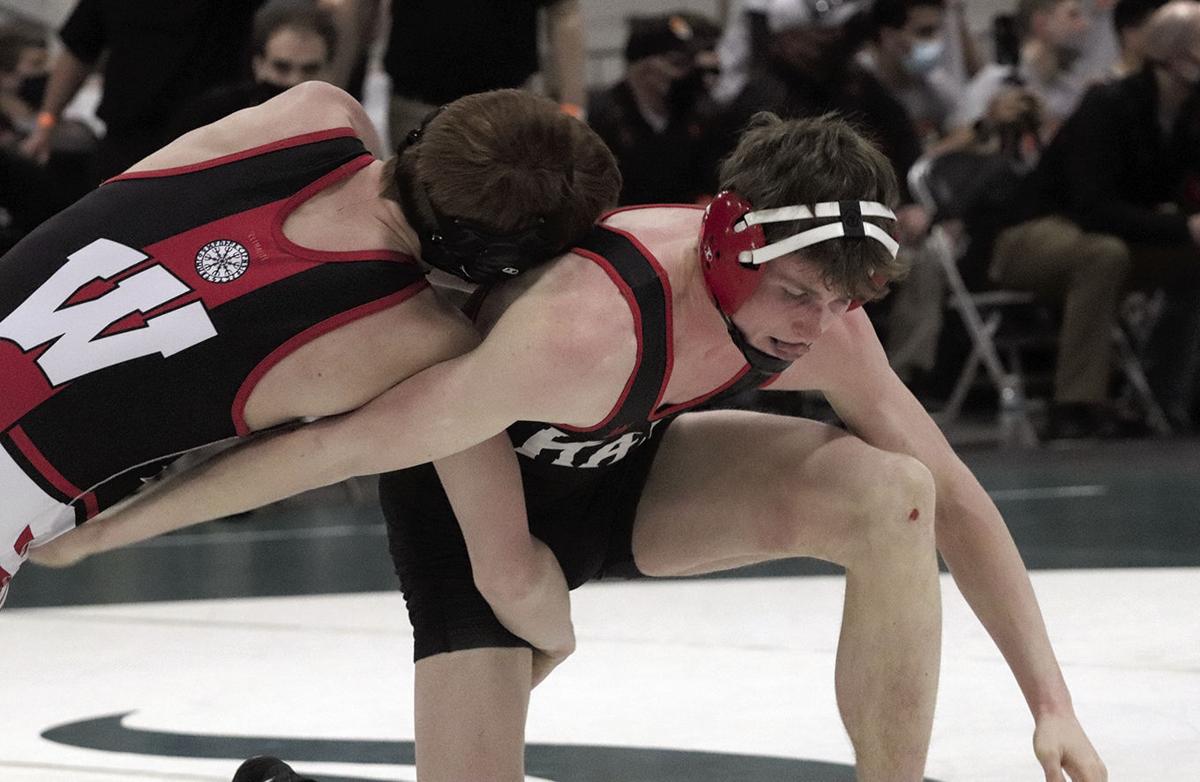 KALAMAZOO — Hart coach Brad Altland tried tweaking his lineup Tuesday to spring an upset against Whitehall in the Division 3 wrestling quarterfinals, but the Vikings proved to be upset-proof, taking command of the match early and beating the Pirates 41-23.

Whitehall led 41-3 before the Pirates’ lower weights reeled off wins in the final four bouts of the match.

The match started at 130 pounds, which created a good news/bad news situation for Hart: The Pirates would finish with their strongest weights — but they had to get there with the outcome in doubt for that to be relevant.

“I was pretty happy with the starting weight because we knew right away where we were at,” Altland said. “I was pretty happy with the ending, and you could see why. I thought we were going to end strong, and if we were in the game, we could finish. It was kind of like a relay in track. Your first three guys have to get the work done if you want that hammer or fast guy at the end to seal the deal.”

Altland trotted out Koy Bronkema to start the match at 130, and the move nearly worked, but the Vikings’ Riley Buys was able to rally and defeat Bronkema in overtime, 7-5. Whitehall then extended that early lead to 29-0 before Leo Guadarrama finally got Hart on the board at 189.

“We started right there with one of the matches we needed to go our way,” Altland said. “In high school wrestling especially, everyone thinks it’s an individual sport, but team-wise, it’s huge, especially if you get the momentum rolling. In the heart of their lineup, they’re tough. We needed something to go our way to get some key swing matches.”

After Guadarrama’s win, Whitehall won twice more before the slate flipped to the lower weights, Hart’s strongest area. Bryce Jorissen earned a 9-0 win for Hart, followed by pins by Trenton Swihart and Trayce Tate before Austin Martinez ended the match with a 12-0 win.

It was an impressive show of skill, but also toughness, by the lower weights. Even in defeat, it ended the Pirates’ campaign on a high note.

And with back-to-back regional titles now in Hart’s possession, a high note was what the season deserved.

“I’m glad we got to finish,” Altland said. “The season turned out a lot better than I thought it was going to. The kids got a lot of mat time and worked hard all season long. They showed it today. They didn’t give up. They just kept wrestling hard.”