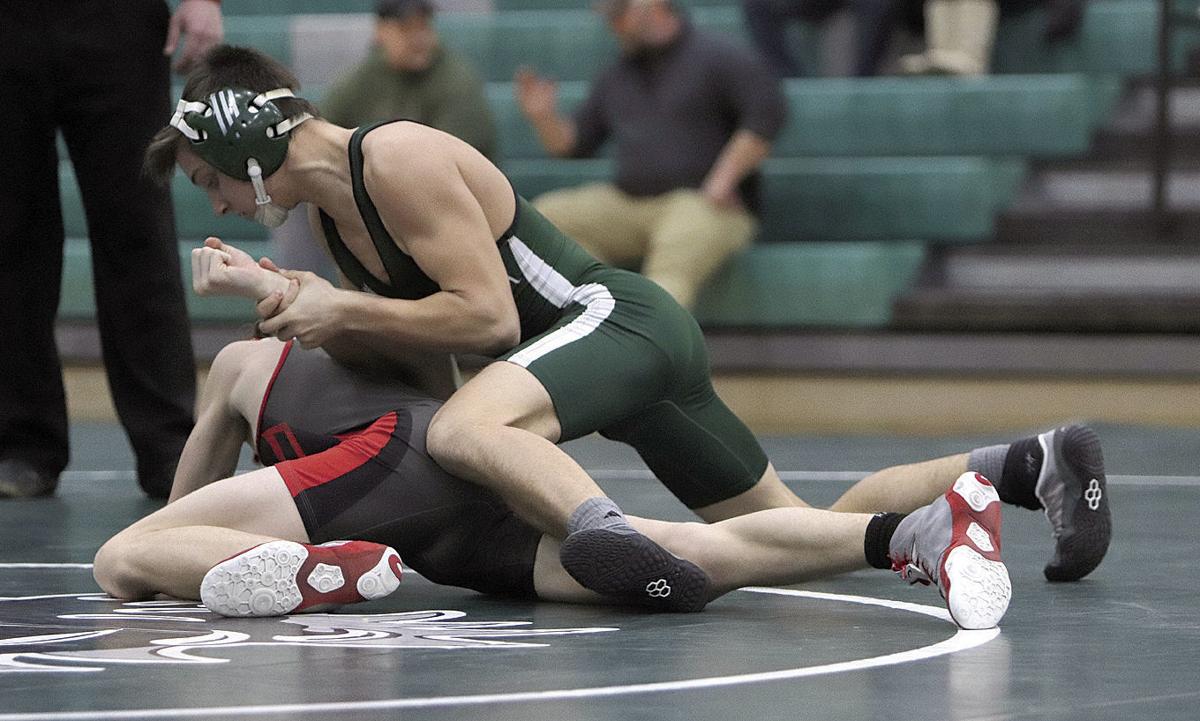 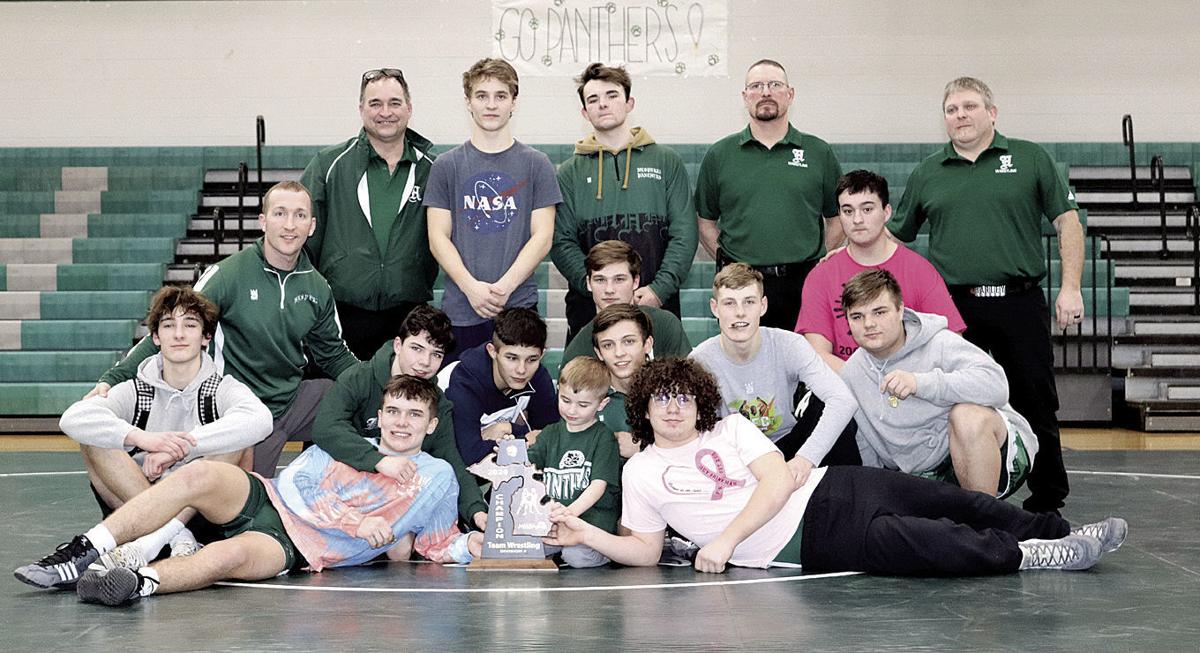 HESPERIA — Hesperia didn’t flinch in the role of favorite Wednesday night at the district tournament, rolling past Holton, 63-12, and beating Ravenna, 48-27, to earn the championship. It was the Panthers’ sixth title in eight years, and 21st in the last 25.

“Obviously, we’ve been shorthanded all year, and at the beginning of the season, we pointed to the end of the season and this as something being within our grasp,” Hesperia coach Doug Baird said of his team, which hasn’t filled the 14 weight classes this year.

Hesperia dominated the semifinals, winning all but one of the matches wrestled on the mat. Scoring pins in the semis were Mack Baird, Korbin Klaus, Kamryn Rosencrans and Alex Sayer. Aydan Sturtevant-Roesly also picked up a win by a close decision over Graham Resterhouse. The Panthers also took advantage of the undermanned Red Devils having to give away several forfeit wins.

In the finals against Ravenna, Hesperia again had the manpower advantage and used it well. Baird, Sayer and Rosencrans each earned their second pins of the evening, and Zander Nadjkovic also picked up a pin victory. Klaus, Isaiah Gardner and River Roberson each went 2-0 for the evening as well.

Hesperia advanced to Wednesday’s regional at Carson City-Crystal. The host Eagles are ranked #6 and are heavy favorites. Hesperia was set to wrestle Vermontville Maple Valley in the semifinals and advance to face Carson City or Martin in the finals with a victory.

“We line up real well with Maple Valley,” Baird said. They have five or six real accomplished wrestlers. If we can get by that, we’ll draw Carson City, and that will be a big challenge for us. We’ll hope to throw some Hail Marys.”