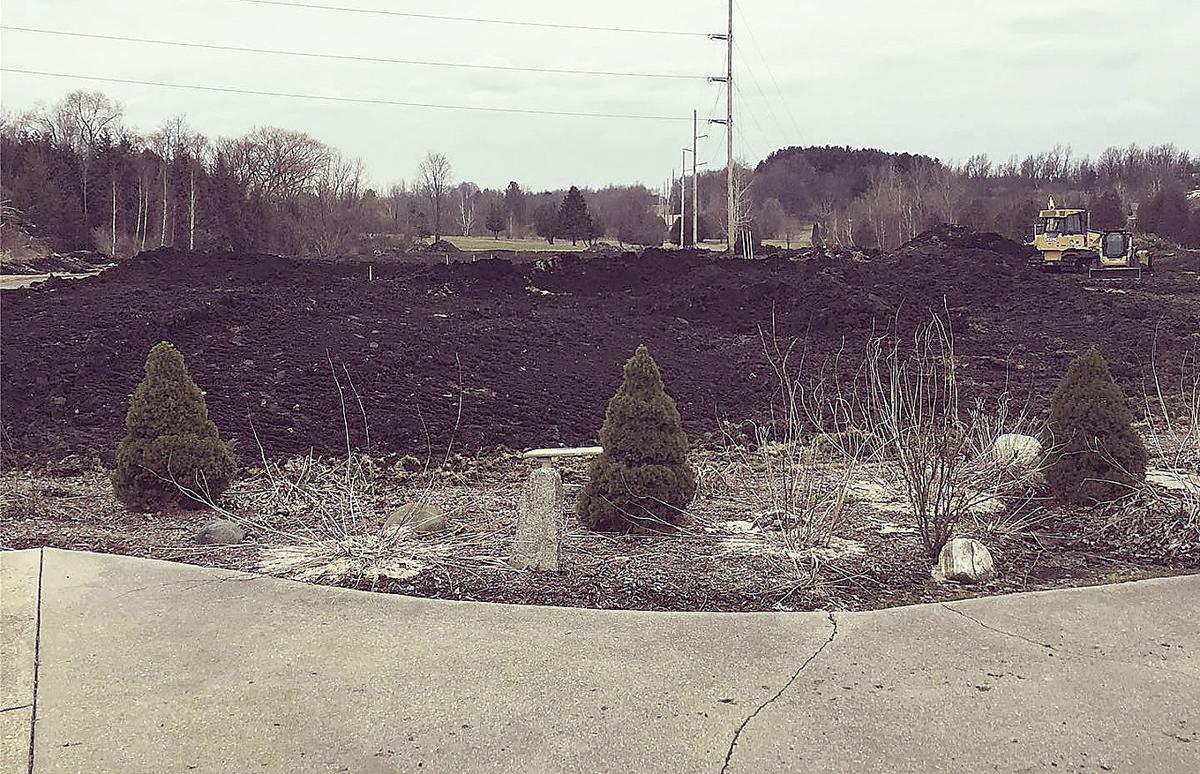 The Oceana Golf Club renovations, still in progress, are shown here in this photo from March. Oceana, like all golf courses in the state, is not permitted to be open for play due to the COVID-19 shutdown. 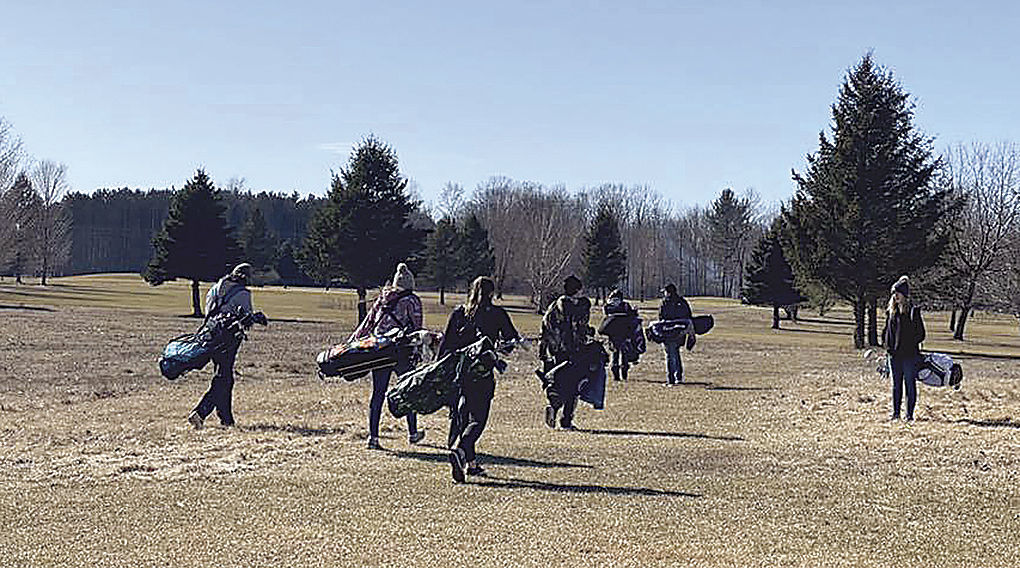 The Pentwater golf team walks across the Golden Sands Golf Course on an early practice day prior to the COVID-19 shutdown. The course will be closed to play due to current distancing guidelines in effect.

The Oceana Golf Club renovations, still in progress, are shown here in this photo from March. Oceana, like all golf courses in the state, is not permitted to be open for play due to the COVID-19 shutdown.

The Pentwater golf team walks across the Golden Sands Golf Course on an early practice day prior to the COVID-19 shutdown. The course will be closed to play due to current distancing guidelines in effect.

For a brief window of time in late March, it appeared local golf courses, at least, would be able to stay open in the new age of buzzwords like ‘social distancing’ and ‘flattening the curve’. After all, it’s at least theoretically possible to play golf while honoring the new COVID-19 guidelines we’re all living under these days.

For Oceana Golf Club, which has been undertaking all sorts of changes and repairs under new owner Jason Wenk, things up until then were going as planned. The course had assumed it would be opening for business April 1 as usual, albeit temporarily with only nine holes instead of 18 due to renovation. However, when OGC club pro Marc Inglis drove back from North Carolina earlier in March after going to watch his son Keaton play in a tournament for Wayne State before the shutdown — a tournament that was shortened by that shutdown — he could tell things might be different. Traffic was way down from what it was when he drove south.

“On Thursday they said, we’re done,” Inglis said. “We can’t play any more. Wayne State was ranked #1 in the region and #25 in the country. They had high hopes of making nationals and doing big things, and that’s just a shame. They were playing Pinehurst and some great courses down there.”

Inglis, who coaches JV girls basketball at Shelby and whose kids each played sports for the school, said he feels for the students and particularly the student-athletes who have had their senior years upended by the pandemic and its fallout.

It’s anyone’s guess how the pandemic will affect the course’s ability to start the year when, and if, it’s permitted to. It already was going to have to operate at less than full functionality at the start of the season due to extensive renovations being done, which the course has been chronicling on its Facebook page.

“Last fall, we put in a bunch of drain tile on (three of our holes) to eliminate some of the water problems we’ve had historically,” Inglis said. “We’re having a face-lift on the clubhouse: New paint, drywall, carpet, trim, cleaning up, and doing stuff that’s been neglected over the years. Down the road we’ll have a new clubhouse. Thank goodness we have texting, e-mailing, videoconferencing and things of that nature.

“I hope this doesn’t drag on until we start having events and leagues, because I’m not ready for that. We’ve been able to increase the size of our staff, thanks to our new owner wanting to do stuff we haven’t been able to. We knew there’d be a delay in the golf season simply because of what we’re doing.”

With the announcement by President Trump Sunday night that current distancing guidelines will remain in place through the end of April at minimum, OGC’s early-season events are now in peril. Prior to the shutdown, Inglis said members were excited to return to the course, perhaps even more than usual due to the circumstances.

“People need a release of some sort, and golf’s always been a recreational release,” Inglis said. “People get out here to get away from the stress of work or whatever’s bothering them. It’s our job to help them forget about that stuff on the golf course.

“I’m hoping for the best. I don’t have any control over that. we’re going along as if it’s going to be normal (this summer)...For now we’re planning on five or six weeks from now, being able to play a regular golf tournament.”

The same issues have hit each course in the county, although Golden Sands in Mears, at least, has the ability to offer take-out food service thanks to its Bucket Bar, which owner Alicia Kolenda has worked to emphasize over the years. She said earlier this month that the bar still planned to open on April 1.

Coincidentally, Kolenda said, the course had been working over the off-season to streamline their online operation and making it possible to reserve a tee time online and not even need to enter the pro shop. Had golf been permitted to continue, that would have made following the distancing guidelines easier.

“We have a whole new golf site where you can sign up for tee times online,” Kolenda said. “We have a portal so people can have a GPS and track their golf round on it and compete to win prizes on it. We amped up our online presence. Everything is based on being more individual-based.”

The course had also worked to beef up its food offerings, with a new menu, and was working on speeding up orders so there would be less wait time.

Unfortunately for Golden Sands, its emphasis on big events — for instance, Kolenda offers weddings at the course, and they have several “Golden Couples”, as they’re called, each year — could mean business is affected even when distancing guidelines are relaxed somewhat, as has been widely predicted will happen later in the year.

“We have a lot of big events, so out of all the businesses out there, it might affect us a little more than most if big gatherings aren’t allowed,” Kolenda said. “But on the golf itself, I think it will be fine. If we can’t have those big events, it might affect how many employees we have or how much they work. Hopefully, we get it figured out quickly.”

Both clubs are hopeful players will return to the course when they are permitted.

“I feel like people need to be active,” Kolenda said. “I think there are a lot of scary things out there today, not just the coronavirus. Being able to golf will give people the chance to be active, get some fresh air in a safe space with not a lot of people around.”

Inglis is particularly concerned with the future of the game, saying one of OGC’s planned initiatives was to kick-start a junior golf club to build young players’ interest in the game. He added that the course plans to offer free play to the students who had planned on coming out for the Tigers’ golf team prior to the shutdown as part of the emphasis on building youth interest.

“To all of a sudden have 12 kids be told their season’s over, that may cut off some of those kids from playing in the future,” Inglis said. “If golf got cut off when I was young, who knows what I’d be doing? I started in high school.

“It’s a mess. We just deal with it from day to day and try to stay as positive as we can.”