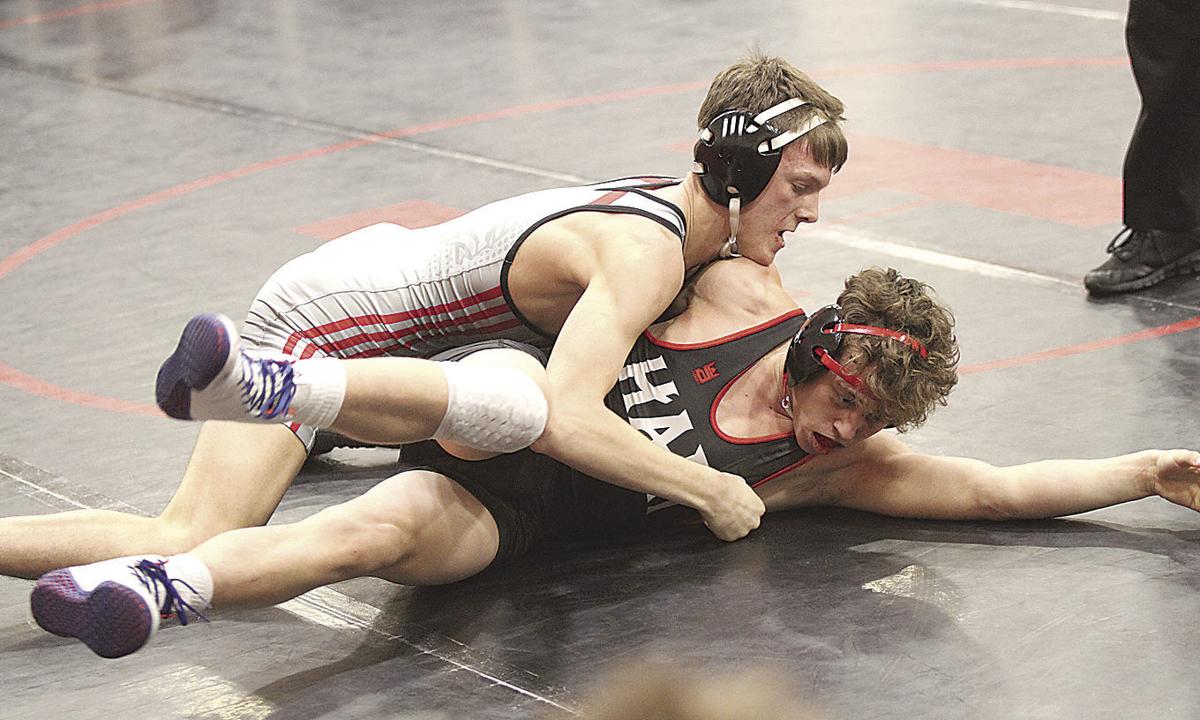 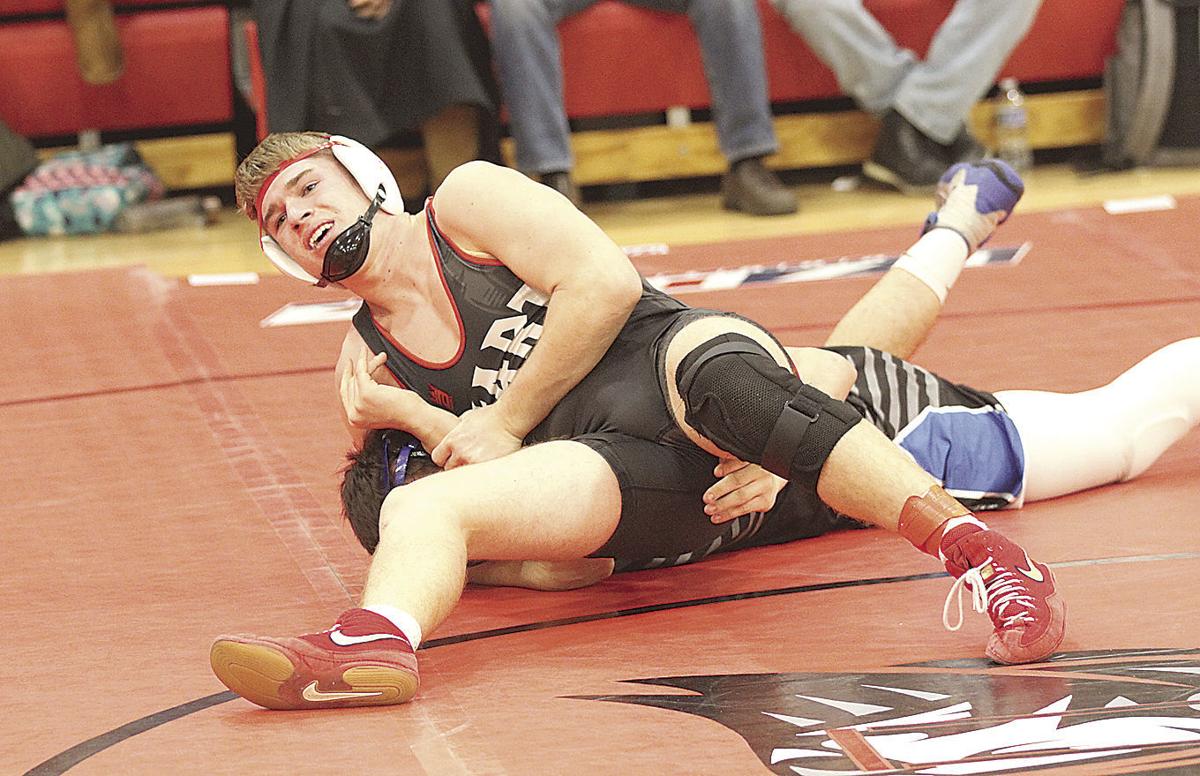 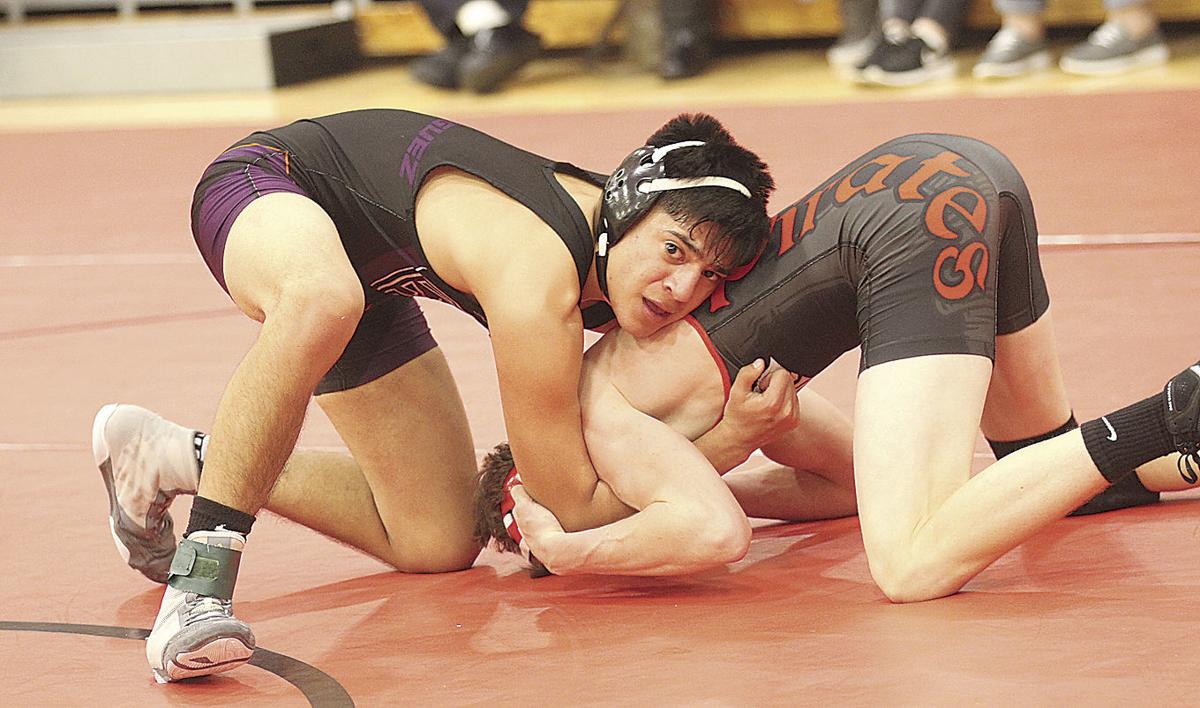 Shelby’s Lorenzo Rodriguez (left) looks at the clock during his match against Hart’s Spencer VanderZwaag during Friday’s WMC tournament in Hart. The Pirates finished in second place, while Shelby took fifth. 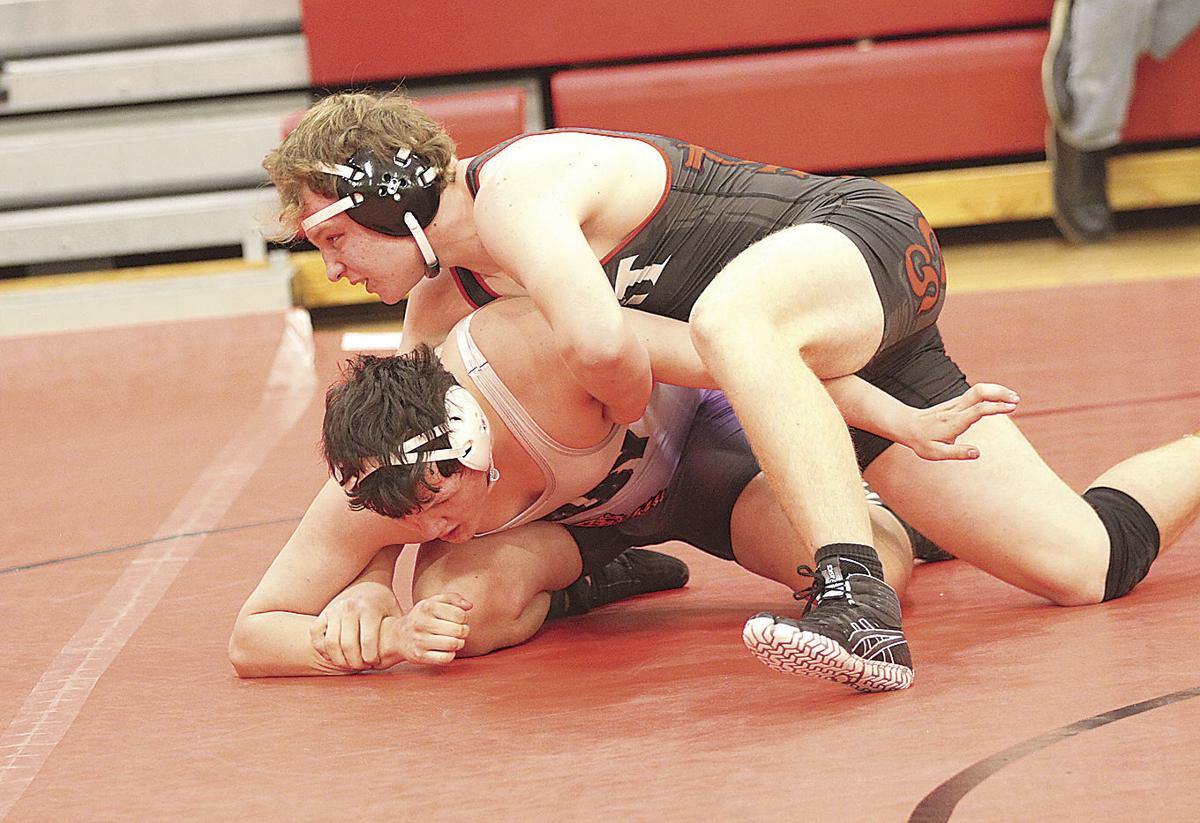 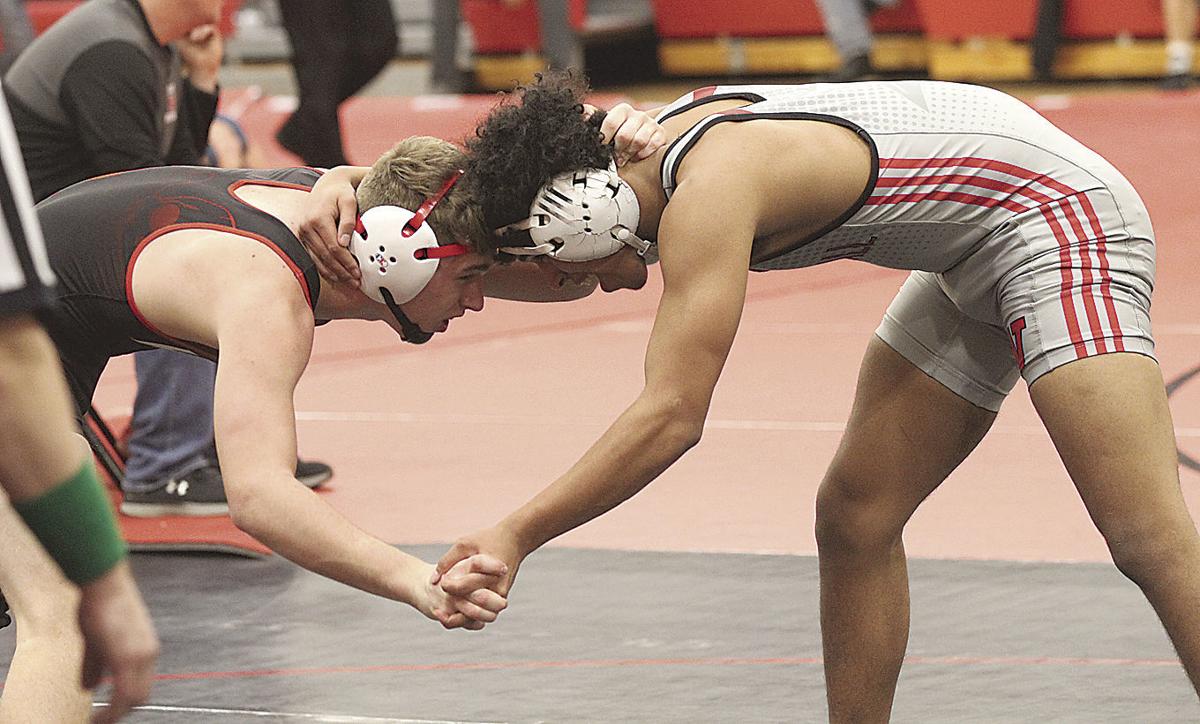 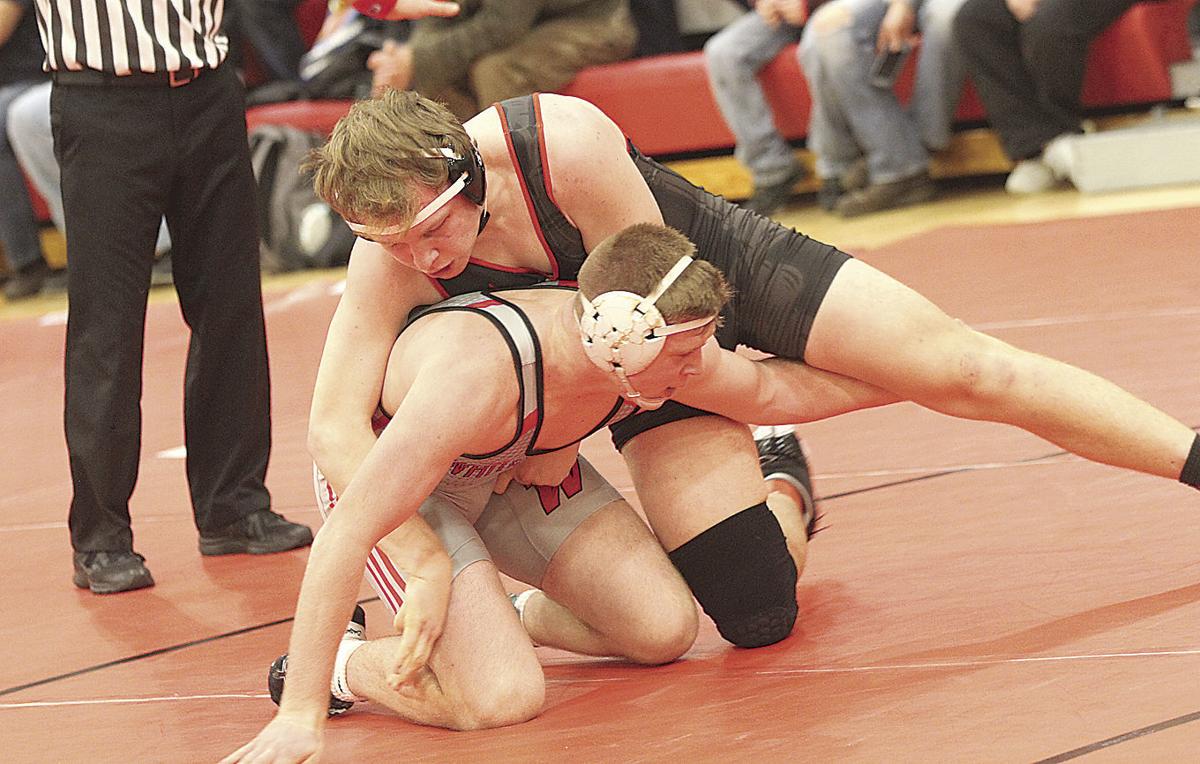 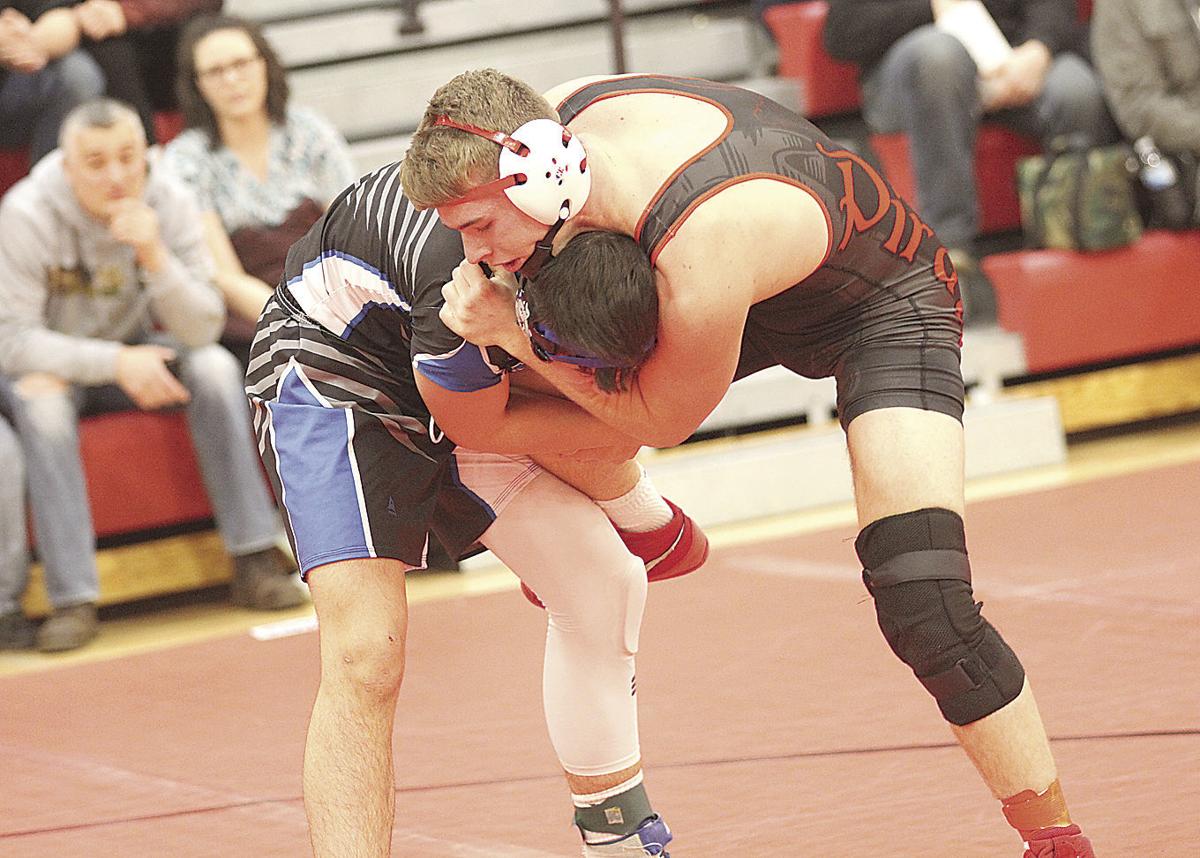 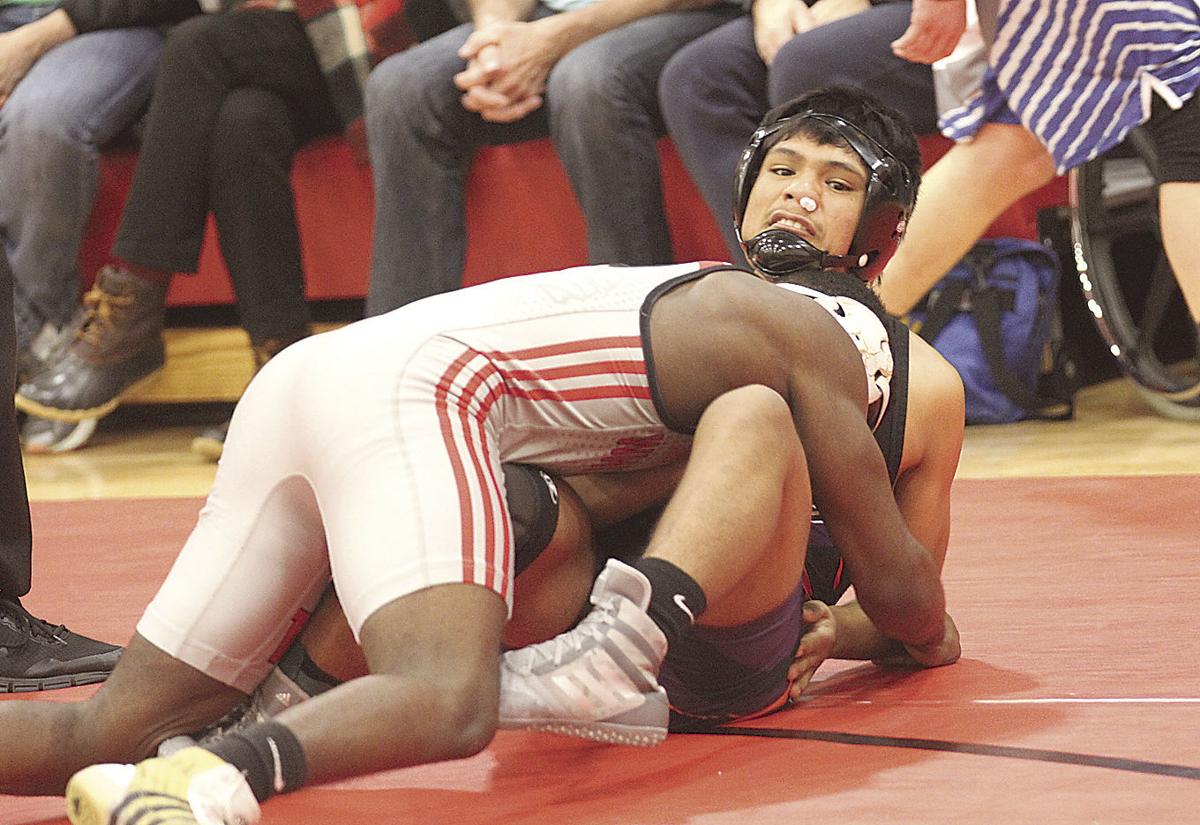 Shelby's Marco Garcia is forced to the ground by Whitehall's Marco Moore during Friday's WMC tournament in Hart. The Tigers took fifth place.

Shelby’s Lorenzo Rodriguez (left) looks at the clock during his match against Hart’s Spencer VanderZwaag during Friday’s WMC tournament in Hart. The Pirates finished in second place, while Shelby took fifth.

Shelby's Marco Garcia is forced to the ground by Whitehall's Marco Moore during Friday's WMC tournament in Hart. The Tigers took fifth place.

HART — There would be no stopping Whitehall Friday at the West Michigan Conference wrestling tournament, but the Pirates had a solid night of their own, taking second place and finishing over 170 points ahead of anyone besides the league champ Vikings. Shelby finished in fifth place.

Hart had several runners-up and one league champ, Leo Guadarrama, in a performance that stoked optimism for this week’s district tournament.

“We wrestled good,” Hart coach Brad Altland said. “The biggest thing for us is that we didn’t get injured. We’re leaving here healthy...we have some stuff to improve on, but we’re hoping we’ll have a good week next week.”

Guadarrama, at 171 pounds, went 4-0, earning three of his wins by pin. The decisive victory for him came against Whitehall’s Shane Cook, in a hard-fought 4-1 decision.

The Pirates nearly had a second champion, as Thomas Tanner went into his final match against Whitehall’s Kris Dowdell at 160 with a 3-0 record, and their match went to the ultimate tiebreaker. Dowdell, however, had scored first in their match, earning the right to choose his position for the tiebreaker. He chose to be in the down position and was able to escape, taking the 160-pound title with a 3-2 win.

Altland said Tanner has been banged up, and his performance was impressive.

The Pirates’ showing was another solid one in what has been a regular season that, for Altland, has exceeded expectations after a huge exodus of talent from last season’s squad. Despite those losses, the Pirates enter the postseason ranked #5 in Division 4, two spots ahead of Pine River, which they will face in the districts this week. Hart beat the Bucks in January at the Pine River Duals.

“The kids have had a great regular season that I’m not sure if I would’ve expected,” Altland said. “They’ve stepped up again and again in different ways.”

The coach said while practice will likely intensify leading up to the district tournament, the team chemistry his squad has developed through the season means actual changes in preparation will likely be minimal.

“We focus on and talk about doing what we’re doing in the mat room, but as much outside of the mat room,” Altland said. “Keeping our grades (up) and sleep habits, and keep it normal, to make sure we’re as healthy as we can be, so we don’t have any outside distractions.

“I’m happy with where our kids are at. Pine River has a different team now than when we wrestled them before. They have some ground to make up. We’ve got to wrestle well, and (if we do) I think we’ll be happy with the outcome.”