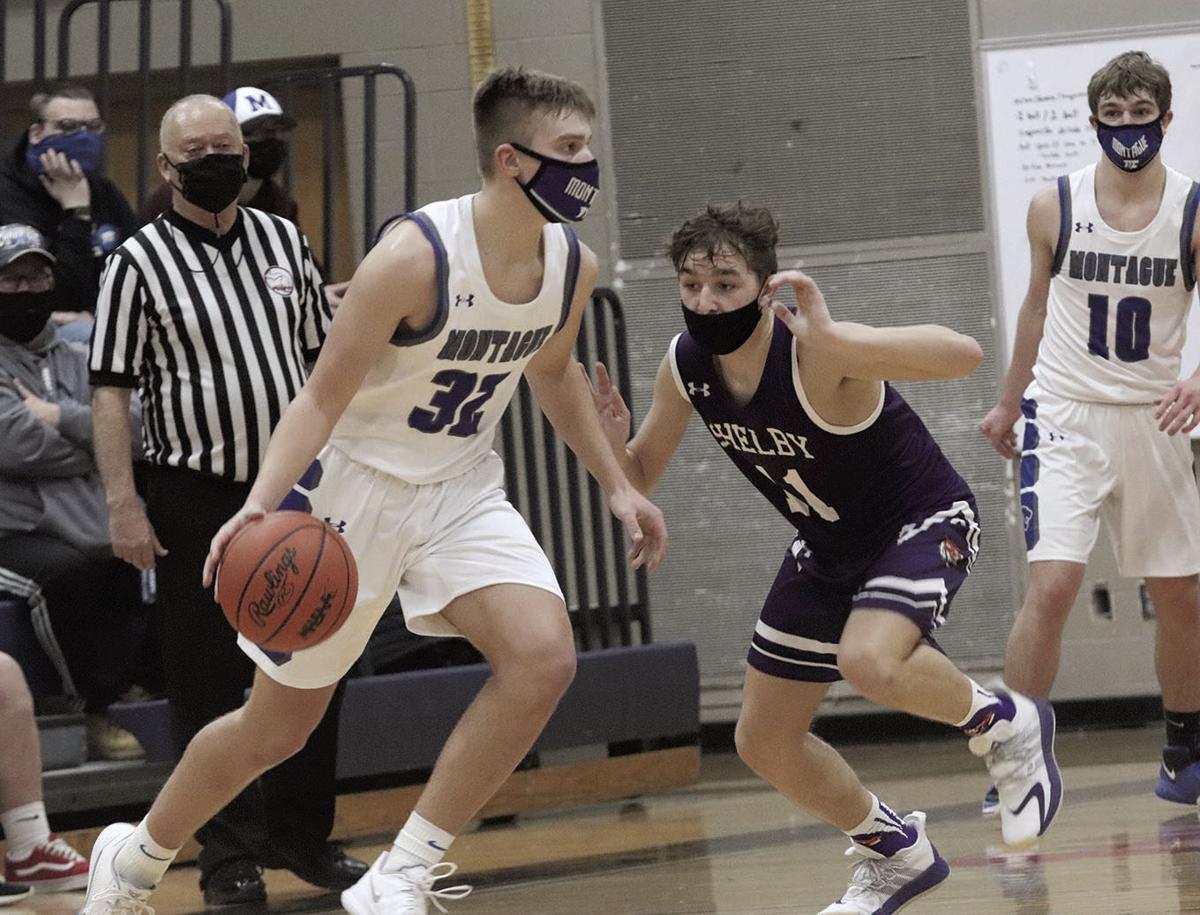 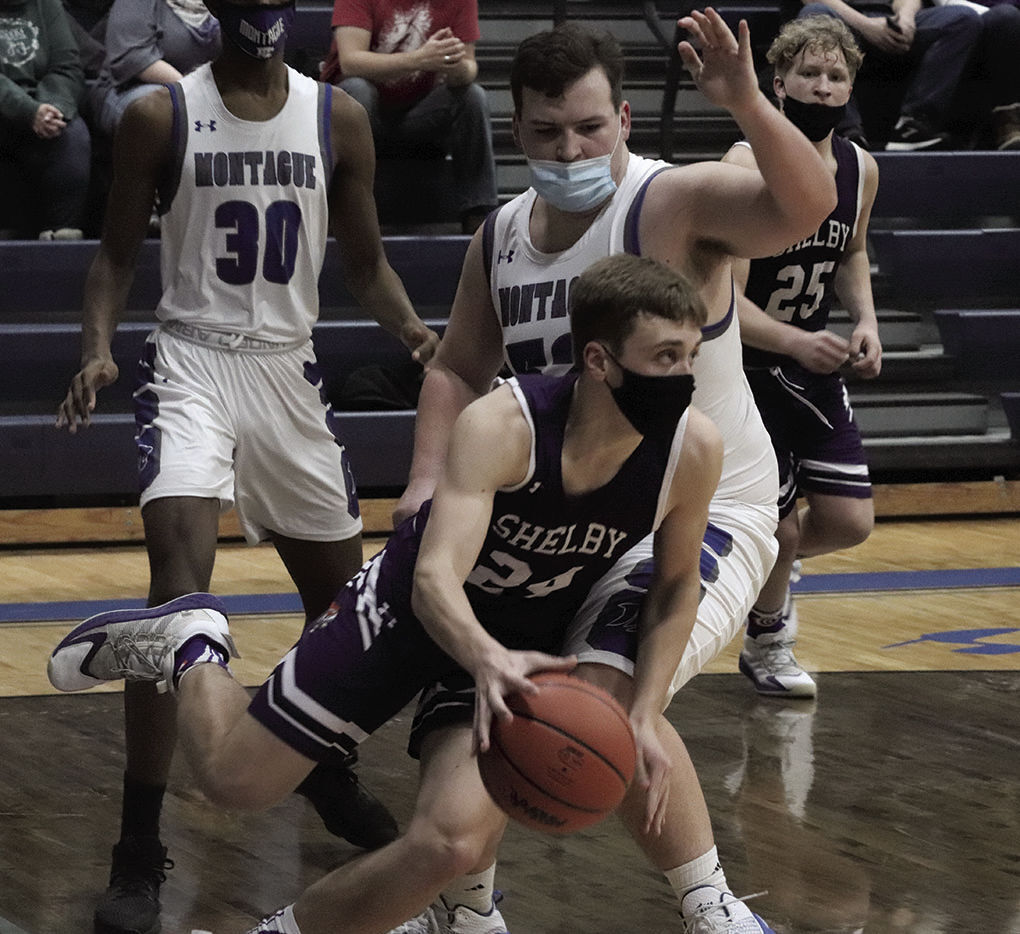 Shelby’s Logan Claeys (24) tries to force his way to the basket while Montague’s Hayden McDonald defends during Friday’s WMC game at Montague. The Tigers lost, 47-33. 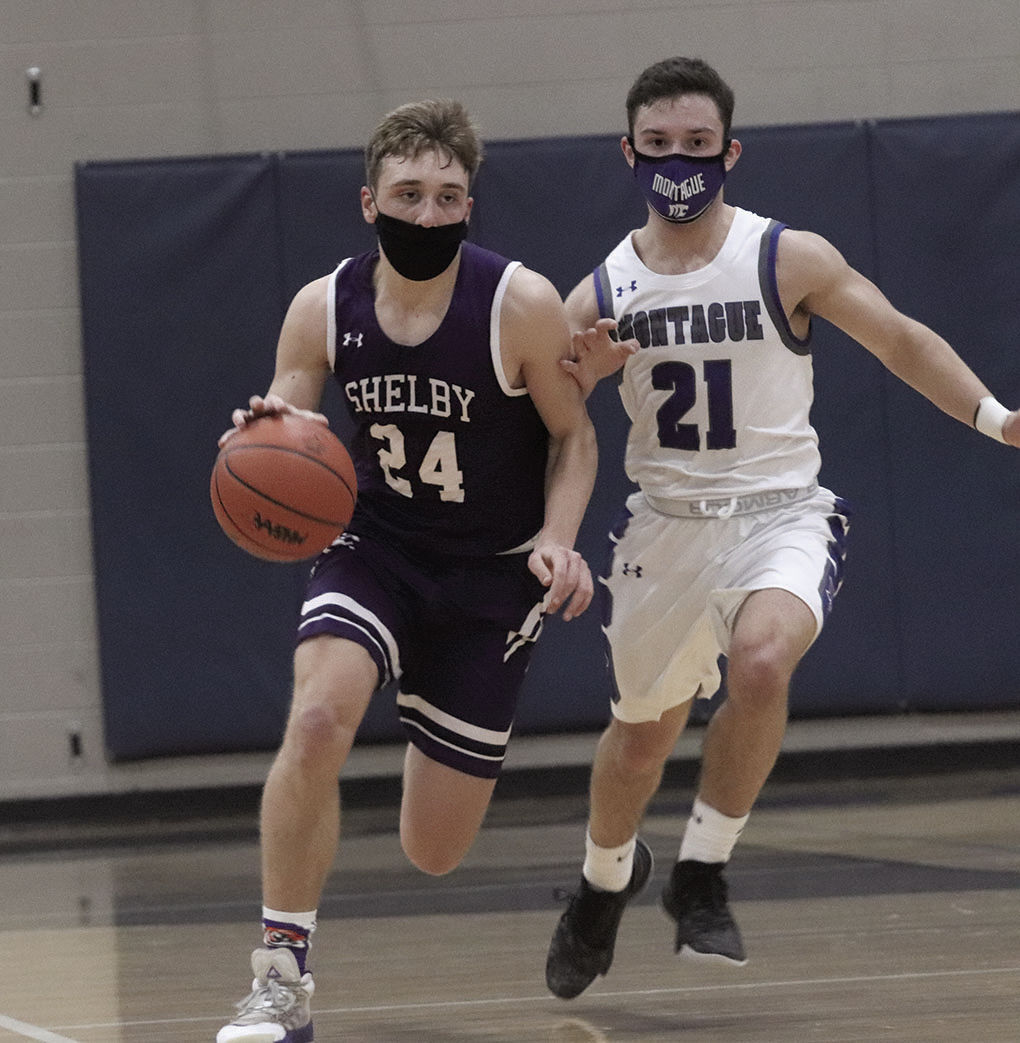 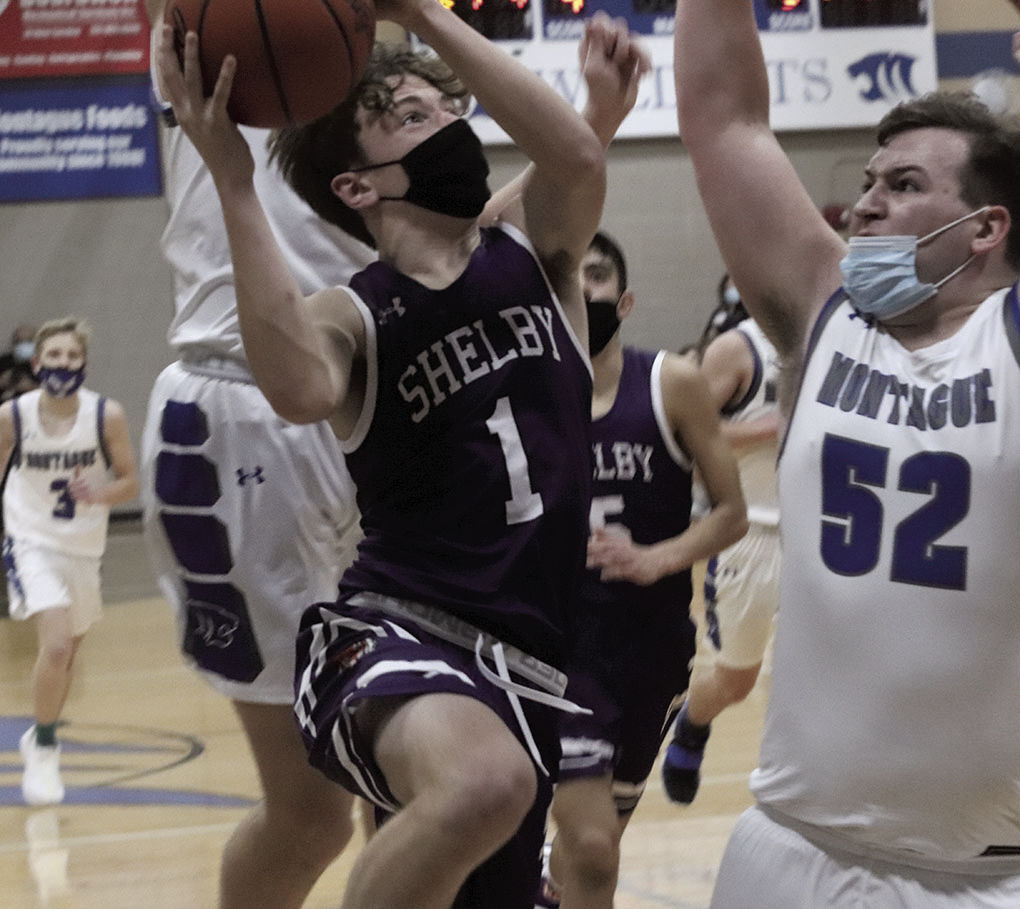 Shelby’s Carson Claeys (1) tries to get the ball to the basket while Montague’s Hayden McDonald defends during Friday’s WMC game at Montague. The Tigers lost, 47-33.

Shelby’s Logan Claeys (24) tries to force his way to the basket while Montague’s Hayden McDonald defends during Friday’s WMC game at Montague. The Tigers lost, 47-33.

Shelby’s Carson Claeys (1) tries to get the ball to the basket while Montague’s Hayden McDonald defends during Friday’s WMC game at Montague. The Tigers lost, 47-33.

MONTAGUE — Shelby’s 3-0 start was halted by a bigger, more powerful Montague team Friday night, as the Tigers struggled offensively in a 47-33 defeat.

Montague’s athletic front line forced Shelby to win the game from the outside, and the Tigers were unable to do it. Bishop Lee led the team with 10 hard-earned points on the inside, but the Tiger guards couldn’t add enough points to steal the win.

“When we play against a big team like that, a big, physical team, if we don’t make some outside shots, it’s going to be a long night,” Shelby coach Rick Zoulek said. “That’s where we struggled tonight. We tried to force some things, and we tried to force it inside, and...we haven’t faced a team like Montague that played that physical yet.”

The Shelby offense tried to find some open looks — one long third-quarter possession saw the ball whiz around the perimeter a few times to no avail — but it just wasn’t there for the Tigers.

Shelby’s best shot at getting ahead came late in the second quarter, as Mason Garcia hit a three-pointer and Lee knocked down two free throws, pulling the Tigers within a point at 20-19. However, Montague scored the next nine points.

Still, though, there have been solid signs from the Tigers, and Zoulek said he’d have taken 3-1 if it had been given to him prior to the first four games. The team has continued taking strides from a season ago.

“The chemistry is good on the team,” Zoulek said. “They’ve been working hard. I can’t ask for anything else from a coaching standpoint. We just have to clean it up a little bit. These kids are smart. They’ll come back and play a little better tomorrow.”

In addition to Lee’s 10 points, Joseph Hayes had eight points and Logan Claeys had six. Zoulek views that guard duo as the leading unit of the Tigers.

“They’re very good kids and very hardworking kids, and that’s contagious,” Zoulek said of the pair. “They mean a lot to the team. They do look for each other. They lead the team on the floor and in the locker room. I can’t say enough good things about those two.”