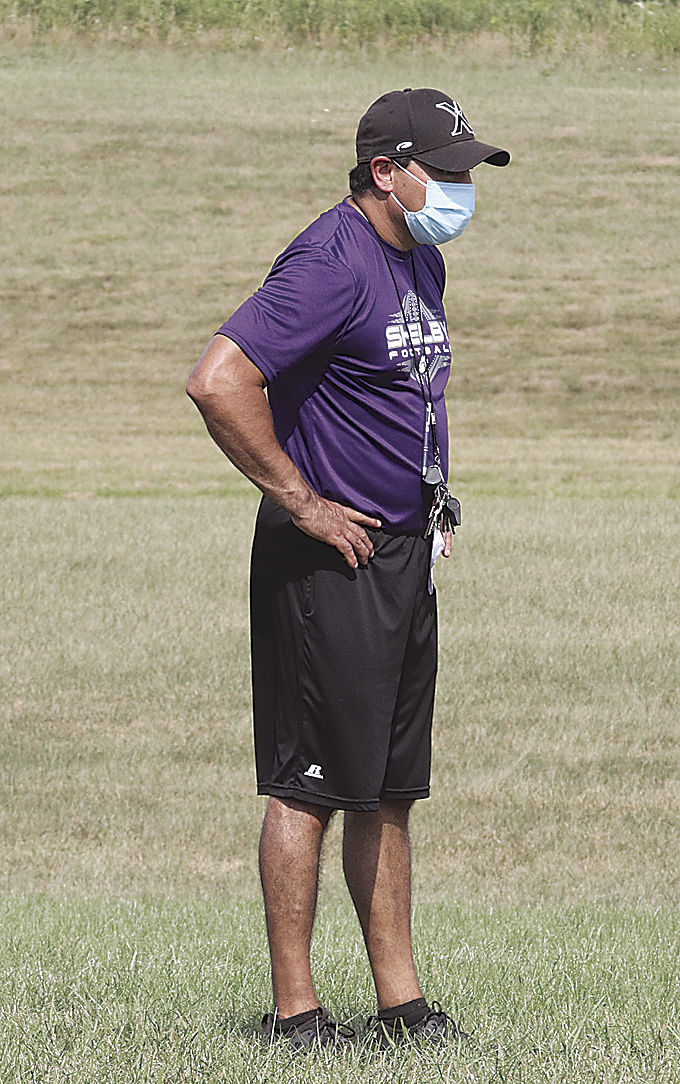 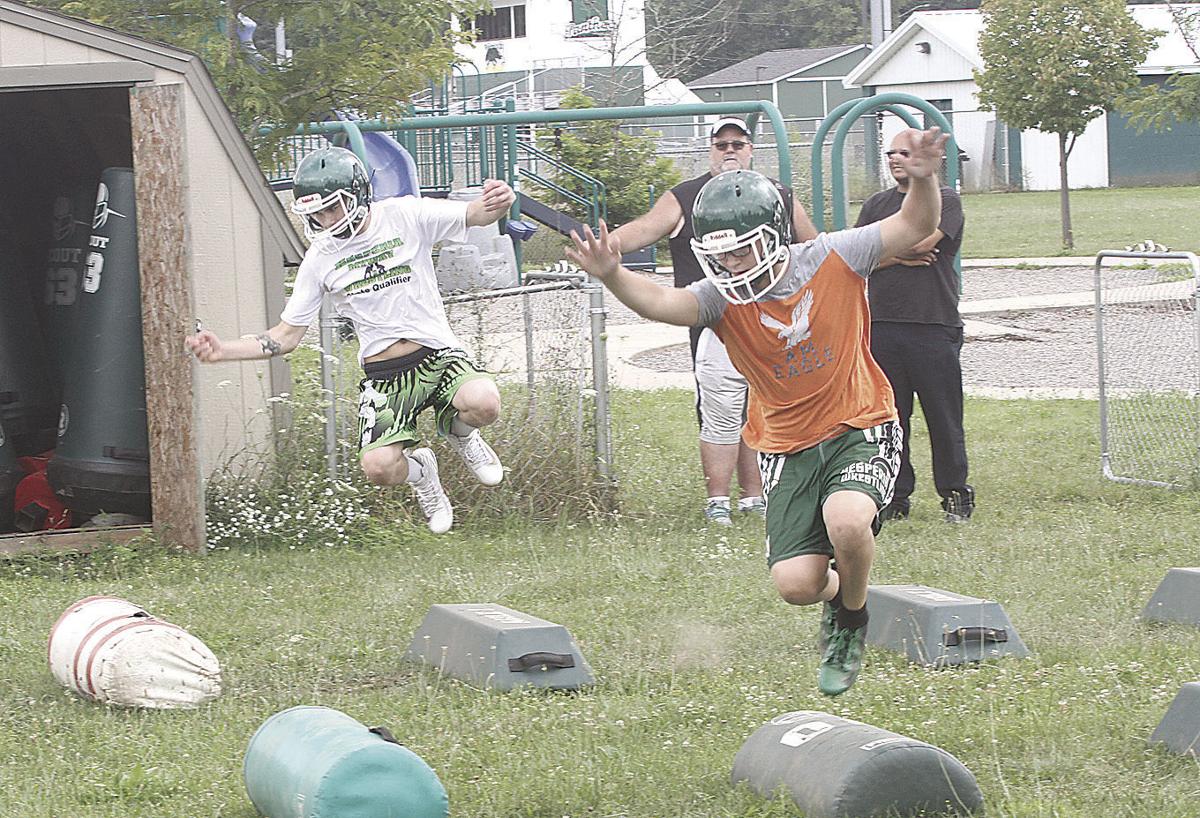 Hesperia football players take part in conditioning drills on the first day of practice in August 2019. Coach Doug Bolles (in back, left) looks on. Bolles recently resigned as coach after five seasons.

Hesperia football players take part in conditioning drills on the first day of practice in August 2019. Coach Doug Bolles (in back, left) looks on. Bolles recently resigned as coach after five seasons.

Two of Oceana’s football programs will see changes at the top for the 2021 season after Shelby coach Lorenzo Rodriguez joined Hesperia’s Doug Bolles in submitting resignations late this fall.

Rodriguez coached the Tigers for 15 seasons, and while his overall record was 59-84, he led the program to unseen heights during his time. The highlight was a span between 2010-13 that produced three West Michigan Conference championships, including an outright title in 2013, and back-to-back trips to the state semifinals in 2012 and ‘13.

Rodriguez said he knew for a while that he would step aside at some point soon and “try something new”, and with his son Lorenzo, who played quarterback the past two seasons, graduating from Shelby at the end of this academic year, the time was right.

“I had a plan years back,” Rodriguez said. “I enjoyed, over the years, getting to coach every one of my nephews. That makes for great Thanksgiving and Christmas dinners together to reminisce about, and it made for a great thing to share with my own son. That had a little bit to do with it, but it was way before that that I had a plan to (eventually) move on, maybe try a different level of football.

“There was a game plan set before (my son) became part of the program. He was a Montague student at one time, but when he decided to come play for me, that had an effect on how long I stayed.”

The longtime coach recalled his first meeting with parents after taking over the job, when he told attendees that he expected the program to win league titles and compete at the state level. At the time, those expectations seemed audacious; the Tigers had made only two playoff appearances in program history to date and had had only three winning seasons in the previous 15.

However, Rodriguez proved prescient, going 4-5 in his first season and then reeling off seven straight winning seasons, capped by those semifinal trips.

“We didn’t quite get to the pinnacle of winning a state title, but we got pretty close, and validated it by doing it two years in a row,” Rodriguez said.

Although the Tigers have struggled in the years since, in part because of low participation numbers in the program, Rodriguez said he is proud of the work he did at Shelby, and, beyond the wins and losses, will carry the relationships he built with him going forward. Among the several names Rodriguez mentioned were longtime assistant Phil Fortier, current assistants Corey Phelps and Tom Brozek, former assistant Rick Witteveen, and two former players-turned-coaches, Tigers’ JV coach Graham Herin and current Comstock Park head coach Doug Samuels.

“Last but not least, the administration at Shelby that’s supported me along the way, and certainly my wife, daughters and son,” Rodriguez said. “It wouldn’t have been possible without them. We were able to make it happen for a few years there.”

Rodriguez said he wasn’t going to “let the cat out of the bag” regarding his future plans — his day job is in technology support — but he certainly isn’t ruling out a return to coaching at some level someday.

“I appreciate the opportunity Shelby Public Schools gave me,” Rodriguez said. “I just wanted to try some new ventures in the future. Maybe coaching, maybe not, but I’m going to go down a different path.”

Bolles, meanwhile, at one point coached three sports at Hesperia — he helmed boys basketball and softball along with football — but now won’t coach any after leaving the football position. Bolles said he had no regrets about returning to his alma mater in 2016, “other than I wish we could have won more games.” He led the Panthers to a playoff berth in his first season before low participation numbers led to struggles from 2017-19. However, the Panthers bounced back with a 4-2 regular season record this year.

“I built some great relationships with my players and coaches, and win or lose, I love high school football,” Bolles added. “Thankful for the effort my kids and coaching staff put forth to have a winning season.”

Bolles, too, is not ruling out a return to coaching in the future, saying, “Is it for good? We shall see.”