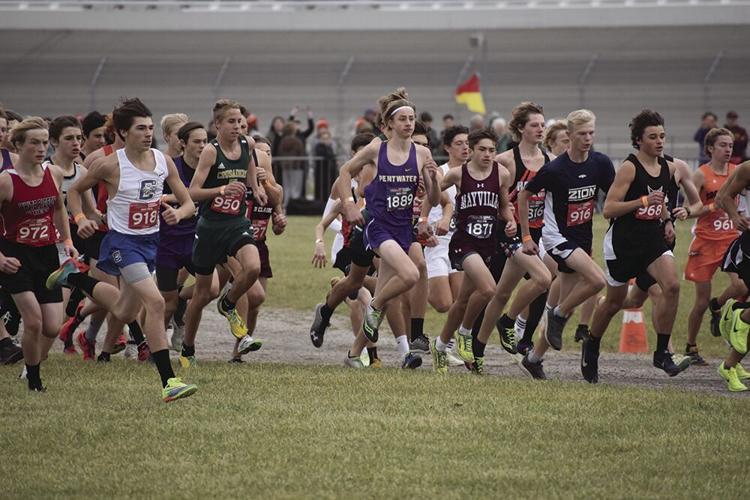 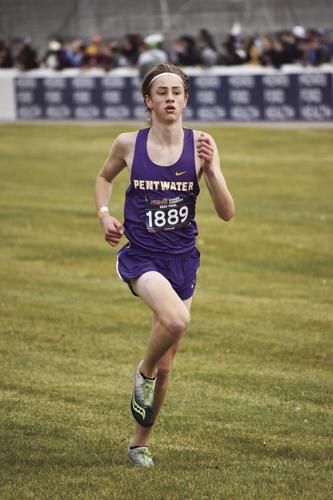 BROOKLYN, MICH. – It has been nearly 30 years since a Pentwater boys cross country team had qualified for state, that is until Erika Fatura’s group did just that in 2022.

The Falcons placed third at their Regional competition in Buckley a week before they headed to Brooklyn’s Michigan International Speedway to take part in the state finals. Only the top three teams from that Regional meet would advance, meaning Pentwater was the final team to earn a spot.

“It’s difficult to put into words just what a fabulous day the team had at the Regional meet,” Fatura said after that meet. “I had envisioned it a thousand times in my head and the reality was ten times more amazing.”

So Pentwater got to work preparing to compete on high school’s biggest stage and they came through in impressive fashion. Out of a challenging number of nearly 400 schools competing, the Falcons were able to take 15th as a team in the division four race.

Abie VanDuinen continued to lead Pentwater, narrowly missing out on an All-State placement as he crossed the finish line in 35th place with a time of 17:28.54.

“Abie was our top finisher. He just missed earning All-State honors, but already has goals for next year,” Fatura said. “We have a young team with four freshmen and only one senior, so we are definitely looking forward to making a return trip next year.”

“James Davis ran his final cross country meet as a Falcon today,” Fatura said. “He has been running cross for seven years. His presence on the team as a role model and hard worker is going to be missed immensely.

“We are all so proud of all the boys. It was incredible and it’s a great day to be a Falcon.”