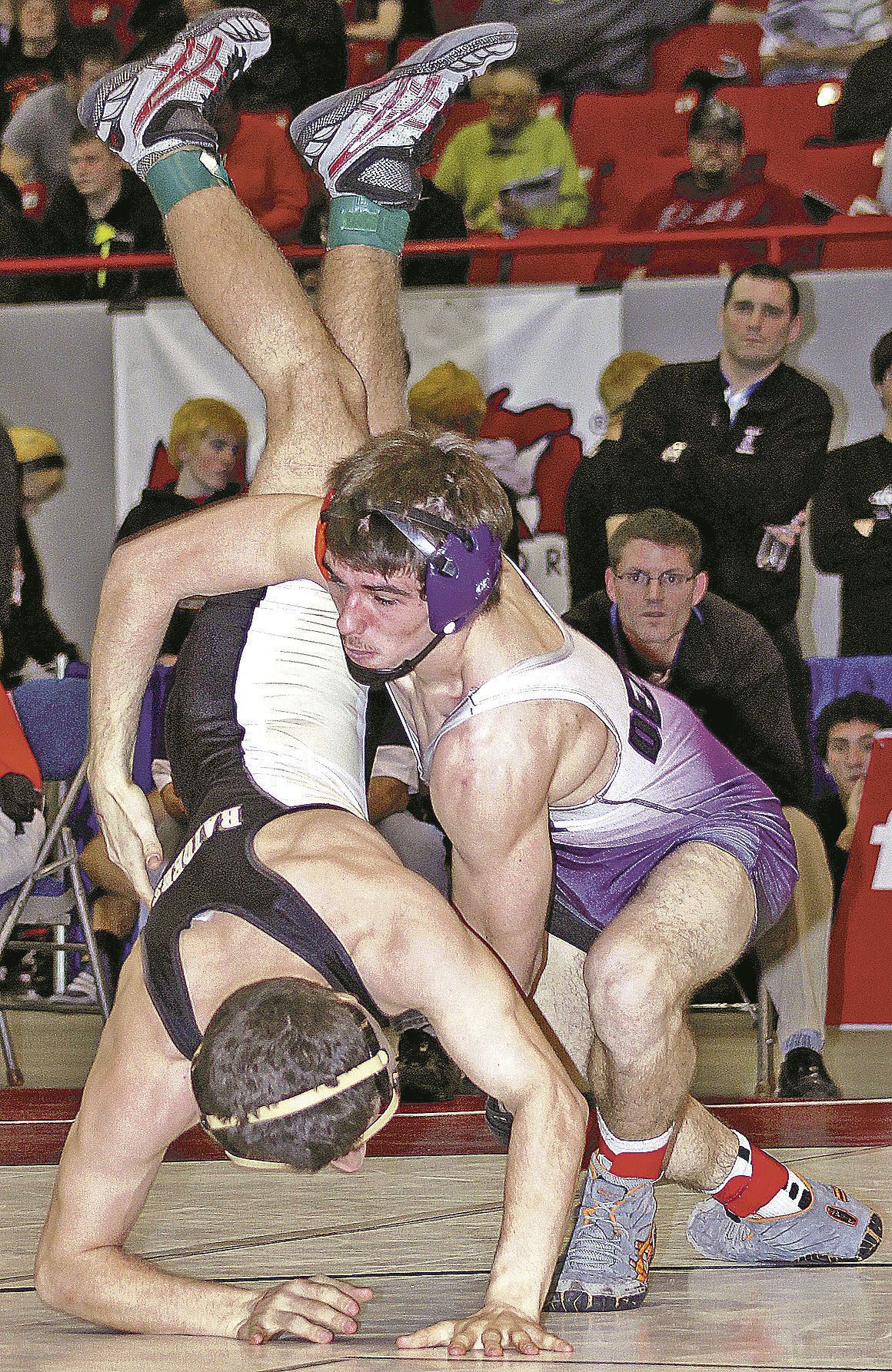 Shelby coach Ed Felt (center right) keeps an eye on the action as Tigers’ wrestler Trevor DeZwaan gets a takedown against Decatur in the 2012 state quarterfinals. Longtime assistant Dustin Dean looks on. Felt retired as Shelby coach after last season, and Dean is his replacement. 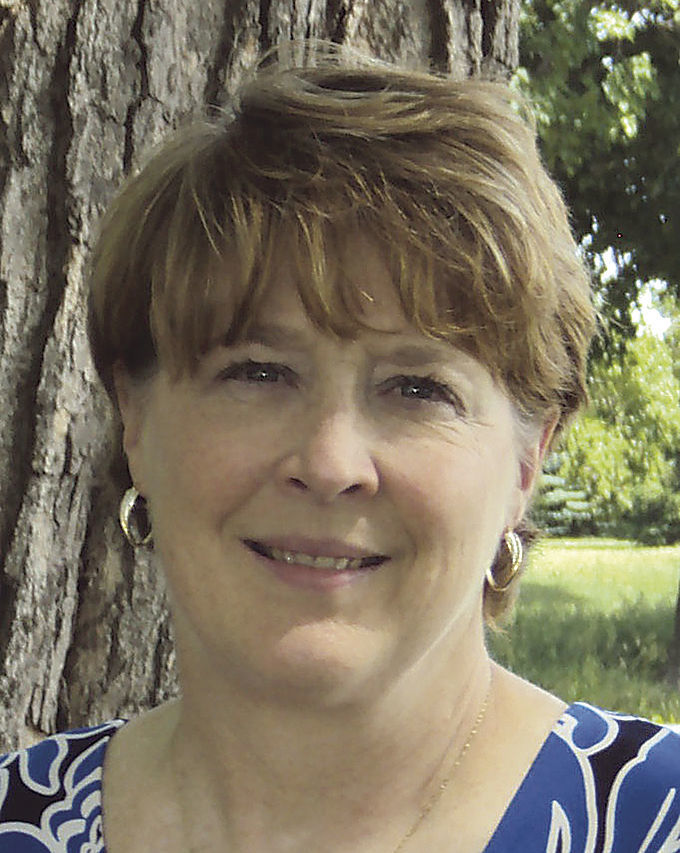 Shelby coach Ed Felt (center right) keeps an eye on the action as Tigers’ wrestler Trevor DeZwaan gets a takedown against Decatur in the 2012 state quarterfinals. Longtime assistant Dustin Dean looks on. Felt retired as Shelby coach after last season, and Dean is his replacement.

Now-former Shelby coaches Penny Grinage-Guy and Ed Felt probably didn’t time their decisions to retire in the same year, but it was fitting the duo left after 2018-19, each capping remarkable and lengthy stretches at the school that shaped their programs.

Both were transformative figures for Shelby winter sports, enjoying success not often seen at their school, or any school, for that matter.

Felt began coaching Shelby wrestling in 1996, soon after his collegiate career, which traversed Eastern Michigan, Grand Valley State and Ferris State, ended. The coach had wrestled here, and done so very effectively as a four-time all-state wrestler, so he came in knowing what a successful Tiger team might look like.

In his 22 years as coach, he amassed an array of trophies, highlighted by the Tigers’ run to the Division 4 state finals match in 2012 that earned him state coach of the year honors. It was a magical run that included an upset victory over Hesperia in the district finals and a win by tiebreaker over New Lothrop in the state semis, before falling just short to the Hudson dynasty of the time in the championship match. It was the best finish by Shelby in the team wrestling state championship era — the Tigers do have two state titles, in 1969 and 1972, that were determined by cumulative individual placement.

Felt also had the privilege of coaching his sons Dylan and Nick, as well as his nephew Austin, each of whom earned all-state honors in their careers.

By the time Felt was done after the 2018-19 season, he had compiled nearly 600 victories as head coach. That total ranked just outside the top 10 among active coaches nationwide according to the National Federation of State High School Associations. (Underscoring the strong wrestling tradition statewide, eight of the names ahead of Felt’s were also those of Michigan coaches.)

Felt said the decision to step down after so much success and so many memories was “one of the toughest decisions of my life”, remarking that he’s been competing in the sport, whether on the mat or in the chair, for 44 years.

“But it is the right time to give Dustin the opportunity to do great things and lead great men,” Felt said. “Wrestling will always be a big part of who I am, it will just be in a different role.”

The man trusted to replace Felt was Dustin Dean, as profiled in the OHJ last week. Dean, a longtime Shelby assistant coach who wrestled for Felt and won a pair of team national championships at Grand Valley State, made no bones about the enormity of the shoes he’s stepping into.

“Let me be the first to say it,” Dean said. “These are big shoes to fill. Coach Felt has inspired and coached young athletes for the last 22 years. It will be a bit of a change for me being the man in the chair.”

Felt was just the third coach in the 52-year history of the program, coming after Gary Darling, who led Shelby to those two state titles, and Terry Porrett. Dean will make number four, and the Tigers would count themselves fortunate if he can have as much success as the men who came before him.

Grinage-Guy said she made the decision to move on last spring, after the Tigers completed another West Michigan Conference championship season. She was one of the longest-tenured cheer coaches in the country, having worked in the sport for over 40 years. She coached for over two decades at Shelby, turning the Tigers into a competitive program known for its success statewide.

Her teams’ top performance came in 2003, when it finished fifth at the state finals. The Tigers were regulars at the state meet under Grinage-Guy, and after briefly falling behind rival Hart earlier this decade, spent the past few seasons reasserting their dominance of the WMC.

It’s fitting that, as with the wrestling job, Shelby went to a former Tiger to step into the cheer job, as Sarah Schaner, who cheered and coached under Grinage-Guy, took over the position. Like Dean, Schaner said she owes a debt to her former coach for schooling her in what makes a successful program.

“Having the opportunity to coach at the varsity level after Penny is an amazing one,” Schaner said. “I learned from her what it takes to truly be a Tiger and what it means to bleed purple.”

Both Felt and Grinage-Guy won’t soon be forgotten at Shelby for what they brought to their respective sports.

Areas of freezing fog early. Cloudy with snow. Temps nearly steady in the low to mid 30s. Winds SE at 5 to 10 mph. Chance of snow 80%. Snow accumulations less than one inch.

Snow showers in the morning will give way to a mixture of rain and snow in the afternoon. Temps nearly steady in the mid 30s. Winds E at 10 to 15 mph. Chance of precip 80%. Snowfall around one inch.