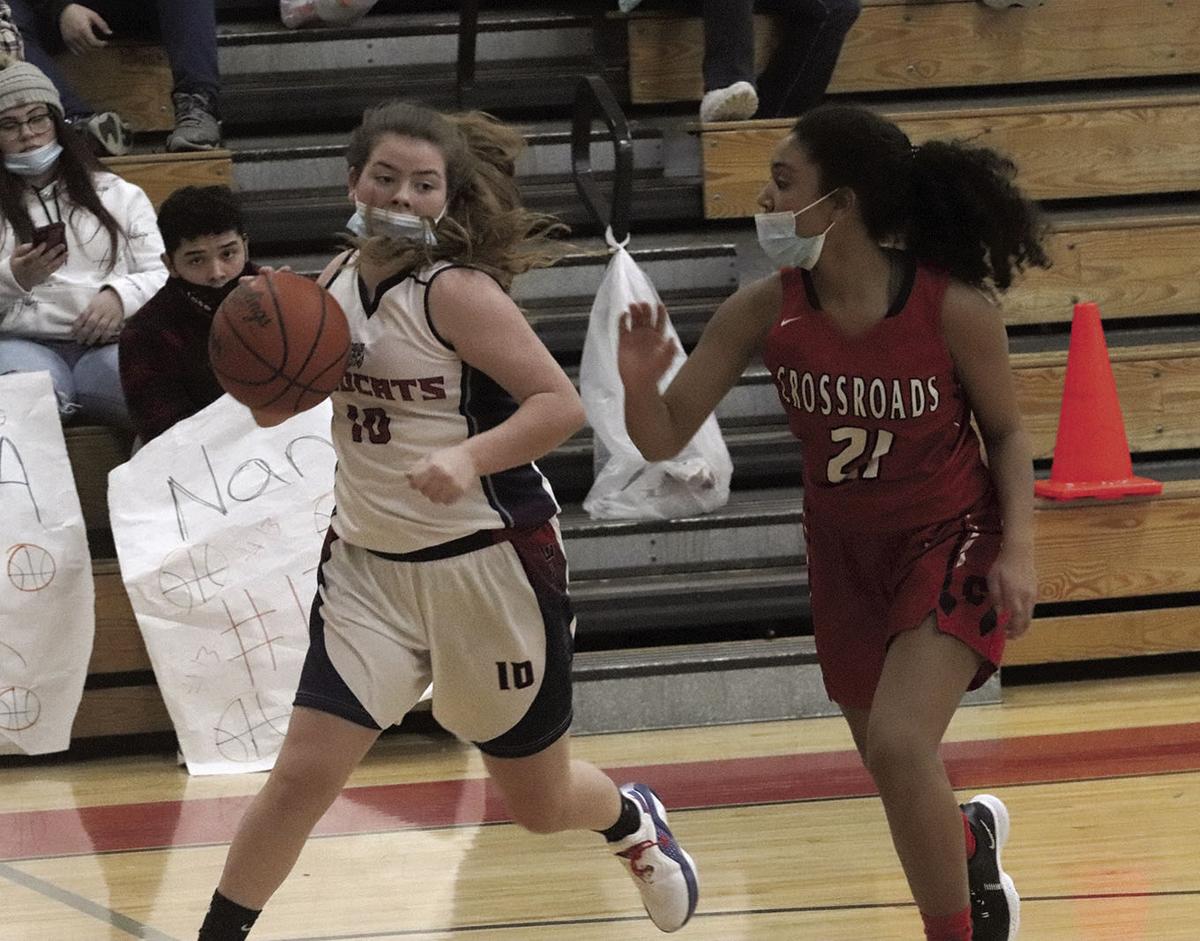 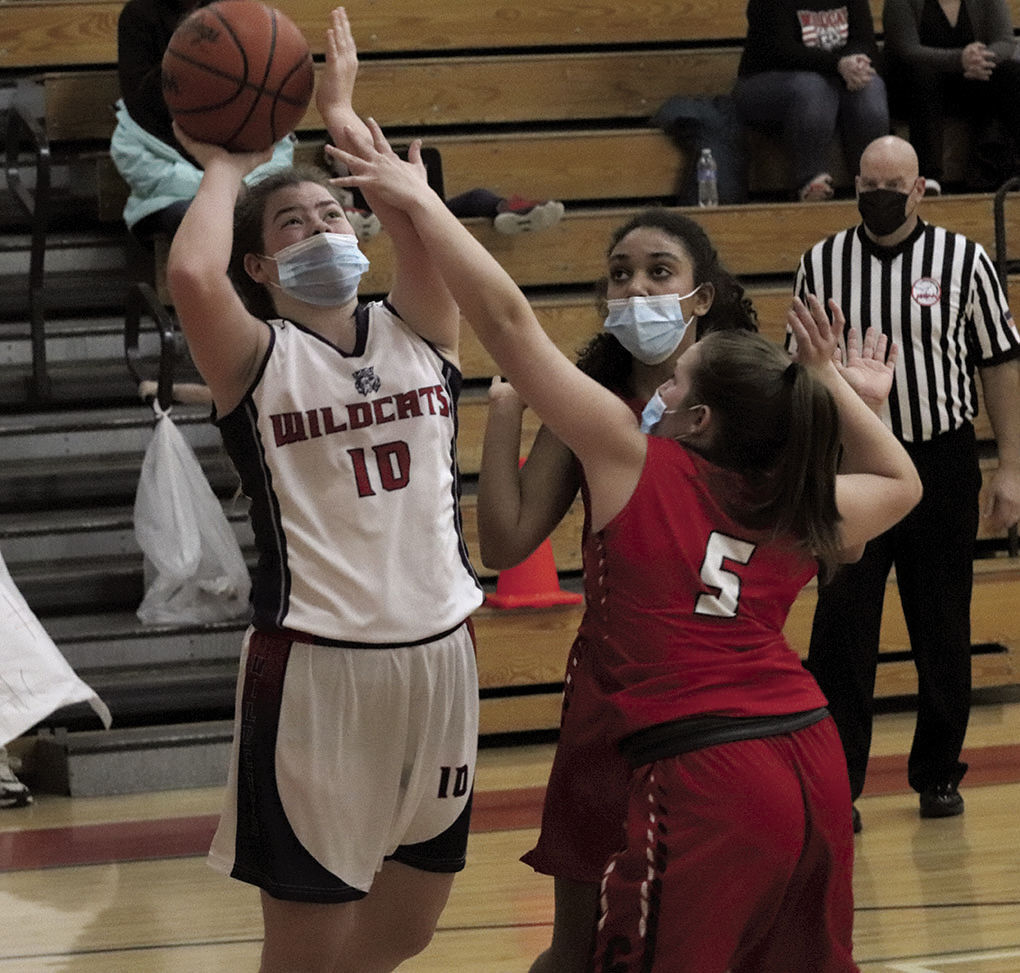 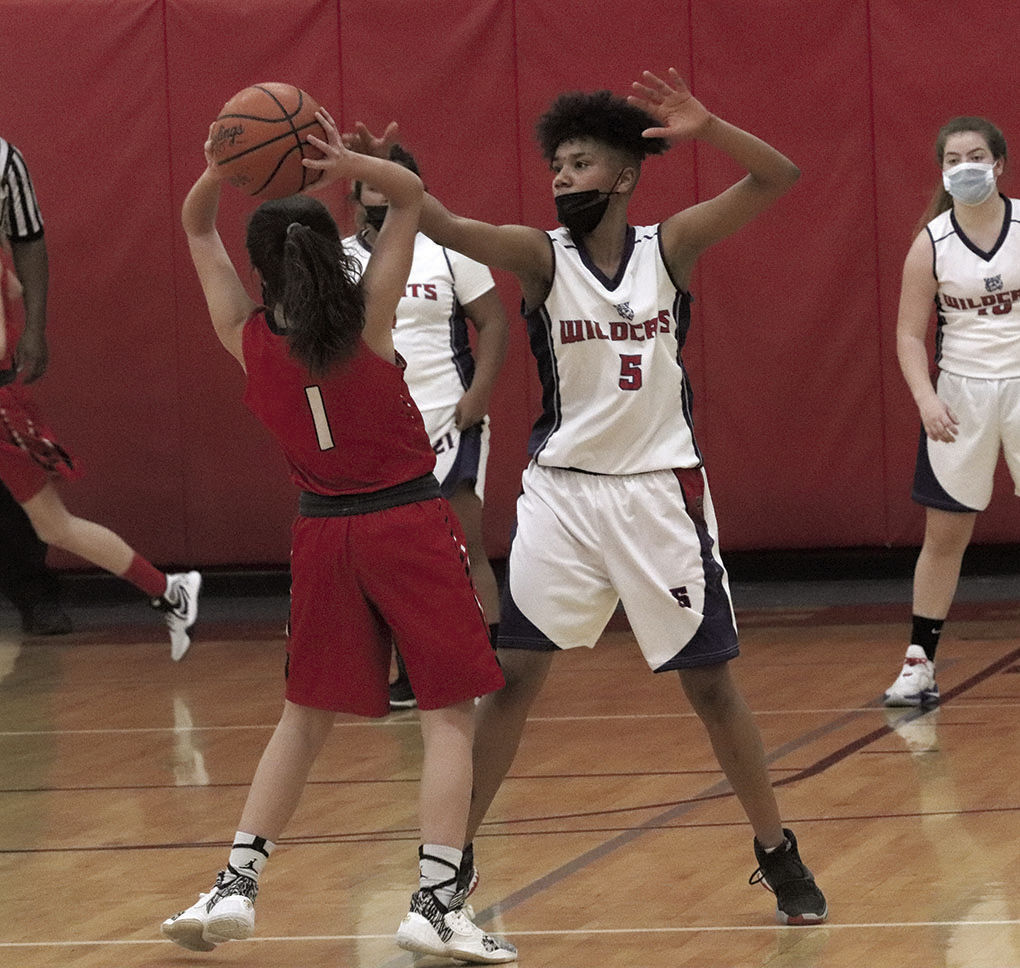 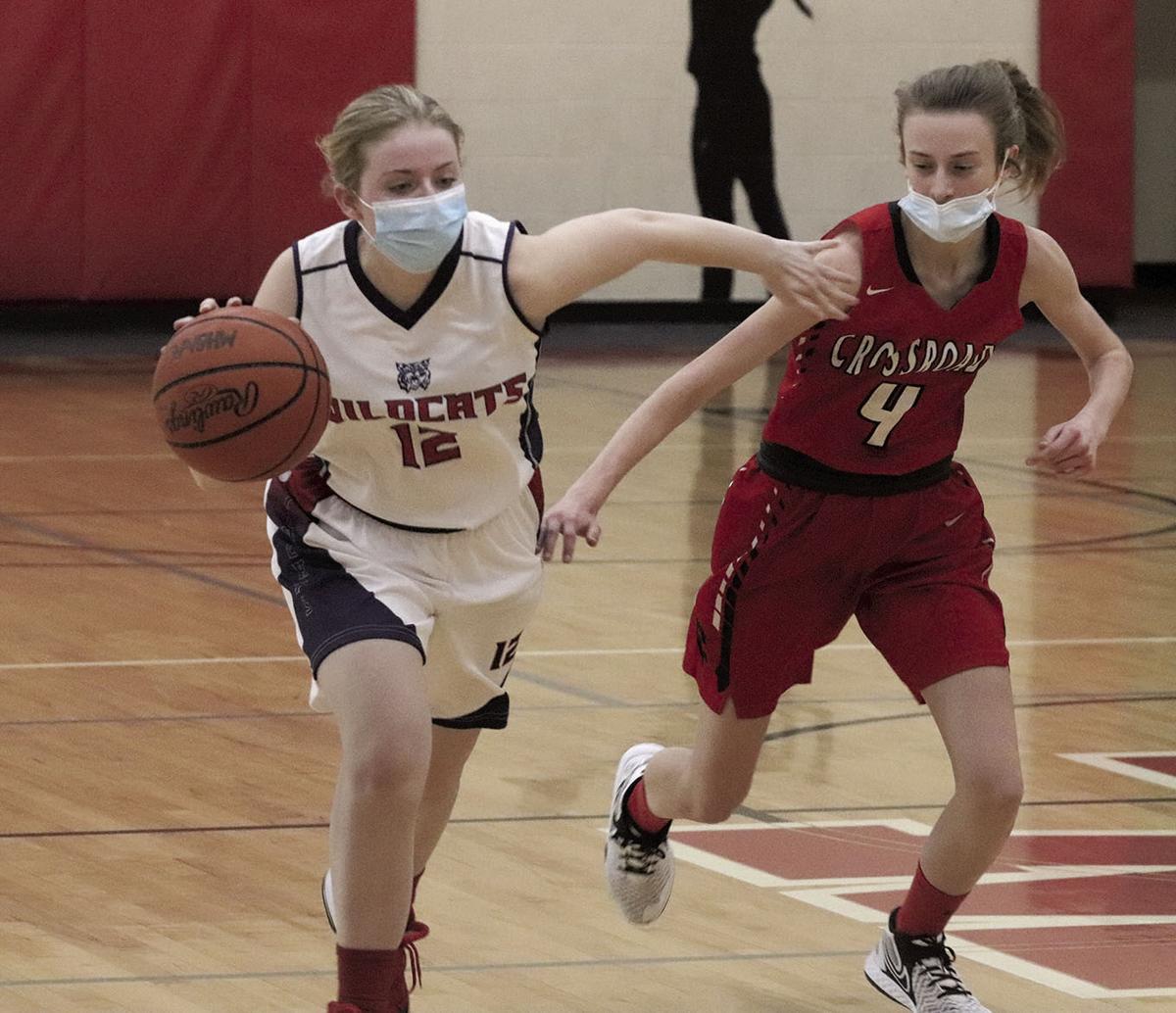 Walkerville's Jenna Drum (12) gets past Big Rapids Crossroads' Mellie Thompson on a drive during Tuesday's game at Walkerville. The Wildcats won, 55-16. 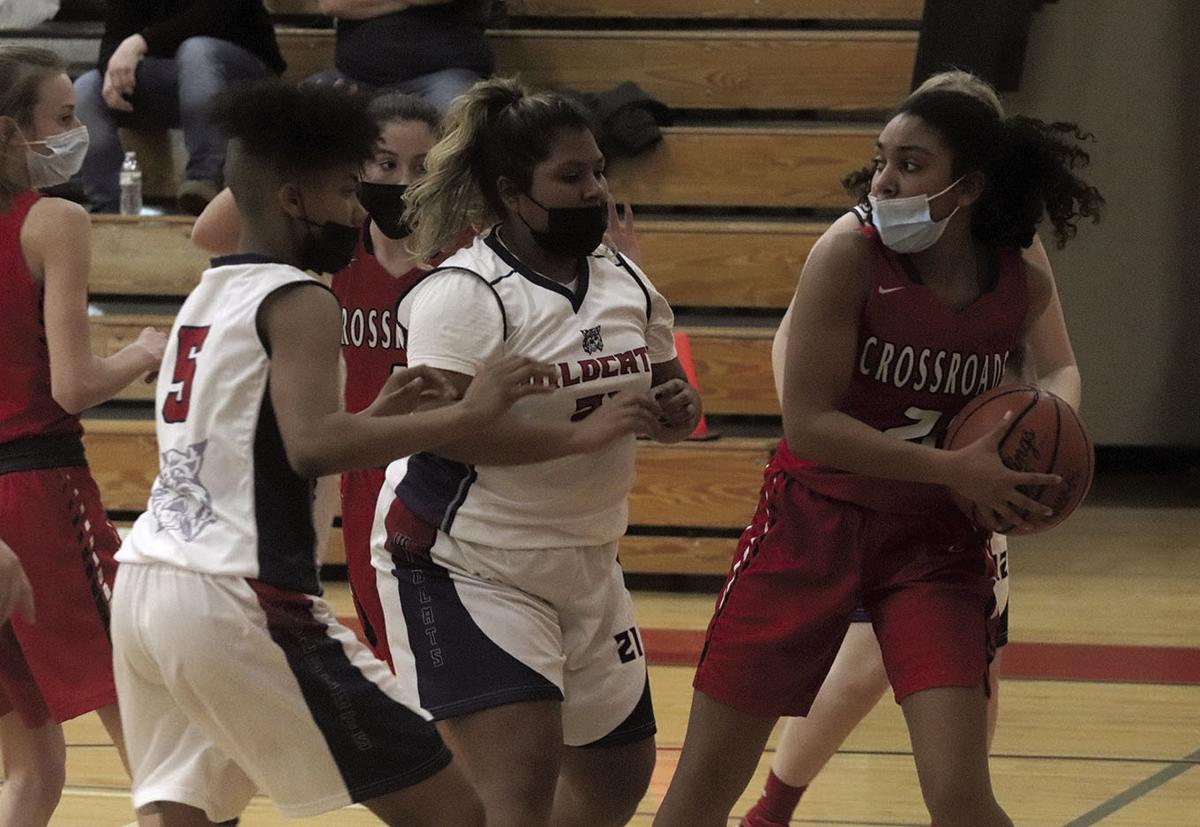 Big Rapids Crossroads' Katie Buys (2) tries to get the ball away from defensive pressure by Walkerville's Zamorah de La Paz (5) and Mitxi Santillan during Tuesday's game at Walkerville. The Wildcat defense dominated in a 55-16 win.

Walkerville's Jenna Drum (12) gets past Big Rapids Crossroads' Mellie Thompson on a drive during Tuesday's game at Walkerville. The Wildcats won, 55-16.

Big Rapids Crossroads' Katie Buys (2) tries to get the ball away from defensive pressure by Walkerville's Zamorah de La Paz (5) and Mitxi Santillan during Tuesday's game at Walkerville. The Wildcat defense dominated in a 55-16 win.

WALKERVILLE — It turned out that undermanned Big Rapids Crossroads was just the salve Walkerville needed after a tough loss last week at MCE.

The Wildcats raced to a big early lead and were on cruise control for the entire second half Tuesday, downing the Cougars 55-16.

It helped that Walkerville (2-1, 2-0 West Michigan D League) got Zamorah De La Paz back in the lineup. She missed last week's MCE game, leaving the 'Cats with basically a six-player rotation, which spells trouble when you're playing on consecutive nights.

The star of the night Tuesday, though, was Mykaela Berumen, who effortlessly sliced through the Crossroads defense all night with 32 points, including 15 in the fourth quarter. Already a force in the WMD, she was notably better getting to the basket and finishing with either hand.

"Basically the last four years, we've been working on her right hand," Wildcats' coach Marc Pascavis said. "Everyone kind of knows she's left-handed and goes left every time, but she's kind of improved her game as far as the short game, getting in and using her right hand a bit to get by defenders."

The Wildcat defense was terrific, especially in the first half. It seemed at times as though Walkerville was taking the ball away from Crossroads whenever it wanted to.

The biggest problem Pascavis faced later in the game was trying to keep the players focused. Walkerville has a tough matchup with Manistee Catholic next, on Thursday, and Pascavis hoped to see his team more locked in late in Tuesday's rout.

"We talked about working on some things we don't usually get to work on, some plays we haven't gotten to yet," Pascavis said. "It's tough to get them over that and keep them going."

Walkerville still hopes to be at the top of the heap in the WMD; the MCE loss was a non-conference game, so the Wildcats are still unbeaten in the league, with the toughest opponents still to come. They'll face a challenge in the loss of Julie Sheehy, who Pascavis said has moved out of town and won't return this season. However, Mitxi Santillan has provided tough defense and rebounding in the lane, and Walkerville is optimistic.

Pascavis added that the early loss might have been just what his team needed mentally.

"I think it was good for us to get that early loss," Pascavis said. "In their minds, they were thinking they were unbeatable with everybody back. I think we're up there with the top two or three still. I think Marion is going to be really tough...I'd still put us in the race, at least for now."