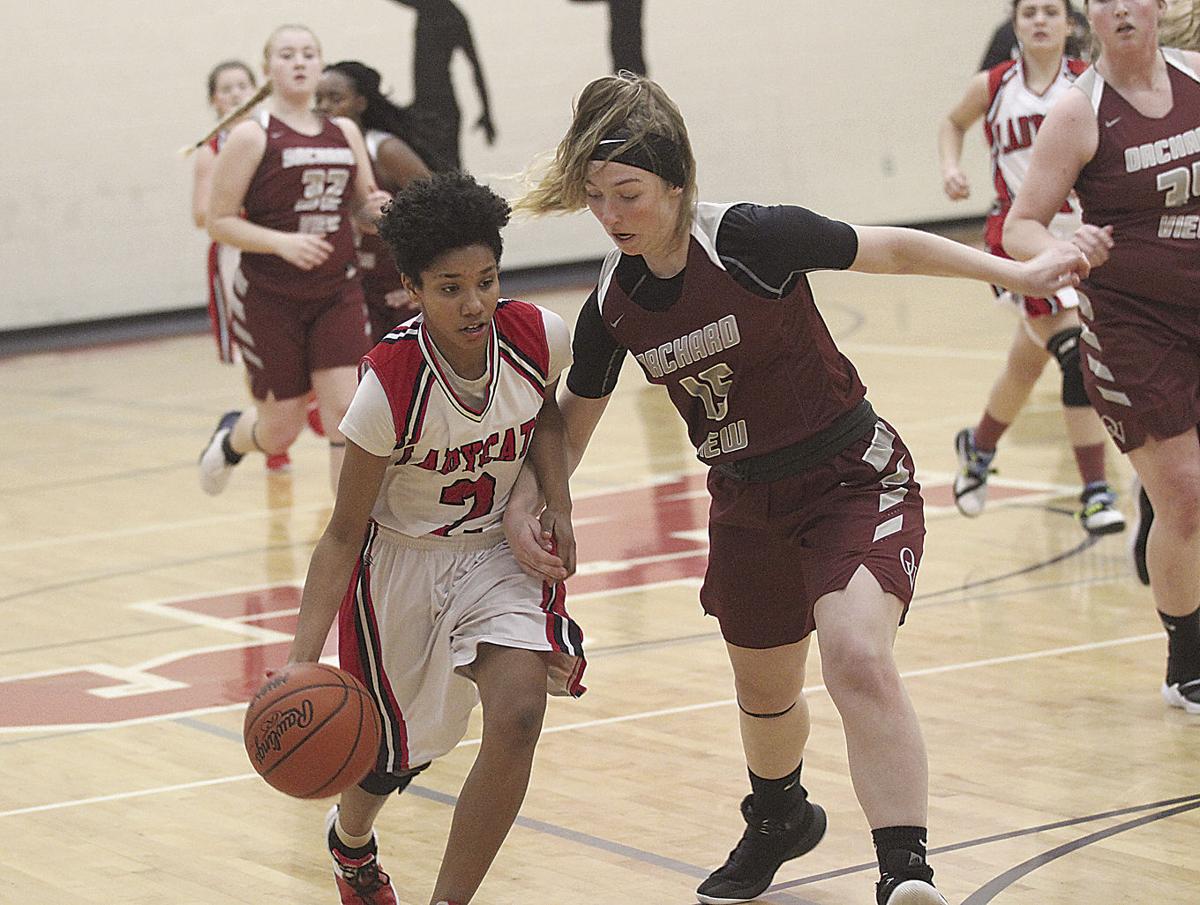 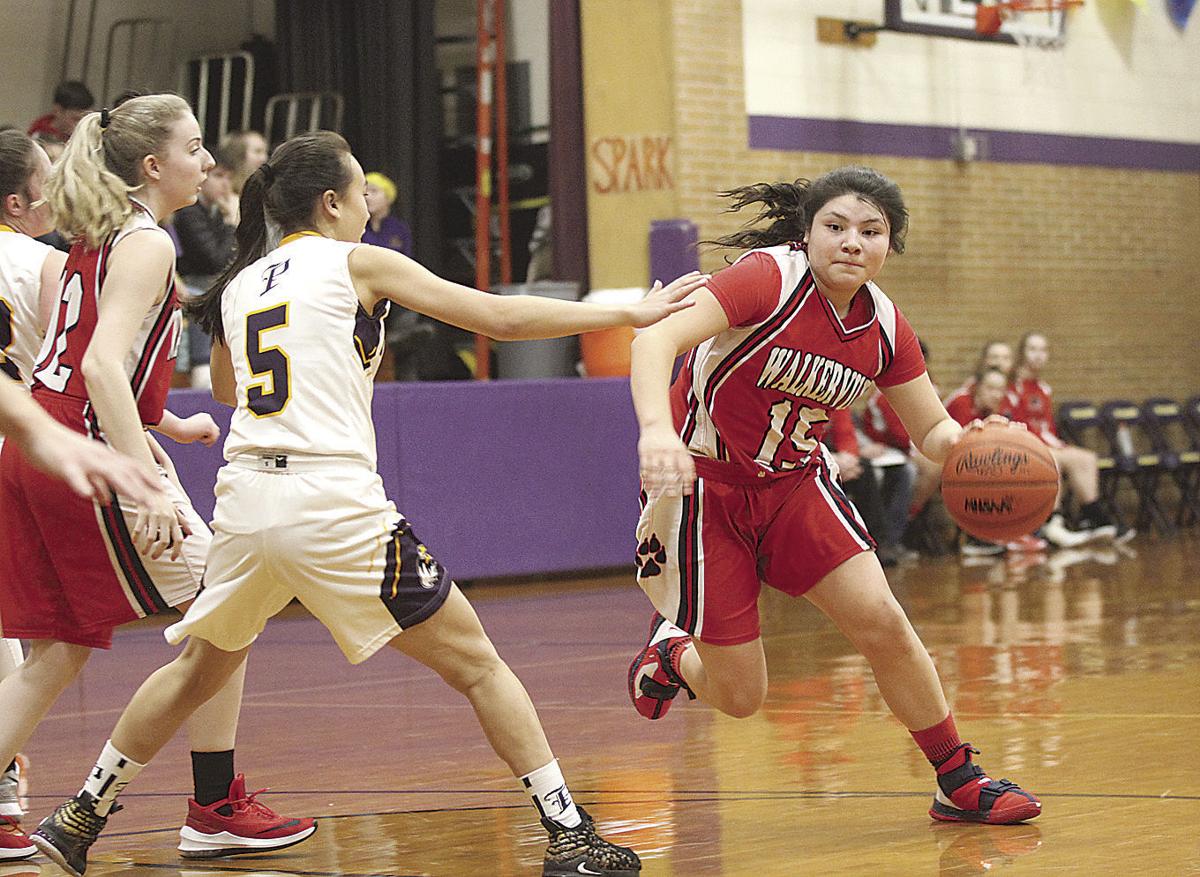 Walkerville’s Mykaela Berumen (right) tries to drive around Pentwater’s Jocelyn Richison during a game last season. Berumen, the Wildcats’ top player, will try to lead the team to a second straight league championship. 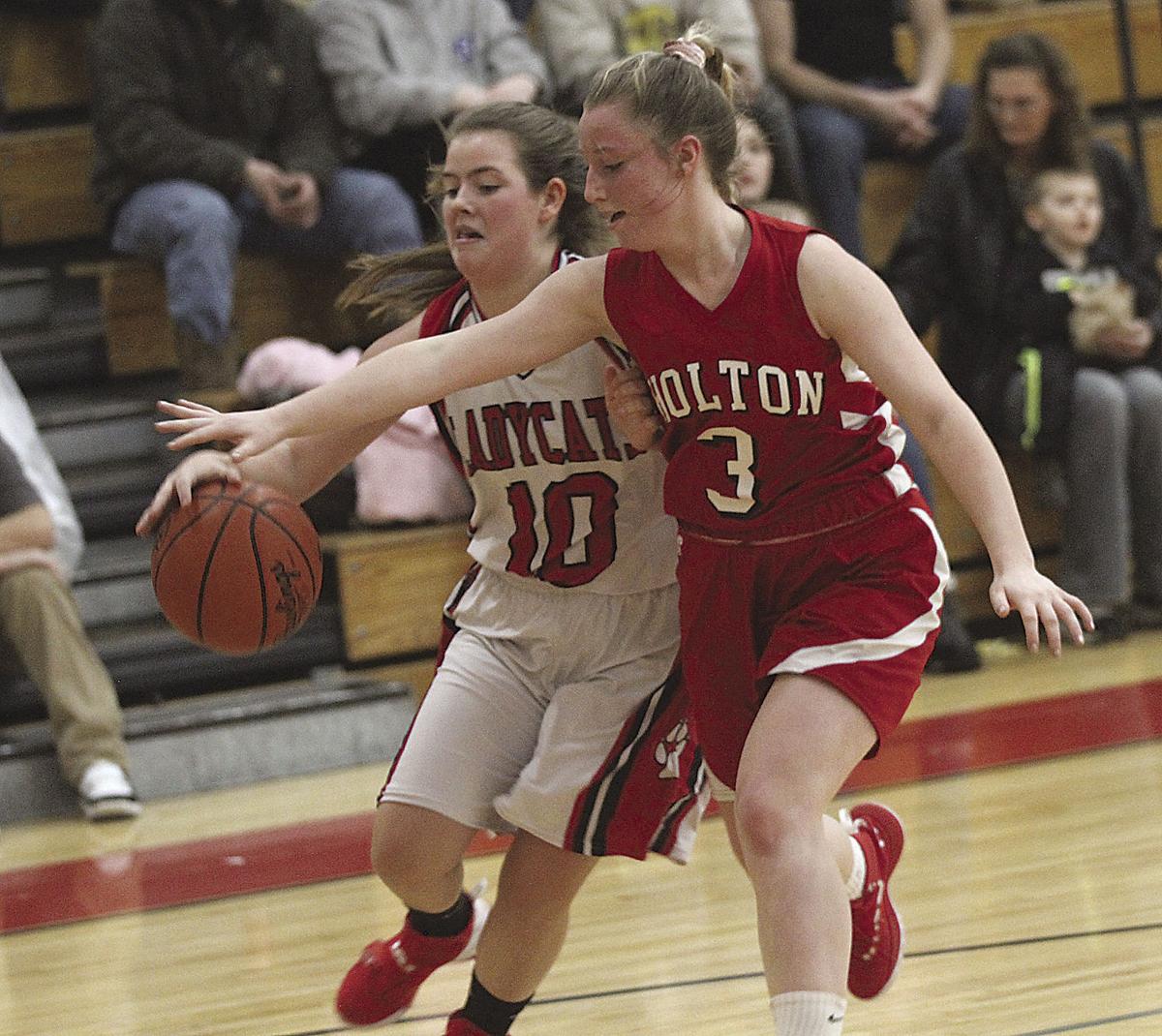 Walkerville’s Grace Gardner is fouled by Holton’s Gianna Reed during a game last season. Gardner is among the Wildcats’ leaders heading into this year.

Walkerville’s Mykaela Berumen (right) tries to drive around Pentwater’s Jocelyn Richison during a game last season. Berumen, the Wildcats’ top player, will try to lead the team to a second straight league championship.

Walkerville’s Grace Gardner is fouled by Holton’s Gianna Reed during a game last season. Gardner is among the Wildcats’ leaders heading into this year.

Walkerville will enter the 2021 season with high expectations, returning all five of its starters back from last season’s West Michigan D League championship team.

The Wildcats will again be spearheaded by Mykaela Berumen. Berumen put on a show last year, doing everything the Wildcats needed. Most notably, she filled the stat sheet, with over 300 points and 200 rebounds. Berumen is a terrific scorer, good defender, and extremely competitive, coach Marc Pascavis said.

“She is a three-year captain and very hungry to win the conference again, and win the district,” Pascavis said. “She has worked hard all summer and has improved her game even more.”

Her tag-team partner is the super-athletic Zamorah De La Paz, who like Berumen was first team all-league last year. De La Paz is usually too quick and strong for any opponent to stop, which makes her lethal on any fast break. She’s also a terrific defensive player. Pascavis said she will be even more dangerous this season after a strong off-season of hard work.

If there is a player who is De La Paz’ equal on the defensive end, it’s Julie Sheehy, who also returns. Pascavis said Sheehy is the hardest worker on the team, and as such she plans to be more of an offensive threat this year to go along with her great effort on defense.

Also back are: Grace Gardner, a strong inside player who is also capable of shooting jumpers; Jenna Drum, who provides solid defense and senior savvy; and Mitxi Santillan, another hardworking player who can be explosive at the three-point line.

The Wildcats also hope for some contributions from Nancy Rivera, who’s been banged up but will hopefully be ready to go at tip-off, and Taylor Carr, last year’s JV star. Pascavis said Carr will be used sparingly but can provide a major spark while in the game.

Naturally, expectations are high in Walkerville. A repeat conference title is on the goals list, and the Wildcats want to finish the job in the district tournament this year after falling short to McBain NMC last season, a defeat that still stings internally.

“They have worked hard to get better as a team and spent hours working on their weaknesses,” Pascavis said. “The loss at the end of the year, and a few other losses, reminds them that they can not take games off. They want to be more consistent and the seniors want to go out champions.”

Walkerville Schools has been hit unusually hard by the pandemic, as the school has been forced to close occasionally due to the amount of positive cases, and the volleyball team was unable to play in the district tournament. Pascavis hopes things can go more smoothly this winter.

“The pandemic has really caused the kids to miss a lot of sporting events and memories,” Pascavis said. “I feel bad for the girls (who) had their season shortened...Hopefully the girls can have a good season and we, in the same breath, find a way to overcome the (virus).”