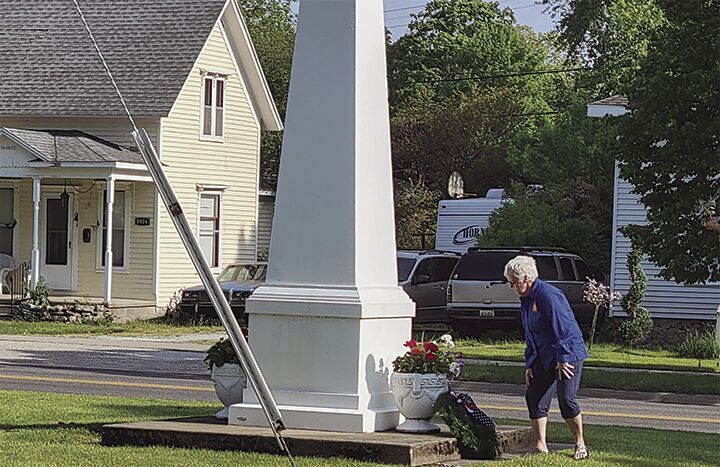 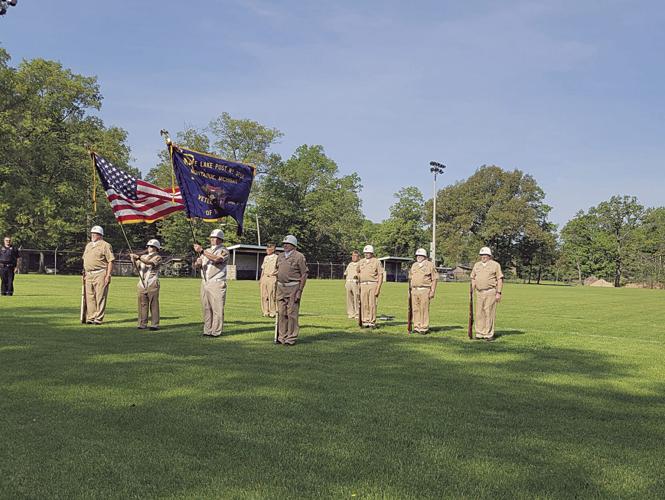 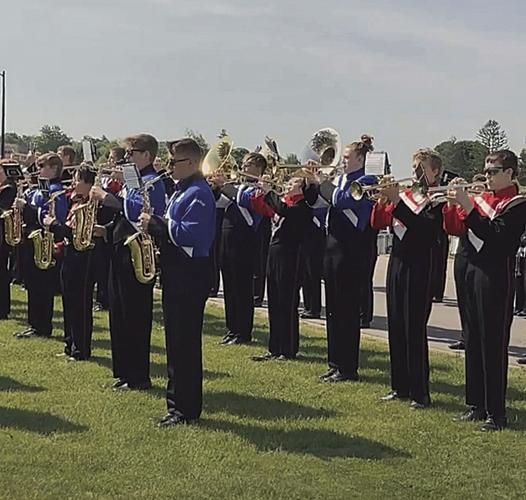 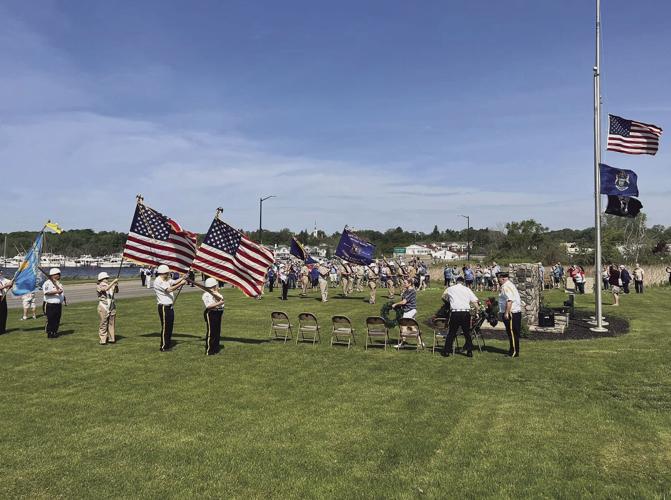 The White Lake VFW Post 3256 and the American Legion Algot Johnson Post 69 led two small parades that met at Covell Park this Memorial Day, Monday, May 30. Beginning at 11 a.m., the two posts marched from their respective cities to meet in the middle of the Montague-Whitehall bridge.

A sizeable crowd gathered for the event, and carrying on a tradition that was left behind during the COVID-19 pandemic, the Montague and Whitehall High School marching bands marched and played patriotic music in celebration of local veterans. They began the program with the National Anthem. Veterans raised their hands when their service song was played.

Flag bearers had a tough day, as there was a strong wind from the west all morning long.