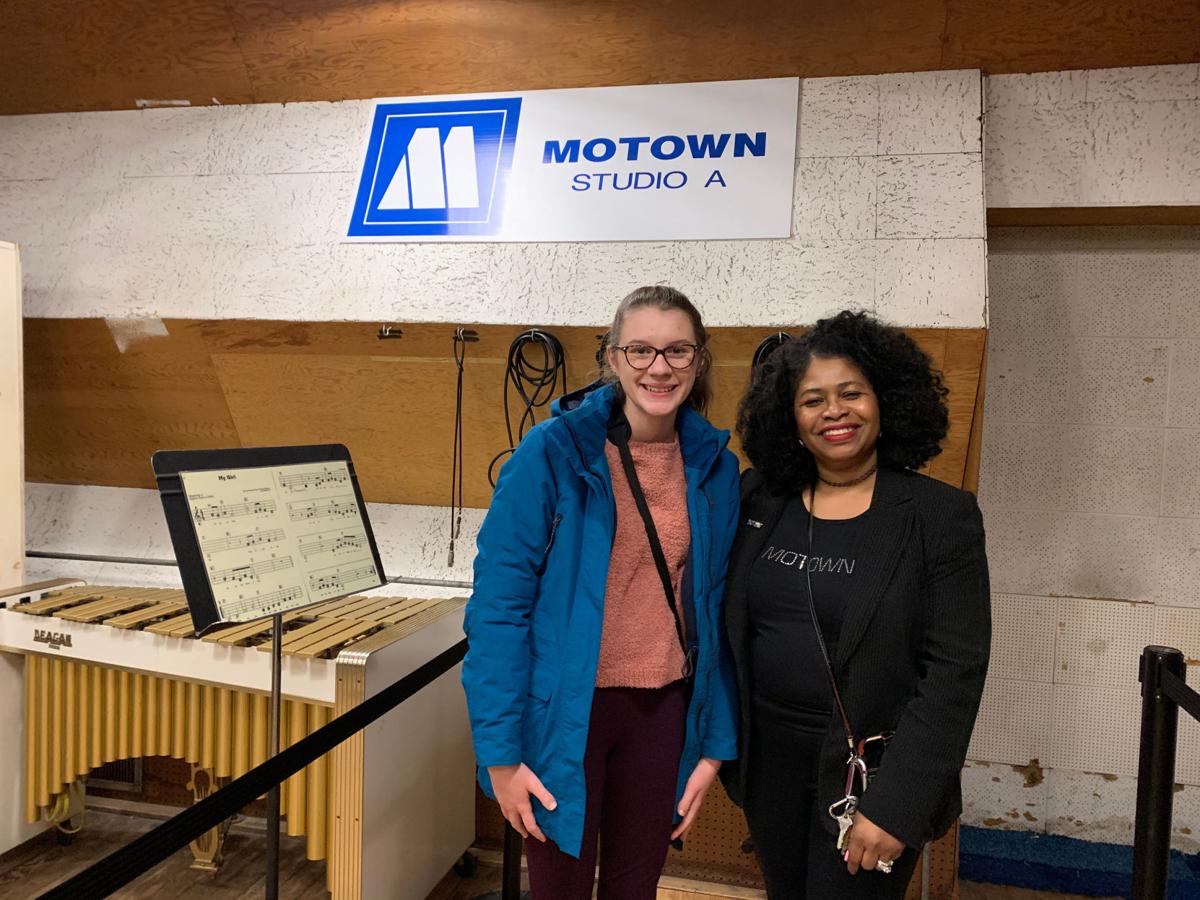 Thielman poses for a photo with Sheila Spencer. Spencer is the general Manager of the Motown Museum. 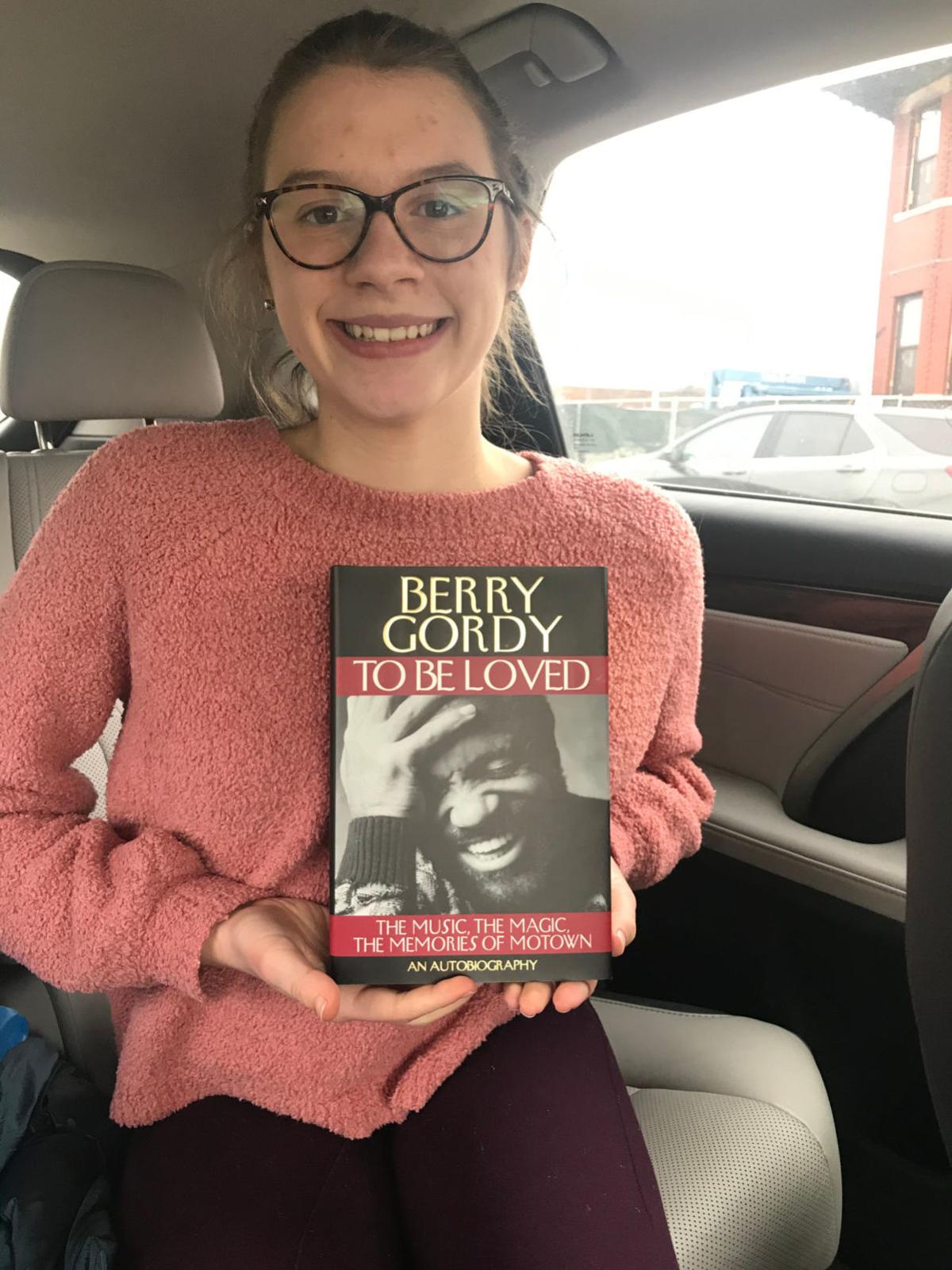 Laura Thielman holds up a book about Motown Record's founder Berry Gordy Jr. Thielman recently placed seventh at National History Day, and has had her documentary featured online at the Smithsonian Learning Lab.

Thielman poses for a photo with Sheila Spencer. Spencer is the general Manager of the Motown Museum.

Laura Thielman holds up a book about Motown Record's founder Berry Gordy Jr. Thielman recently placed seventh at National History Day, and has had her documentary featured online at the Smithsonian Learning Lab.

WHITEHALL – This year’s National History Day (NHD) theme was “Breaking Barriers,” and in the music industry nothing broke more barriers than Detroit’s Motown Records; which was the subject of Whitehall High School freshman Laura Thielman’s entry into the competition.

Thielman created a documentary about the record label, which earned her seventh place in the Junior Individual Documentary category at this year’s NHD. Her film, “Breaking into the Billboard Hot 100: How Motown Got Everybody ‘Dancing in the Streets’”, was also selected to be a part of a special collection for the National Museum of African American History and Culture’s (NMAAC) Selected Student Films and will be showcased by the Smithsonian Learning Lab.

Only 35 films were selected from the 212 entries at this year’s NHD to be added to the Smithsonian collection. Thielman’s is the only one from Michigan, and it was originally planned to be screened in the Oprah Winfrey Theater at the NMAAC, but unfortunately the COVID-19 pandemic has prevented it from happening, it was made available online for a short period of time.

Thielman said she chose the subject because of the barriers she felt Motown broke down for society and for the black community.

Motown Records was founded by Berry Gordy Jr. in 1959 – originally called Tamla Records – its original sound blended the genres of soul music and pop together. During the 1960s, Motown produced 79 records in the top 10 of the Billboard Hot 100.

Thielman said Motown had been a black owned business with mostly black artists. The record label still exists, but is no longer owned by Gordy Jr's ownership or based out of Detroit. The Motown Records name is now owned by the Universal Music Group.

During the record labels heyday, it was considered unusual for music made by African American’s to trend so high in the music charts.

Many of the famous artist we know and love today like Marvin Gaye, Lionel Richie, Michael Jackson, Aretha Franklin and Stevie Wonder were signed to the label and paved the way for the future success of younger African American artists.

Thielman said she was inspired to do the documentary based on her father’s taste in music.

“My dad is always listening to Motown. I’ve been hearing it since I was a kid,” said Thielman.

She said in addition to learning about the barriers Motown broke down in the music industry her research also, “More recently it has provided a good perspective [sic], and as a white person how things have changed (from then and now).”

Thielman would have liked to have gone to Washington D.C. to the NMAAC to see her film screened, said it was still “cool” that it was selected, and would never have expected it.

Thielman submitted her documentary to NHD as an eighth-grader, she has submitted films for the competition as a fifth, sixth and seventh-grader as well.

Last year’s submission was about the influential guitarist Django Reinhart, who was prominent in the jazz scene from the 30s to 50s. She has also done a documentary about the separation of India and Pakistan into separate countries.

She said she has been making films since she was little and hopes to continue doing so.