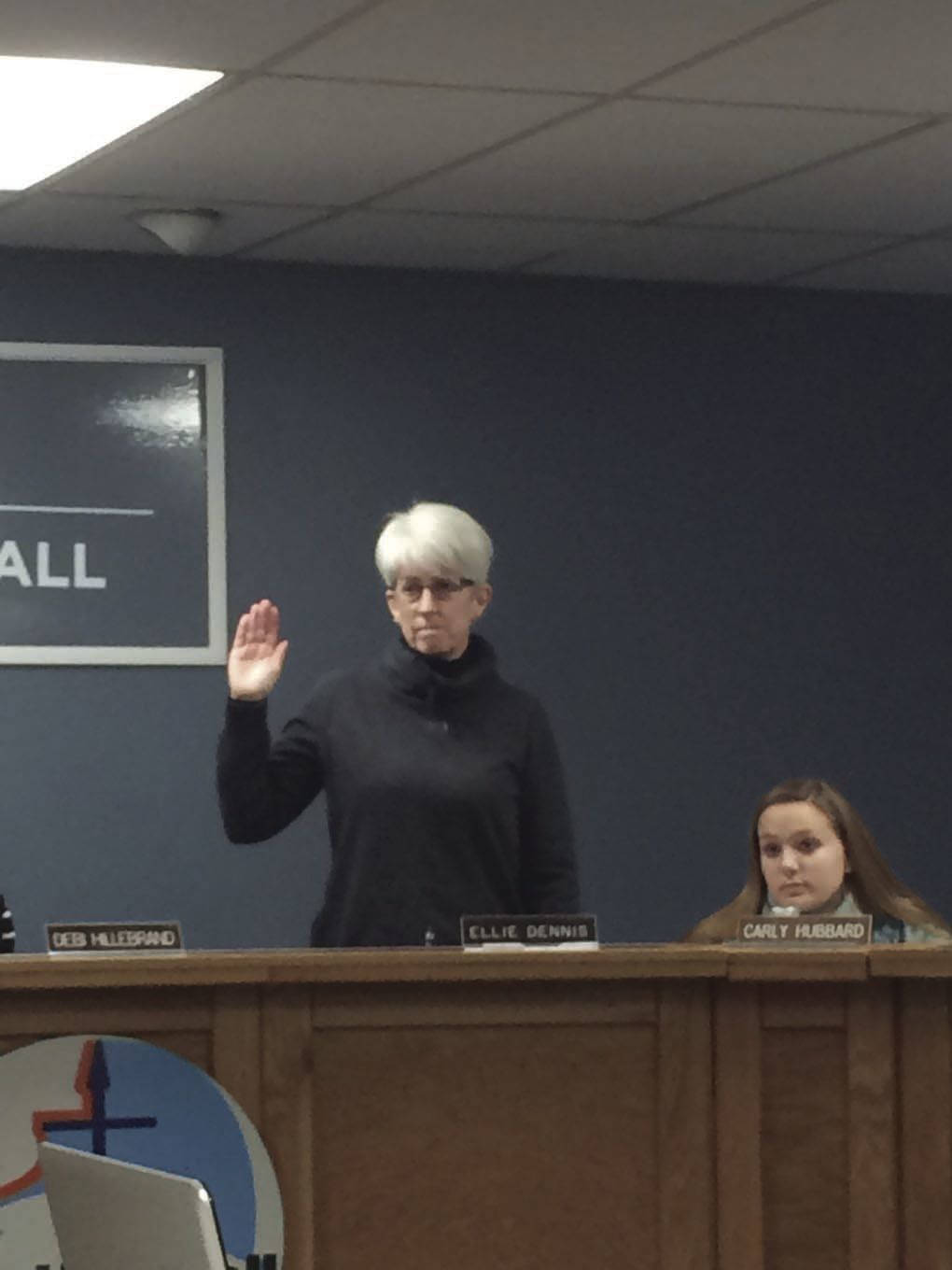 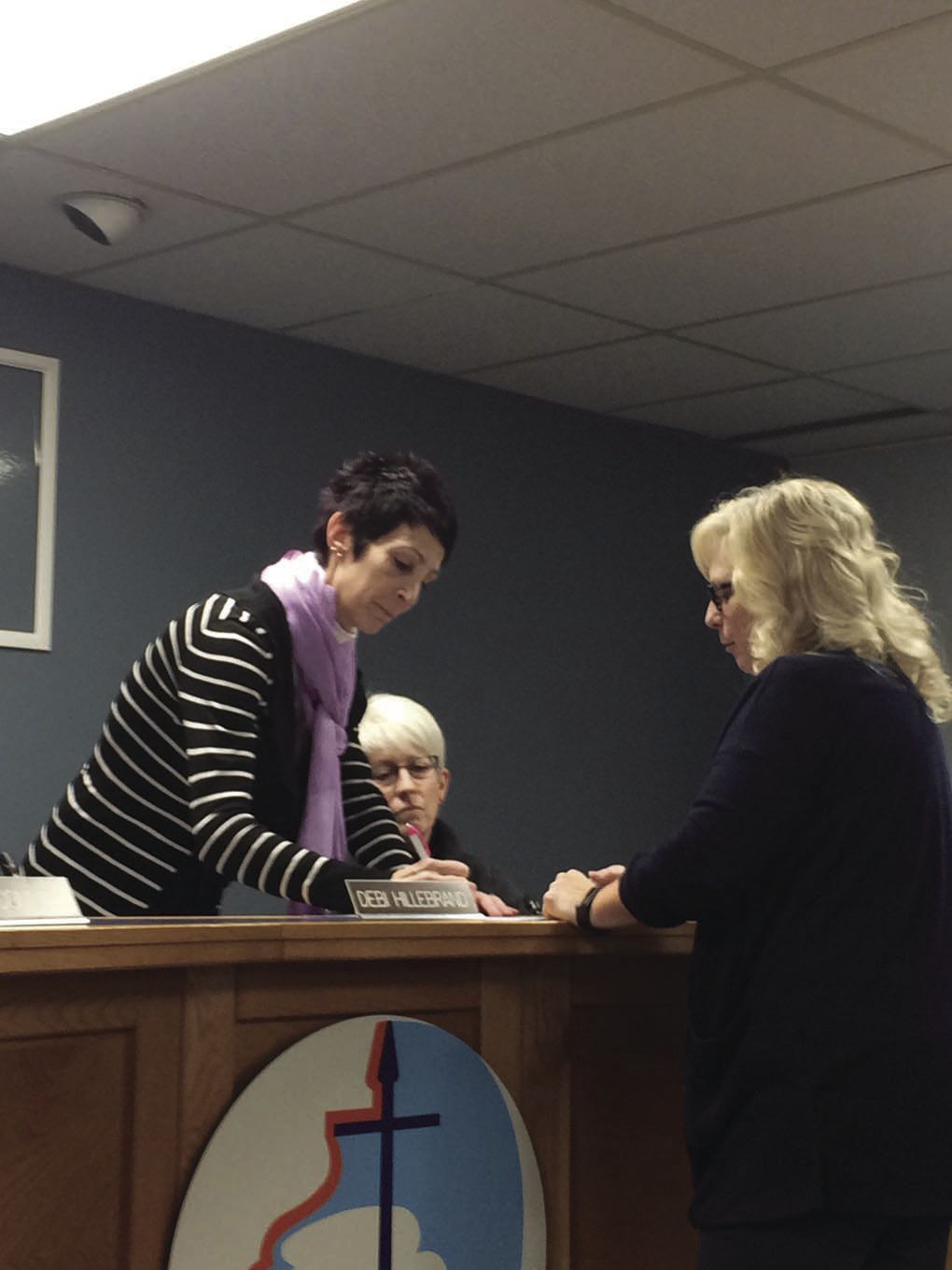 Debi Hillebrand signs forms signifying that she has been re-elected as mayor for the City of Whitehall.

Debi Hillebrand signs forms signifying that she has been re-elected as mayor for the City of Whitehall.

WHITEHALL – In 2017, the election of Debi Hillebrand as mayor, and Ellie Dennis as mayor pro tem proved a controversial one for the City of Whitehall council.

The controversy stemmed from a violation of the open meetings act. It was Nov. 14, and the city council had, on the suggestion of Dennis, held a secret ballot vote for the positions of mayor and mayor pro tem. Dennis made the suggestion after seeking advice from city attorney Rodger Sweeting.

The procedure was opposed by some members in the community. A recall attempt was set in motion, but ultimately failed due to a lack of signatures.

This year, for the last time, the city council voted for their mayor and mayor pro tem on Tuesday, Nov. 13. The conditions of which seemed to be much less provocative.

Both Hillebrand and Dennis will be returning for two-year terms, but this time voting was done out in the open.

In the City of Whitehall the position of mayor and mayor pro tem are decided by the city council. With members electing one of their own to fill the position.

However, this will all change in 2021, and voters will be allowed to cast ballots for mayor as a result of a charter amendment referendum approved by voters on November 5.

On Tuesday, a motion was made by Dennis to nominate Hillebrand to the position of mayor. It was supported by council member Virginia DeMumbrum.

Council member Scott Brown nominated Steve Salter for the title, but received no second for the nomination. When it came time to vote all, but Brown and Salter, voted yes on Hillebrand’s appointment.

Council member Richard Connell nominated Dennis for the position of mayor pro tem, and received a second by DeMumbrum. Brown once again nominated Salter, but found some footing with the nomination when newcomer Sean Mullally supported it.

It was a four-to-three vote for Dennis as mayor pro tem; with the yes votes coming from Hillebrand, DeMumbrum, Connell, and herself.