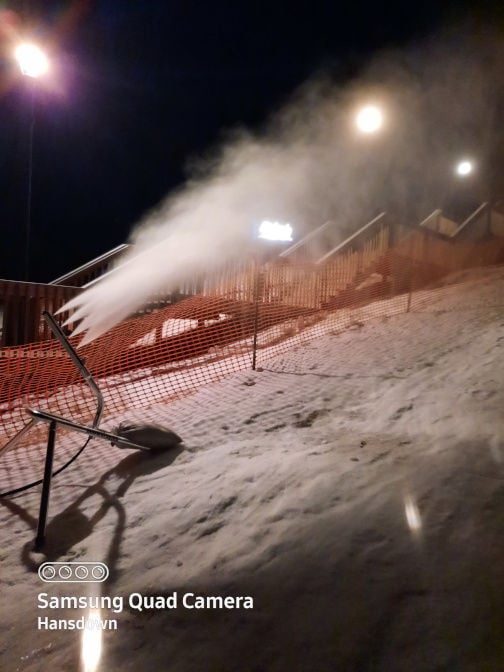 The White Lake Snow Farmers create some snow for Hanson Hill. The Snow Farmers have been working with The City of Whitehall to make sledding available to area residents 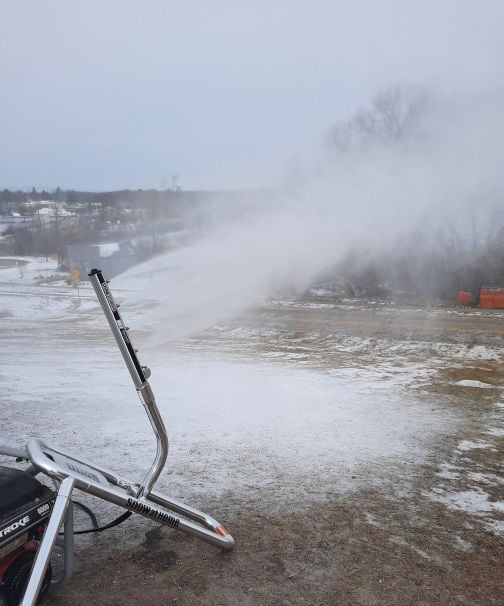 The snow machine made by SNOWatHOME sprays snow on to Hanson Hill. 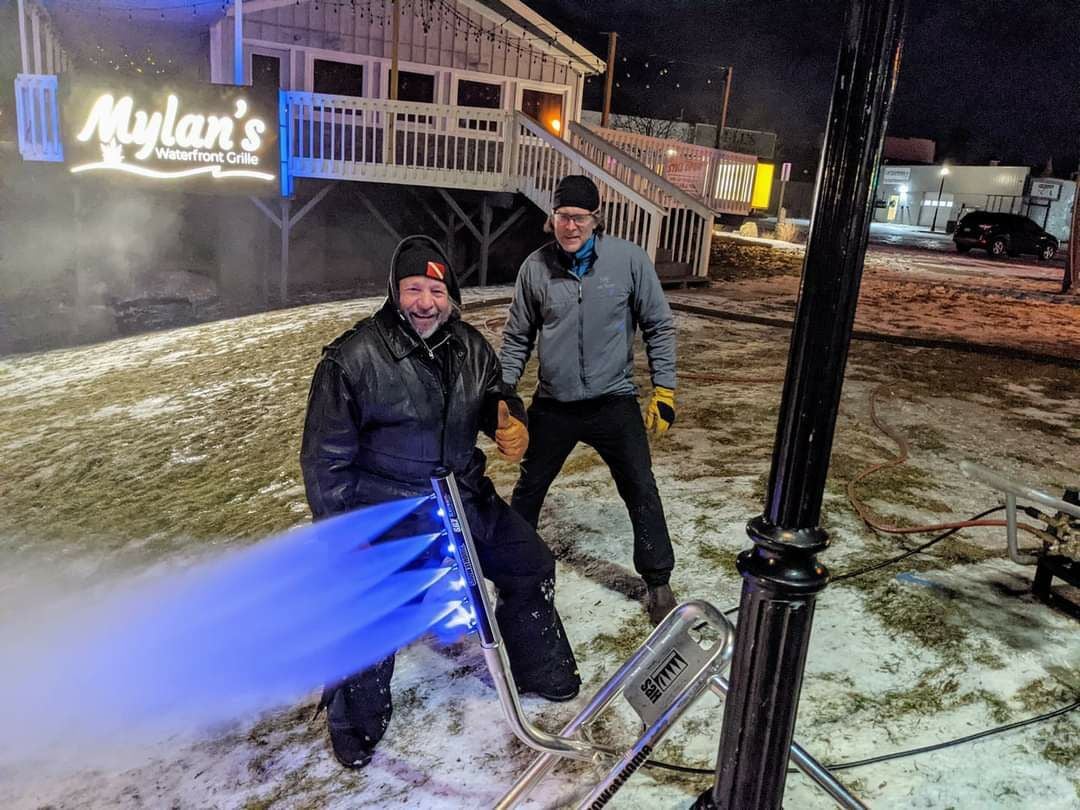 The White Lake Snow Farmers create some snow for Hanson Hill. The Snow Farmers have been working with The City of Whitehall to make sledding available to area residents

The snow machine made by SNOWatHOME sprays snow on to Hanson Hill.

This story has been updated for the web.

WHITEHALL – The White Lake Snow Farmers began as an idea last year when the four friends – John Hanson, Rusty McBride, Jimmy Dawnson and Eli Ghazal – got together and decided to purchase a snow machine.

Initially, the idea for the Snow Farmers began around Thanksgiving when the weather was cold and there wasn’t any snow in the area.

“Rusty and I were talking about it and thought, ‘Geez, we should have a snow maker it has been cold enough. And this was last year, so we just started checking into it and kicking around, said Hanson.

“We thought let’s see if we can get the community involved. And so, we just put it out there, Rusty was joking around, ‘We are going to make snow – snow farmers!’ It just sort of stuck.”

After the four men decided they were going to purchase a snow machine, they then decided to spend the next year researching which would be the best one for their group. That research took them to Caberfae Peaks Ski Resort in Cadillac to see what it was they were using.

“Rusty McBride is friends with the owner at Caberfae and looked at their units, and hoped they would have something used for us. But their units are way way bigger,” said Hanson.

Ultimately, the group decided to purchase a snow machine from the company SNOWatHOME, which specializes in machines made for personal use and not ski resorts. To get started, Fruitland Township resident Allan Dake loaned them a snow maker that he had at their home, but eventually the Snow Farmers were able to purchase their own.

The Snow Farmers provide their services for free, but have primarily been working with the City of Whitehall to allow for sledding on Hanson Hill behind Mylan’s Waterfront Grilled and Fetch Brewing Co.

Nobody (restaurants) has anything to do with that (White Lake Snow Farmers), other than we did get a nice donation from Fetch, Hundt’s Hardware, and numerous donations from the community. We’ve raised over $2,600, said Hanson.

“It is the city that has been working with us. They’ve let us borrow some water hoses, and they are allowing us to use the city water.”

The snow maker that the Snow Farmers purchased works sort of like a high-powered pressure washer. However, its effectiveness is limited by the weather.

Hanson explains that there is a simple equation that needs to be done to determine if they can produce snow or not. Both the humidity and the temperature when added together have to equal 100.

So even if the weather is freezing cold if the humidity isn’t correct then snow can’t happen.

Although, the group has primarily been providing their services in Whitehall, they hope to also provide snow to the City of Montague as well.

The group also looks to create an educational component to what they are doing. Dawson is involved with the charity organization Blue Wave Institute.

The Blue Wave Institute which specializes in teaching vocational skills to students. Dawson said he sees the potential of the snow machine as being a way to educate kids about snow is made and climate control.

However, that particular part of what the Snow Farmers are doing is still being developed.

Even though the service of creating snow is free from the White Lake Snow Farmers, the cost of making snow isn’t exactly cheap since it uses gas to power the machine. They’ve set up a Facebook as well as a donation page on the site.