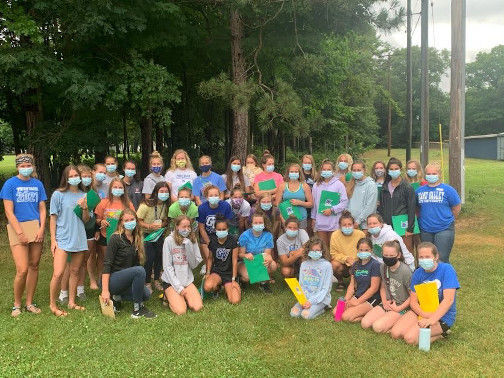 A group photo of all the participants at a nutrition workshop held at Montague High School. The workshop was organized by FFA student Ally Hall. 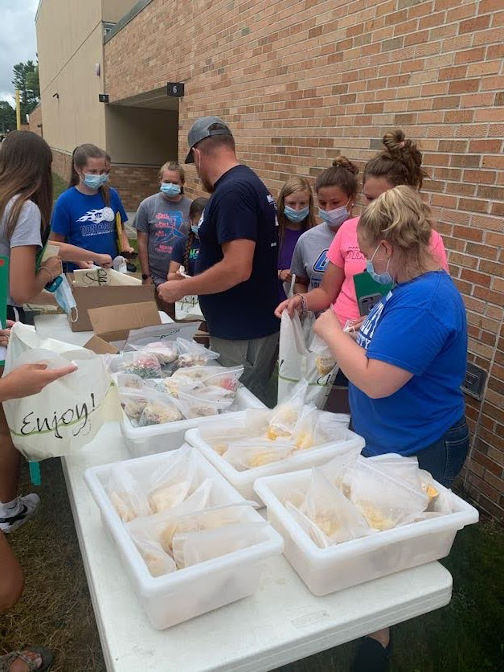 A group photo of all the participants at a nutrition workshop held at Montague High School. The workshop was organized by FFA student Ally Hall.

MONTAGUE – Ready to push it to the limit?

Montague High School athlete and FFA member Ally Hall is, which is why she is currently running an experiment on some of her fellow female athletes. Hall wants to see what sort of effects changing one’s diet can have on physical performance.

Hall has been working with Grand Valley State University (GVSU) masters students studying dietetics to host nutrition workshops at the high school. Hall hopes to follow up with those in attendance to see how the information learned at the workshops has helped or hindered their performance in the gym and on the court or field.

“We are doing a series of three workshops for female athletes in Montague to take a look at the nutrition aspect of playing sports. What we are trying to see is (if) what athletes eat before they perform help them to have a better performance when they are on the court,” said Hall.

Hall, who is a three-sport athlete, said that most athletes don’t focus on the nutrition side of things, and are instead focused on things like lifting and exercise.

“I wanted to do this project because we focus a lot on the lifting and the exercise portion of the workout; we [athletes] don’t really talk about nutrition and what we should be eating before the game. I think that if we focus on more aspects than just one, we will perform better and win more games,” said Hall

The first of these workshops had about 30 athletes attend. They rotated between three stations where they learned about the effects of sugary drinks, the role of carbohydrates in the body, and they got to taste test healthy smoothies.

Each athlete was sent home with their own ingredients to continue making the smoothies.

This workshop is the first of three. The next one was scheduled for Friday, July 24 and was about smart snacking. The last one will be on Aug. 7.

FFA advisor Carson Letot said each of the dietetics students from GVSU are former college athletes. He said it was important to have people working on the project that could speak from that perspective.

“We have two girls who are studying in clinical dietetics. They both are students at Grand Valley and they come here to run a station,” said Letot.

However, it is what the student-athletes do with the information that most interests Hall and Letot.

“We have a survey [...]; every time they [athlete] work out they mark down either an hour or half-hour before the workout. Then they mark down how they felt during the workout from a one to 10 scale,” said Letot.

FFA has done something similar in the past working with GVSU and Whitehall/Montague food director Dan Gorman. Letot said they wanted to take things to the next level, and he reached out to his connections to the school to help Hall organize the workshops.

Helping with the marketing of the project is Andie Zamojcin. She said she has been making flyers for the workshops and blasting them out on the popular photo-sharing app Instagram to get the word out.