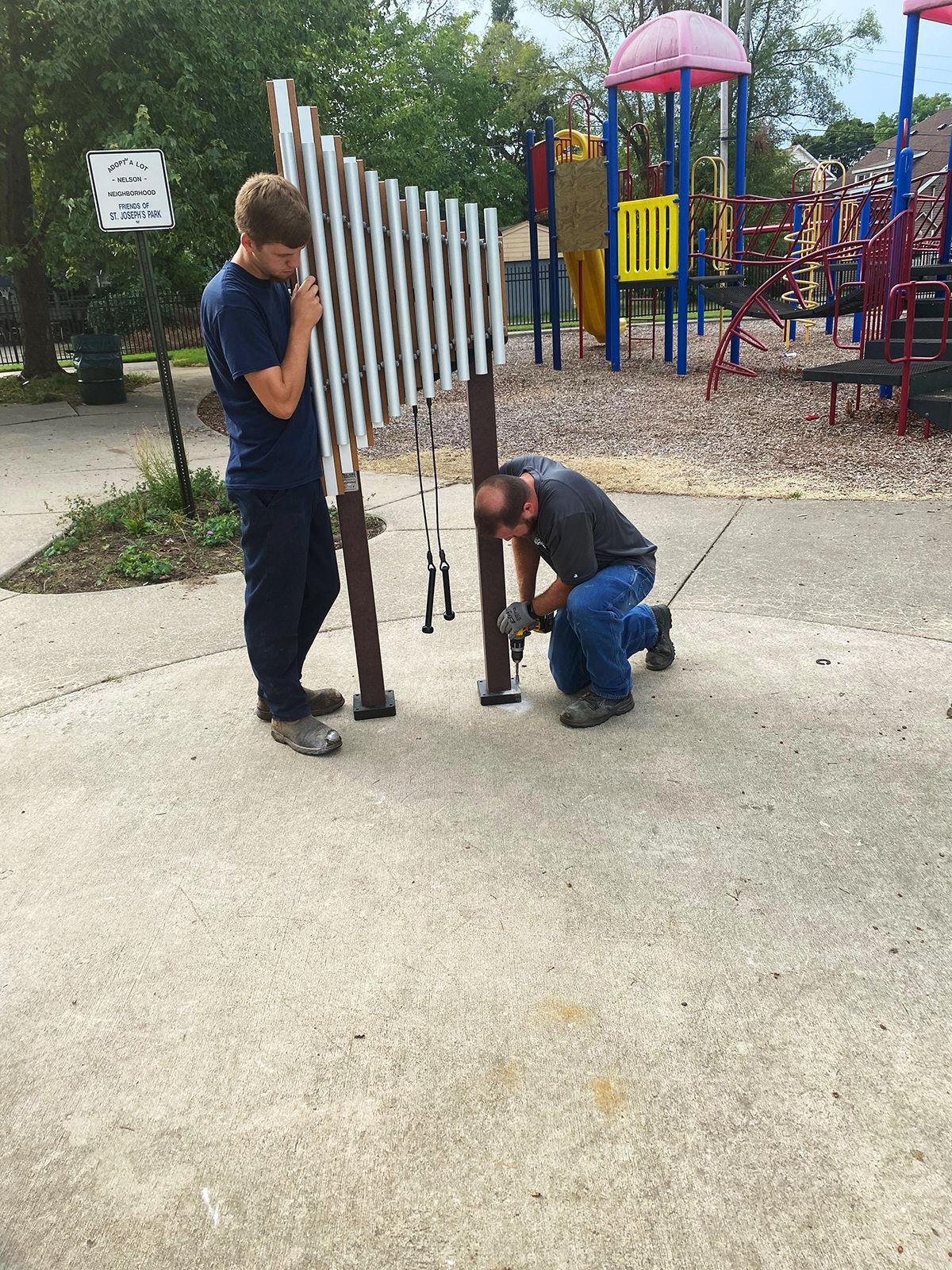 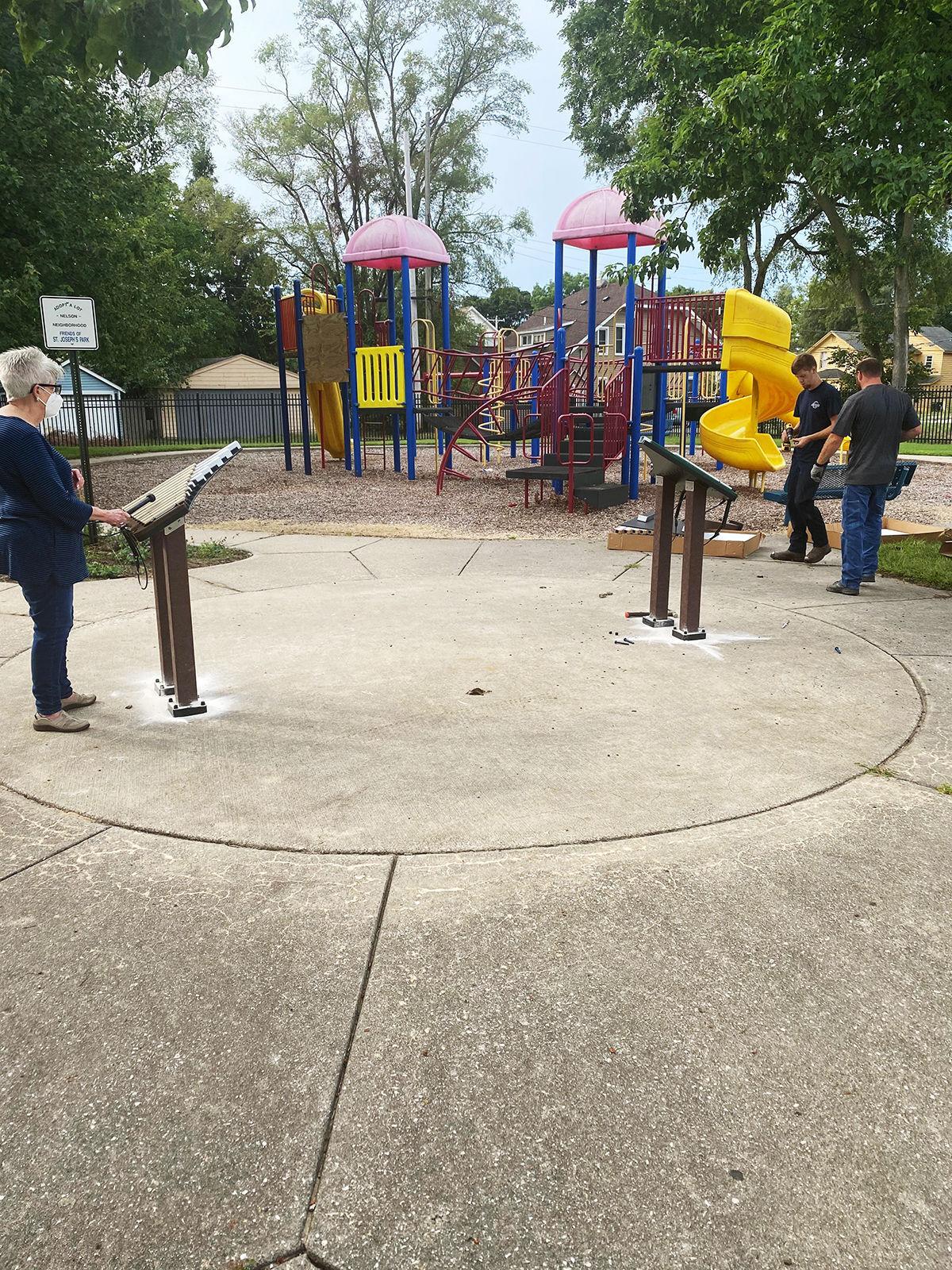 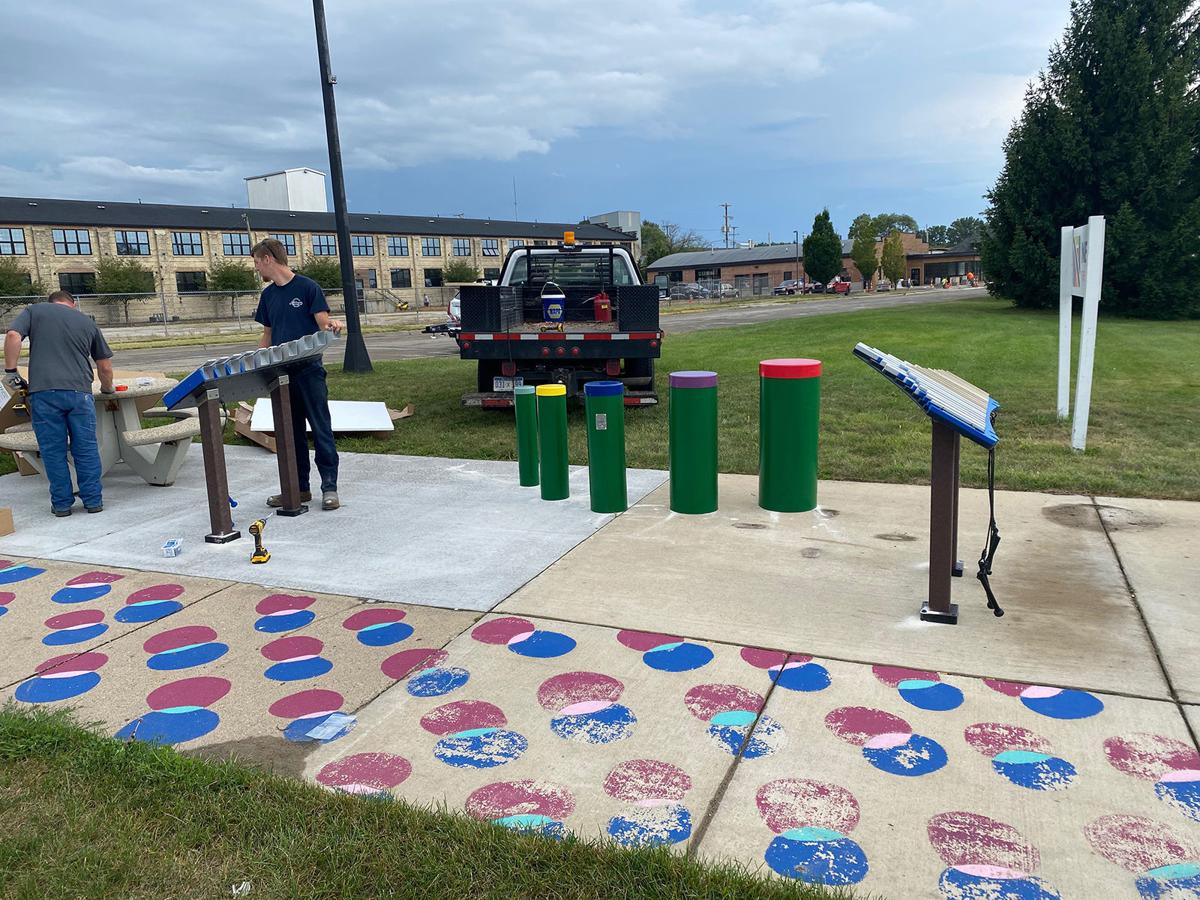 The instruments came to the community via Watch Muskegon Play, a two-year collaborative fund drive led by members of Muskegon Rotary and West Michigan Symphony (WMS). A ribbon-cutting ceremony to celebrate the arrival of the instruments is slated for the afternoon of Saturday, Oct. 10 in Johnny O. Harris Park in Muskegon Heights and Rotary Park in Muskegon.

It has been just over two years since WMS Board member Susan Crain and her husband Orville brought the idea of permanent outdoor musical instruments to their Symphony and Muskegon Rotary colleagues.

“Music is a global language that creates community connection and a sense of belonging,” said Cloutier Crain. “These are exactly the things Muskegon is working to foster, especially in its downtown.”

Initially, the idea was to purchase and install a set of instruments at Rotary Park, adjacent to Heritage Landing. But the project was ultimately expanded to include eight different locations and more than 30 instruments.

With support from Community enCompass, a “pilot” set of instruments was installed last summer in McLaughlin Community Park.

The $100,000 fund raising campaign concluded successfully in May. The instruments were ordered in June, shipped in July—and are now being installed by City of Muskegon crews. Locations include Rotary Park and Heritage Landing; the pocket parks at Seventh & Shoreline and the Farmers’ Market; the Olthoff Stage across from the Frauenthal Center; St. Joseph and McLaughlin parks; and Johnny O. Harris Park in Muskegon Heights.

Public dedication ceremonies are scheduled for Saturday, Oct. 10th – and the public is invited! WMS Principal Timpanist Leo Taylor will be working in advance with neighborhood children to provide musical demonstrations of the new instruments.

Festivities will take place at 2 p.m. at Johnny O. Harris Park and progress to Rotary Park at 3 p.m.

“Today, most children (and adults) experience music primarily through earbuds and MP3s,” said Buelow. “Music was never intended to be a mere spectator sport. Watch Muskegon Play is bringing music-making back within the reach of everyone in our community—especially the children.”