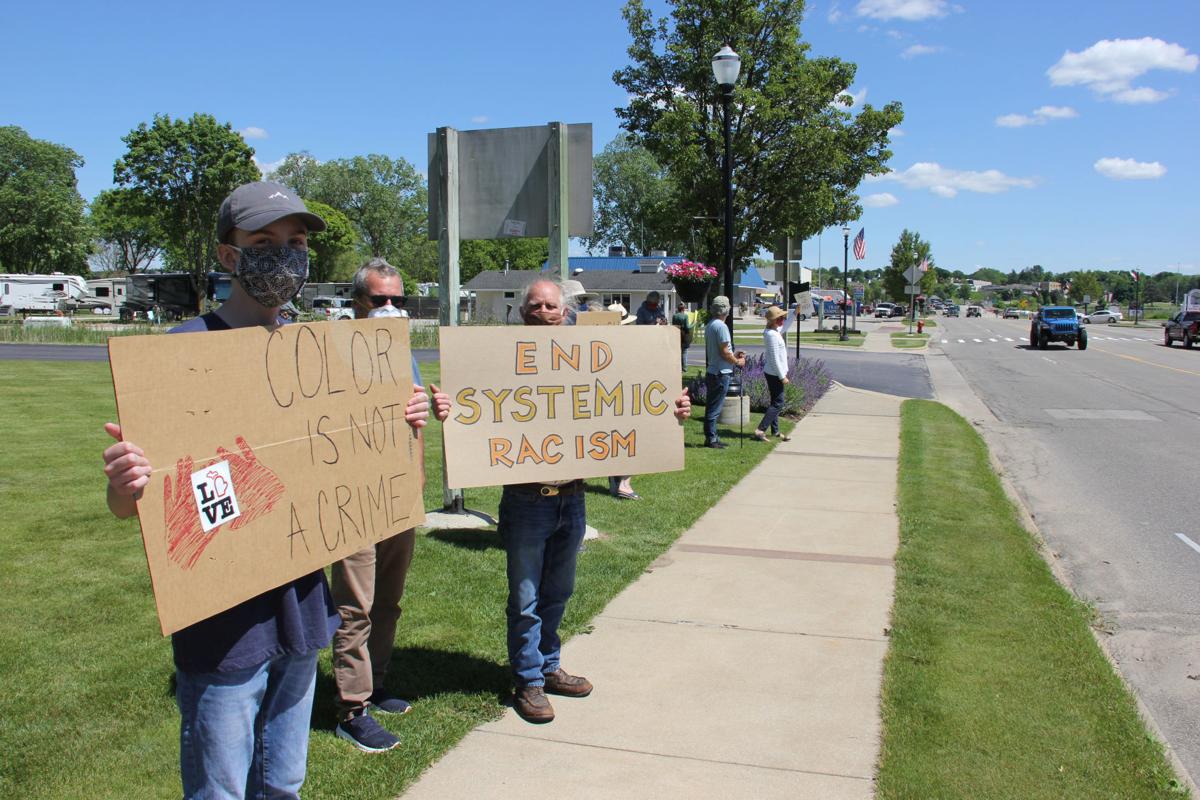 People protesting in front of the giant Weathervane in downtown Montague. 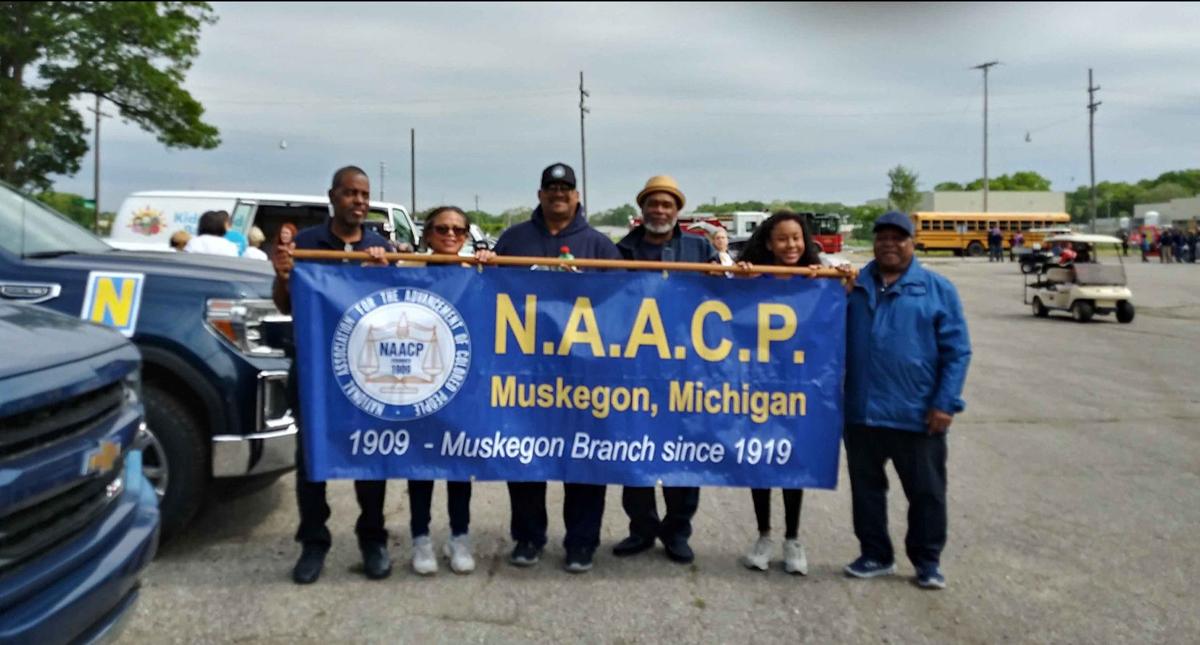 People protesting in front of the giant Weathervane in downtown Montague.

MUSKEGON COUNTY – People have been taking to the streets both locally and nationally to protest police brutality against African Americans after the death of George Floyd in Minneapolis.

This isn’t the first-time people have protested against brutality, it isn’t even the first time that an officer was caught on camera hurting or killing an African American man.

One of the most well-known and documented cases of police brutality was the beating of Rodney King in 1991. But with the advent of cellphone cameras more incidents of misconduct by some officers have been recorded.

“It is definitely sad that it (protests) had to come to it [sic] on the backs of human beings that had to died. We have just been fortunate enough to have cellphone cameras, because it [police brutality] just didn’t start, it has been going on for decades,” said president Eric Hood, Muskegon County NAACP.

But a regular protest isn’t going to cut it. Hood said if people are serious about wanting change then they need to vote.

“I think this is the primetime, this is a good time for something to come of it for policy change, but if we don’t stay on the powers that be, on our politicians then it could be a dog and pony show,” said Hood.

“In terms of, yeah, we [society] are going to look into this and then do nothing [sic]. So, we need to continue to press our politicians and our state reps, our mayors and government, our president to make changes.”

Getting people to vote is one of the local NAACP current missions.

“One thing we are doing, which is one of the most important things, is working on the vote. To get out to vote [sic]. We have made a lot of headway getting our absentee ballots to places where people can get too [sic],” said Hood.

The local NAACP is also focused on the national efforts and initiatives currently taking place. The group is having conversations with state and local police about the changes they would like to see in policing.

Hood said police brutality hasn’t been as big an issue in Muskegon County.

It is not as bad as parts of the state and country. Our police departments have come quite a way, but we have a long way to go, and there is always room for improvement. This is not something you can just get rid of overnight. This is systemic, it has been there forever,” said Hood.

“All officers are not bad officers. We don’t have as much problems as some of your other cities, but there are some problems.”

On May 31 Muskegon County Sheriff Michael Poulin spoke to the White Lake Beacon at a local protest. While interviewed Poulin said a lot of the problems currently being discussed nationally can be fixed at the hiring level.

Poulin and the other officers at the time showed their support for the protest, giving people words of encouragement, and said that police can and will do better.

The City of Montague has been the site for two different smaller protests. The second of which occurred last weekend on Saturday, June 13, which served two purposes, to protest against police brutality and to register people to vote.

Pam Prosch was one of the people helping registering voters. She and her husband were running an informational booth.

“I’m protesting how black people have been treated so unfairly. My way of thinking is to vote for someone different that runs the country. So, we are trying to register people to vote by mail, because we would rather not have people go to the polls if they don’t have too,” said Prosch.

She said that registering to vote is very easy in Michigan, and most people become registered when they have any sort of interaction with the Secretary of State.

Montague High School graduate Violet Renna was one of the people protesting last Saturday. She held up a sign that had different messages on both sides of it.

“My sign says ‘Black Lives Matter,’ and on the other side it says ‘Use Your Voice and Vote.’ I think it is very important that we use our voices to stand up for minorities and people of color being discriminated against across the country,” said Renna.

“I think it is really important that we use our voice to stand up for what is right.”