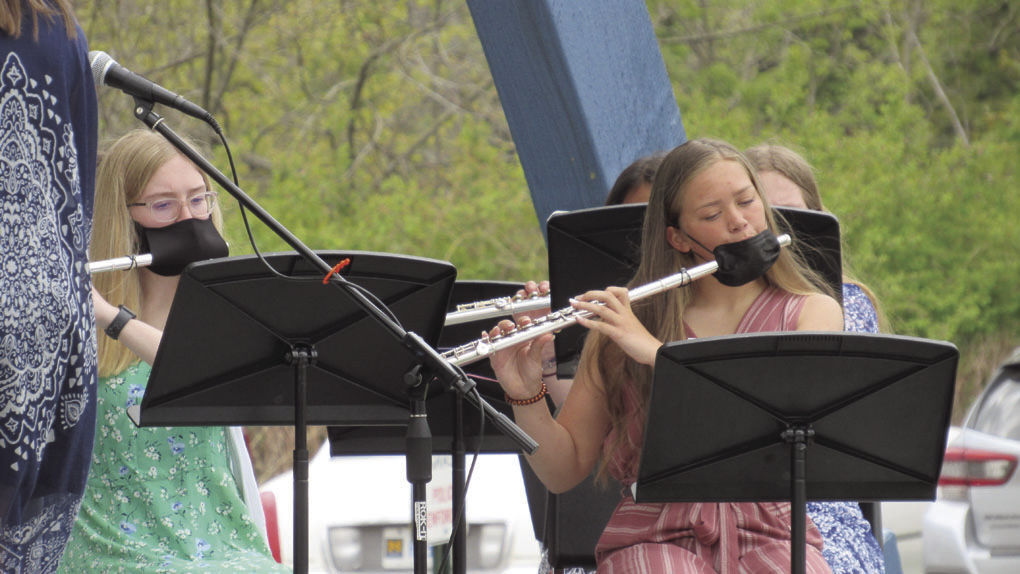 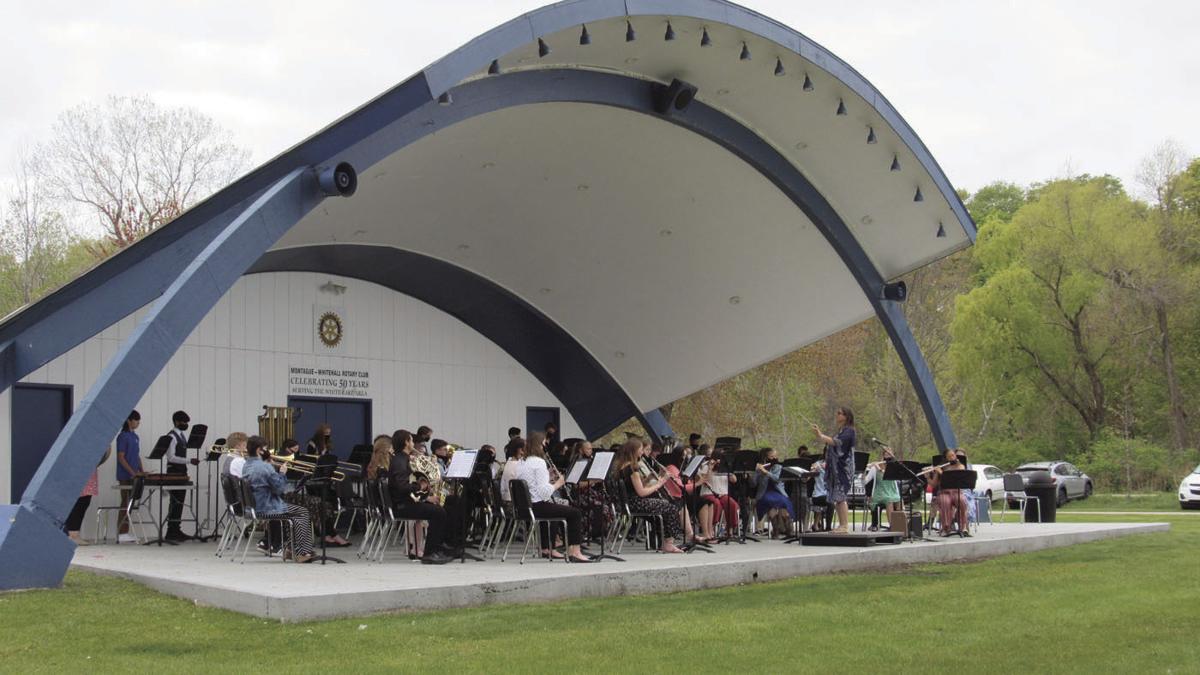 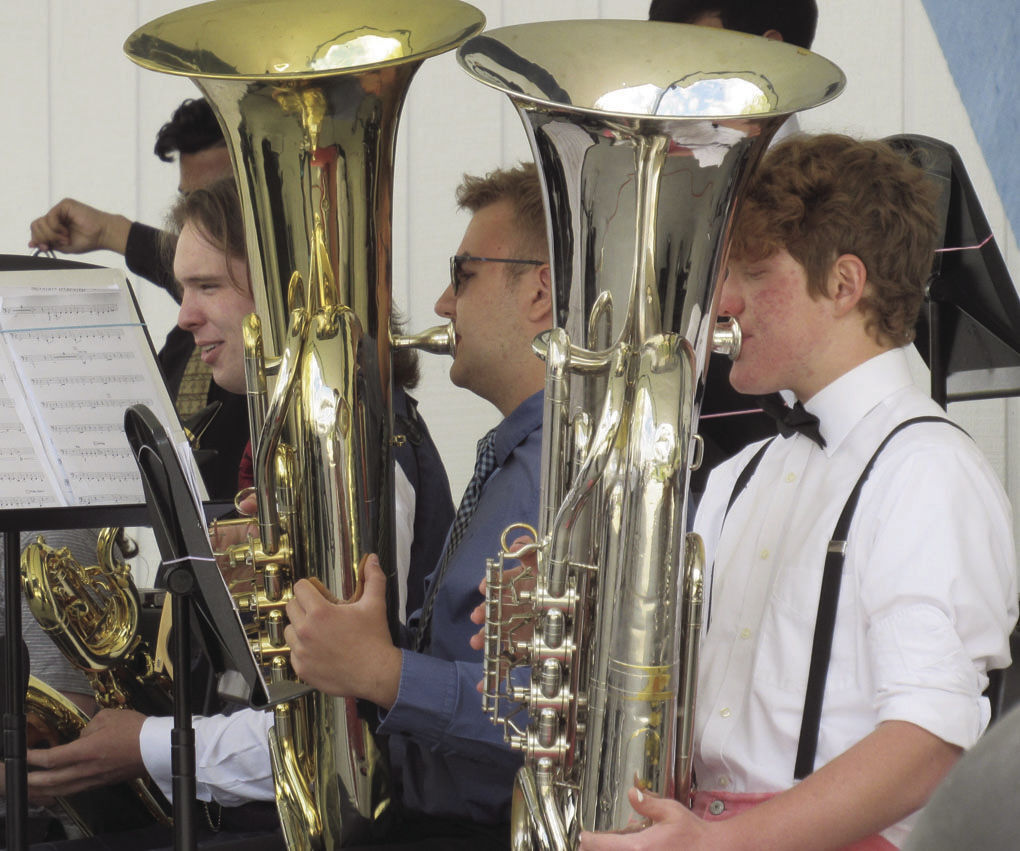 The spring concert for the Montague Bands has taken place at the band shell before, but it was more necessary this year compared to others due to social distancing guidelines.

Emma Greenwood, director of the Montague Bands, shared her delight to be able to get back to performing with the audience. There was a good turnout to this performance, and the Montague Band Boosters were also present in the crowd, selling Montague Band merchandise and passing around a bucket for donations to the program.

The band played a selection of fun and inspiring songs and the crowd quietly listened as it watched children reunite with their peers on stage. Together the band performed “Gadget” by Randall Standridge, “Salvation is Created” arranged by Houseknecht and “Arabian Dances” by Roland Barrett.

Each year, the spring concert is dedicated to honoring seniors, most of which have been in the program from the beginning of sixth grade. Greenwood paused the music to read inspiring qualities of each graduating senior, as well as sharing positive comments made by underclassmen.

As well as recognizing each senior, the spring concert also includes the presentation of two awards to be received by seniors. These awards are the John Philip Sousa Award and the Director’s Choice Award.

Noah Boggess was the recipient of the Director’s Choice Award. Greenwood has the responsibility of choosing who receives this award, and she told the audience that a reason for her choice was Boggess’ exceptional welcoming attitude and kindness to all students – not just his bandmates.