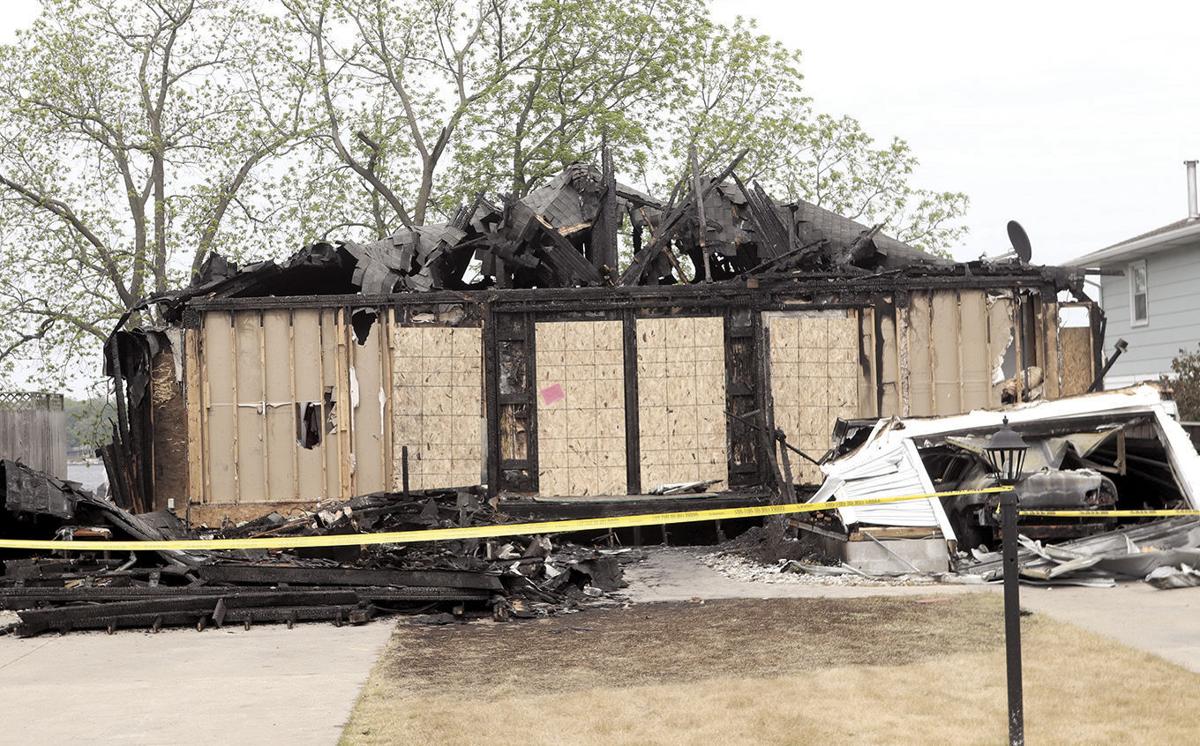 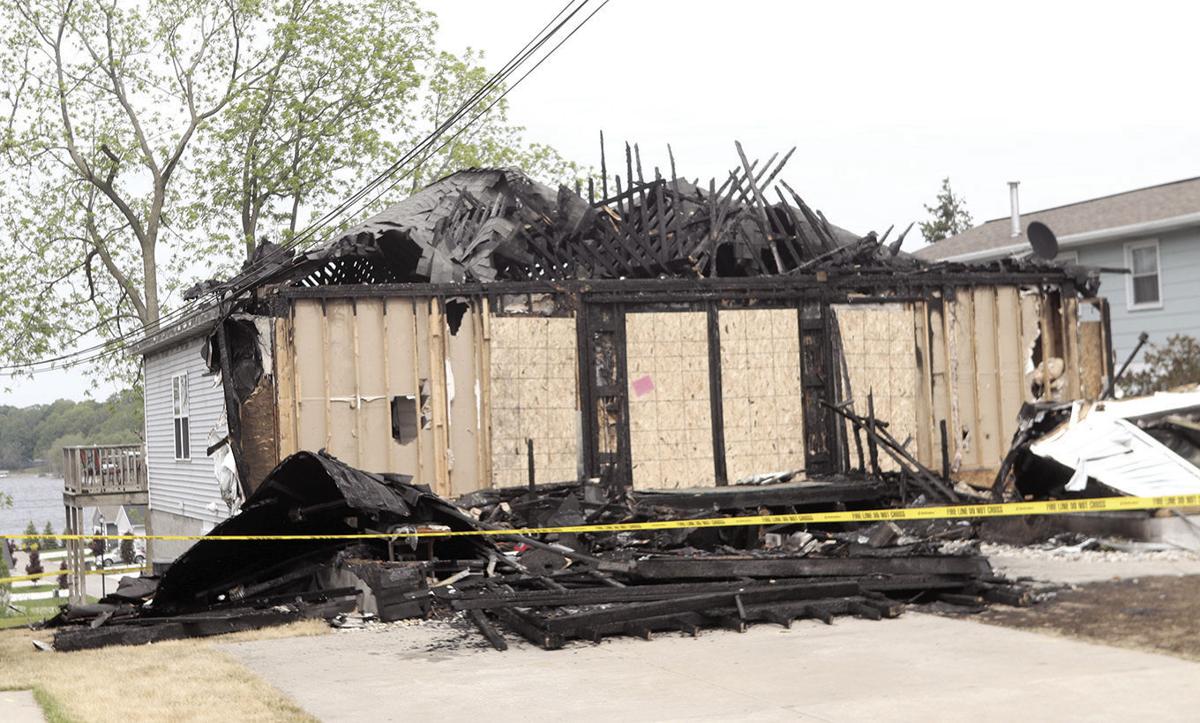 The burnt remains of a duplex home that caught fire Sunday, May 23 on Lakeview Street in Whitehall. Fire crews were dispatched to the fire after a Howmet employee spotted the fire and called 9-1-1. 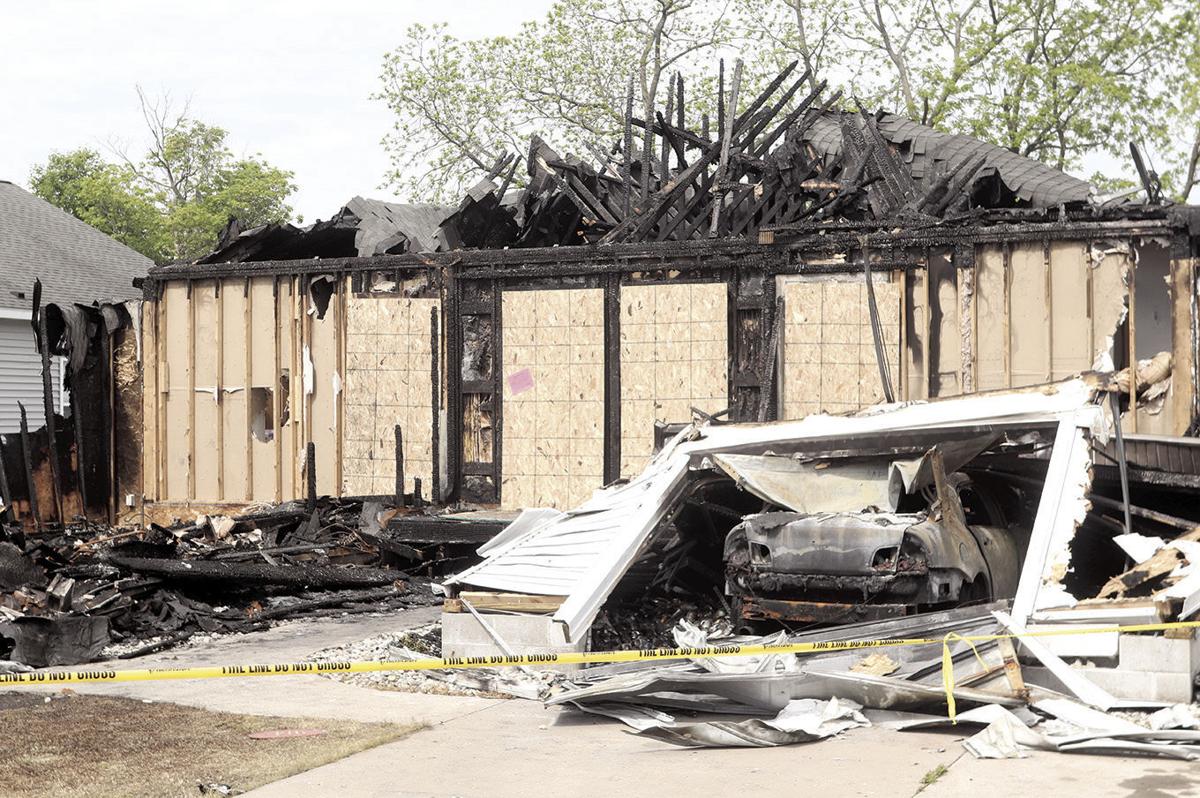 The burnt remains of a duplex home that caught fire Sunday, May 23 on Lakeview Street in Whitehall. Fire crews were dispatched to the fire after a Howmet employee spotted the fire and called 9-1-1.

WHITEHALL – The day started early for the local fire departments last Sunday, May 23.

White Lake Fire Department chief Pete McCarthy said his department dispatched firefighters at 1:14 a.m. to respond to a house fire located at the 900 block of Lakeview Street. With assistance from other fire departments, the fire was quickly put out within 30 minutes of their arrival.

“It was relatively large. It was a duplex and it had a shared deck in between the two garages and that is where the fire started,” said McCarthy.

“It burned for about 30 minutes before anyone had noticed there was a fire. And at that point it had broken through into the actual occupancy, setting off smoke alarms and alerting the occupants.”

One set of occupants were able to get out safely and suffered no injuries. The occupants living on the other side of the duplex were on vacation.

“It was called in by some passersby [sic], a Howmet employee that was walking on their break,” said McCarthy.

“Officially, it will be an accidental fire with an accidental cause. We are not able to rule out discarded smoking material. You know, fire consumes a lot of evidence,” said McCarthy.

The fire department also received medical assistance from Pro-Med, the White Lake Police Department were also on the scene. Det. Brandon Mahoney has also been assisting in the investigation.