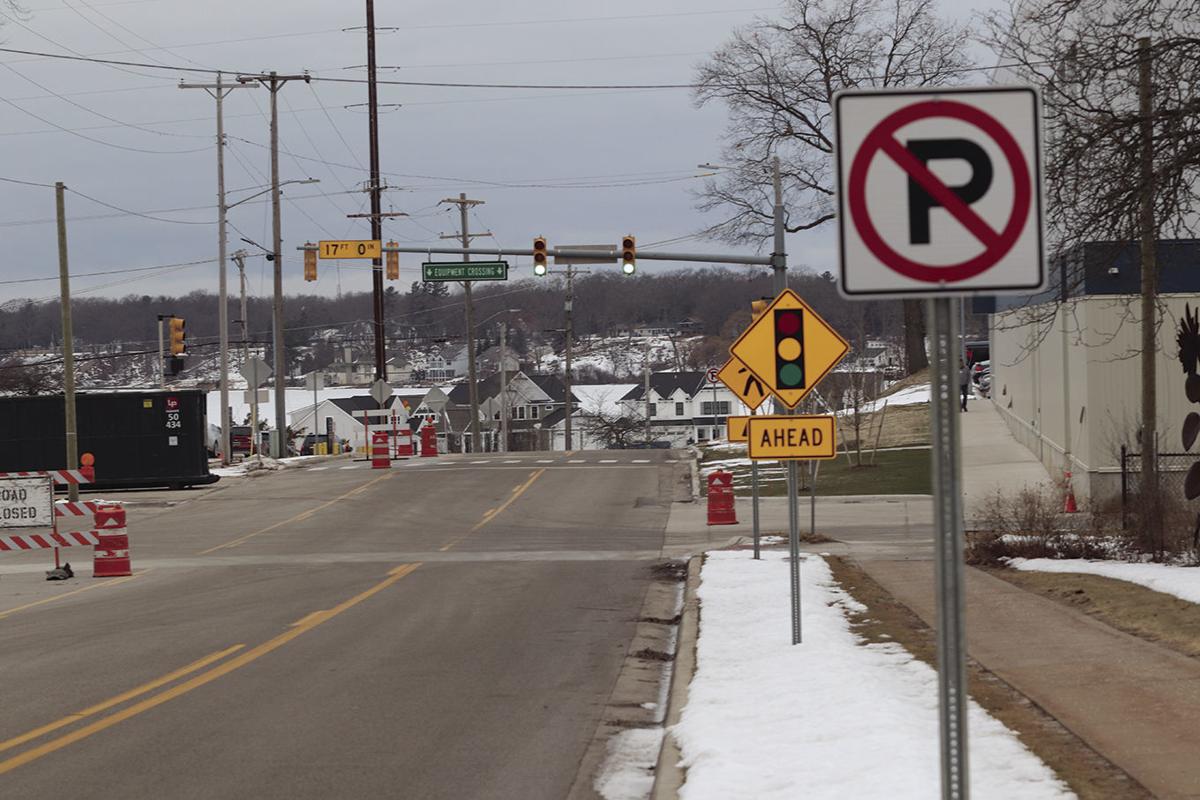 This two-block section of Misco Drive in front of Arconic Plants 1 and 2 was recently reopened. It was closed to traffic during a $99 million expansion of Plant 1. The road opening has lessened the traffic pressure on the two-lane Lake Street nearby. 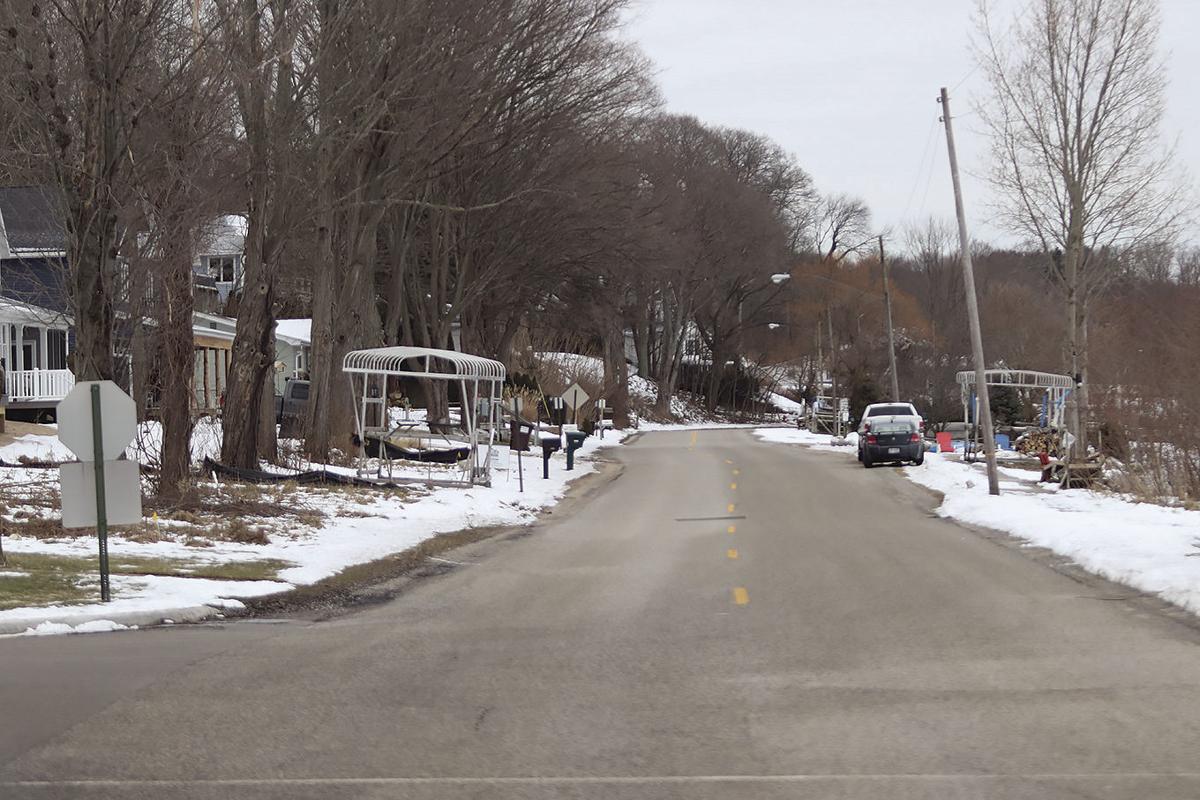 The view of Lake Street, looking south from the Main Street intersection, shows two vehicles parked on the west side of the road.

This two-block section of Misco Drive in front of Arconic Plants 1 and 2 was recently reopened. It was closed to traffic during a $99 million expansion of Plant 1. The road opening has lessened the traffic pressure on the two-lane Lake Street nearby.

The view of Lake Street, looking south from the Main Street intersection, shows two vehicles parked on the west side of the road.

WHITEHALL – A proposed traffic order to address safety concerns with parking in a neighborhood along the city’s waterfront will be getting a closer look by the City of Whitehall council after neighbors expressed concerns that will limit parking for them and guests to their residence.

According to Police Chief Roger Squiers the traffic control order is being proposed over safety concerns on that stretch of road.

The traffic order proposal determined that Lake Street is heavily traveled and travel lanes are 12-feet wide with no curbing and minimal shoulder. The bike/pedestrian path runs along Lake Street on the west side just a few feet west of the curb. Vehicle parked on the edge of the roadway in the area impinge on the flow of traffic on the street and create a traffic and pedestrian hazard in the area.

“That seems to be a problem area,” said David Bedau, 1398 Carleton 319 Lake St., a neighbor and city planning commission chair. “There are a lot of homes in that area of which I’ve built a couple of them, and there’s not much parking for those houses. There is an individual (lives on Lake Street), David Hays, who is actively involved in the community and he has a once a month a meeting and everyone who shows up at the meeting parks on the opposite side of the street of which there is a bike trail, pavement and a road. The speed limit is 25 (mph) there and I think there needs to be something done, but totally not allowing parking on the west side of the road from Main Street to Mill Pond might be a little drastic. The city of Whitehall has an ordinance which is not publicized well. Entering the city of Whitehall from the west it says no parking overnight on any of our streets. That might be something to look at enforcing on that road, possibly time limits, somehow to cut down the amount of parking, but total abolishing parking on the left side of the that road I feel will create a nightmare.”

Resident Tammy Bradford, 1415 S. Lake St., congratulated the city for reopening Misco Drive which connects Lake Street to S. Mears Ave. on which many Arconic employees at Plants 1 and 3 travel to and from work. The street has been closed during that expansion of Plant 1, funneling more traffic on Lake Street from the parking lots.

“I hope having the road open helps with Arconic traffic during first and second shift, change from Lake Street,” she said. “It’s busy at that time. And as Tannery Bay/Eastbrook Homes continues to grow thank you for providing parking on both sides of Lake Street for that neighborhood.”

Bradford said “our parking is a problem for everybody. Some of the neighbors will have their property landlocked.”

Ray Gundy, 1315 Lake Street, who is having construction on his property said he does not agree with a parking ban.

“I can see having no parking in the evenings from 11 o’clock till whatever in the morning. We have limited parking. I might be the reason for the issue because I’m building a house there. So there is construction equipment there. There’s been tractors out there, there’s been loaders out there, there are trailers out there. At this point there’s no place to put them, that’s why they are there. The process is almost done. They won’t be there anymore. I don’t know why you want to take parking away if I want to have a party at my house or anybody else wants to have a party at Christmas or Thanksgiving or other holidays. Where are we going to park everybody?

“I will motion for it because I want to hear discussion on this.” Council member Virginia DeMumbrum supported the motion to allow discussion.

Council member Steve Salter said he wanted to table it (Order No. 239) and put it into a work session. “We’re moving too fast on this.”

Council member Sean Mullally agreed. “In addition to comments we’ve heard here I was contacted by another property owner who expressed similar concerns. I would be interested in researching the issue more and get a good sense of what the people in the neighborhood are wanting.”

Dennis responded, “And, I guess I understand the concerns and what people are saying, but I also am concerned what the chief has to say because there is obviously a reason for this. And if its safety, to me that tops everything else. I’m fine to postpone this to another meeting.”

Council member Dick Connell agreed to put the issue in a work session.

Salter moved to postpone Traffic Order 239, which has precedence over the original motion. The was supported by Mullally and passed by a 6-0 vote.

“I thank the council for tabling this because I think they jumped the gun just a little bit,” said Mike Bradford of 1415 Lake Street. “Some (residents) own property on the west side of the road, but not on the east.”

One of newer residents who lives at 1608 W. Collier Drive said she owns 50 feet of White Lake frontage. The resident said she may not have access to her lake property if parking is banned. “I do not know if I will be able to mow my grass or replace batteries in my boat if I can’t park there.” She said she can’t carry items, like a mower, boat batteries or chairs from her home on top of the bluff to her shoreline property.

With the amount of property she owns on the lakefront she believes she has plenty of room to park off the road.

She called the parking ban a “radical measure.”

Chief Squiers, who was at the council meeting, said the proposed parking ban is a safety issue, and his job is to ensure the safety of the public.

“Prior to a year ago there wasn’t routine parking in that area. Last year it came to a head with a wrecker parking on the road in the wrong direction all night long.”

Squiers said he doesn’t intend to keep neighbors from having access to their property. “Generally, if they are parking there short term, there will not be a problem.” Overnight parking is a different story.

The chief said the roadway is narrow, and having pedestrians cross the road between parked vehicles can be a safety hazard.

“It’s not that I’m not sympathetic to the residents, but my job is to protect the public’s safety.”