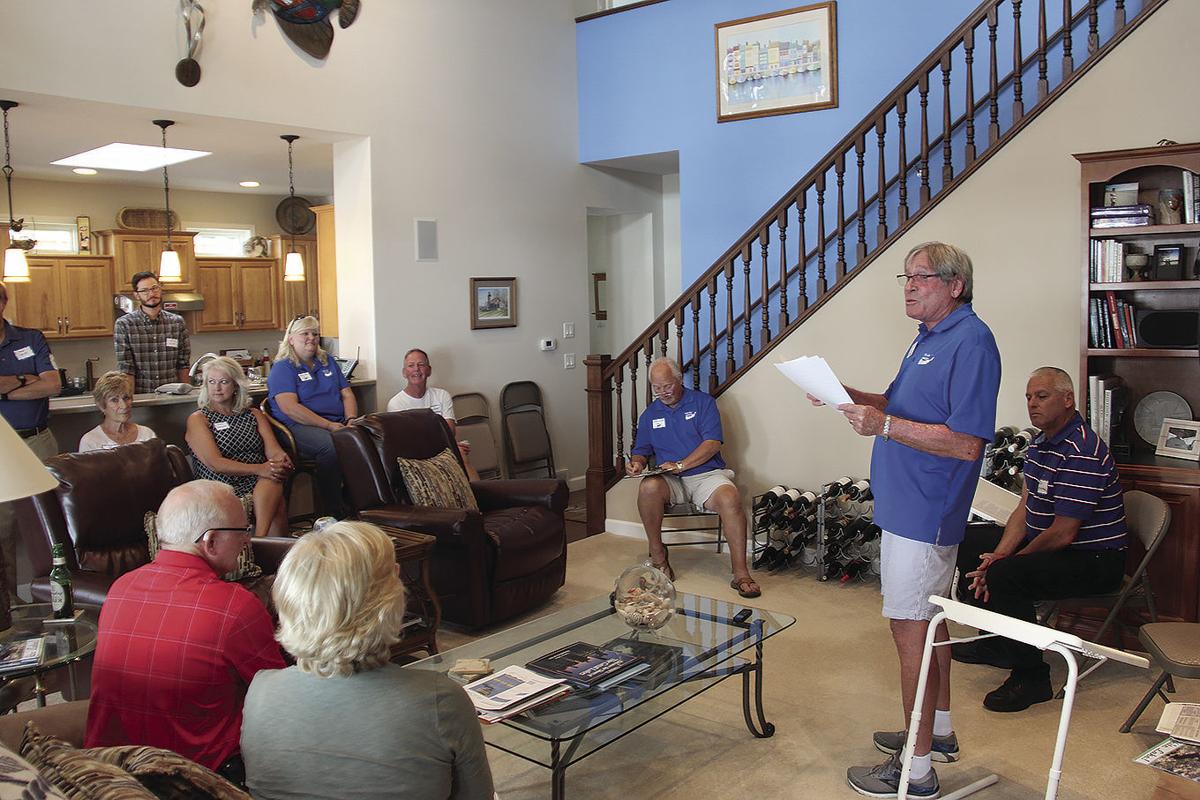 Above, WLA President Dave Hays speaks to members and visitors at the group’s August 13 meeting at his Whitehall home.

At right, State Senator Jon Bumstead emphasizes a point when talking about the state budget negotiations. 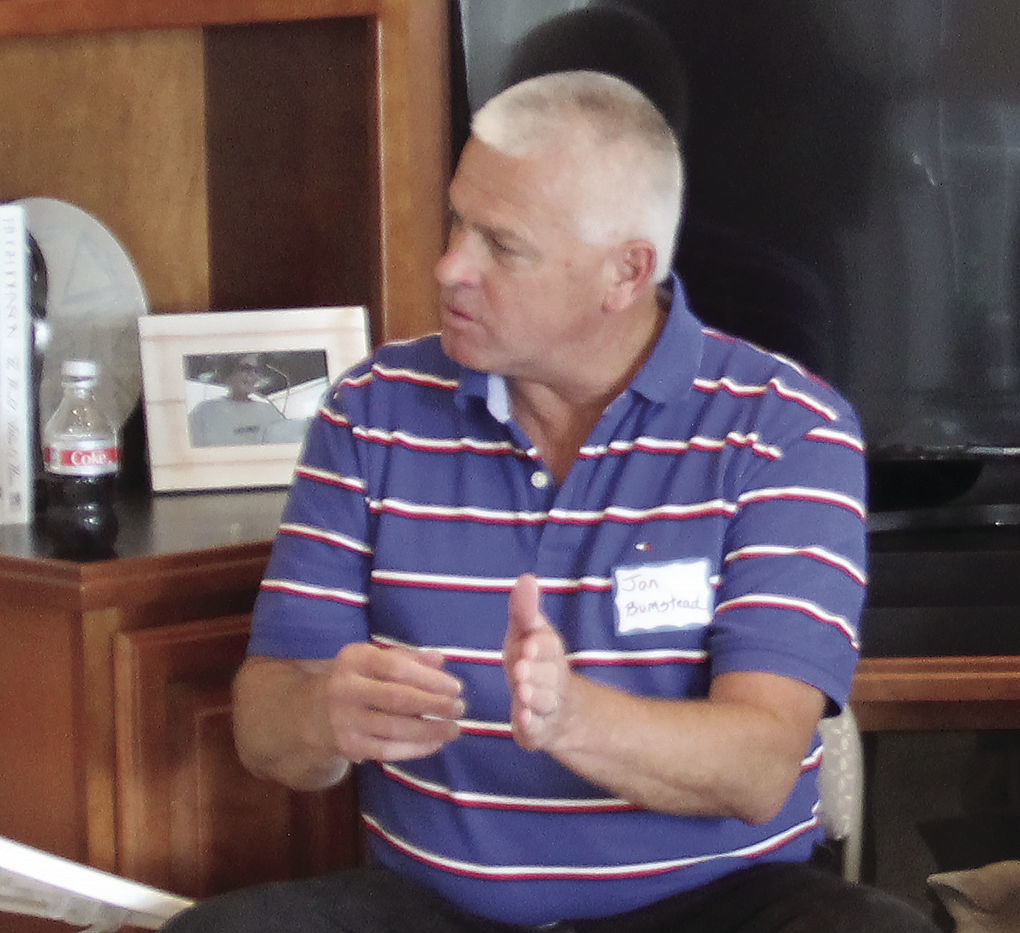 Above, WLA President Dave Hays speaks to members and visitors at the group’s August 13 meeting at his Whitehall home.

At right, State Senator Jon Bumstead emphasizes a point when talking about the state budget negotiations.

WHITEHALL – 34th District State Senator Jon Bumstead of Newaygo said he ran for public office to promote conservation efforts, and now he can make a difference by chairing the Natural Resources and Environmental Quality appropriations subcommittees.

Bumstead met with members of the White Lake Association at the home of its president Dave Hays on August 13.

The state senator said he was president of the Safari Club International’s Michigan chapter and owned his own construction firm when he decided to run for state representative. He was elected to the 100th District seat which represents Oceana and Newaygo counties. He served three terms in the House before being term limited in 2016. In 2018 he was elected to the Senate for the 34th District which represents Newaygo, Oceana and Muskegon counties.

Bumstead said he can use his influence on the appropriations subcommittees during this current budget negotiations to promote conservation and the environment.

“We need to get the budget out by the first week in October,” Bumstead said.

The senator, who lives on the Muskegon River, said some key issues in the budget are providing funds to hire EGLE employees to monitor for PFAS, lead, copper and other contaminants in the water supply; funding to address the growing concern about the chronic wasting disease among the deer population and using the state’s Natural Resources Trust Fund monies to protect fragile lands and develop recreational opportunities.

It also maintains a weather station and video cam at the White River Light Station, partners with the White River Steelheaders to install and maintain “no wake” buoys in White Lake, works to make boat launching safe and convenient at Scenic Driver and other locations, and used a grant from the Sea Tow Foundation to offer loaner life jackets for boaters at two boat launch ramps on White Lake.

Also attending the WLA meeting were Mike Gallagher, president of the Michigan Lake and Stream Association; Raymond Schinler, board chair of the White River Watershed Partnership and Erick Elgin, Water Resources Educator for the MSU Extension.