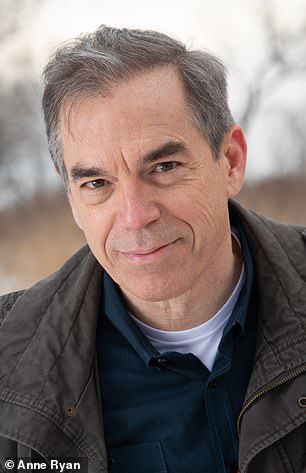 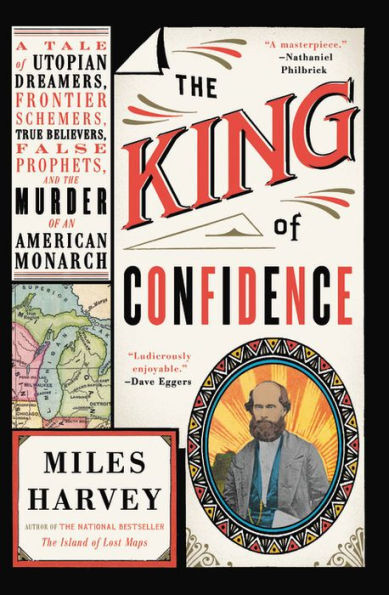 In a non-fiction account that is less believable than fiction, Miles Harvey relates the story of religious trickery on the frontier in a nearly forgotten historical episode in his Michigan Notable book “The King of Confidence: A Tale of Utopian Dreamers, Frontier Schemers, True Believers, False Prophets, and the Murder of an American Monarch”.

Harvey has a fondness for obscure characters from American history. In this book, the center of his attention is James Strang (1813-1856), a villain to most, a saint to others, who “vanished into the night” in western New York in 1843 only to appear some time later in Nauvoo, Ill. There, though previously a professed atheist, he was baptized into the Church of Jesus Christ of Latter-day Saints by none other than Joseph Smith. Strang, Harvey surmises, may have come there in order to con Latter-day Saint settlers, as he had apparently done to New Yorkers before. However, Strang quickly realized that there was more to be made by being a religious leader, and when Smith was killed, Strang asserted that he was heir to his throne. Brigham Young prevailed, but Strang kept up his campaign while establishing an offshoot of the church first in Wisconsin, then on Beaver Island in Lake Michigan, fulfilling his “plans to lay claim to a kingdom all his own.”

Miles Harvey is the author of the national and international bestseller The Island of Lost Maps and the recipient of a Knight-Wallace Journalism Fellowship at the University of Michigan. His book Painter in a Savage Land was named a Chicago Tribune Best Book of the Year and a Booklist Editors’ Choice. He teaches creative writing at DePaul University in Chicago, where he is a founding editor of Big Shoulders Books and director of the DePaul Publishing Institute. The accolades for “The King of Confidence” include a longlist honoree for the Andrew Carnegie Medal for Excellence in Nonfiction and for the Chautauqua Prize; a finalist for the Society of Midland Authors Award for Biography and Memoir; a New York Times Book Review Editors’ Choice; a Michigan Notable Book of 2020; a Booklist and CrimeReads best book of 2021; an Amazon Best Book of the Month in two categories (History & Biography); a Lit Hub “Most Anticipated Book of 2020”; and a Publishers Weekly and Chicago Tribune best summer read.

Harvey is speaking Wednesday, July 28 on the large screen at The Book Nook and Java Shop (8744 Ferry Street in Montague) as part of the Friends of the Montague Library book talk series. Food, beverages and fellowship can be enjoyed in person there before and during the 7p.m. presentation, or viewers can log in and watch from home devices if they prefer. To register for home viewing, visit the calendar at madl.org and click on the date of July 28, then register. The Zoom link will be emailed to registrants before each program. Please call the Montague Branch Library for more information at 231-893-2675.

We love hearing from our readers. Click below to submit a Letter to the Editor.