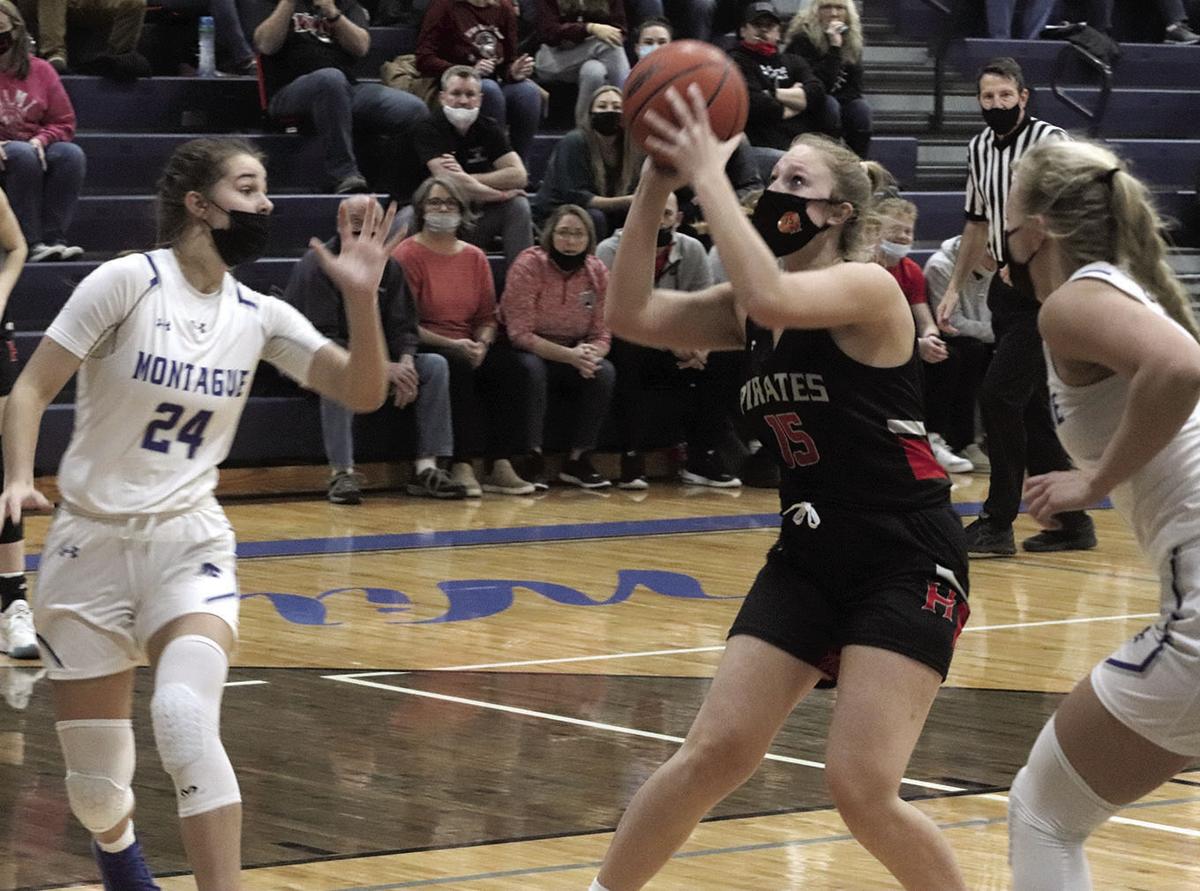 Montague’s Kendall Osborne readies herself to contest a shot by Hart’s Cassidy Copenhaver during a game last season. Osborne is one of the Wildcats’ top returning players. 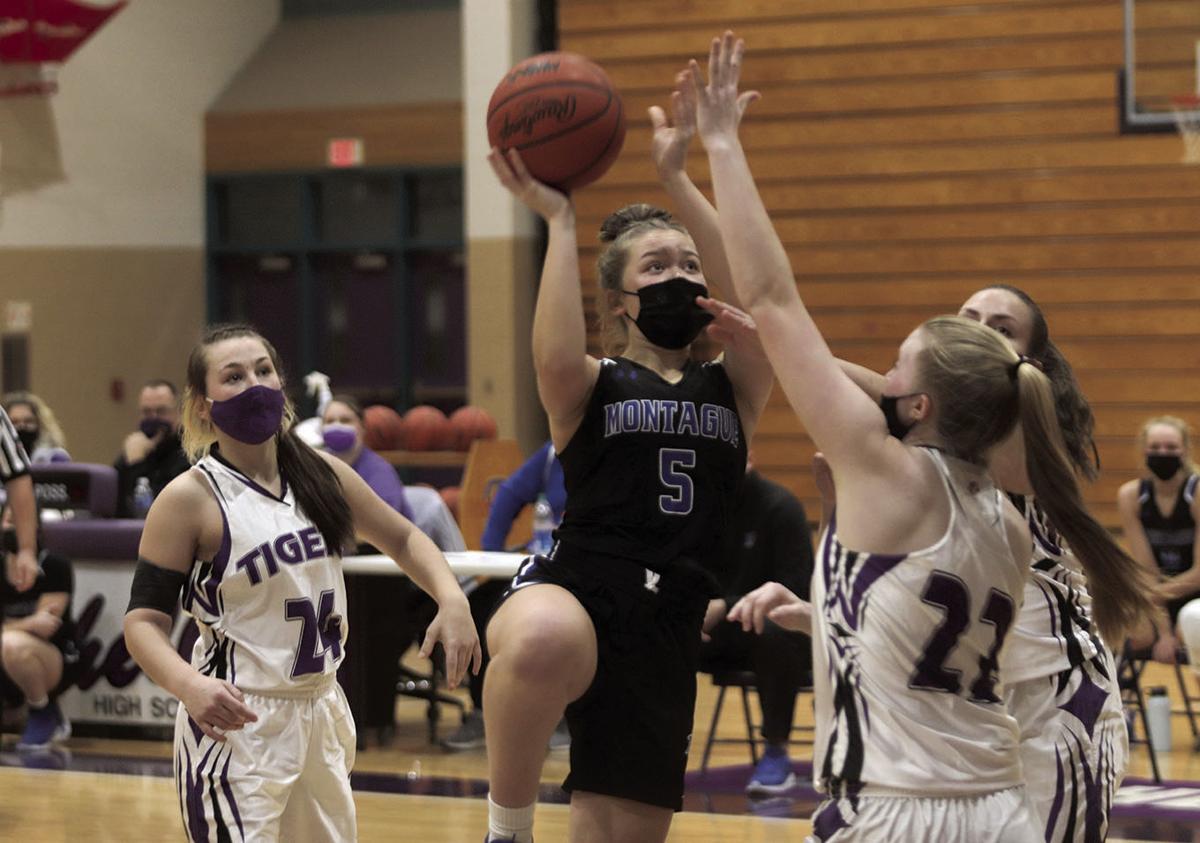 Montague’s Emma Dyer (5) goes up for a shot over Shelby’s Ella Olmstead during a game last season. Dyer will be one of Montague's key players this season.

Montague’s Kendall Osborne readies herself to contest a shot by Hart’s Cassidy Copenhaver during a game last season. Osborne is one of the Wildcats’ top returning players.

Montague’s Emma Dyer (5) goes up for a shot over Shelby’s Ella Olmstead during a game last season. Dyer will be one of Montague's key players this season.

On the one hand, new Montague girls basketball coach Nick Thaler has an enviable situation to walk into: The Wildcats have won two consecutive West Michigan Conference titles and had an unbeaten regular season last year before falling to eventual state runner-up Newaygo in the regionals.

On the other hand, Thaler, who came to Montague after five years in the Grand Haven boys' program, has a tough task to continue that success because Montague graduated five key players, including most of the starting lineup, from last year's impressive 17-1 group.

However, while the Wildcats' retool isn't going to be easy, Thaler said he's been impressed with how his new team is handling early-season preparation.

"Our seniors have set the tone," Thaler said. "The team has taken a 'be first' approach to everything we do as a program. I am very pleased and happy with the strides we have made in learning a lot of new concepts."

Five varsity players return for Montague, led by sophomore Kendall Osborne, younger sister of now-graduated star Braquelle. Kendall had an impressive freshman year last season, especially considering the obstacles presented by the COVID-19 pandemic, and with so many stars gone from last season, she'll likely be taking on a much bigger role this year.

Also back are the Meacham sisters, Maddie and Claire, as well as Brooke Stark and Emma Dyer.

"The leadership, work ethic and energy they bring to this team will be vital to the success we have this season," Thaler said.

Montague will have a tall task to overcome Hart, which took second in the WMC each of the past two seasons and looks primed to be the favorite this year, but the Wildcats certainly don't intend to let their league title get away without a fight.

No matter how conference season goes, Montague should be among the best-prepared teams in the state when postseason play rolls around because of a challenging schedule. In addition to Hart, the Wildcats will tangle with some of the best teams in the area, including Western Michigan Christian and Comstock Park, both on the road. The two teams combined for only three losses last season. Perennial district threat Spring Lake is also on the slate.

"Our expectations are to compete every time we take the court," Thaler said. "Regardless of our opponent, we will have great respect for them. The goal is to get better each day and be playing our very best come tournament time.

"We have no nights off and need to be prepared."