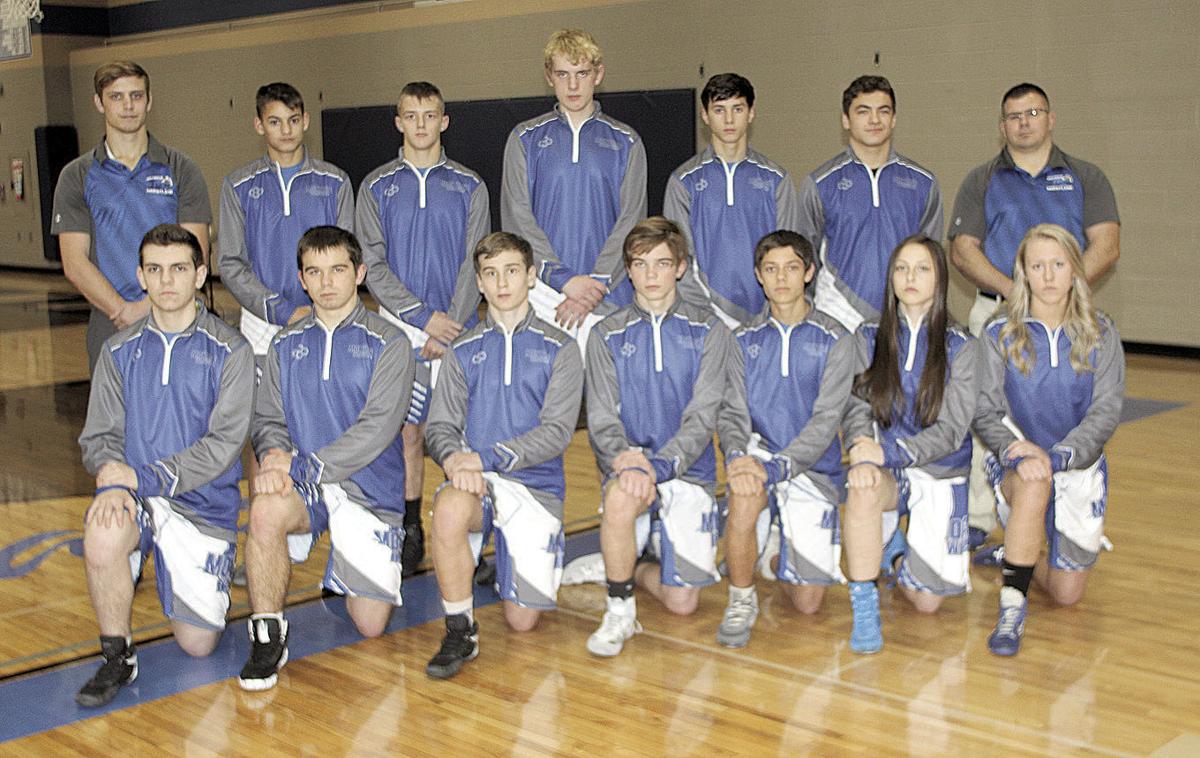 Montague’s wrestling team poses for its team photo in December. The Wildcats earned academic all-state honors with a team grade point average of 3.47.

Montague’s wrestling team poses for its team photo in December. The Wildcats earned academic all-state honors with a team grade point average of 3.47.

Wrestling teams in the area were very successful on the mat this season, but they were even more successful in the classroom.

All three local squads picked up academic all-state honors when they were announced by the Michigan Wrestling Association last month, with Division 2 Whitehall posting the top overall grade point average across all divisions, at 3.93. Reeths-Puffer was also academic all-state in Division 2, with a 3.5 team GPA, and Division 3 Montague earned the honor with a 3.47 team mark. (Team GPAs are calculated using an average of the top 14 individual GPAs on each team.)

“We stress that academics come first and that education will take them where they want to be in their life,” Whitehall coach Justin Zeerip said. “They were great kids in the classroom and on the mat as well and we couldn’t be prouder of them as a group.”

Venema’s honor was a reflection of the work he put in on the mat as well as in the wrestling room as a team leader. The senior graduated as a three-time all-state performer. Zeerip said Venema is headed to Muskegon Community College via the Promise scholarship.

“We’ve really loved working with Kayleb,” Zeerip said. “He’s a great kid on and off the mat. We relied on his leadership skills this year. We were really proud of how he finished his year at the state tournament. He showed a lot of heart and character and had a lot of pressure on him. He was a leader for the underclassmen. We’re proud of him and think he’ll be really successful.”

The Viking coach added that since most of the wrestlers who contributed to the team GPA were non-seniors, their impressive work should continue next year.

“We expect they’ll continue to work hard in the classroom,” Zeerip said.

Montague’s academic work was especially impressive since the Wildcats did not have 14 wrestlers (they had 12), so they had to use everyone’s GPA when computing the team’s total. Nevertheless, they scored highly enough to earn the academic all-state honor, the third year in a row and fourth time in five years the team has picked up that distinction.

“That’s why it means so much more to our team,” Montague coach Kris Maddox said. “We are all in together. Every Friday they have to print their grades off and I review them with them. We talk about doing the little things like completing homework and no missing assignments.”

Nine of the 12 Wildcats were also all-West Michigan Conference academically. With almost the entire roster set to return next year, Montague hopes to improve on its five regional qualifiers on the mat and can look forward to more academic success too.

Reeths-Puffer’s academic honor capped off the most successful season in team history, which saw the Rockets win their first-ever regional title and also advance to the state final four for the first time.