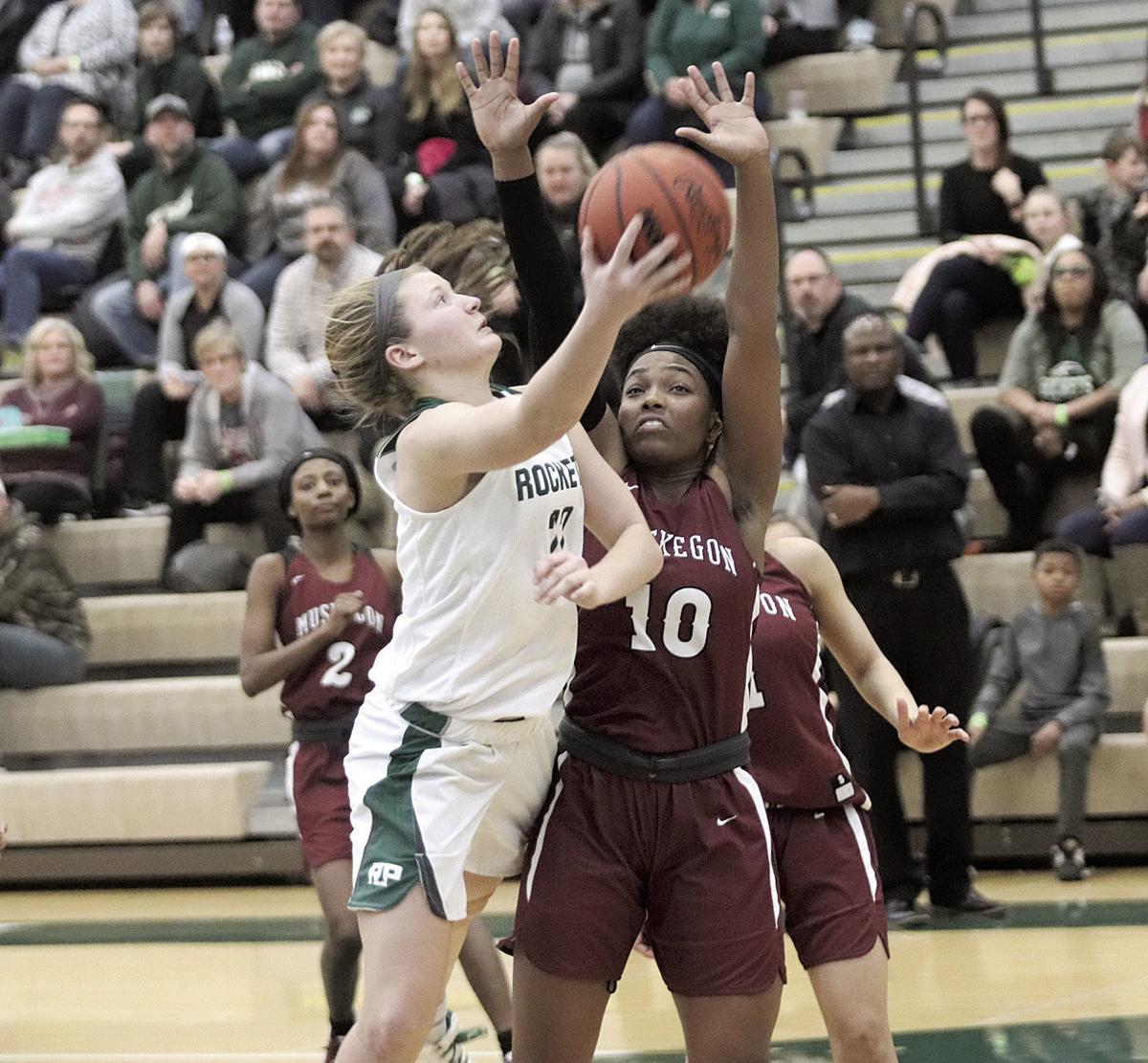 Reeths-Puffer's Lauren Ross (left) puts up a shot against defense by Muskegon's Kailyn Nash during Friday's game at R-P. Despite Ross' 34 points, the Rockets lost 73-63. 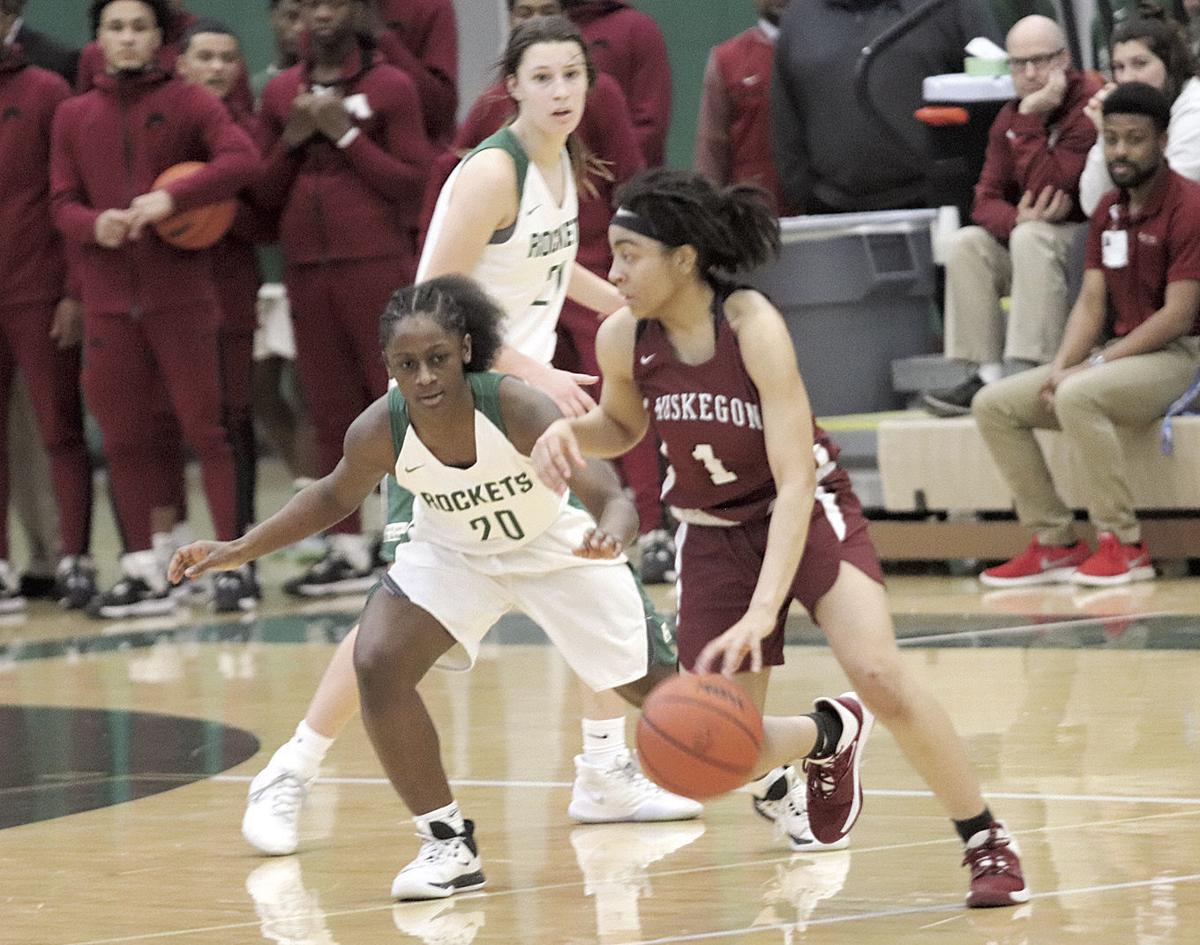 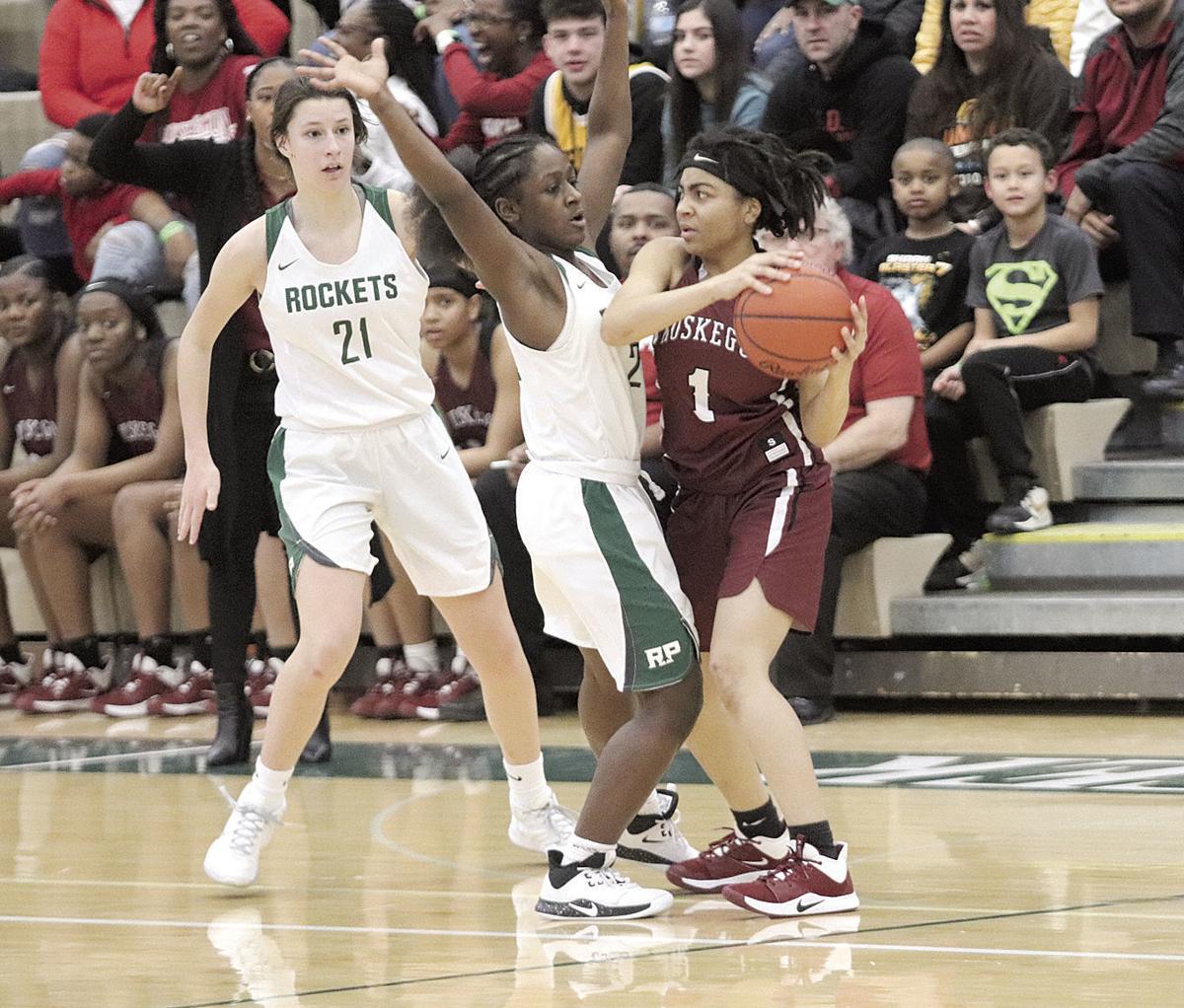 Reeths-Puffer's Lauren Ross (left) puts up a shot against defense by Muskegon's Kailyn Nash during Friday's game at R-P. Despite Ross' 34 points, the Rockets lost 73-63.

MUSKEGON — Reeths-Puffer played a tough game Friday against Muskegon, but the Big Reds were able to keep R-P at arm’s length down the stretch and secure a 73-63 win.

The Rockets (8-2, 1-2 O-K Black Conference) got as close as five points late in the game, but weren’t able to break through despite a solid effort.

“I just thought our girls kind of got caught up in the moment a little bit in the game,” Rockets’ coach Rodney Walker said. “This was kind of a playoff atmosphere, which will help us in the long run. They were a little more prepared than we were, and I thought they did a great job getting out on us early.”

Walker said he was pleased with the way his team didn’t shy away from the big moments late in the game, even though the shots didn’t fall.

“I told the girls, I thought they grew up tonight in a big way,” Walker said. “The girls hit some key shots down the stretch to kind of help us out a little bit. But for the most part, they never quit. They kept on pushing through.”