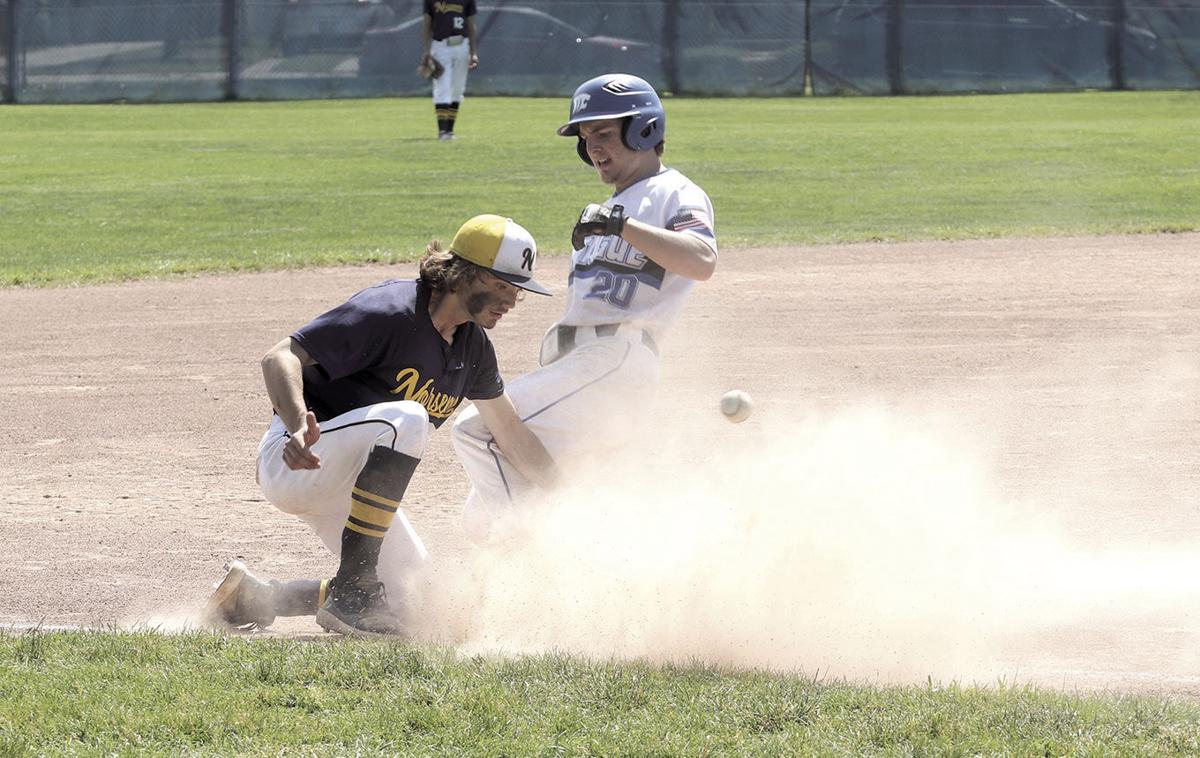 The ball gets away from North Muskegon’s third baseman as Aidan Buchberger arrives at the bag for Montague during last Saturday’s district finals game at North Muskegon. The Wildcats lost, 13-2. 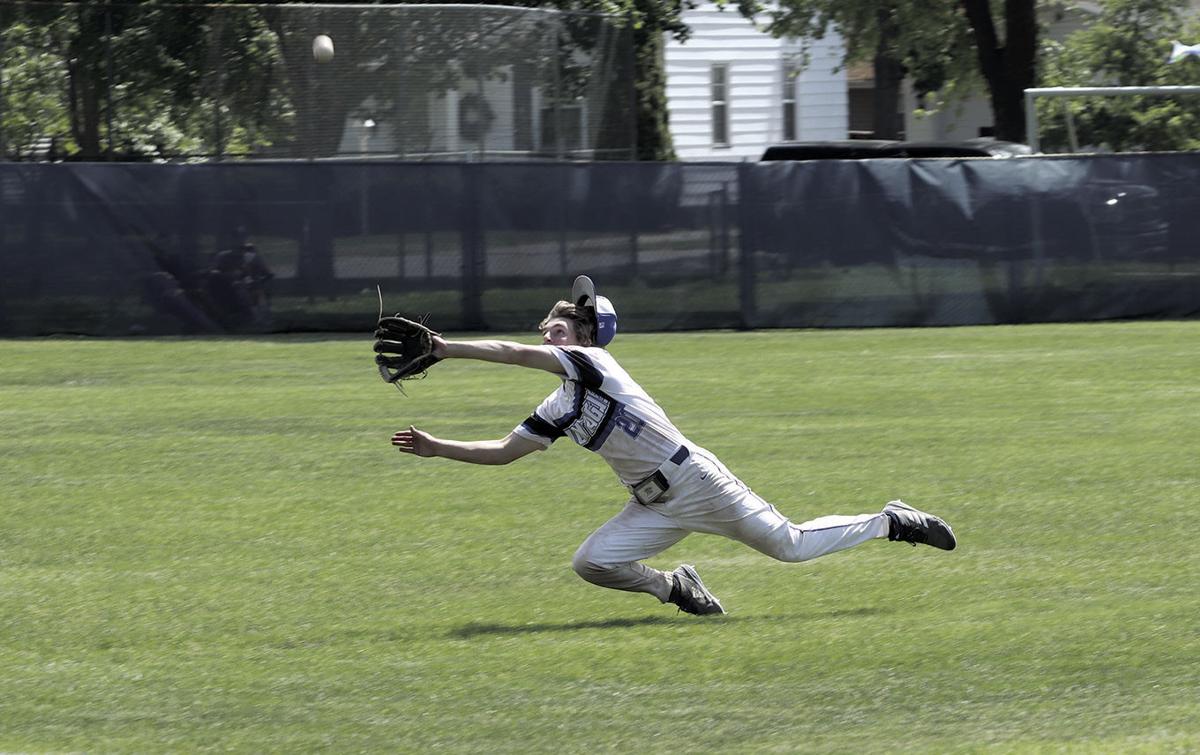 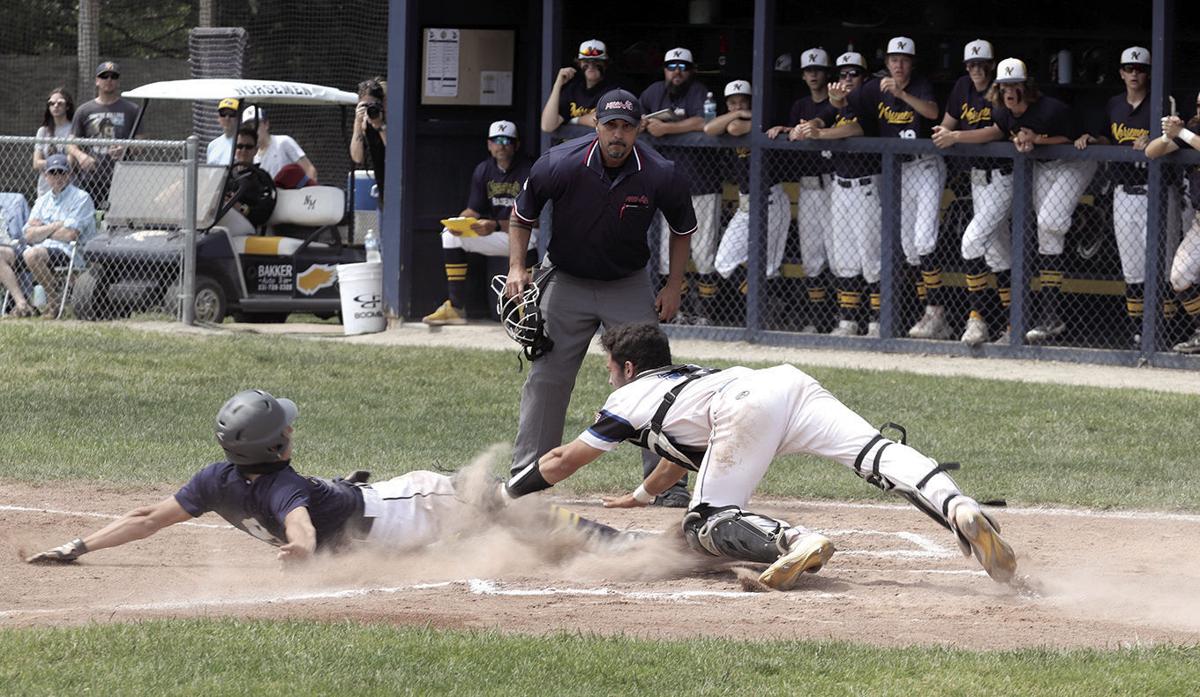 Montague’s Tugg Nichols (right) can’t make the tag in time to get North Muskegon’s Ben Meyers at the plate during Saturday’s district finals game at North Muskegon. The Wildcats lost, 13-2.

The ball gets away from North Muskegon’s third baseman as Aidan Buchberger arrives at the bag for Montague during last Saturday’s district finals game at North Muskegon. The Wildcats lost, 13-2.

Montague’s Tugg Nichols (right) can’t make the tag in time to get North Muskegon’s Ben Meyers at the plate during Saturday’s district finals game at North Muskegon. The Wildcats lost, 13-2.

MUSKEGON — Everything Montague did right in scoring a legendary 14-inning victory over North Muskegon May 29 pretty much went the other direction Saturday as the Wildcats were mercy-ruled by the Norsemen in the district title game, 13-2.

The game went sideways almost immediately for Montague, which committed an error on the first play of the game. That set the stage for a mess of an inning in which the Wildcats had three errors, allowed four hits and surrendered six runs. Montague was never able to threaten from there, and the Norsemen contributed to the chaos by laying down a few impressive bunts, leading to more mistakes as the Wildcats tried too hard to make things happen defensively.

"We started out with two or three errors in that first inning, and a couple errors later on," Montague coach Kevin Buchberger said. "That's on me, not getting them better prepared to play today.

"We threw the ball around a little bit. Hats off to them for putting pressure on us and taking care of business."

Denny Belmonte had the big hit of the first inning, a two-run single, and two errors later it was 6-0.

The 'Cats, meanwhile, didn't manage a hit in the first three innings against North Muskegon ace Charlie Branch, reaching base only on two walks and a Norsemen error. By the time they did get their first and only hit of the game (a Sam Smith single), another disastrous inning had struck. In the top of the fourth, Montague committed three more errors to help score five Norsemen runs, making the score 12-2.

"There was nothing different today than there was last Saturday when we played them," Buchberger said. "I felt both teams were still equal. We just didn't have a good day today."

The Wildcats' first run was an unearned run scoring on a two-out error on a ground ball by Aidan Buchberger. Kade Johnson brought across Montague's second run with a groundout after Hayden McDonald walked and pinch-runner Izac Jarka moved up twice on balls to the backstop.

However, needing two runs to avoid a rare mercy-rule defeat in the fifth, Montague went down in order, striking out twice.

The ending was a sour one, but the Wildcats had one of its most successful seasons ever in 2021, winning 26 games - more, coach Buchberger said, than any Montague team has won in 30 years - against a difficult schedule and winning a share of the West Michigan Conference title.

"To win that many games with that schedule is pretty impressive for these kids," Buchberger said. "There were only three seniors on this team. We're getting the majority of the team back. The future looks good for us, but this one hurts. Hopefully they watch this celebration, this awards ceremony, so they get a taste of it for next year.

"I've got seven or eight guys that play travel baseball in the summer too. They're not going to stop playing. They're going to improve, they're going to get better and they'll be ready for next year."

Earlier in the day, Montague pounded Hesperia 13-0 in five innings in the semifinals.

Colton Blankstrom collected four hits, drove in three runs and scored twice in the win. Nick Moss, Tugg Nichols and Buchberger each got a pair of hits. Buchberger earned the win on the mound, striking out two and walking four in a shortened three-hit shutout.