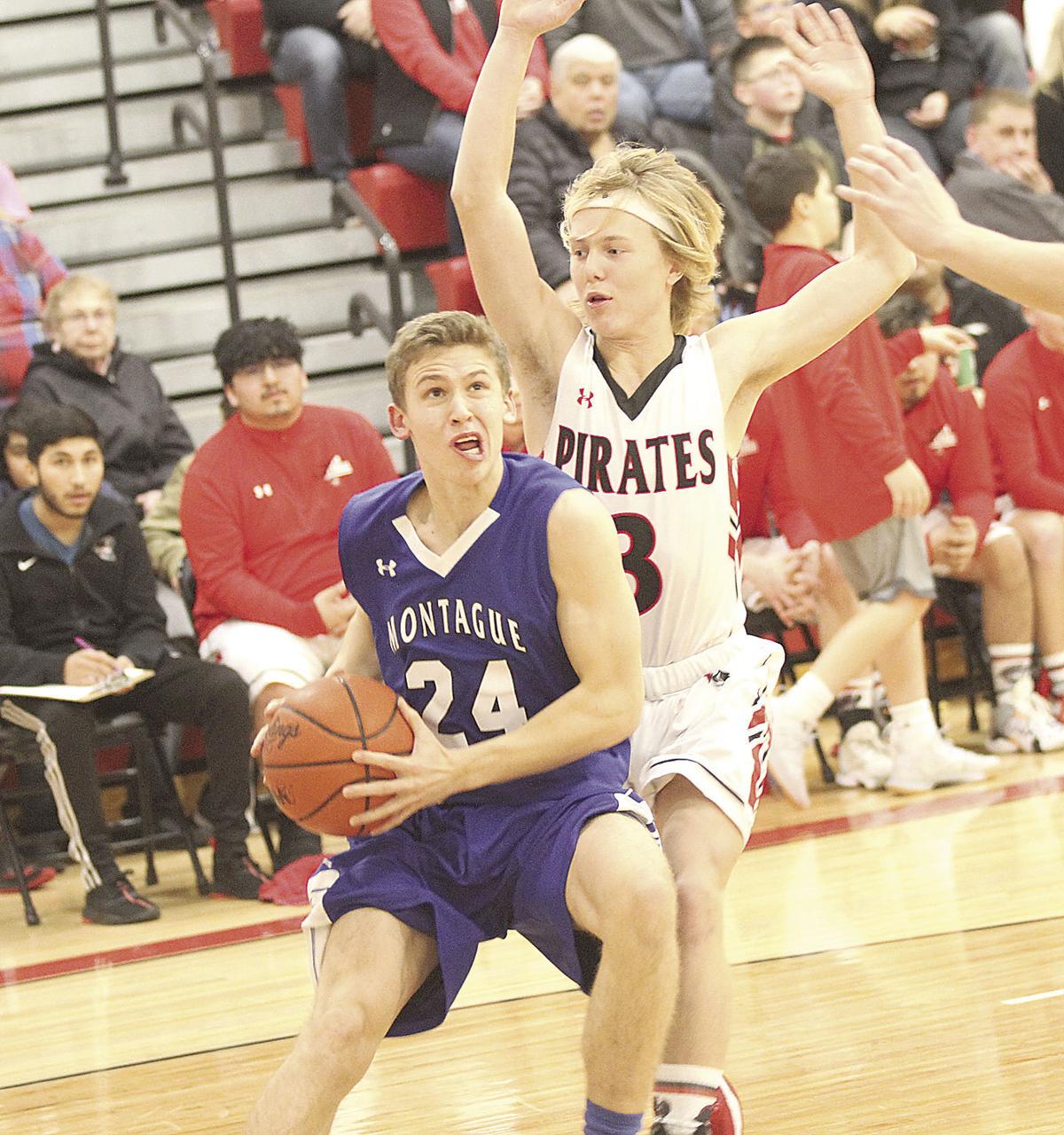 Montague’s Tate Stine drives to the basket against Hart’s Hunter Tubbs during a game last season. Stine is one of the Wildcats’ top returning players this year. 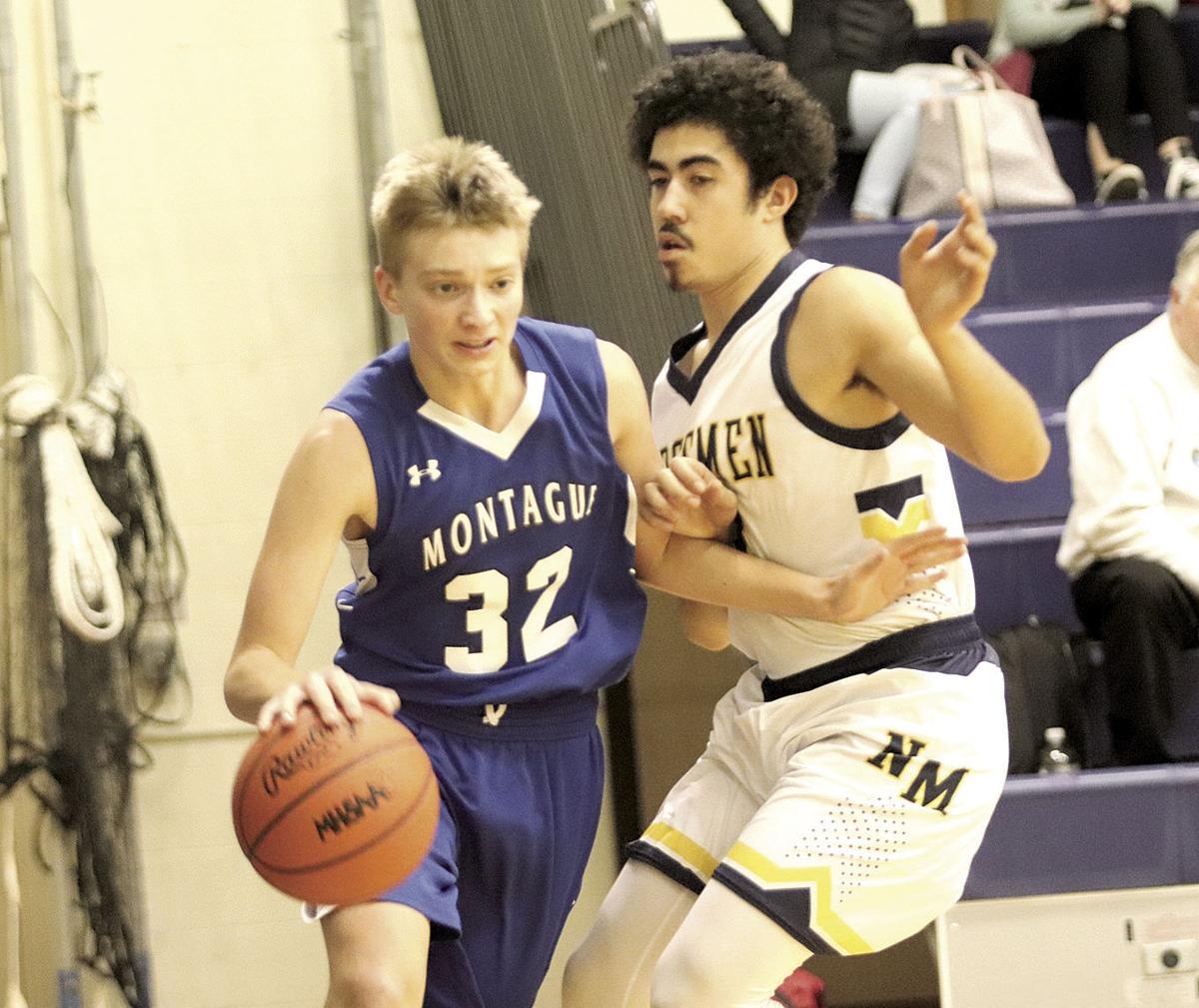 Montague’s Tate Stine drives to the basket against Hart’s Hunter Tubbs during a game last season. Stine is one of the Wildcats’ top returning players this year.

Montague boys basketball’s season will feature a lot of new faces this year, so many that it’s not certain yet who those faces will be.

The Wildcats were already losing most of the starters from last season’s team, which battled to a .500 record. And with Montague’s football team, which also supplies some Wildcat hoopsters in normal years, playing its tournament in January, it’s unclear how many players will join the basketball team when the football season ends.

However, Montague does have some promising athletes on the team. A handful of returning players will be on the roster, including senior Lance Grattafiori and juniors Colton Blankstrom, Tate Stine and Tugg Nichols, who were each rotation players in 2019-20; Stine is the top returning scorer, with 8.2 points per game last season. Each will likely have to beef up their statistical production for the Wildcats to have success this year. Junior Aidan Buchberger and senior Jeremy Howard also saw some action last season and will likely see more this year.

Veteran Wildcats’ coach David Osborne sees Stine, Nichols, Blankstrom, Grattafiori and Buchberger as the team’s leadership committee of sorts. They’ll be counted on to guide the rest of the roster as well as perform well in their own right.

“As a group, they have all matured and are ready to compete and challenge themselves to grow as a team,” Osborne said. “This should help us become a better basketball team over the course of the season.”

The West Michigan Conference will be wide open this year, maybe even more so than usual due to the six-week sprint that will comprise the regular-season schedule and the potential COVID-19 issues that could arise during the season. That said, Osborne IDs Whitehall, Oakridge and North Muskegon, all perennial threats, as league favorites. As of now, the Wildcats do not have any non-conference games scheduled, although that could change.