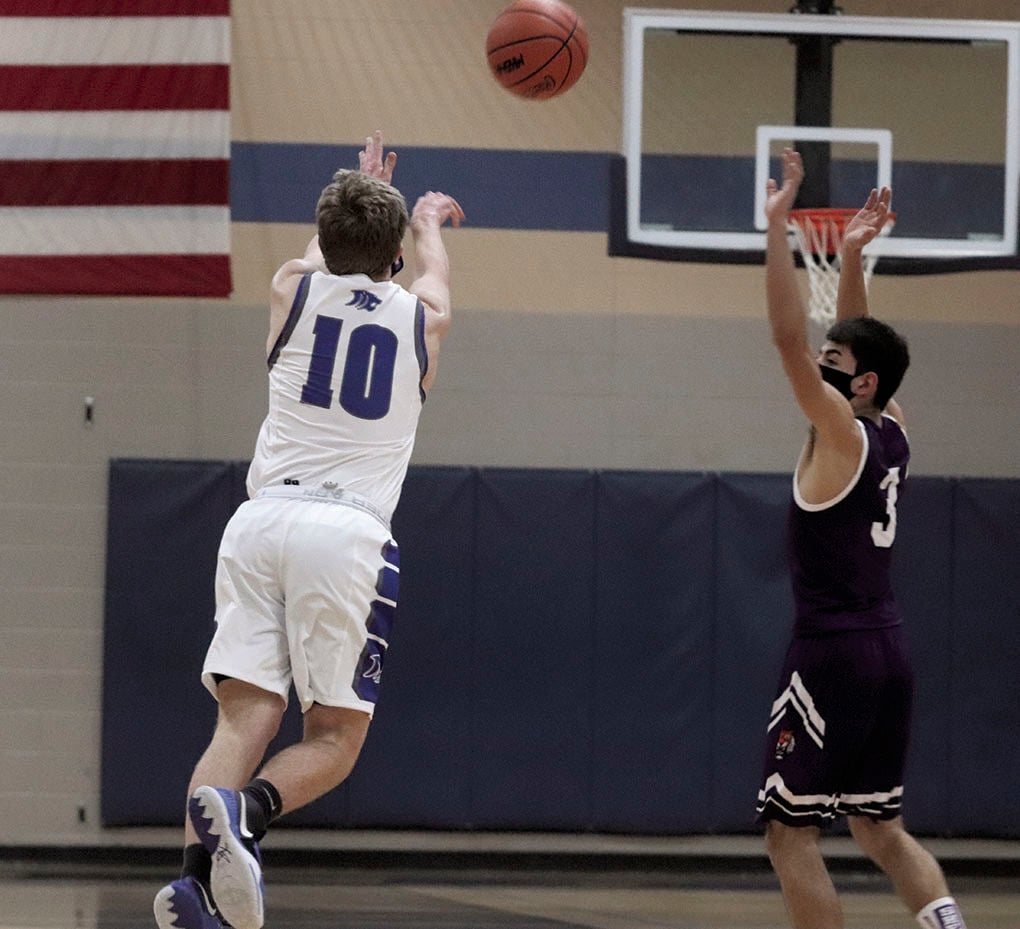 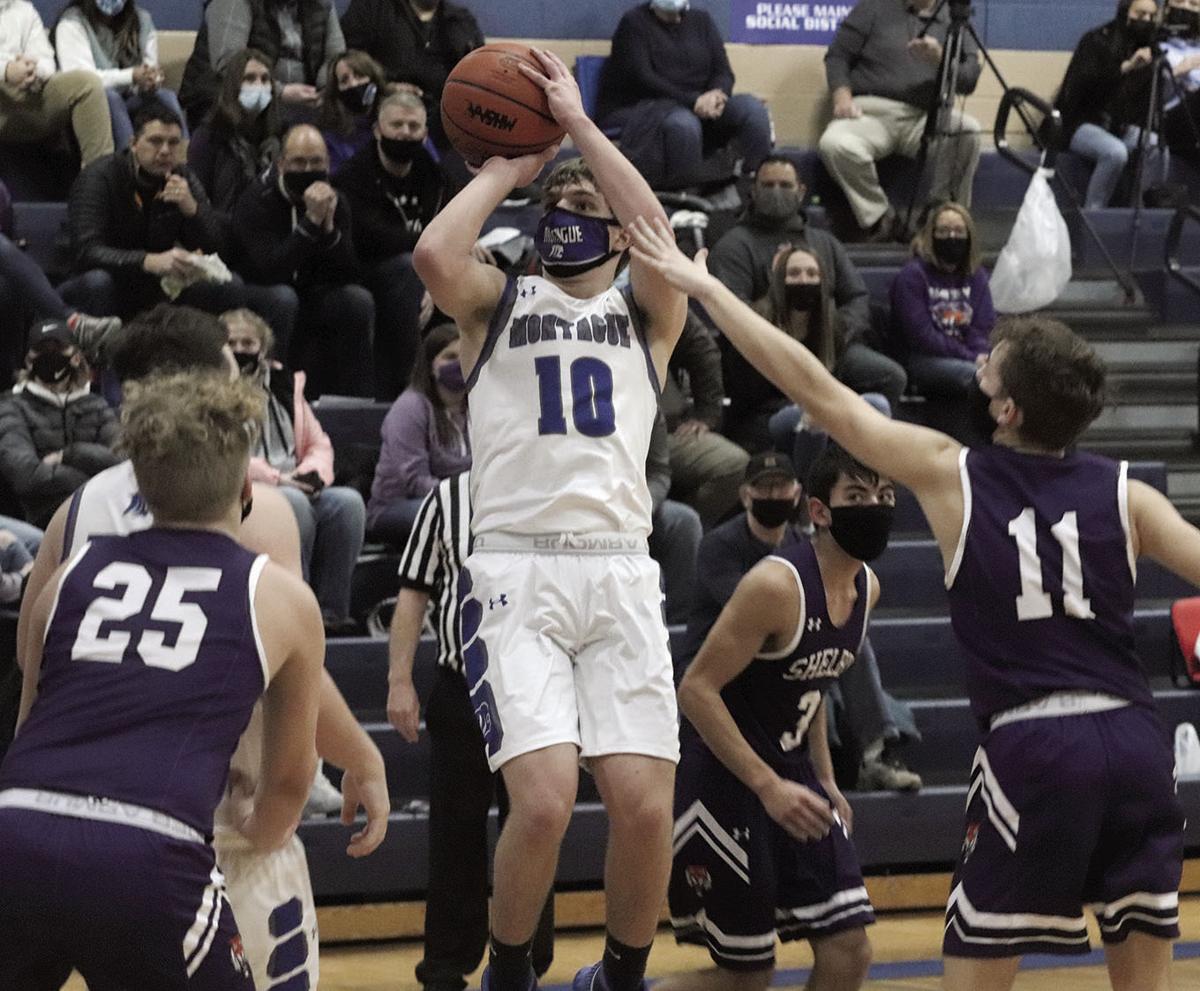 Montague's Aidan Buchberger (10) rises up for a jump shot over Shelby defender Mason Garcia during Friday's WMC game at Montague. The Wildcats won, 47-33. 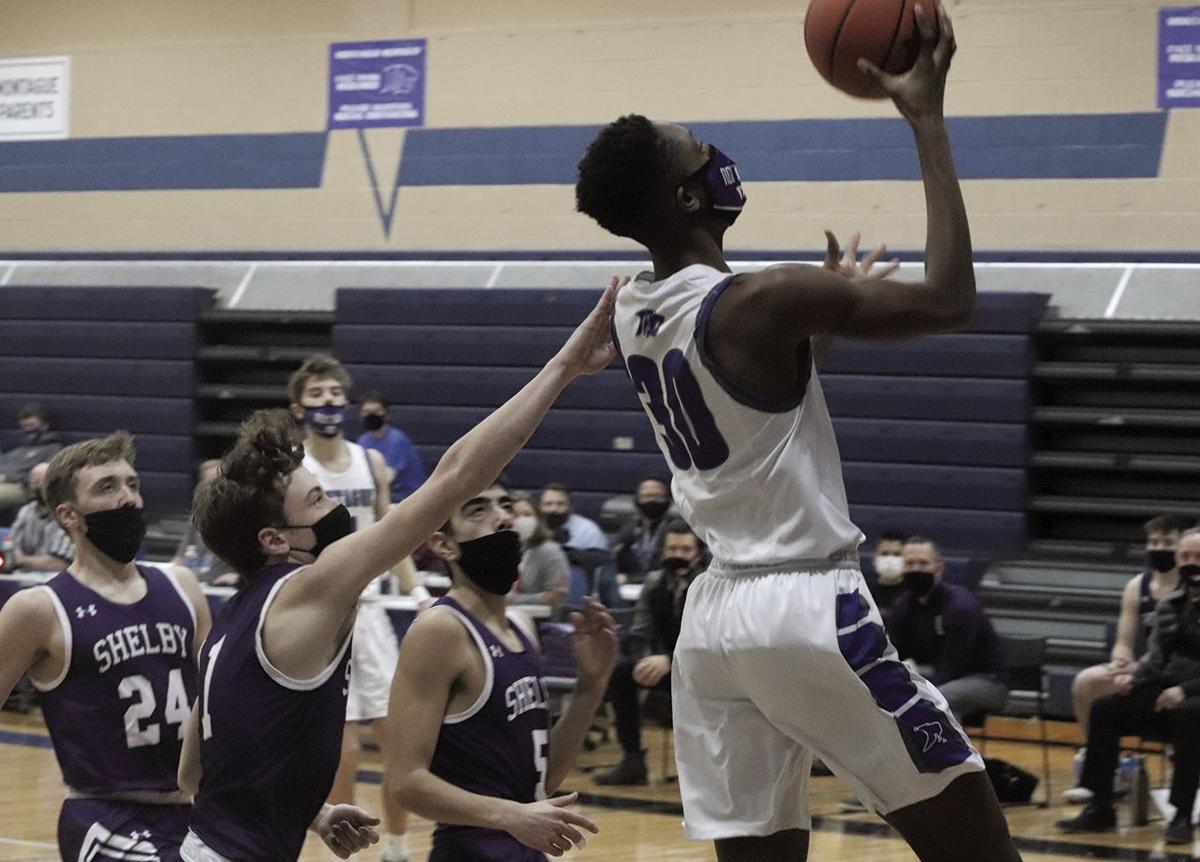 Montague's Isaiah Atchison (30) goes to the basket for a driving layup while being fouled by Shelby's Carson Claeys during Friday's WMC game at Montague. Atchison had nine points in Montague's 47-33 win.

Montague's Aidan Buchberger (10) rises up for a jump shot over Shelby defender Mason Garcia during Friday's WMC game at Montague. The Wildcats won, 47-33.

Montague's Isaiah Atchison (30) goes to the basket for a driving layup while being fouled by Shelby's Carson Claeys during Friday's WMC game at Montague. Atchison had nine points in Montague's 47-33 win.

MONTAGUE — Montague fought through some early offensive difficulties Friday night and earned a 47-33 win over a previously undefeated Shelby squad.

The Wildcats (3-1, 3-1 West Michigan Conference) launched a lot of three-pointers early in the game without much success - they were 2-of-16 for the game - but showed growth as a team by adjusting midstream and focusing on getting to the basket more often, and it paid off in the later stages of the game.

"Maybe this is the state of high school basketball, but we just fell in love with the three, and we weren't hitting them," Montague coach David Osborne said. "What's nice about a young team and a growing team is, normally I have to say, 'Back off on the threes'...I called timeout and some of the kids were saying, 'We've got to stop shooting threes and get to the basket.' Again, they're learning. That's the most fun part of coaching basketball, and coaching in general, is to watch the kids learn and understand themselves."

Montague was extremely strong on defense throughout the game, locking down the lane and daring the Tigers to win the game with jump shots. Shelby wasn't able to do it, and Montague led wire to wire.

A big part of the reason the Wildcats were able to close the lane was their three big athletes on the inside, none of whom were on the team last year: Freshman Isaiah Atchison, senior Drew Collins and junior Hayden McDonald. Collins and McDonald, both football players, focused elsewhere last season, and of course Atchison is a freshman. All three add a much-needed dimension to the team.

"It's definitely nice to have those guys in there, especially on the inside where we need some rebounding and some toughness," Osborne said. "(Isaiah) is really starting to learn how to rebound, and that's one thing we really need out of him, because we're not a huge team."

The trio also were the team's top scorers Friday in addition to gobbling up boards. Collins had 14 points to go with eight rebounds; Atchison had nine points and seven rebounds; and McDonald had eight points with five boards.

Osborne was also pleased with how his team handled playing with a lead down the stretch. He believes the 'Cats have gotten progressively better each of the three times they've been in that situation this season, which is valuable experience to have when guard Tate Stine does return from injury.

"I think we're getting better at understanding what to do," Osborne said. "When it's all said and done, we're going to be better because of it. As much as we miss Tate out there, it's helping our other guys learn their roles. Shelby is so scrappy, and to be able to handle their pressure at the end and hit our free throws, some of them, I was pleased with that."