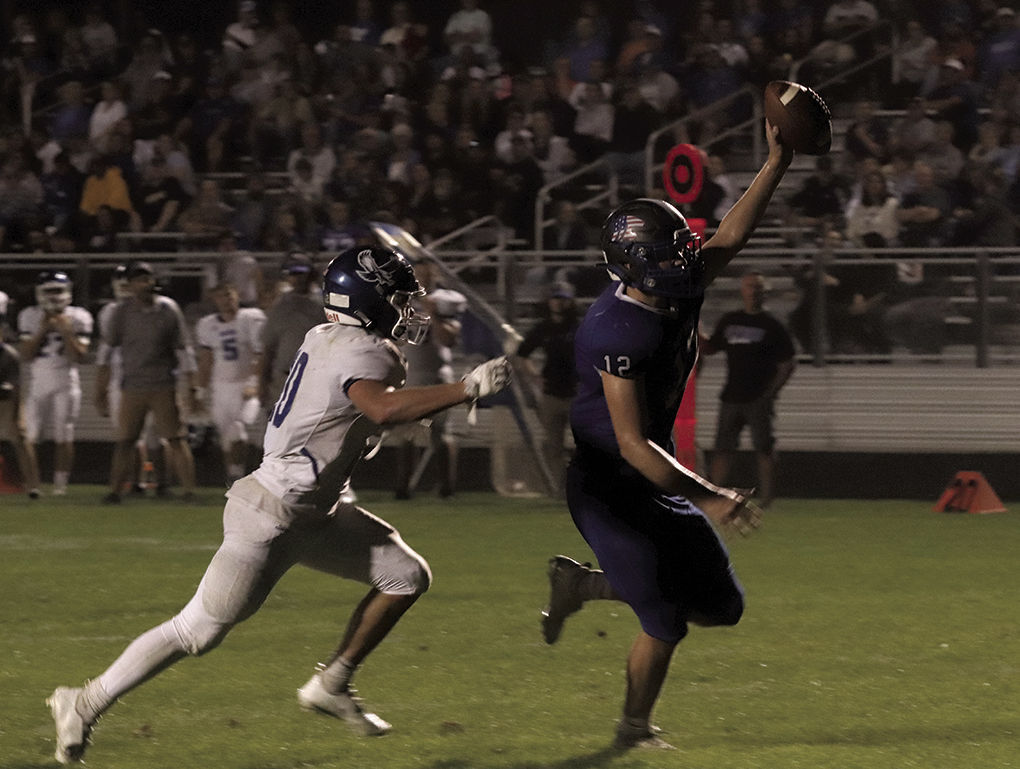 Montague’s Colton Blankstrom displays the ball as he goes into the end zone for a touchdown during Friday’s WMC game against Oakridge. The Wildcats won the game, 33-7. 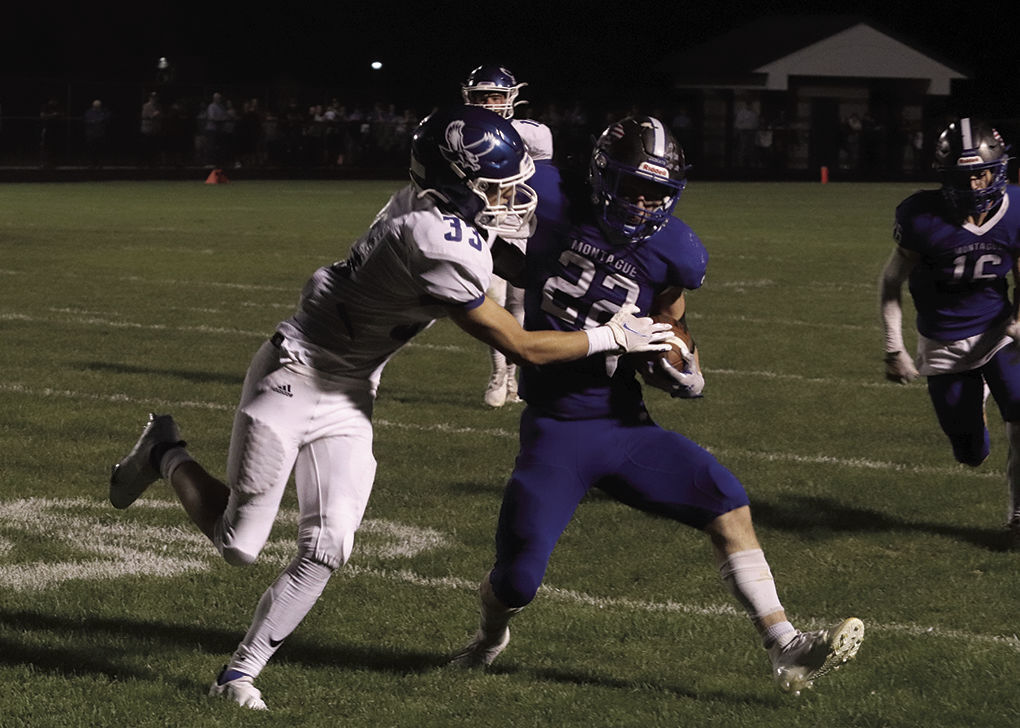 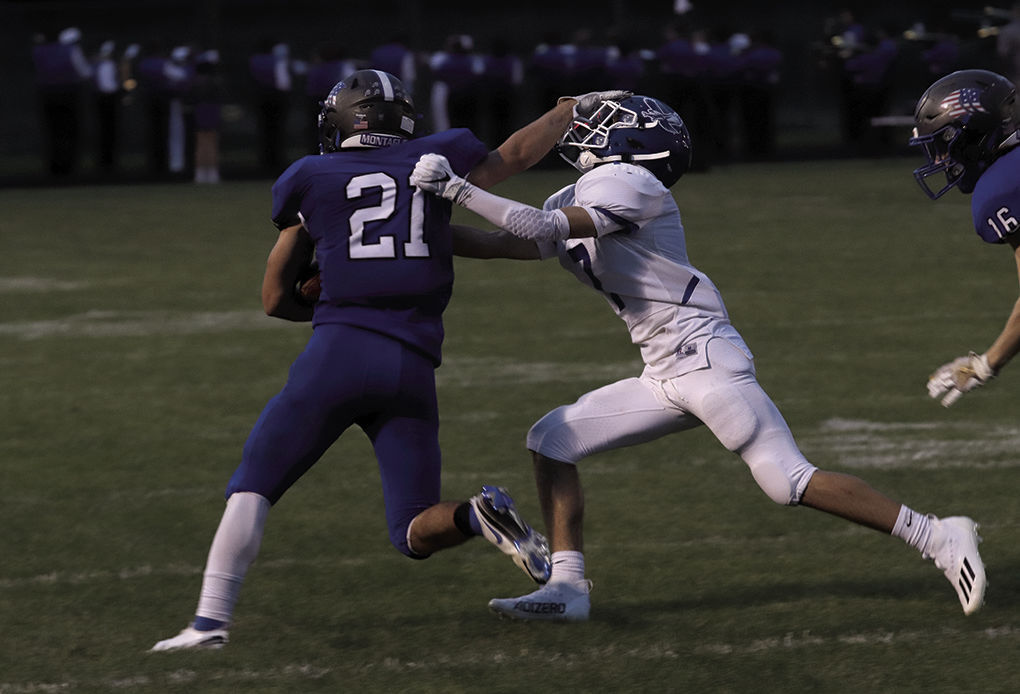 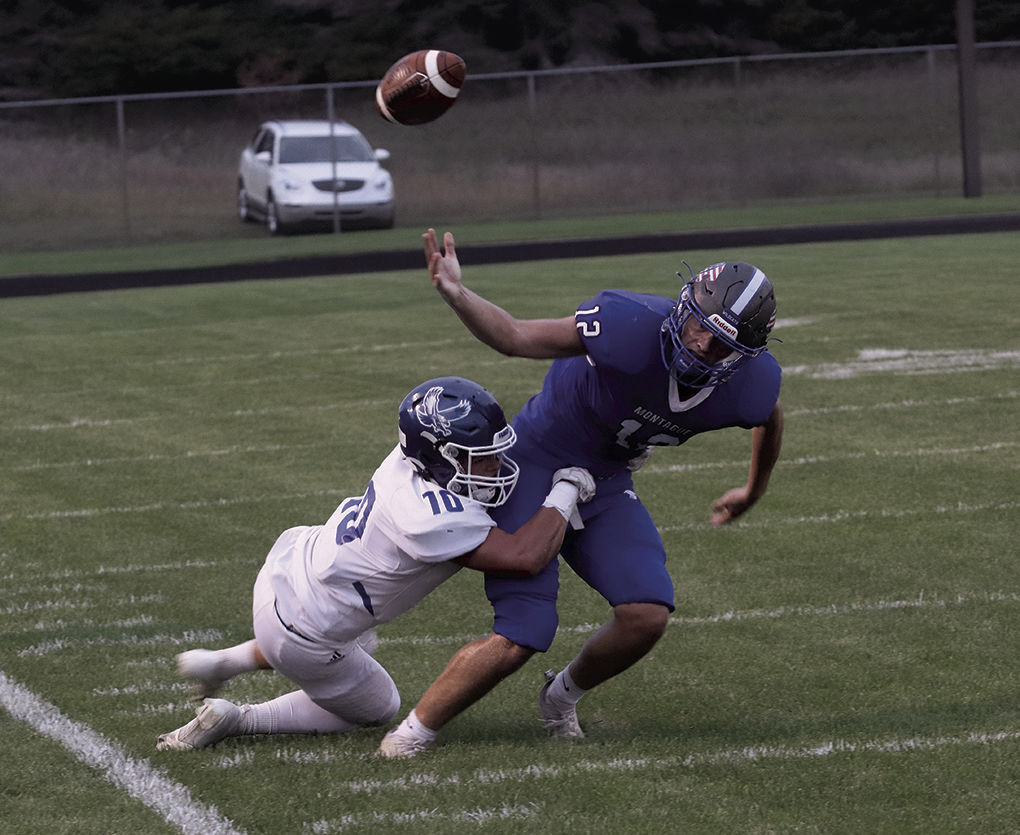 Montague's Colton Blankstrom loses the football after Oakridge's Brenden Raymond knocked it away during Friday's WMC game at Montague. The ball went out of bounds, and Montague won 33-7. 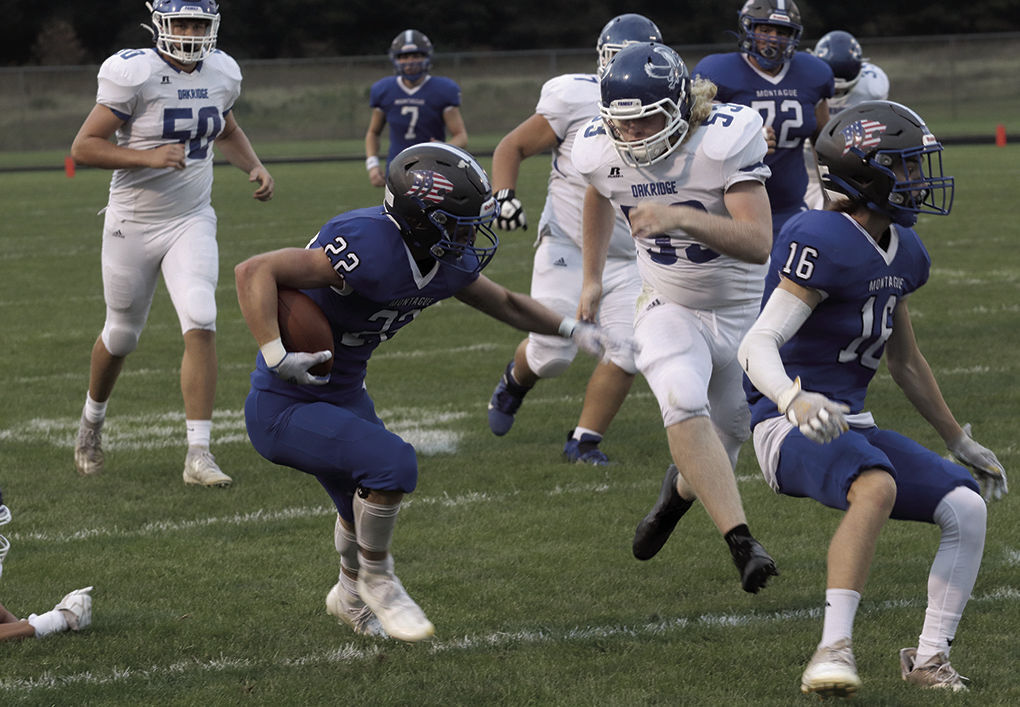 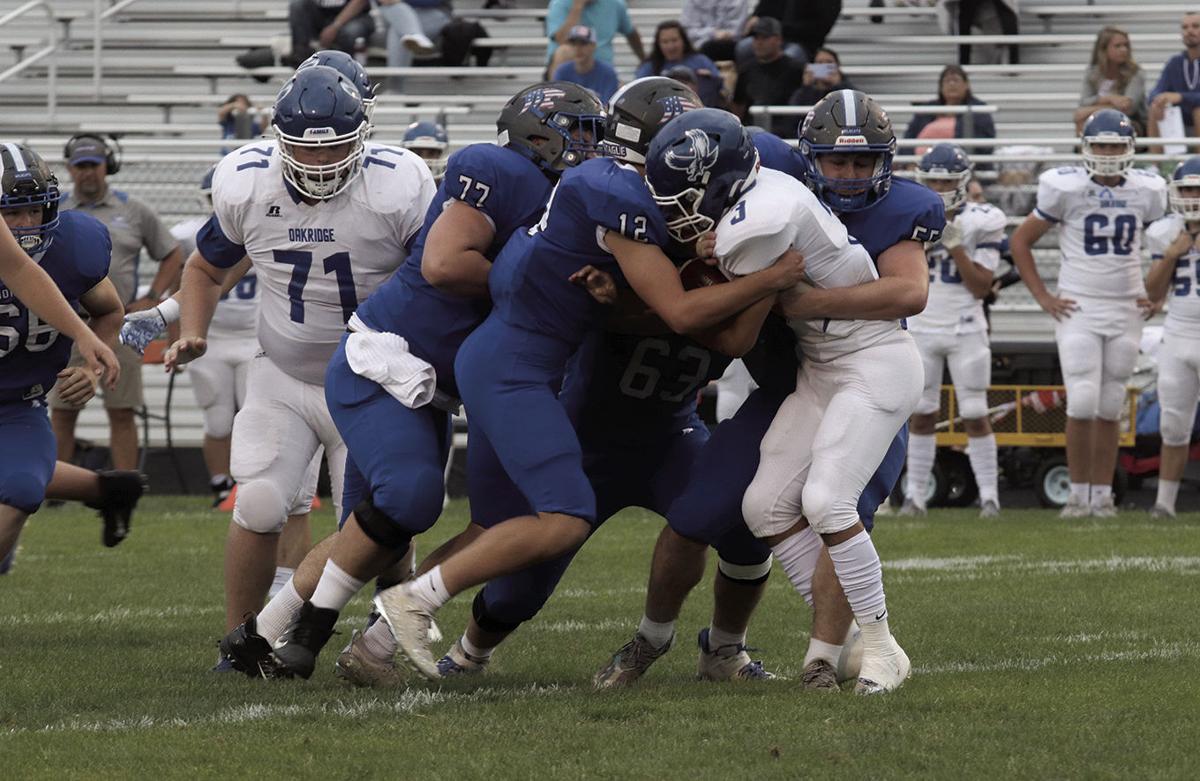 Montague’s defense buries Oakridge’s Matthew Danicek for no gain during Friday’s WMC game at Montague. The defense dominated in a 33-7 win.

Montague’s Colton Blankstrom displays the ball as he goes into the end zone for a touchdown during Friday’s WMC game against Oakridge. The Wildcats won the game, 33-7.

Montague's Colton Blankstrom loses the football after Oakridge's Brenden Raymond knocked it away during Friday's WMC game at Montague. The ball went out of bounds, and Montague won 33-7.

Montague’s defense buries Oakridge’s Matthew Danicek for no gain during Friday’s WMC game at Montague. The defense dominated in a 33-7 win.

MONTAGUE — Three weeks ago, after Montague's week one loss to Edwardsburg, it was senior Tugg Nichols who gathered the Wildcats together and implored them to come together as a team and come back stronger from the defeat.

Nichols' message clearly took hold, as the Wildcats have looked like a team on a mission ever since, no more so than Friday night. Montague dominated from the opening kickoff against West Michigan Conference foe Oakridge and collected a 33-7 win.

The Wildcats (3-1, 3-0 WMC) scored touchdowns on four of their five first-half possessions, and it might have been all five but for a red-zone fumble on their second. They led 26-7 at halftime and never let up defensively.

"We knew they were going to be tough," Montague coach Justin Dennett said. "They're big up front. They're well-coached. But our defensive line played really well tonight and kept them off our linebackers, and our linebackers, Colton Blankstrom and John Greiner, were flying around and making plays. It was just a total, 11-guy, defensive effort. Great team defense."

Even when Oakridge did get its one touchdown, the Eagles had to work for it, working down the field for a seven-plus minute drive and converting two fourth downs inside the Montague 10-yard line.

That score made it 14-7, and the 'Cats swiftly answered with a 16-yard score by Dylan Everett, his first of two touchdown runs. Andrew Kooi hit Tugg Nichols with a swing pass that Nichols turned into a 33-yard gain to set up the score.

Kooi had his best game as Montague quarterback, working the short-yardage passing game to perfection. Nichols was his favorite target, but Colton Blankstrom and Everett each saw some work as well, and Blankstrom caught the Wildcats' final touchdown early in the fourth quarter.

"We told Kooi this was kind of his game," Dennett said. "In big games like this, the quarterback has to take over. They were going to key on Dylan, and Dylan still had a great night. But it was really Kooi making the right decisions and getting the ball out to our receivers in space."

The 'Cats didn't just play well; they played with an edge. On one pass play, Nichols ran an Eagle over as he went out of bounds, a display of toughness that fired Dennett and the coaching staff up as much as it did Nichols.

Whitehall soccer bows out to #4-ranked Fruitport in district semis

It was the sign of a team eager to send a message that this is still its conference after winning three of the last four league titles.

Montague also played the game in honor of Bob Darke. The former Wildcat passed away unexpectedly last weekend at 46, and his passing hit home for the team. Darke's brother Steve coaches in the middle-school program, and he was engaged to be married to senior lineman Aaron Rolf's mom Jennifer.

The Wildcats put Darke's old #53 jersey on display in front of the bleachers throughout the game, and Rolf proudly displayed it in a postgame huddle.

Rolf also lost two grandparents in the past two months, so it's been a rough stretch for him personally. The Wildcats have rallied around him, and it clearly meant a lot to Rolf as he was mostly lost for words after the game.

"We've all just been there for him," Nichols said. "Being there and being close with Aaron has really just brought us all closer together. It's helping us improve as a team. We all love each other so much."

"They wanted to play for his honor," Dennett said of Darke. "That was part of the emotion tonight. They really wanted to get a win for him. They went and did it. I'm proud of our guys."