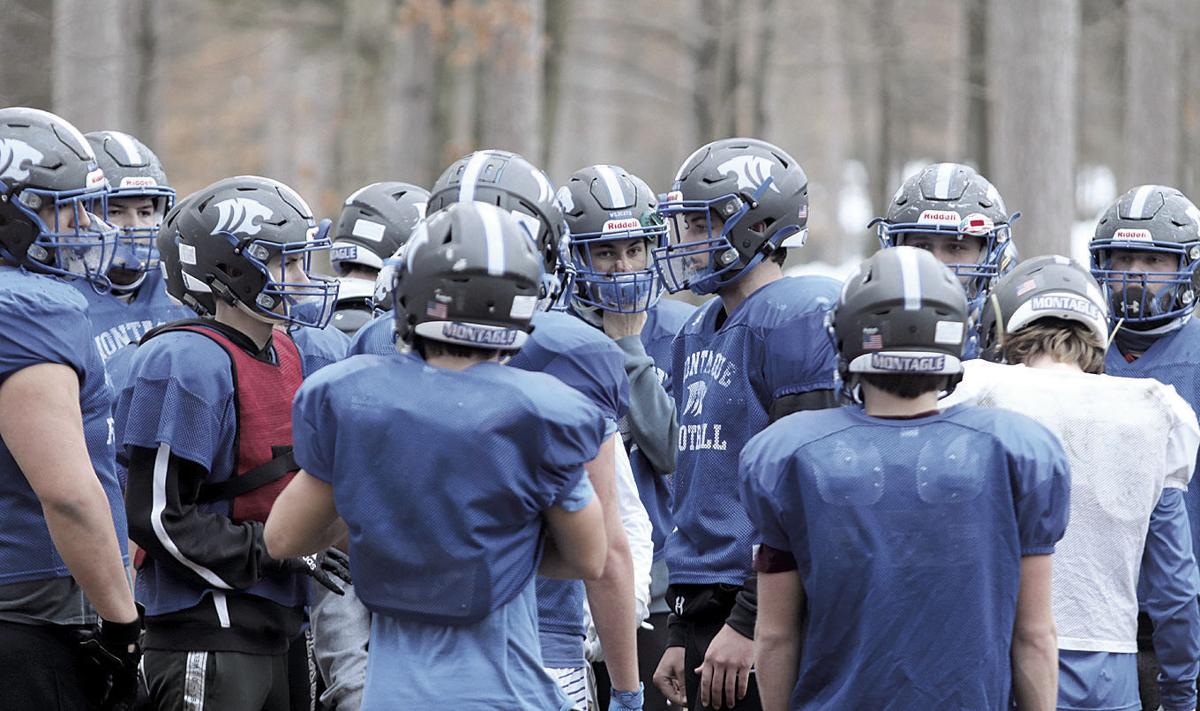 Montague huddles as a team during a short break in Wednesday’s practice. The Wildcats are set to take on Montrose Saturday afternoon in the regional finals. 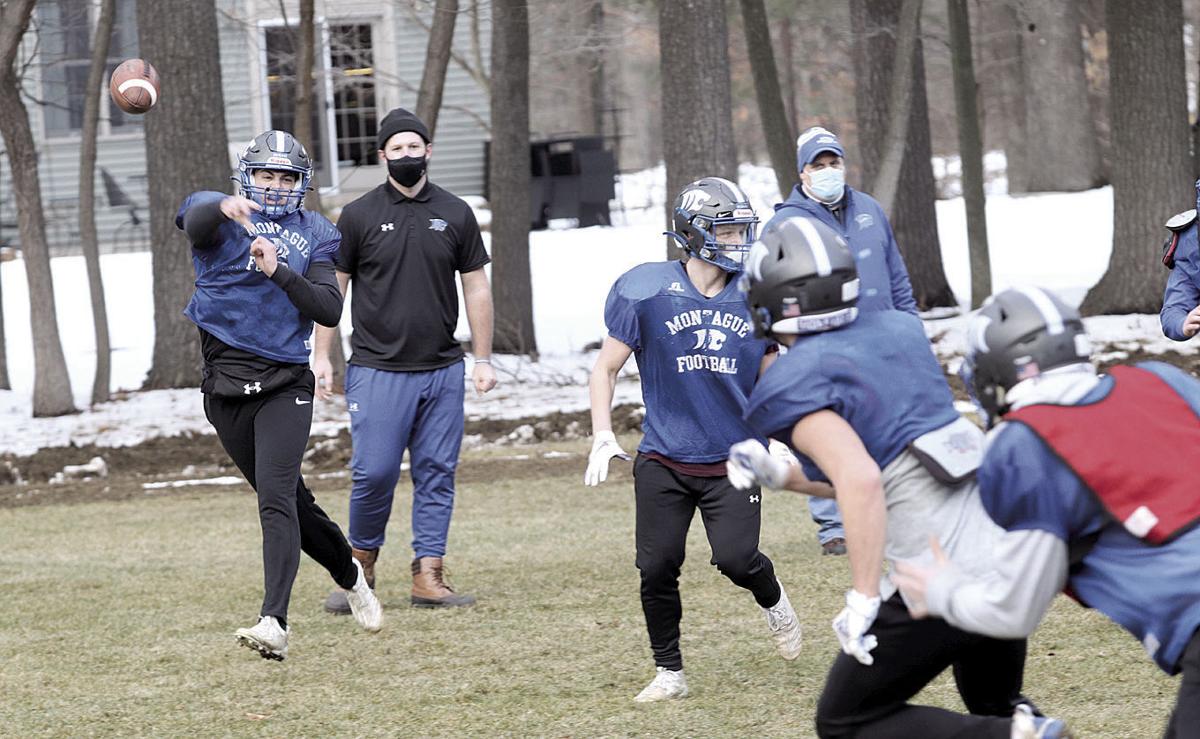 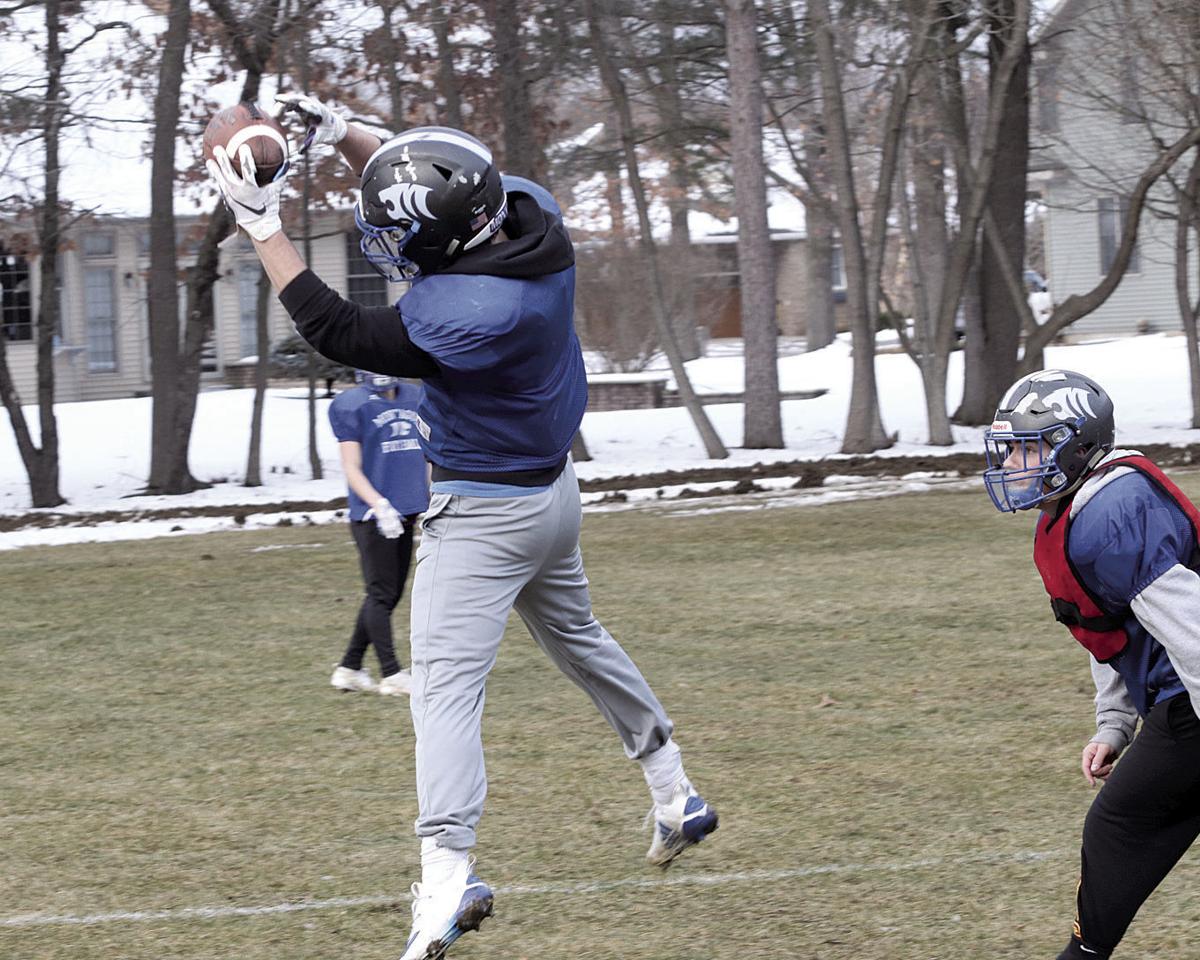 A Montague receiver pulls in a pass on the sidelines during Wednesday’s practice. 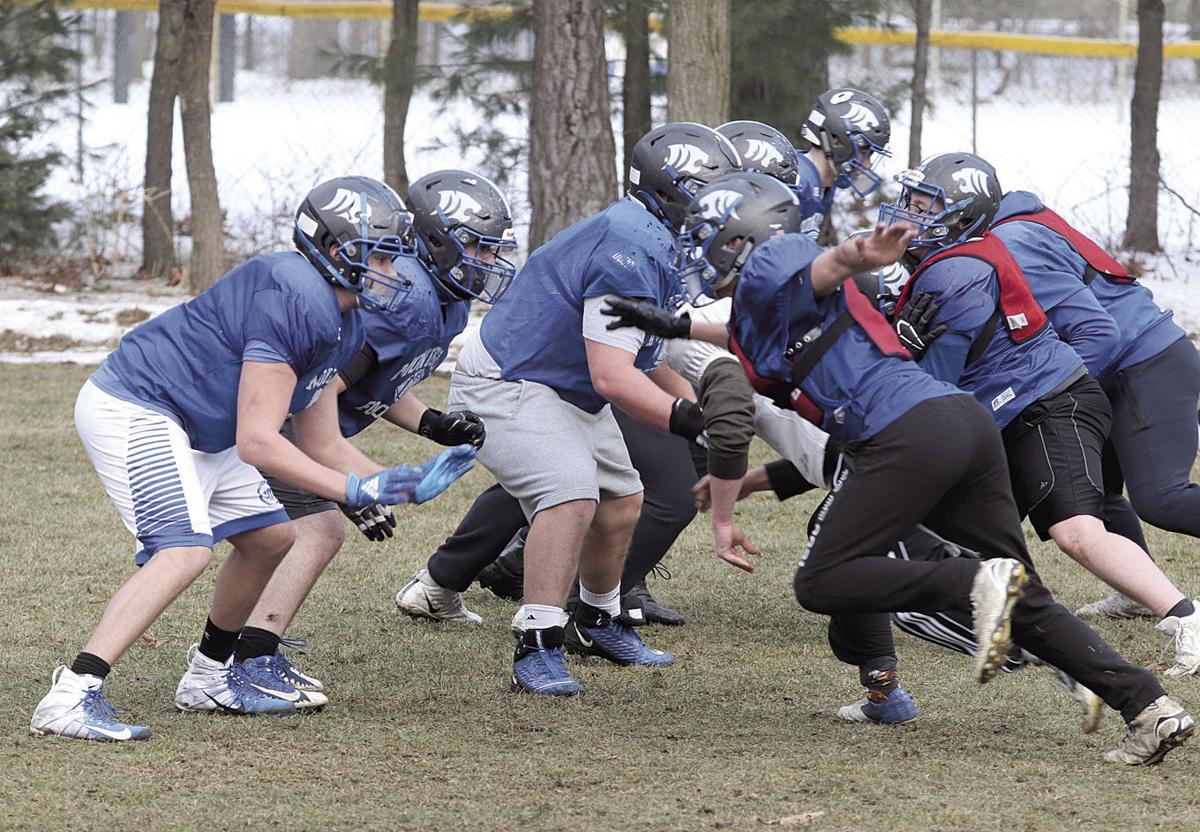 The Montague offensive and defensive lines get set for a play during Wednesday’s practice. The Wildcats play Montrose Saturday. 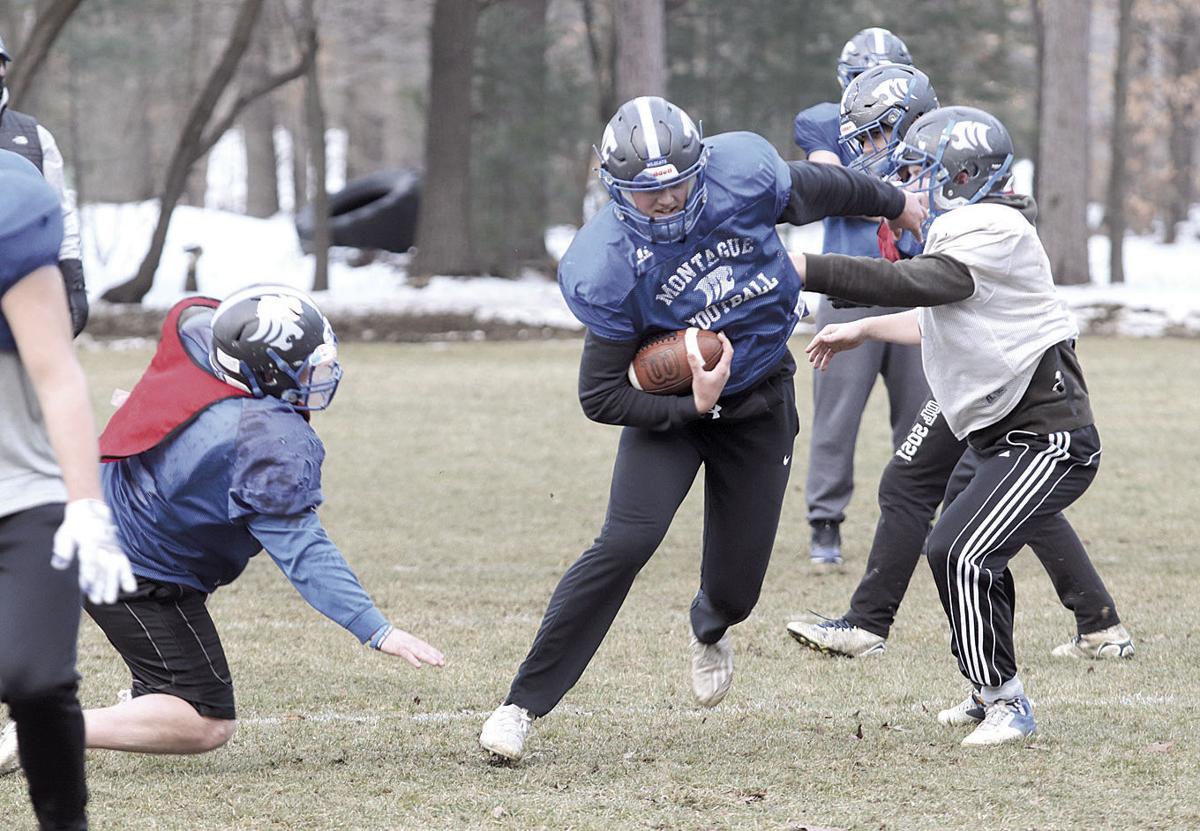 Montague quarterback Drew Collins (with ball) breaks through the defense during a play at a Jan. 6 practice. Collins’ leadership, as much as his play, will be key to his team in Friday’s state finals game.

Montague huddles as a team during a short break in Wednesday’s practice. The Wildcats are set to take on Montrose Saturday afternoon in the regional finals.

A Montague receiver pulls in a pass on the sidelines during Wednesday’s practice.

The Montague offensive and defensive lines get set for a play during Wednesday’s practice. The Wildcats play Montrose Saturday.

Montague quarterback Drew Collins (with ball) breaks through the defense during a play at a Jan. 6 practice. Collins’ leadership, as much as his play, will be key to his team in Friday’s state finals game.

Nearly two months after its last game, Montague will finally return to the field this weekend.

The Wildcats, who like the rest of the state were sidelined by the statewide pause in action after their district championship win over Muskegon Catholic Nov. 13, will return to action Saturday when they face the Montrose Rams (8-1) in the regional finals at home. Montague (9-0) earned the right to host the game due to its superior playoff point average, and will have that right again in the semifinals next Saturday against either Negaunee or Grayling should they triumph over Montrose.

The reason the tournament is being permitted to continue is the institution of a pilot program of rapid COVID-19 tests being supplied by the Michigan Department of Health and Human Services (MDHHS). So far, Montague coach Pat Collins said the testing program is going well, although he implied there have been positive tests the team has had to adjust to.

“It’s been very organized, and the guys have been mature about it,” Collins said. “We take it very seriously. So far, so good. We’re just trying to keep people safe, first and foremost, with COVID and all of that. So for the guys that are safe enough to play, we’re doing the best we can with what we’ve got left.”

On the field, Collins said he and the coaches have been pleased with how well the team has maintained its grasp of the fundamentals. The players haven’t been completely sharp, but Collins said “we’re very close”.

“Just like when you take a summer off school, or a big break, you tend to lose some things,” Collins said. “We were a little concerned with that, but the big picture, they came out and were really solid right out of the gate. It’s more about the details, and I felt like we lost a few details, obviously, but I think we’ve brushed up on those really well. They just want to be as good as they were when they stopped, and even better. That type of mentality helps.”

As game day approaches, the spotlight will be on the Montague defense. The Rams have scored 35 points or more in all but one game so far this season behind their record-setting quarterback Bobby Skinner, and pose a big challenge to the Wildcats.

Skinner was one of two all-state first team selections at quarterback when the honors were announced last month. The other, of course, was his counterpart on Saturday, Montague’s Drew Collins, who was named state player of the year.

Skinner has compiled remarkable numbers in his four seasons under center, accounting for 119 total touchdowns, including 80 through the air. He’s rung up 2,420 total offensive yards in 2020, according to the Flint Journal.

Montague is no stranger to facing off with high-powered offenses in postseason games, but in recent years those teams have been ground-and-pound outfits. These Rams put the ball in the air more often, providing a different challenge.

“They’re going to let it rip, and the weather will be good enough where it won’t be a factor,” Collins said. “They’ll be able to open it up, and do what they (would) do in October. With the surface in great shape and the weather being great, we’ll see a typical fall football game on Saturday. We just have to do a good job of cutting down the big plays and making them work it down the field.”

The main Ram trying to prevent Montague’s stout defensive front from getting to Skinner will be another all-state first team pick, Levi Harber. The Flint Journal credited Harber with not allowing a sack to date this season and posting more career pancake blocks than anyone in Rams’ history. His challenge Saturday will be slowing down the rush from Montague stars like Walker Martin, Hayden McDonald and Chris Kessler.

Montague’s defense should be ready for the challenge; after all, Whitehall is the only team this season to get more than 13 points against the Wildcats. Harber, at 6-5 and 250 pounds, provides a more sizable obstacle than normal, which should make for a fun battle to watch in the trenches.

“They match up pretty well with us as far as size,” Collins said. “It’ll be fun to watch that progress throughout the game. The trenches are always important. Those are where the battles are won.

“I think our guys are excited about playing a bigger front. They’ve had to go against a little size, athleticism, quickness and speed throughout the year, but it’s kind of fun to see some big boys matching up with some big boys.”