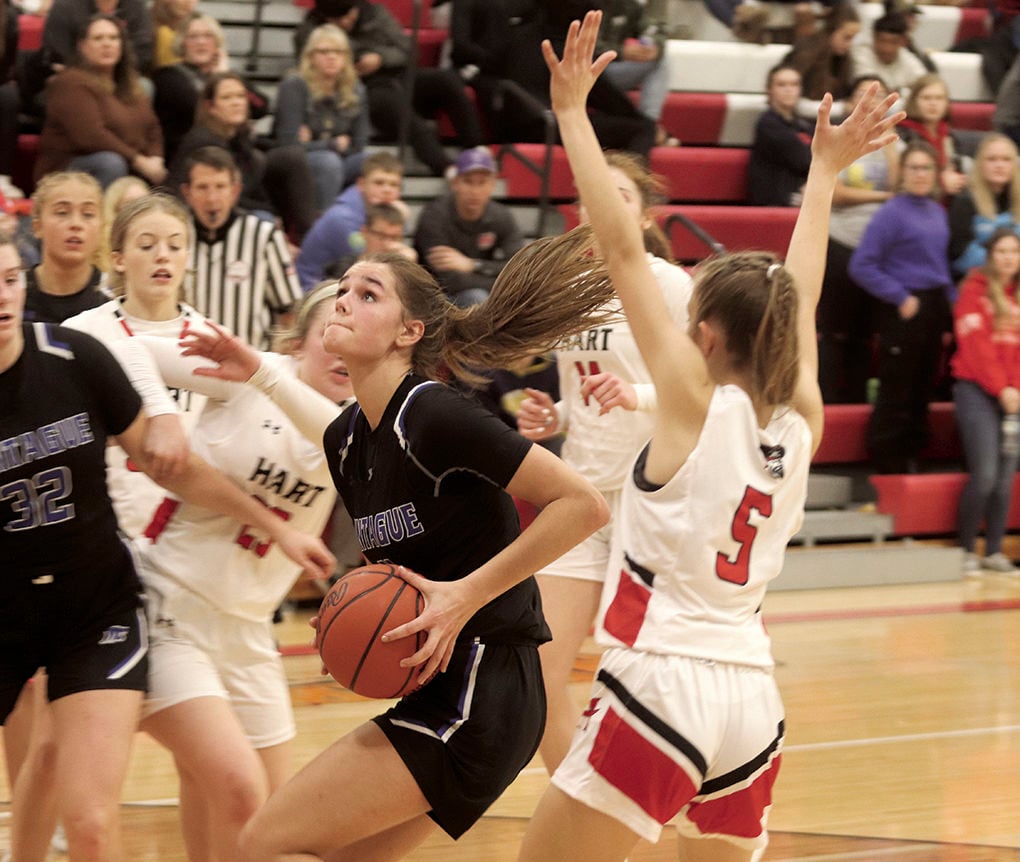 Montague’s Kendall Osborne (with ball) drives to the basket past Hart’s Savanna Owens during Tuesday’s WMC game at Hart. The Wildcats lost, 37-36. 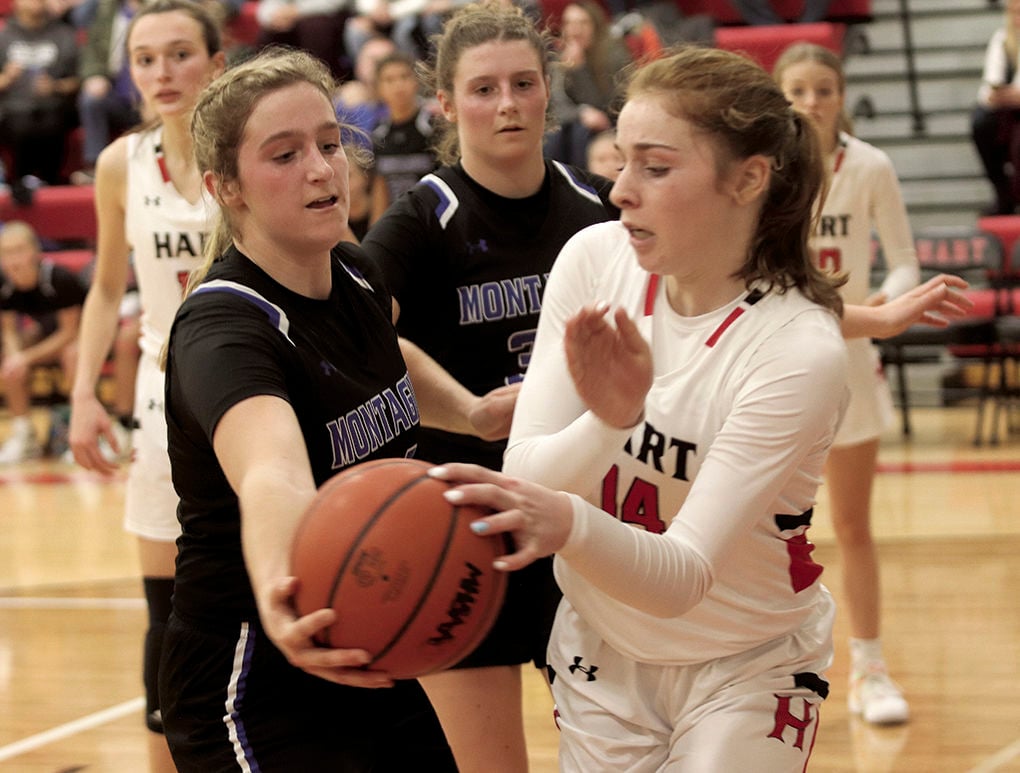 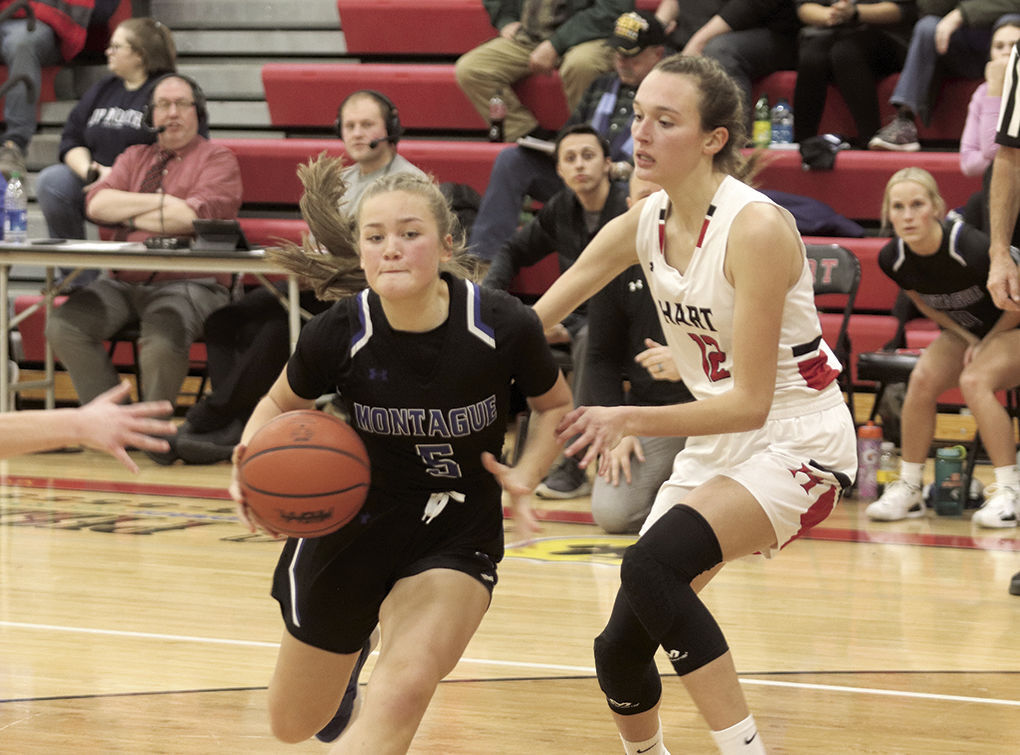 Montague’s Emma Dyer drives past Hart’s Morgan Marvin toward the basket during Tuesday’s WMC game at Hart. The Wildcats lost, 37-36. 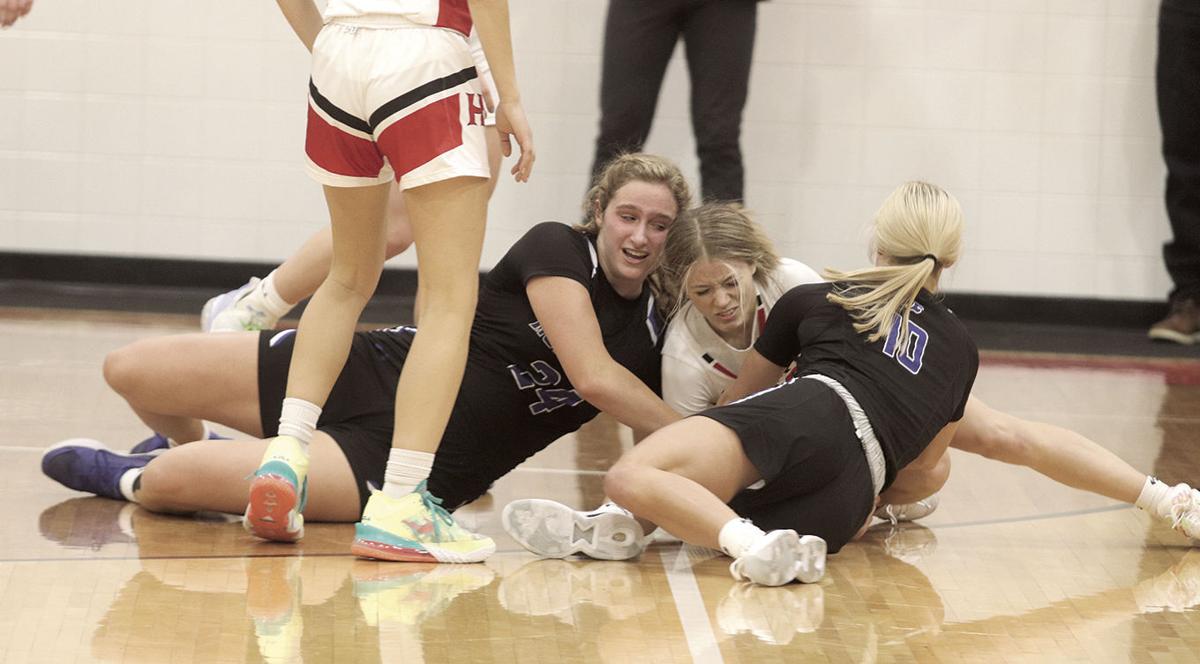 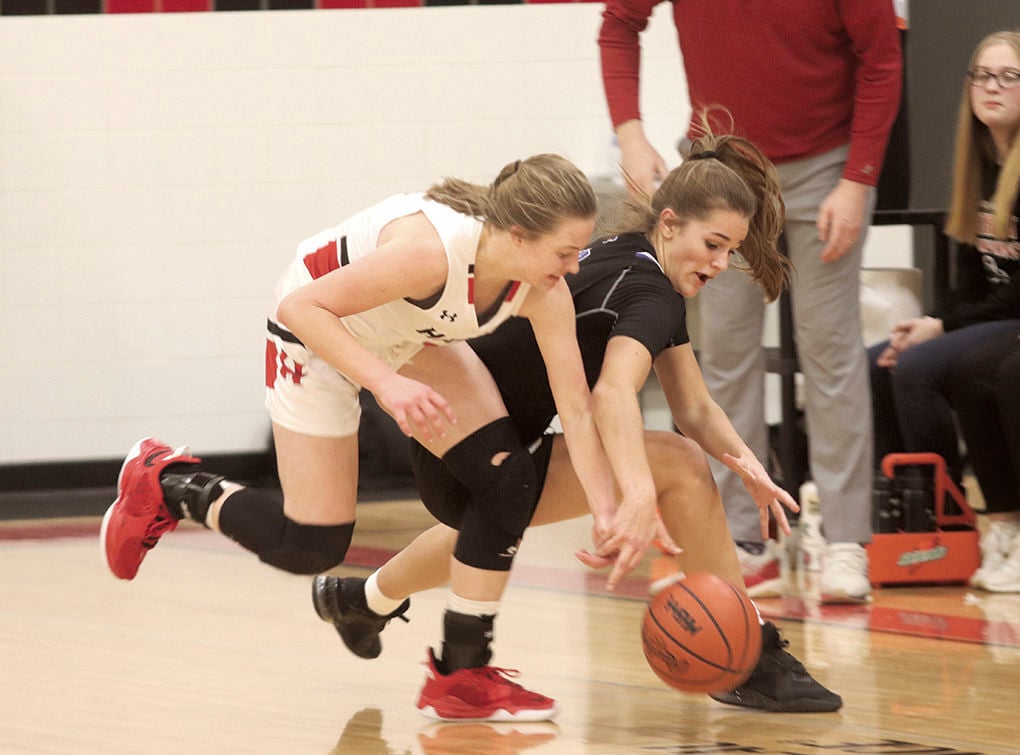 Montague’s Kendall Osborne (with ball) drives to the basket past Hart’s Savanna Owens during Tuesday’s WMC game at Hart. The Wildcats lost, 37-36.

Montague’s Emma Dyer drives past Hart’s Morgan Marvin toward the basket during Tuesday’s WMC game at Hart. The Wildcats lost, 37-36.

HART — Montague wasn't going to let Hart take the top spot in the West Michigan Conference away without a fight.

While the Wildcats did fall short, 37-36, they showed the championship pedigree expected of the two-time league champs. While they never led in the game, they consistently came back and kept the Pirates from putting the game away.

"It's like I told the girls in the locker room: Pressure is a privilege," Montague coach Nick Thaler said. "We don't get a whole lot of these times to have this type of pressure, in an environment that's tough to play in. That's only going to make us better throughout the season. That's what we're trying to be, is better each day. I'm proud of our girls for fighting."

The game was a low-scoring slugfest early on, as seemingly all these matchups are, but Hart led by as many as 12 points after an 11-0 run that lasted into the second quarter. The Wildcats (5-2, 4-1 WMC) immediately responded with a 12-2 outburst that cut that lead down to two points, 18-16, at the break. Emma Dyer knocked down a key three-pointer during that run.

Hart came back with another scoring run, of 11-2, to push ahead by double digits again, but the Wildcats responded once more. Claire Meacham buried a trey in the final minute of the third quarter, and Montague was back within striking distance, down 30-24.

The 'Cats continued to claw back, and when Lauren Smith canned a trey in the fourth quarter and Maddie Meacham scored a bucket following a missed free throw by Hart, it was a one-point game.

Montague had two chances to score winning baskets when Hart missed on one-and-one free throw opportunities, but each time, Pirate freshman Addi Hovey took the ball away. Hart missed a third one-and-one with 1.7 seconds to go, but the 'Cats couldn't get a shot up before the buzzer.

In a mark of the team's depth, no one scored more than eight points. Sophomore Kendall Osborne received much preseason attention as the team's lone returning starter, but other players made big plays, led by Claire Meacham's eight points and Maddie Meacham and Dyer with seven each. Osborne grabbed 10 rebounds and Claire had nine.

"A lot of teams are kind of underestimating the other players on our team," Thaler said. "We're more than just one player. We have other players that can score the basketball...We were never out of it. We just have to keep fighting. That's what I'm proud of my girls for."