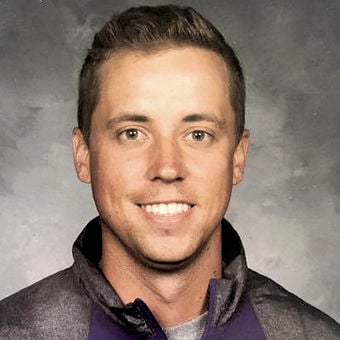 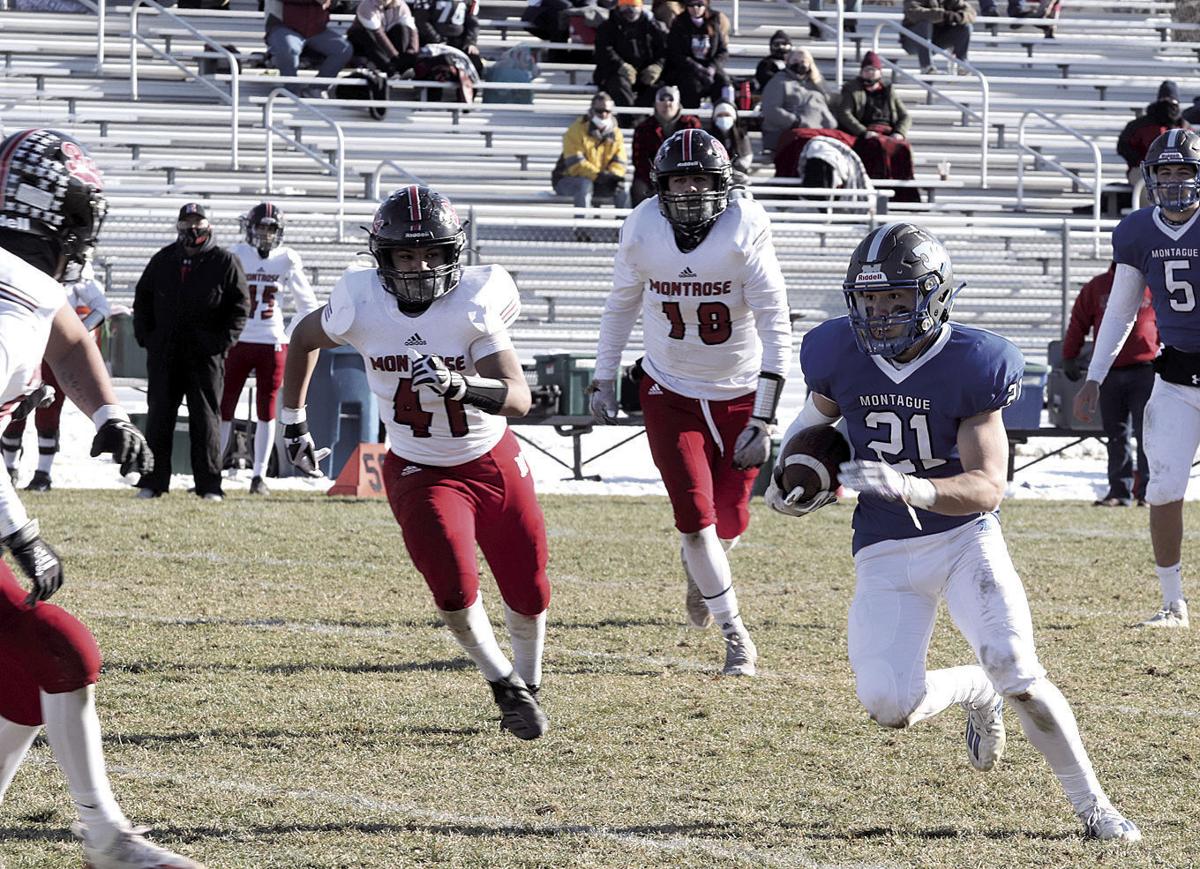 It’s been a unique off-season for Montague football, but this week the Wildcats got their man, announcing the hire of Justin Dennett as the new football coach and physical education teacher. He’ll replace Pat Collins in the former position and Cody Kater in the latter job; Collins resigned in February and accepted the West Ottawa job last week, and Kater turned down Collins’ old job and accepted a PE teacher and offensive coordinator position at Muskegon.

Dennett, 31, was previously co-offensive coordinator and quarterbacks coach at Greenville. He coached varsity boys basketball for one season at Athens in Battle Creek, in 2016-17, but this will be his first head football coaching position.

“It’s really exciting,” Dennett said. “It hasn’t really set in yet, but I’m ready to get started.”

Dennett is new to Montague, but he does have one Wildcat connection; he coached under current assistant Matt McDonald at his alma mater, Byron Center, where McDonald was athletic director. However, he was unaware he had that connection until he sat down for the first interview, on Zoom, and saw McDonald on his screen.

“I was shocked,” Dennett said with a laugh. “It was exciting because it was someone I was familiar with. I wasn’t expecting it. I didn’t have any other connection to Montague, so it was nice to see a familiar face.”

Dennett interviewed for the job the first time around, when the job was offered to Kater, and stood out enough to the hiring committee that he was invited back for another interview when the process began anew.

This one was an in-person interview which consisted, in part, of Dennett teaching a condensed PE class to football players and non-football players alike. After all, as Wildcat athletic director Jay Mulder said, the focus of this job was teacher first, coach second; he said one candidate was ruled out largely because he wasn’t certified to teach PE.

“We looked at the certifications, the peer research, and (thought), Justin’s a good teacher, and let’s bring him in again,” Mulder said. “He did really great in the interview. The more research we did, background checks, talking to a lot of people, he’s a high character guy...This process was a long process for us, but in the end we feel good that we got a great guy.”

Dennett became available this off-season at least in part because Greenville made its own head coaching change, hiring former Breckenridge defensive coordinator Mike Ricco. Dennett was up for that job as well, and he felt the time was right to become a head coach.

It’s, as he told Mulder, “a rare opportunity” to have that first job be taking over a defending state champion, but it’s also a unique challenge. He’s confident his experience as an assistant has prepared him for it, however; his time at Byron Center coincided with head coach Mark Cisco’s, and Cisco has led the Bulldogs to the playoffs in Divisions 2 or 3 eight times in his 12 seasons there. He counts former Greenville head coach Eddie Ostipow as another influence.

“I’ve been lucky to learn the game from great coaches...that gave me the confidence to go out on my own and take on this challenge,” Dennett said.

The new coach has very quickly gathered how ingrained football is at Montague and he’s looking forward to becoming part of that community.

“It’s a community that obviously supports their football program, and there’s high expectations because of the past success,” Dennett said. “As a competitive person, I’m excited to take on this challenge and hopefully meet those expectations, have the community support and keep the program going in the right direction.

“It was cool to see how in-depth they went through the process and how much it meant to the players, coaches and the community members. You could see how important it was to find the right person for the job.”

While Dennett will bring his own ideas to the Wildcats’ program, he said, “it would be pretty crazy to make drastic changes to a program that’s been this successful”. With current assistant coaches (including McDonald) around to help the transition, he said he’ll marry the tried and true Wildcats’ methods with his own.

“A lot of things I’ve done in the past are the same kinds of things they’ve done,” Dennett said. “I’ll try to blend as much as I can and build on it.

“I’m just excited to get started. It’s a late start, being almost May, but we’re trying to get a summer schedule going and I’m excited to work with the kids.”

Mulder is thrilled Dennett has arrived to bring his fresh perspective, half-joking that he hopes the new coach’s tenure can be as long and successful as Collins’ and Ken Diamond’s were before him.

“We’ve been very successful doing it our way, but maybe a breath of fresh air with some new ideas and new blood isn’t all that bad,” Mulder said. “I know a lot of athletes are excited, the ones that were able to meet him...He’s young, energetic and he has some good ideas to move the program forward.”