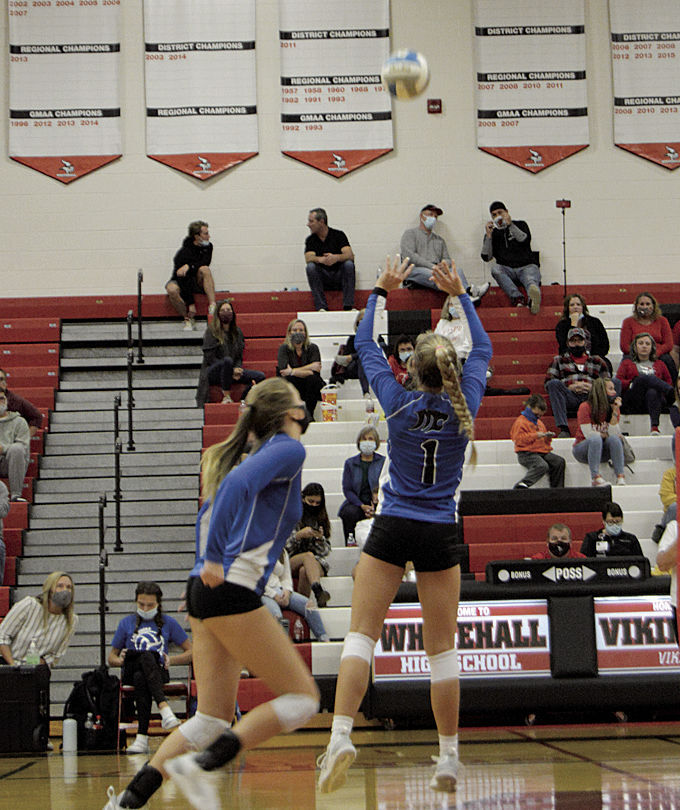 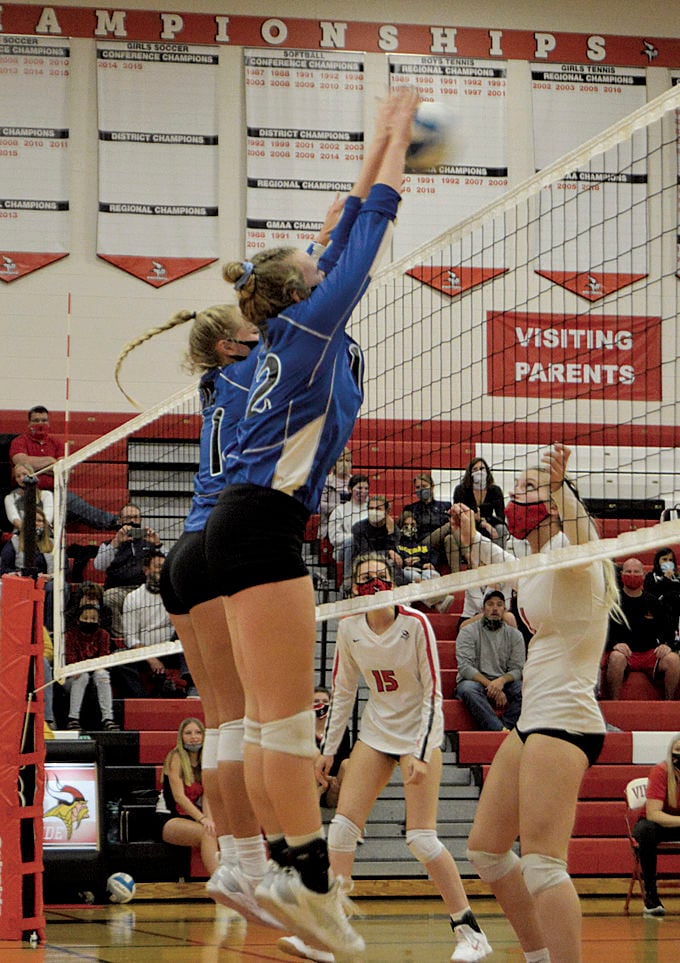 WHITEHALL — Montague locked up at least a share of the West Michigan Conference title Tuesday night by defeating rival Whitehall in a sweep, 25-17, 25-14, 25-17.

The Wildcats hit an impressive .303 in the match. Reilly Murphy posted 17 kills, and Ally Hall had 12. Raegan Murphy had 34 assists and a team-best 11 digs, with Reilly Murphy and Morgan Netcott each adding nine digs. Reilly Murphy also had two aces, and Hall posted three blocks.

Montague coach Shawn Bectel said that the focus for his team continued to be on not letting up in a league match, with no conference tournament to make up for a loss. That mindset was especially important in a rivalry match.

"Obviously Whitehall's always big for us," Bectel said. "It is a rivalry, but I know a lot of our girls play with a lot of those kids in club. We never overlook Whitehall. They were on top a long time, and they still know how to get the job done."

The Vikings countered with eight kills by Charley Klint and two aces, 18 assists and nine digs from Maggie Evans. Ryleigh Mott had 13 digs.

"We played hard, but had trouble offensively," Whitehall coach Ted Edsall said. "We didn’t pass and serve well enough to be competitive in the match."

While Montague's three all-state players, Hall and the Murphys, continue to justifiably receive the bulk of the attention, Bectel said that the Wildcats' other players have also been big contributors to the team's success this season.

"Our libero, Morgan, is probably the best libero in this area," Bectel said of Netcott. "(Leehah) Bentz, who's been hitting .300 all season, hit .800 tonight. We're getting contributing players all over.

"It does help having those three, there's no question. When they're clicking and we need to maintain, we definitely have a lot of pieces a lot of people struggle to have."

Both teams play first-round GMAA matches Wednesday, with Whitehall taking on Western Michigan Christian and the Wildcats facing Oakridge as part of a quad meet.