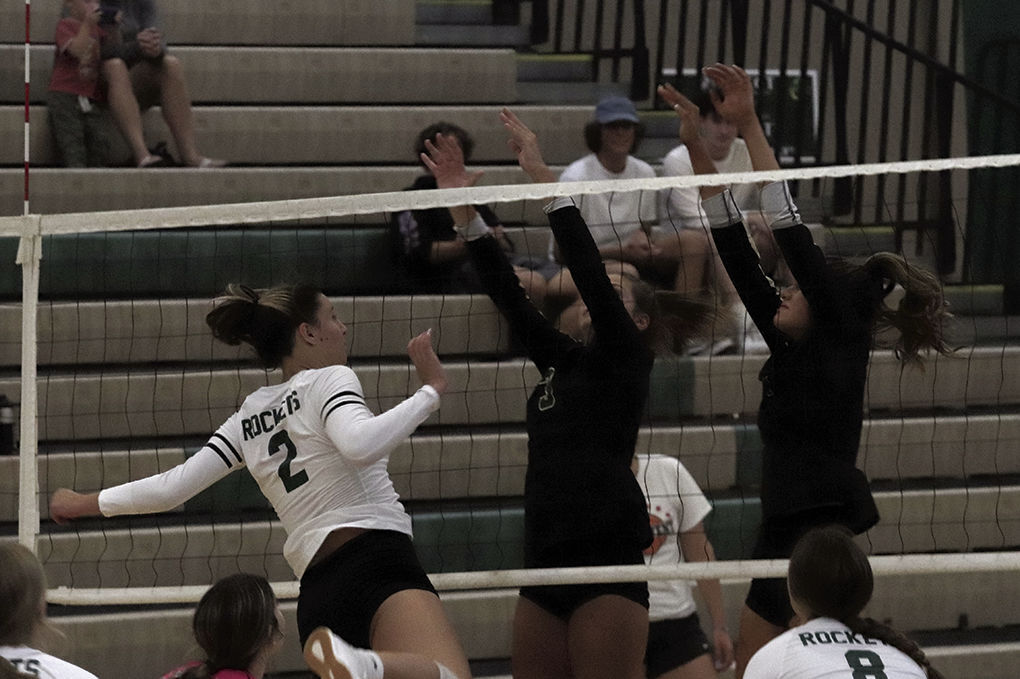 Reeths-Puffer’s Sophia Hekkema (2) follows through on an attack attempt during Thursday’s O-K Green match against Zeeland West. The Rockets lost, 3-0. 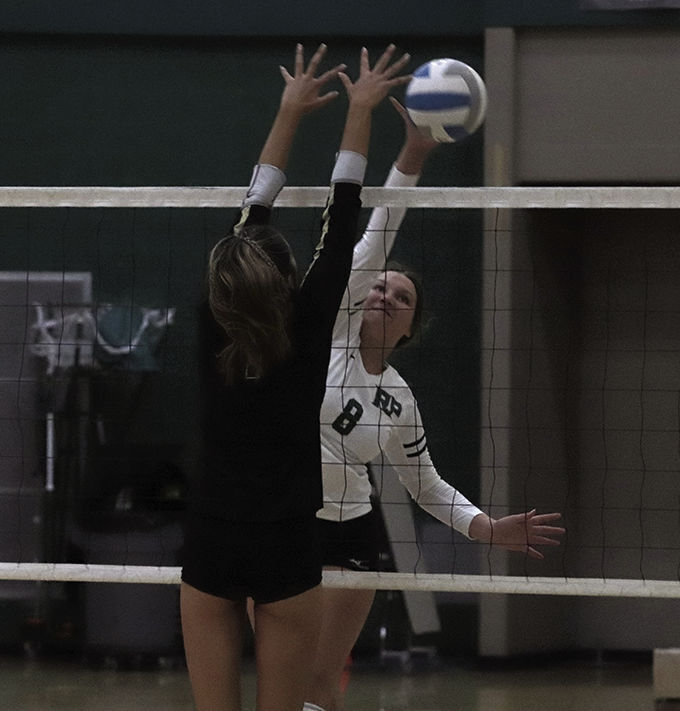 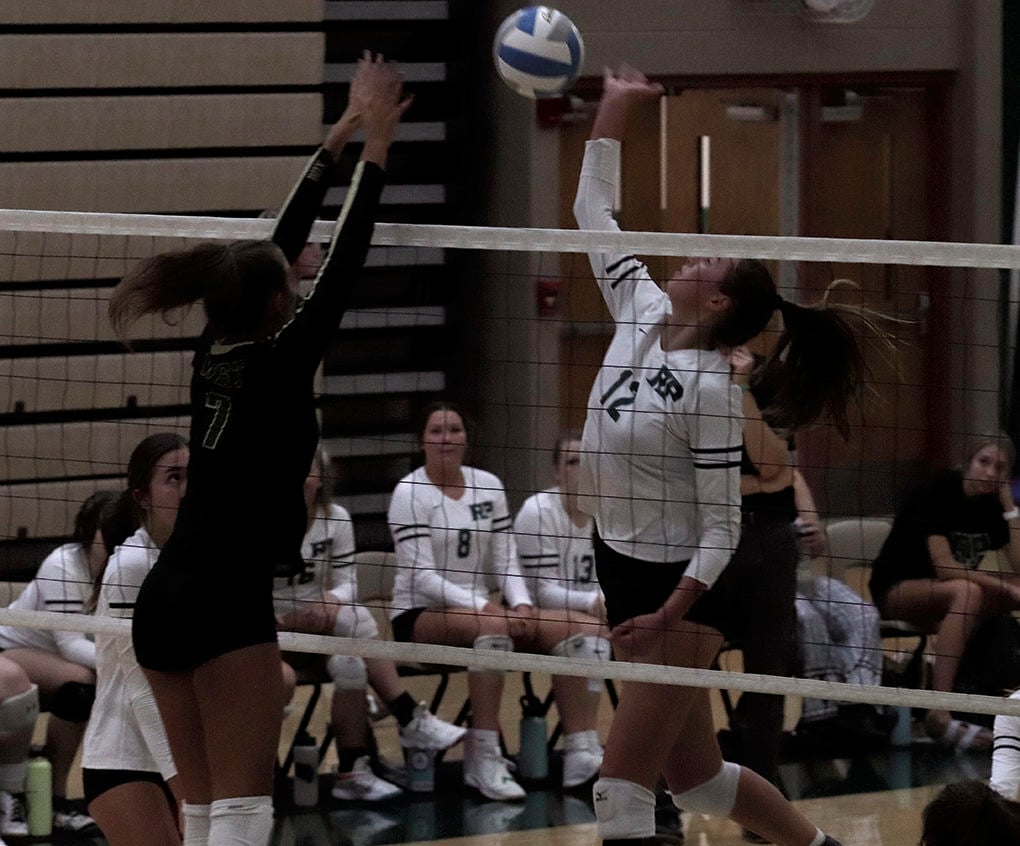 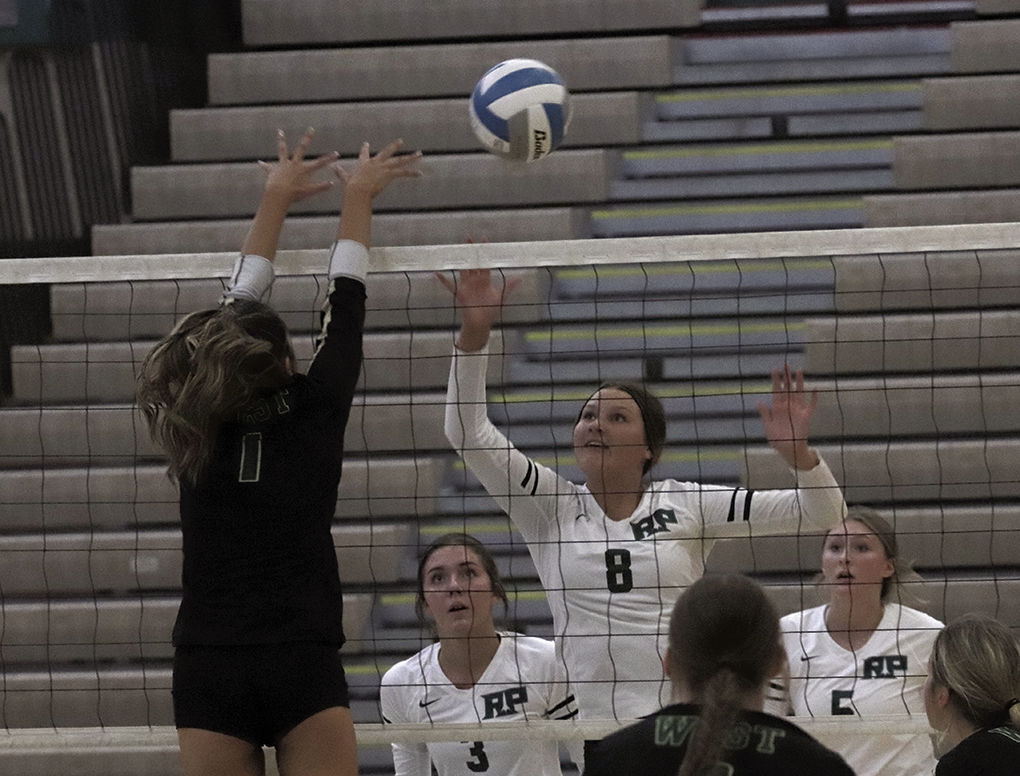 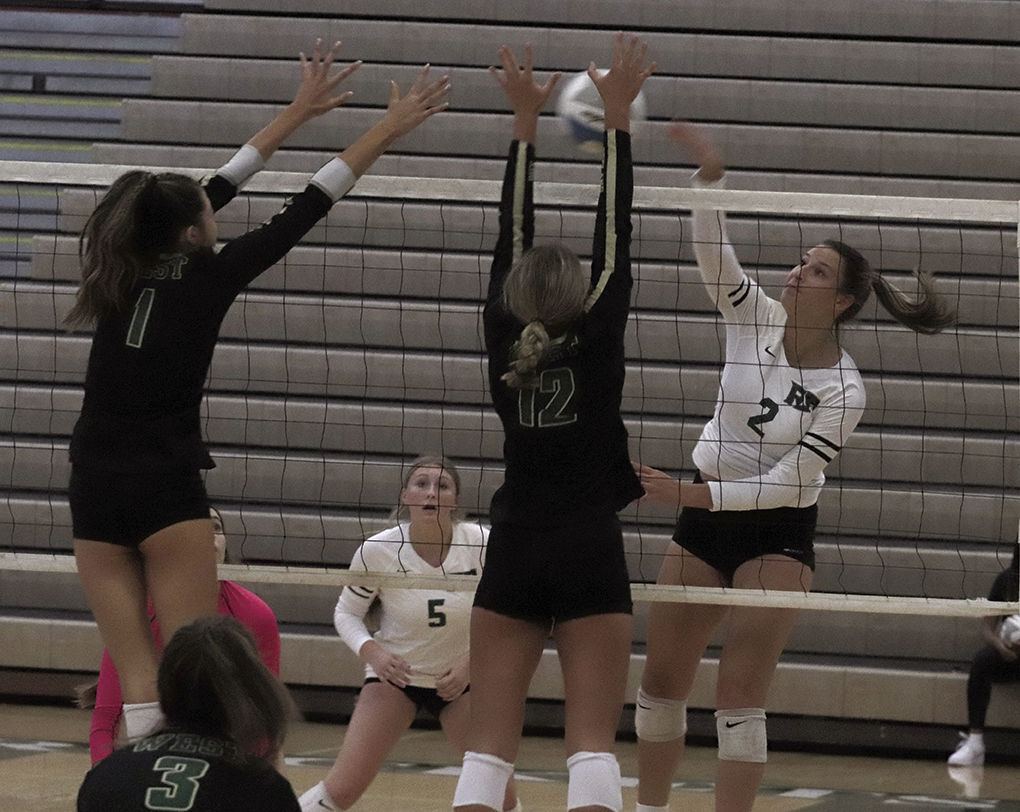 Reeths-Puffer’s Sophia Hekkema (2) is denied at the net by Zeeland West’s Lindsey Houle during Thursday’s match at R-P. The Rockets lost, 3-0. 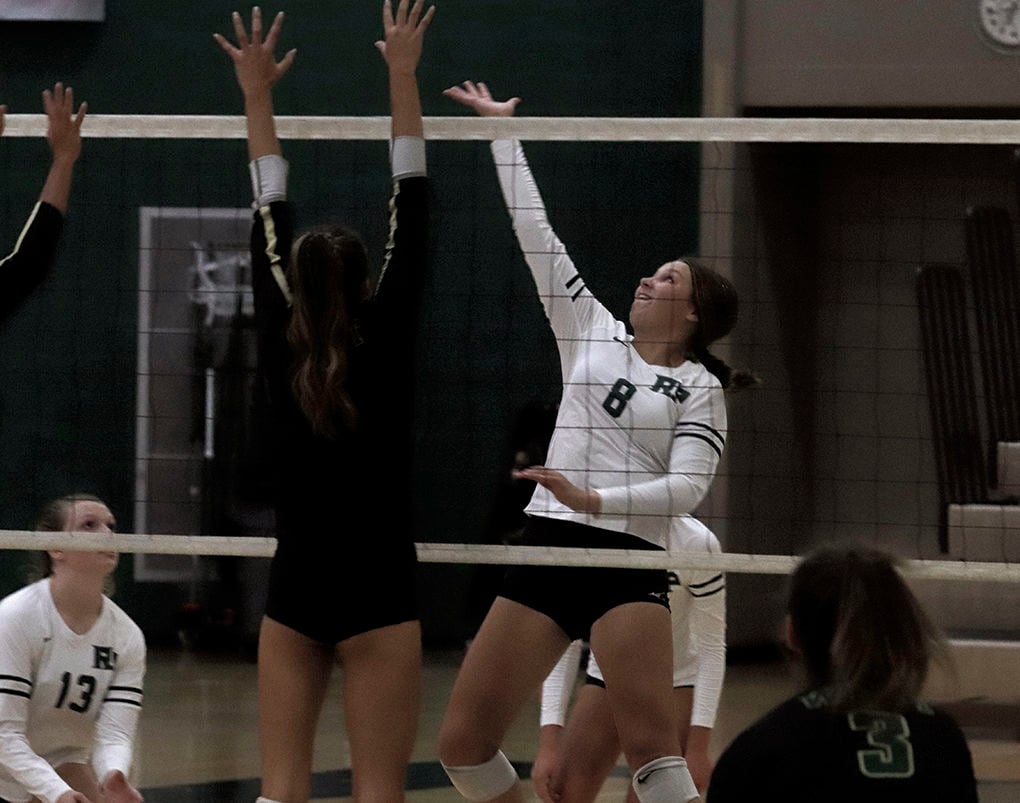 Reeths-Puffer's Billie Tryska (8) watches her attack attempt go over the net during Thursday's match against Zeeland West. The Rockets lost, 3-0.

Reeths-Puffer’s Sophia Hekkema (2) follows through on an attack attempt during Thursday’s O-K Green match against Zeeland West. The Rockets lost, 3-0.

Reeths-Puffer’s Sophia Hekkema (2) is denied at the net by Zeeland West’s Lindsey Houle during Thursday’s match at R-P. The Rockets lost, 3-0.

Reeths-Puffer's Billie Tryska (8) watches her attack attempt go over the net during Thursday's match against Zeeland West. The Rockets lost, 3-0.

MUSKEGON — Reeths-Puffer's high hopes of competing for the O-K Green Conference title took a hit Thursday when the Rockets lost to Zeeland West, 25-18, 28-26, 25-9. It was a loss coach Justin Birr called "our wake-up call".

As was the case in their loss to Zeeland East two days prior, the Rockets (4-9, 1-2 O-K Green) lost a hard-fought game that went beyond 25 points and were unable to recover after that; R-P lost game three of a four-game loss to Zeeland East 30-28 Tuesday. Thursday, the Dux dominated game three from the get-go and put away the match.

"I'd say a few key differences were that that gym had a ton of energy and our gym kind of lacked energy," Birr said. "I don't know if it's a mindset thing, an athleticism thing. I don't know if we're not conditioned enough. We're running a lot of the same players. We're setting a lot of the same players. Maybe it's just a team figuring us out and playing better defense. We cannot close out that last set. It's pretty evident."

R-P trailed most of the way in game two, but a late surge from down 20-13 had the Rockets on the verge of what would have been a big win when a Dux service error gave them a 24-23 edge. However, the visitors scored a kill on the next play, and the Rockets never led again. A Brianna Stawski kill tied the game at 26 later, but a tip kill from the Dux and an R-P attacking error gave West the 2-0 lead in games.

Birr said he wasn't surprised that his team struggled to bounce back from that second game, noting that it's a difficult thing to do at any level when a game is that close.

"You put all that energy into a game that goes to 30, or 28 or whatever it is, and you lose that game, it's going to take a lot out of you," Birr said. Volleyball's very much a momentum sport. Even playing coed or Inside Out for me, even that's a very mental game. It's not like it's just high school girls (that have that issue)."

R-P struggled offensively, which was in part due to the team readjusting to Allie McManus' return at setter. Libero Leah Ellis had taken over the position the previous week while McManus was out, and the two have slightly different setting styles.

Whitehall soccer bows out to #4-ranked Fruitport in district semis

"(Ellis) sets a little bit quicker ball," Birr said. "A lot of our hitters were just trying to get used to that timing. (McManus) came back today without practicing with our team the past week. I think that hurt us a little bit, because they were early to a lot of balls."

Birr also credited the Dux with great defense. West repeatedly denied attack attempts and appeared to have the Rockets well-scouted.

Brianna Stawski led the team with 10 kills, and she was the only Rocket with more than two. R-P has done a good job much of the season developing three-sport star Sophia Hekkema as the #2 offensive threat, but the Dux effectively took Hekkema out of the match. The junior did, though, tie with Tessa Lamphere for the team lead in digs, with seven.

"She's a three-sport athlete and volleyball is probably her third sport, but this is her first year playing six rotations and she's definitely grown into that role," Birr said. "She plays middle back phenomenal, and I think that helps her confidence playing in the front row as well."

The Rockets will need to start winning in a hurry to get back into the league race, starting Tuesday against favorite Mona Shores.

"In my view, this was a must-win, but now everything is definitely a must-win," Birr said. "Trying to line us up in that two or three seed in the conference tournament is going to be tough sledding from here. But it's still possible."