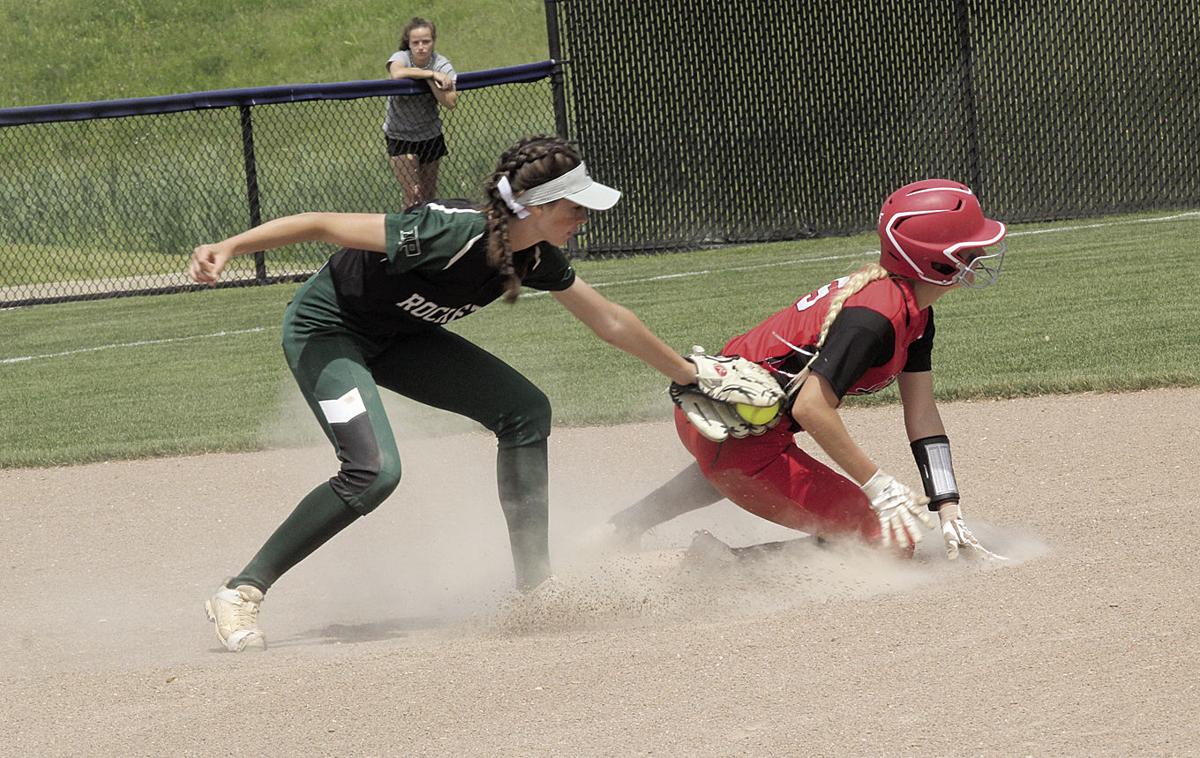 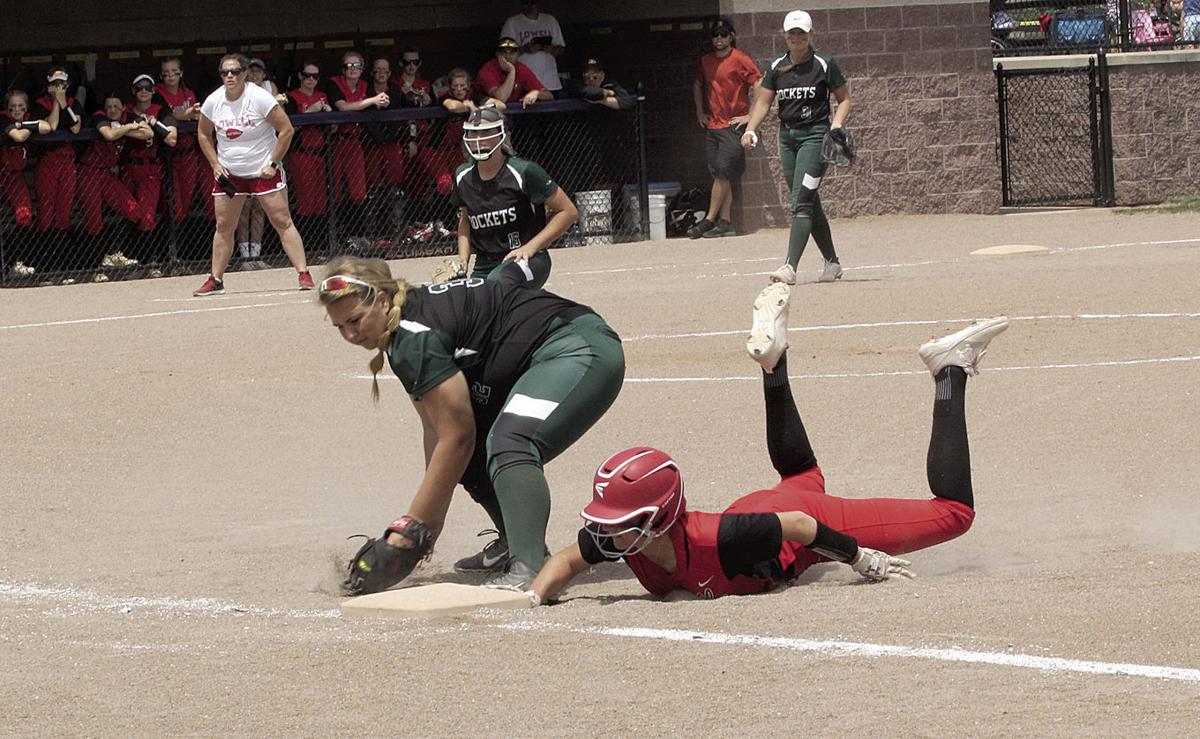 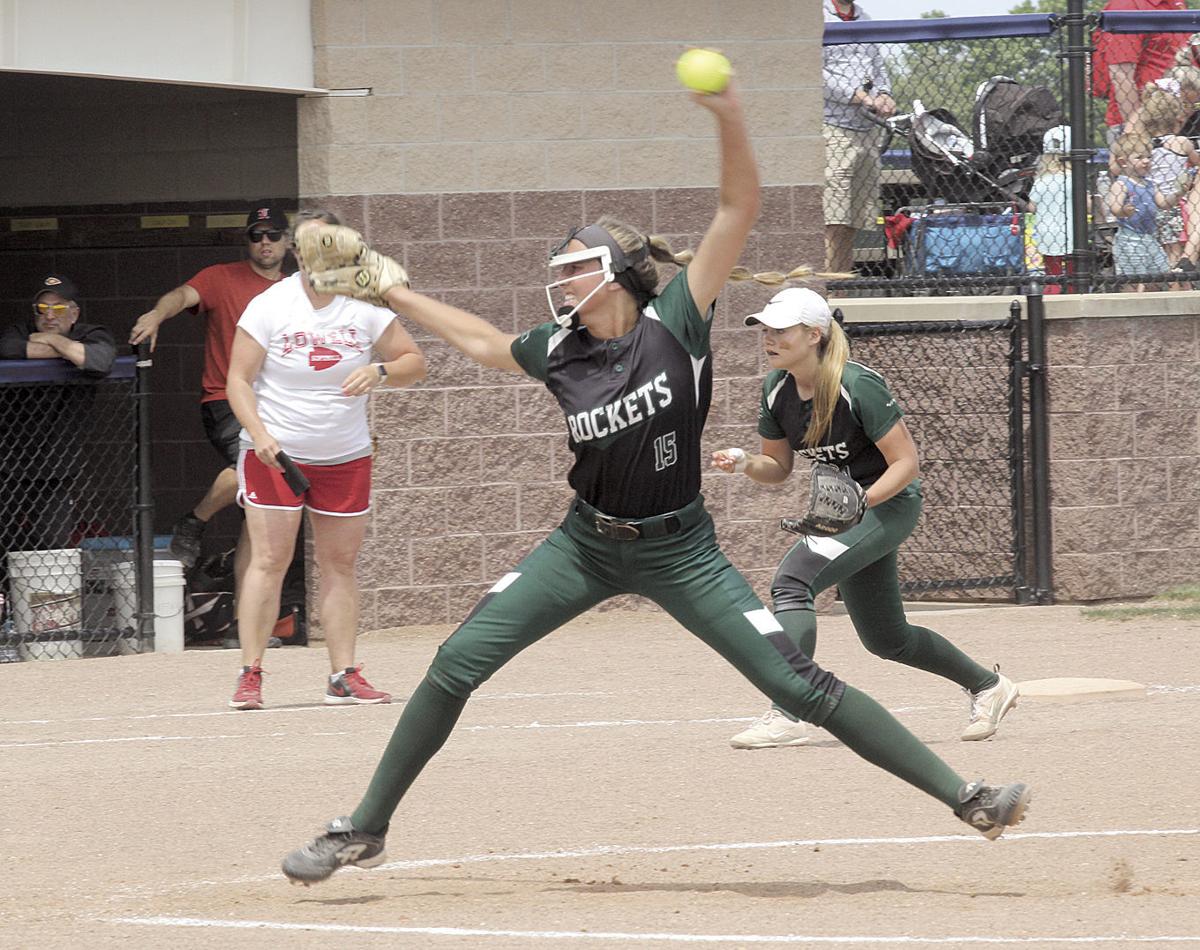 Reeths-Puffer pitcher Makayla Thompson winds up for a delivery during last Saturday’s regional semifinal softball game against Lowell. Thompson took the loss in the Rockets’ 7-0 defeat. 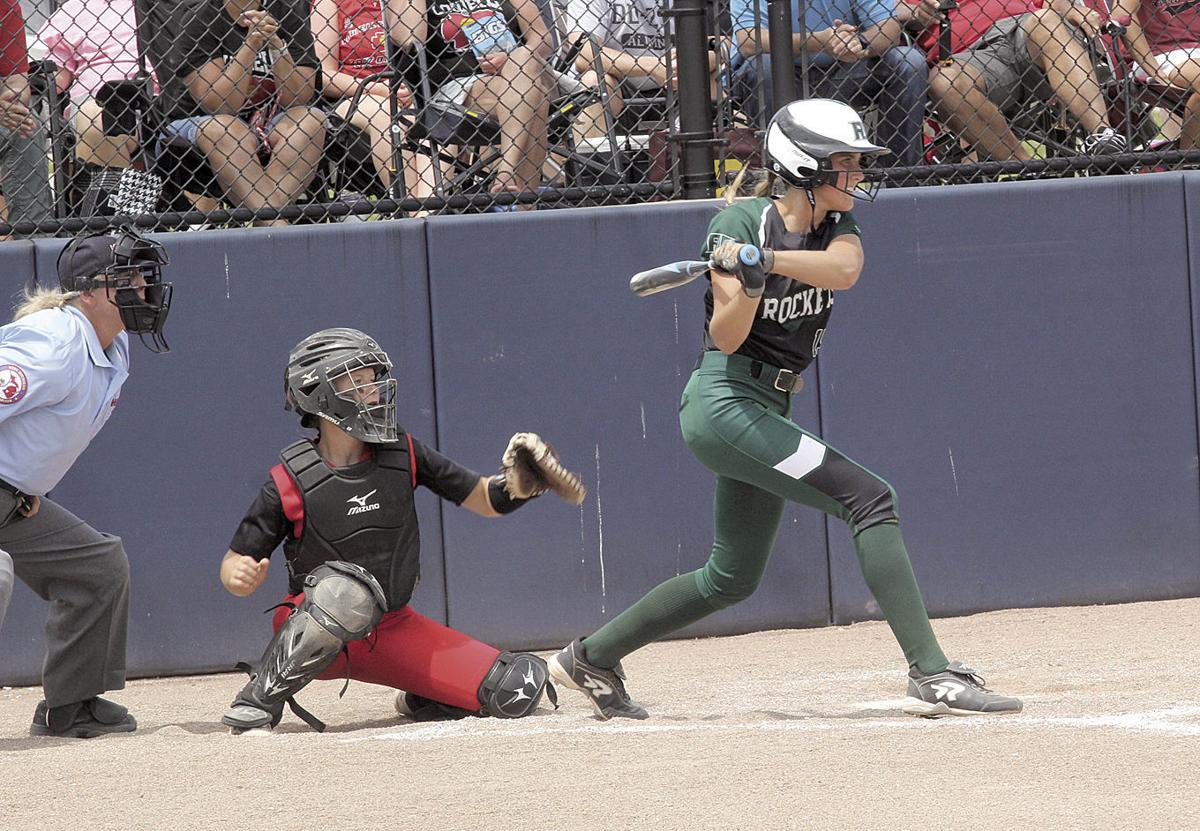 Reeths-Puffer’s Makayla Thompson connects with a pitch during last Saturday’s regional semifinal softball game against Lowell. The Rockets were no-hit in a 7-0 loss. 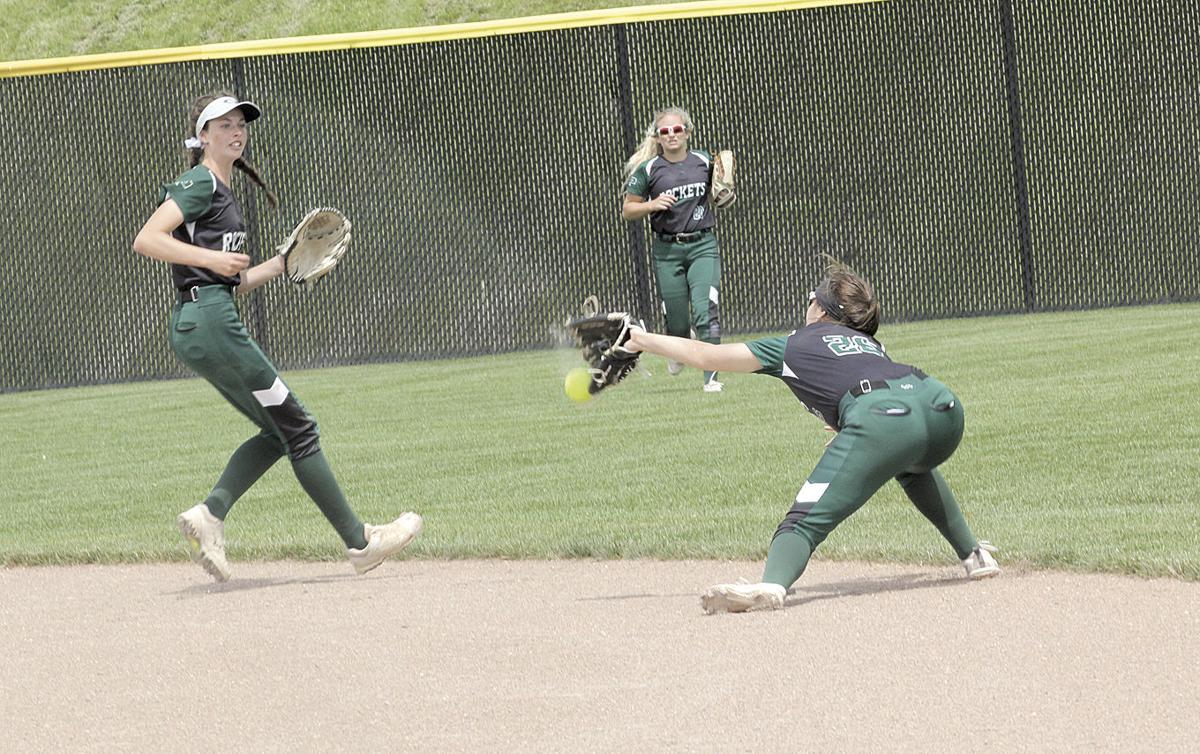 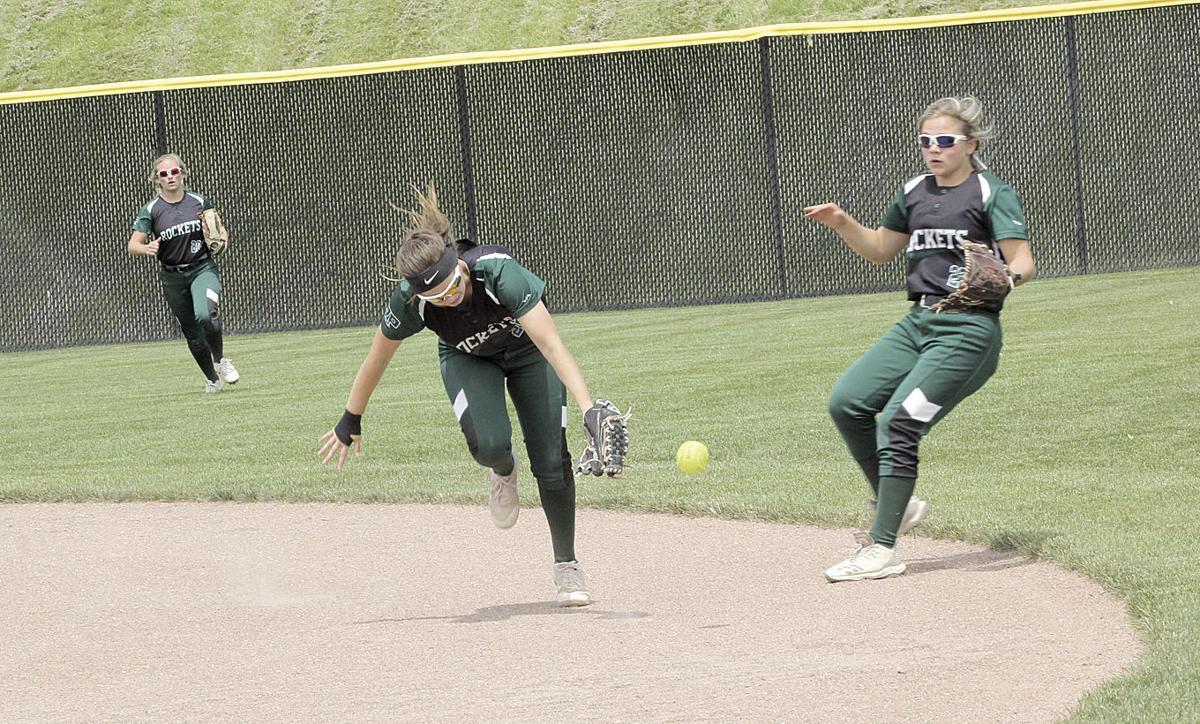 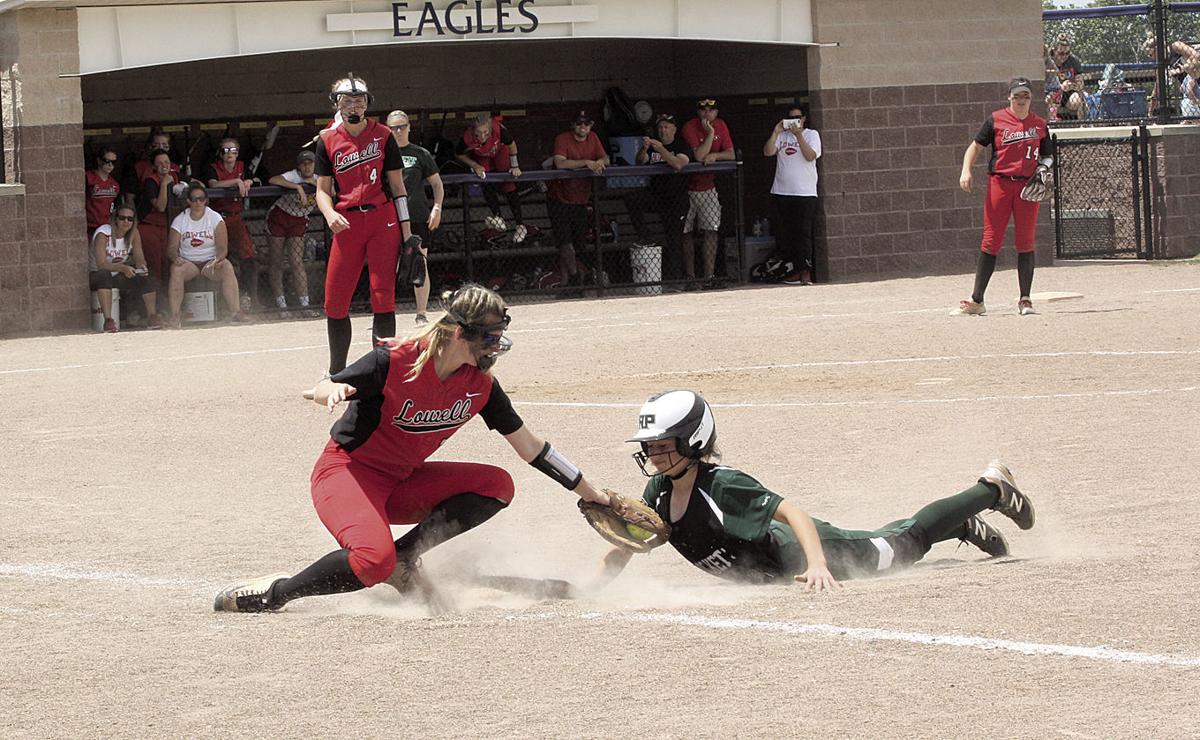 Reeths-Puffer's Sam Slusser (right) gets back to first base to beat the tag from Lowell's first baseman during last Saturday's regional semifinal softball game in Hudsonville. Slusser was one of three Rockets to reach base in a 7-0 loss.

Reeths-Puffer pitcher Makayla Thompson winds up for a delivery during last Saturday’s regional semifinal softball game against Lowell. Thompson took the loss in the Rockets’ 7-0 defeat.

Reeths-Puffer’s Makayla Thompson connects with a pitch during last Saturday’s regional semifinal softball game against Lowell. The Rockets were no-hit in a 7-0 loss.

Reeths-Puffer's Sam Slusser (right) gets back to first base to beat the tag from Lowell's first baseman during last Saturday's regional semifinal softball game in Hudsonville. Slusser was one of three Rockets to reach base in a 7-0 loss.

HUDSONVILLE — Reeths-Puffer’s bats have been strong all season, but they met their match last Saturday in a Division 1 regional semifinal matchup against Lowell, as Red Arrows pitcher Emily DePew no-hit the Rockets and sent her team on with a 7-0 win.

Lowell went on to beat Caledonia later that day for the regional title before falling to Bay City Western Tuesday in the state quarterfinals.

DePew stifled the Rockets, not allowing so much as a ball out of the infield until Makayla Thompson flied to left field for the second out of the seventh and final inning.

DePew struck out 15, getting all three outs by strikeout in the first inning and fanning two batters in each inning thereafter.

“There’s no doubt, Lowell’s pitcher did a great job,” Rockets’ coach Trista Stingle said. “That’s obvious. She kept us on her heels all game, just trying to adjust with the change of speed on her. We practiced what we call choke-and-poke, which is a shortened swing to the ball, and bunts. No matter what we tried, it didn’t seem to matter.”

The Rockets struggled out of the gate, as Lowell, the visiting team, pushed two runs across in the top of the first inning, taking advantage of a walk, an error and a flare single. Mackenzie Jordan had the inning’s big hit, and the first of only two squared-up hits against Thompson all game, when she doubled to right center field to score the second run of the frame.

Abbey Mitchelson drew a four-pitch walk to lead off the bottom of the first, but three straight Rocket strikeouts followed. R-P’s batters worked several deep counts against DePew, but the Saginaw Valley State commit always had the big pitch when she needed it.

“My batters are typically very patient,” Stingle said. “They did a really good job with that. We honestly came out exactly how I would have anticipated, being hungry, and, we call it, smart-aggressive.

“We had a couple of errors that got us, and they hit a couple of bloopers that there’s really nothing we could do about...It’s tough, going into games like this in the regionals. Every team is a great team. It’s going to be who plays the best on that day and in that game, and they did that.”

The game stayed at 2-0 through three innings as Thompson matched DePew with two hitless frames, but in the third, Lowell got the first three batters on base with a bloop single and two bunt singles. Thompson appeared to be on the verge of getting out of it with no damage until a dropped pop-up at second base led to another Lowell run.

The Red Arrows’ Jenna Perry led off the fifth with an impressive home run to left field, and Lowell got two more runs in the inning on a two-run single by Corah Miller.

Thompson struck out 11 batters in the game, but the two hard-hit balls plus some bad luck with soft hits saddled her with the loss. Fittingly, given her over 1,200 strikeouts in her high school career, Thompson fanned the last batter she faced in high school in the seventh inning.

“She’s definitely unique, a unicorn, so to speak, in our area,” Stingle said. “There’s not a lot of kids that do that. I’m very proud of her and her efforts. She worked hard in the circle today. They were able to get some hits off her and lay some bunts down. That was the difference.”

The Rockets finished the season with a 21-15 record. Stingle said that her team should benefit from the experience of playing the regional game in future years.

“Just remembering the idea of how quickly the game moves all the time,” Stingle said of the key takeaway from Saturday. “Whether you’re playing someone of (Lowell’s) caliber or not, in your mind, you’re always doing that and preparing for the fact that that’s the idea at the end of the season, that we can play with the best teams. (That’s) certainly what we need to remember as we move forward.

“Obviously we would have wanted some more of our balls to drop in, get baserunners, and scored. But I’m not disappointed with my kids’ performance at all.”