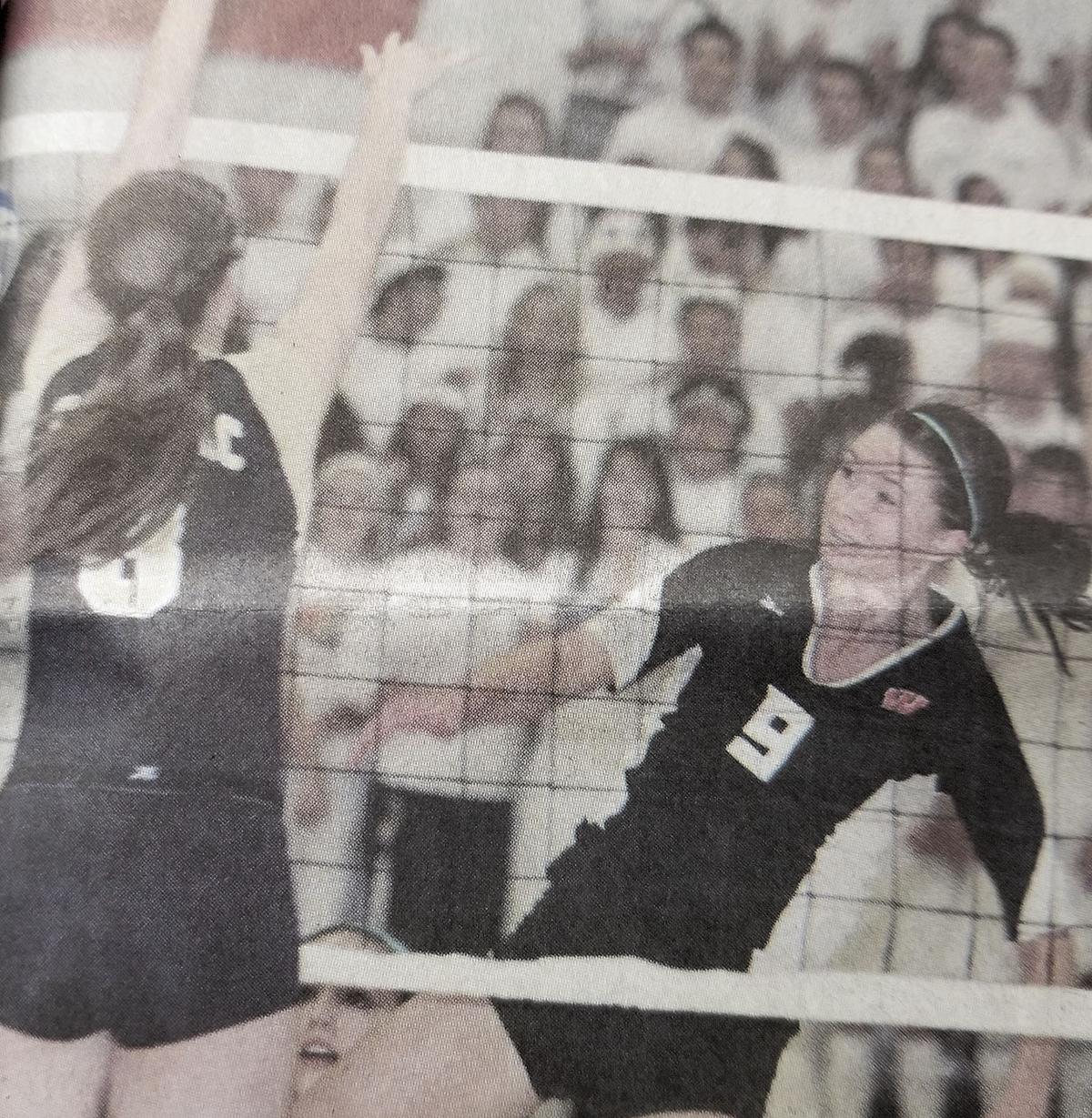 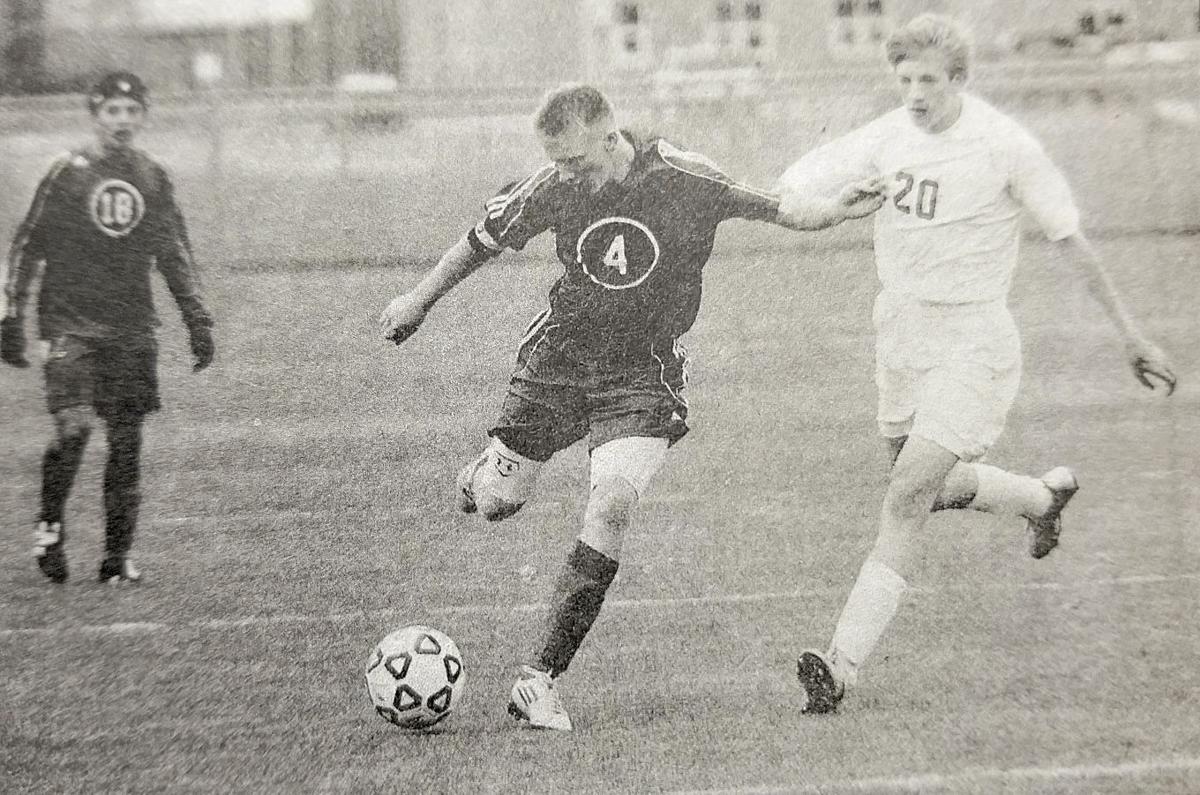 Whitehall’s Daniel DuBois (4) winds up to boot the ball downfield during a 2015 district finals game against Fremont. DuBois’ speed and reckless abandon made him among the most memorable Whitehall athletes to take the field since 2012.

Whitehall’s Daniel DuBois (4) winds up to boot the ball downfield during a 2015 district finals game against Fremont. DuBois’ speed and reckless abandon made him among the most memorable Whitehall athletes to take the field since 2012.

Whitehall has had a tremendous amount of athletic success since I arrived here in 2012. That’s a good thing — except when it comes to narrowing it down to a best-of list.

When the COVID-19 shutdown began back in March, I put out a call in this space for story ideas, and our readership delivered in spades, providing the basis for some of the stories you’ve read here since then. Reader Terry Riggs was the one, though, who suggested a ‘best-of’ featured page for each school.

I liked it, and now here we are. I scoured Beacon pages for the best and most memorable Whitehall athletes since 2012. Because the Vikings have succeeded so much, and I can’t take up the whole paper with names, some really, really good athletes aren’t on this list, but I tried to include a good mix of some of the biggest stars that stood out to me in that time.

Steve and Joe Sika - I only covered the Sikas for a year, but it was quite a year. Both twin brothers won state wrestling championships in 2013 as seniors, winning back-to-back matches on the same mat in Auburn Hills. The Viking duo were superstars, carrying Whitehall to the state semifinals as a team. They won five city titles between them, to boot (Steve winning three). They were also major factors on the gridiron, each claiming all-conference first team honors in their senior years of 2012. Joe was a double first team honoree, on offense and defense. (A hat-tip here, also, to Zack Cooper, who joined Whitehall wrestling as a transfer student the same year and also won a state title.)

Autumn Christenson and Hope Rillema - Having two Division I athletes on the same team is pretty much unheard of in this area, and yet Whitehall’s had it happen twice since I’ve been here, both times in the same graduating class. This was the first occurrence; again, I only got to see these Viking stars for one year, but it was an incredible one. Christenson and Rillema carried Whitehall to its own state final four appearance in 2012 before moving on to Michigan State and Morehead State respectively. Rillema was a Miss Volleyball finalist, and Christenson was named a high school All-American by PrepVolleyball; both were first team all-conference performers all four years, and both finished with a first team all-state nod as seniors. Watching these two dominate the court together was a remarkable treat that I’m sure I didn’t appreciate enough at the time. Christenson was also an accomplished hurdler and still holds the Whitehall record in the 300-meter event, qualifying for state as a senior.

Daniel DuBois - Daniel DuBois was blessed with one remarkable physical attribute — speed. Pretty much everything else was all hustle. DuBois provided excitement whether he was starring in soccer, basketball or baseball because of his willingness, even desire, to take contact and go flying in pursuit of making a play. DuBois is the all-time boys goal scoring leader for Vikings’ soccer and earned honorable mention all-state as a senior, scoring 31 goals that year. DuBois was a remarkable shortstop on the diamond, too, with longtime Vikes’ coach Warren Zweigle calling him the best defender he ever coached. He was second team all-state as a senior, hitting .432 and stealing 44 bases. DuBois was also a glue guy and heady leader for the basketball team.

Katelyn Goodrich - Katelyn Goodrich was a valued member of all her three sports teams, but the softball diamond was her home. Playing for her dad, coach Dave Goodrich, Katelyn set just about every relevant Whitehall career record in her four years while playing a strong shortstop, earning first team all-conference honors each time. She hit .496 in her junior season, then topped herself with a .588 batting average as a senior, hitting seven home runs and driving in 65 runs while scoring 59. Goodrich was also a key cog for the Vikings’ volleyball and basketball teams, providing leadership in both.

Reiley Brown and Jwan Britton - The second pair of Whitehall D-I athletes during my time, Reiley Brown and Jwan Britton weren’t just superstar teammates but also extremely close friends and sparring partners in the Viking wrestling room. Brown starred right away, taking second place at 103 pounds as a freshman and pulling off a swing victory in the team’s regional semifinal match against Grand Rapids Catholic Central. He went on to be only the sixth wrestler ever to win four city titles and claimed state championships in each of his last two seasons. Britton emerged later in his career, taking third place as a junior and then joining Brown at the top of the podium as a senior, and the frenetic pace at which he wrestled is impossible to forget. Britton was also the Vikings’ starting running back in football as a senior, rushing for nearly 1,000 yards. Brown went on to wrestle at Central Michigan, and Britton went to Michigan State.

Hanna Evans - You’d never have pegged Hanna Evans as a goal-scoring machine by looking at her; she was one of the shortest Vikings on the team. But she was deceptively strong and had a knack for finding the right spot, and used it to become Whitehall’s all-time goal scoring leader, boys or girls. Along with running mate Lauren Baustert, she led the Vikings to great heights during her four years, although a knee injury late in her senior season sidelined her dream to win the school’s first district title. Evans earned honorable mention all-state as a sophomore and third team all-state as a junior, and was a three-time all-league pick. She also played volleyball, where she bounced around the back row throughout her career, and basketball.

Kayleb Venema - Quiet production was the hallmark of Kayleb Venema’s four years at Whitehall. His best sport was wrestling, where he was all-state three times and helped the Vikings to three straight regional titles from 2017 to ‘19. However, Venema was an excellent football player as well, emerging late in his sophomore year and breaking out as a junior. He posted consecutive 1,000-yard rushing seasons to end his career and was a leader on the defensive end as well. Venema also quietly had a great baseball career and was a two-time all-conference pick, with a third likely coming had there been a 2020 season.

Bri Copley - With so many individual events in track and field, it can be hard to stand out, but Bri Copley certainly did. The Viking thrower repeatedly smashed the school record in both shot put and discus during her career and was a two-time All-Star meet champ in both events. She capped it all off at state as a senior with one last record performance in both, earning the state championship in shot put and all-state honors in discus. Copley was also a valuable member of the volleyball and basketball teams, and now is on the Ferris State track team.

Emily MacArthur - It’s hard to put up big numbers when everyone knows you’re getting the ball, but that didn’t stop Emily MacArthur, who became just the fifth Whitehall girls basketball player to hit the 1,000-point career mark in her senior year. MacArthur’s teams were around .500 during her time, but not for lack of her production; she averaged 21 points and 12 rebounds as a junior to get honorable mention all-state and claimed three all-league first team selections, earning the most votes in the league as a senior. MacArthur was also a very good softball player, twice being named all-league and hitting .429 as a junior. She went on to play hoops at Hope College.

Sam Baustert - Sam Baustert was most memorable, if this makes sense, precisely because he wasn’t memorable. He never seemed to fluctuate much either way, emotionally or in his performances. It was a demeanor that suited him well as a rare 12-time letterwinner for Whitehall. He capped a successful cross-country career with his first all-state honor at the finals, then eclipsed the 100-win career mark in wrestling as a senior, helping Whitehall reach the state final four for the second year in a row. He was all-state as a sophomore in that sport too. In track, he was a two-time state qualifier in the 3,200 meters and ran his best career race in his final one, at the 2019 state meet, just barely missing all-state status. Baustert now runs for Grand Valley State.

Brandon Rake - Expectations were high for Brandon Rake after he led the Whitehall basketball team to an undefeated JV season as a sophomore, and he delivered on them by earning two all-conference first team nods on the court, contributing to the Vikings’ 14-0 league record in his junior season and averaging 16.7 points and 11.2 rebounds while being swarmed with opposing defenders as a senior. Rake was also a force on the gridiron, where he was named all-conference in football on both sides of the line as a senior, registering 12.5 tackles for loss on defense. He also participated in track and was a two-time all-star meet competitor in shot put. Rake now plays basketball at Alma.