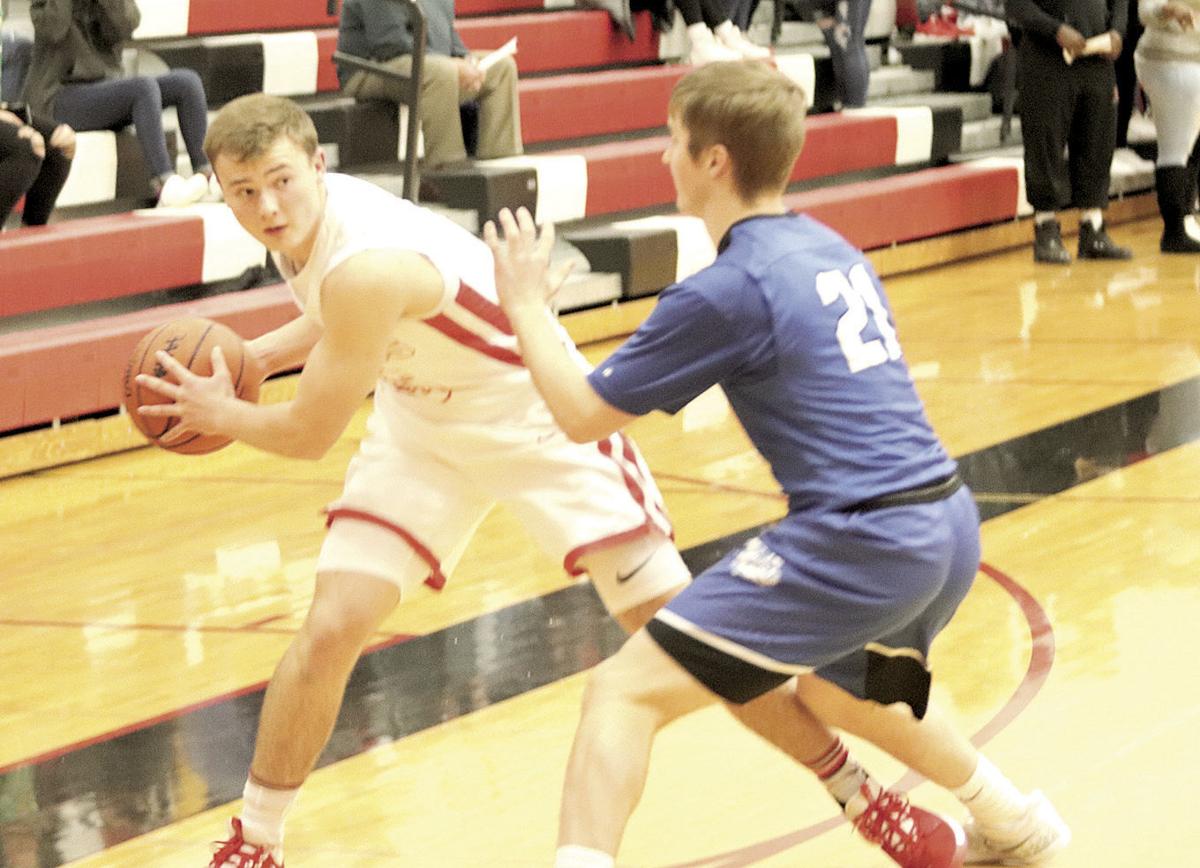 Whitehall’s Evan Mikkelson (left) evaluates the defense of Ravenna’s Conner Kilbourne during a game at Whitehall last season. Mikkelson will be one of the Vikings’ leaders this year. 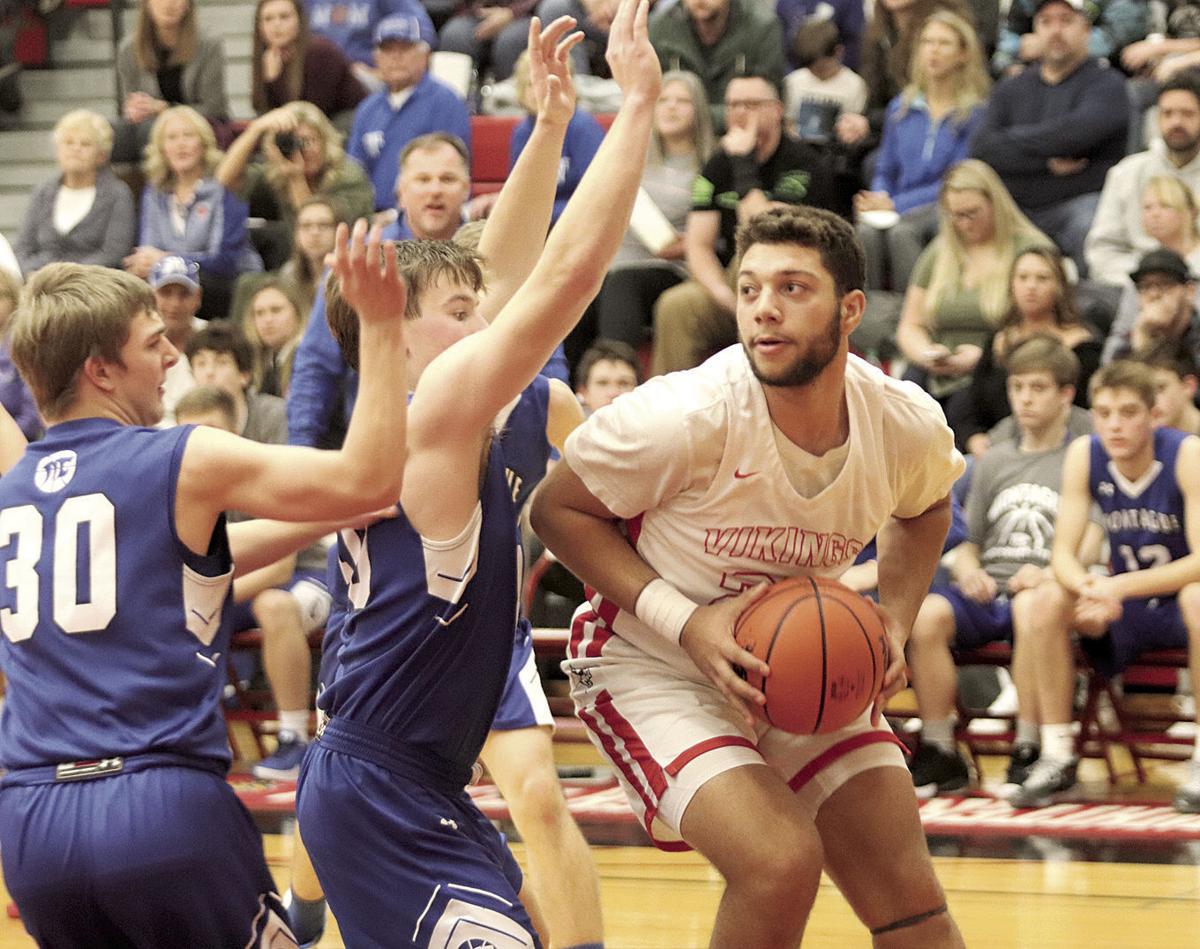 Whitehall’s Dayton Cole (right) tries to get to the basket against Montague defenders Aidan Buchberger (30) and Riley Hagen during a game last season at Whitehall. Cole, an all-WMC player last season, is in line for another big year.

Whitehall’s Evan Mikkelson (left) evaluates the defense of Ravenna’s Conner Kilbourne during a game at Whitehall last season. Mikkelson will be one of the Vikings’ leaders this year.

Whitehall’s Dayton Cole (right) tries to get to the basket against Montague defenders Aidan Buchberger (30) and Riley Hagen during a game last season at Whitehall. Cole, an all-WMC player last season, is in line for another big year.

Whitehall is as ready as any team in the area to get its basketball season rolling, as the Vikings return almost their entire roster from last season.

Alfred McGlothin, a rotation player, was the only Viking to graduate from last year’s squad. The team should get a boost from a full season by senior Andrew “Texas” Durbin, who was slowed most of last year by the broken leg he suffered during the 2019 football season.

Whitehall got a breakout all-conference season from Dayton Cole last year, and his size and skill in the paint makes him a formidable foe for any team. Coach Nate Aardema said Cole has worked hard to add to his game in the off-season.

Other key returnees for Whitehall include outside threats Evan Mikkelson and Addison Bluhm, who along with Durbin were captains on the 2019-20 team. Slasher and capable scorer Red Watson is also back after a midseason call-up from JV produced great results, and Casey Lownds, who missed almost all of last season with an injury, is poised to return. The Vikes will also look for more production from Mario Moore, Caleb Koch and Calvin Larson, who saw some playing time a year ago.

On top of all that returning production, the Vikings anticipate that 2019-20 JV players Brodie Fogus and Jakarris Wiggers should make a big impact.

Of course, like all coaches, Aardema was unable to spend as much time with his team in the off-season as usual due to COVID-19 restrictions. The team kept in touch virtually, and he said several players, including Mikkelson, Cole, Bluhm and Lownds, as well as JV player Jackson Stoudt, had successful off-seasons. Still, the team chemistry and bond that would normally develop from off-season programs never had a chance to do so.

“The kids that truly love the game found a way to work on their skills and improve, but we didn’t get the bonding that comes with our summer program and working together in the gym throughout the off-season,” Aardema said. “We have done some different challenges and zoom meetings this fall.”

Even more so than usual, no one really knows what to expect from this season until teams step on the floor, but Aardema is hopeful his team can compete for the West Michigan Conference title and for the district championship. The league should be fairly wide open, as nine of the 10 players named all-conference first team a year ago were graduated seniors, but North Muskegon is a perennial threat, and Oakridge should be very competitive.

Due to the condensed schedule, Whitehall has only three non-league games scheduled, and who knows if they will be played, but the Vikings are slated to test themselves with games against Reeths-Puffer, Mona Shores and Ludington.

“I think it is realistic for our guys to expect to compete...if we play for each other and compete for full possessions on the defensive end,” Aardema said.