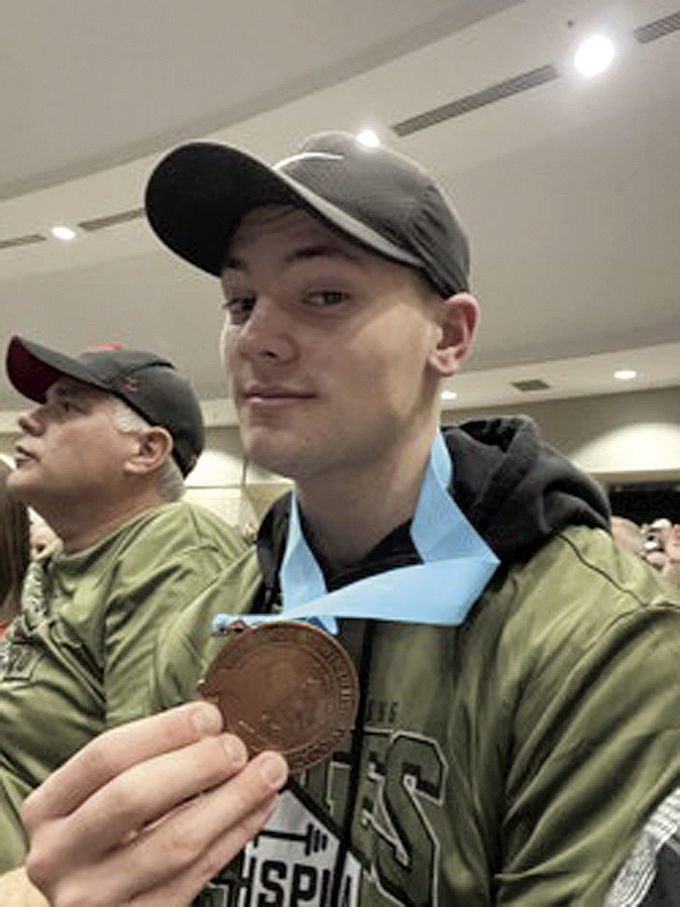 Whitehall powerlifter Aiden Raymond shows off his state medal after placing in the state powerlifting meet in March at North Branch. Raymond took ninth at the meet. 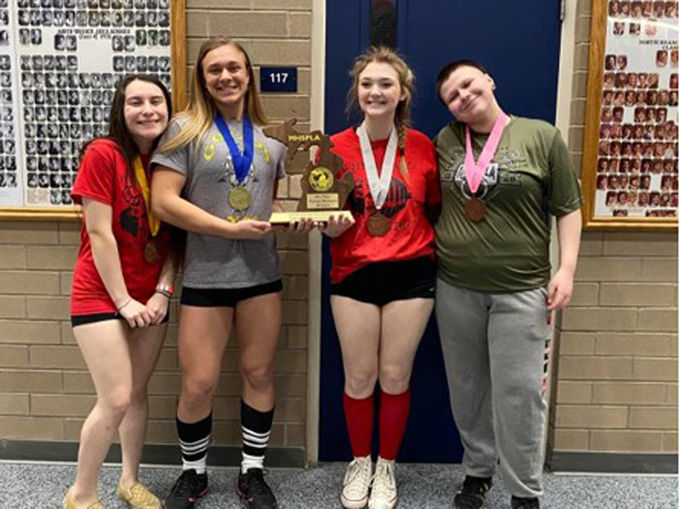 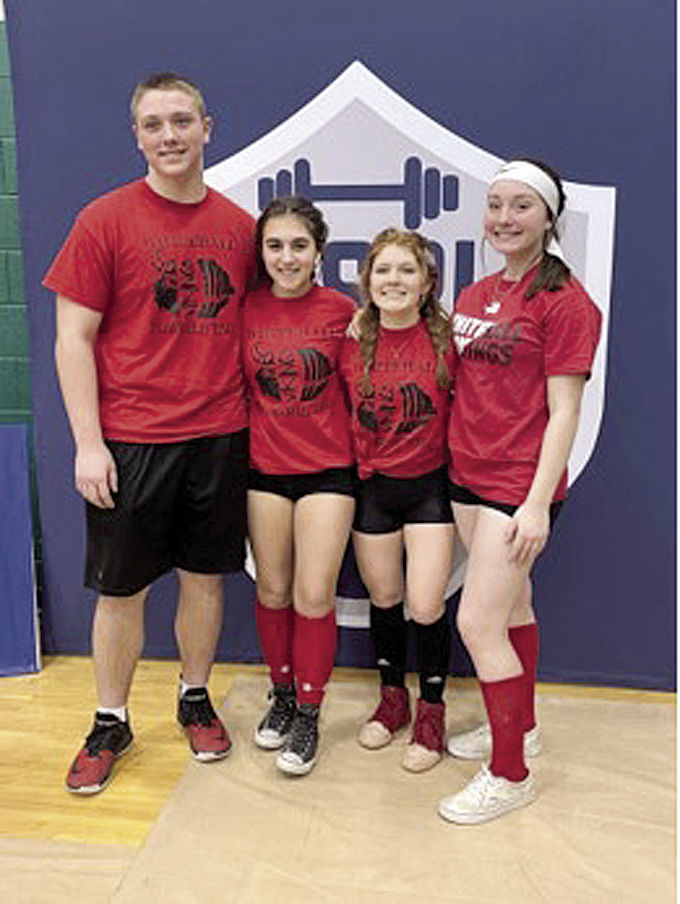 Whitehall powerlifter Aiden Raymond shows off his state medal after placing in the state powerlifting meet in March at North Branch. Raymond took ninth at the meet.

Whitehall’s powerlifting team enjoyed a successful campaign this year, bringing in athletes from seventh through 12th grade for a season that began with practice in late October and concluded with the state championship meets in early March.

Twelve Viking lifters advanced from the regional level to compete at the state meet, but the highlight for Whitehall was a fourth-place team finish in the girls competition on March 7 at North Branch High School, the highest finish ever for a Whitehall team. Each athlete posted new personal bests at the meet.

Freshman Maelie Hope led the Whitehall squad by taking the top spot in the 165-pound weight class with a combined score of 785 pounds. (The scores are tabulated by totaling each athlete’s best lift in the squat, bench and dead-lift categories.)

For the Viking boys, Aiden Raymond led the way with a ninth-place finish in the 207-pound class.

In the JV state meet at Lake Orion the week before, Ashley Cordray rewrote the state record book for her 105-pound weight class, taking first place and breaking the record in all three lift categories. Becki Gomez and Tristyn Kennedy each finished fourth at the 145 and 114-pound classes respectively.

Montague, meanwhile, had three varsity qualifiers at the varsity state meet. Madison Diamond was the Wildcats’ top finisher, coming in second place in the 145-pound class, just five points behind the champion, Jenna Haynes of Climax-Scotts. Diamond’s mark was 755 pounds. Samantha Kowalski took seventh for Montague in the 105-pound class, and in the boys’ meet, Kollin Rademaker placed sixth in the 220-pound class.