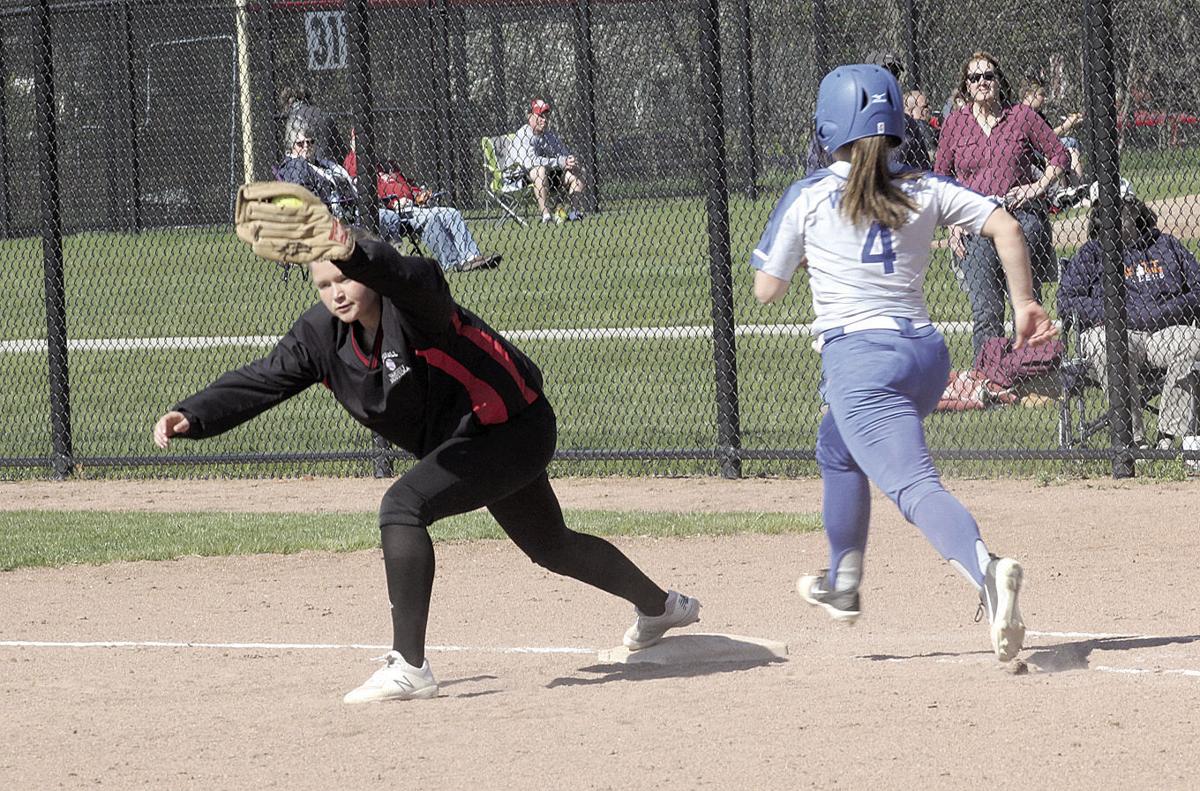 Whitehall first baseman Greta Hosticka reels in a throw at first as Montague's Chloe Wynn arrives at the bag during a 2019 WMC doubleheader at Whitehall. Hosticka is back for her senior season. 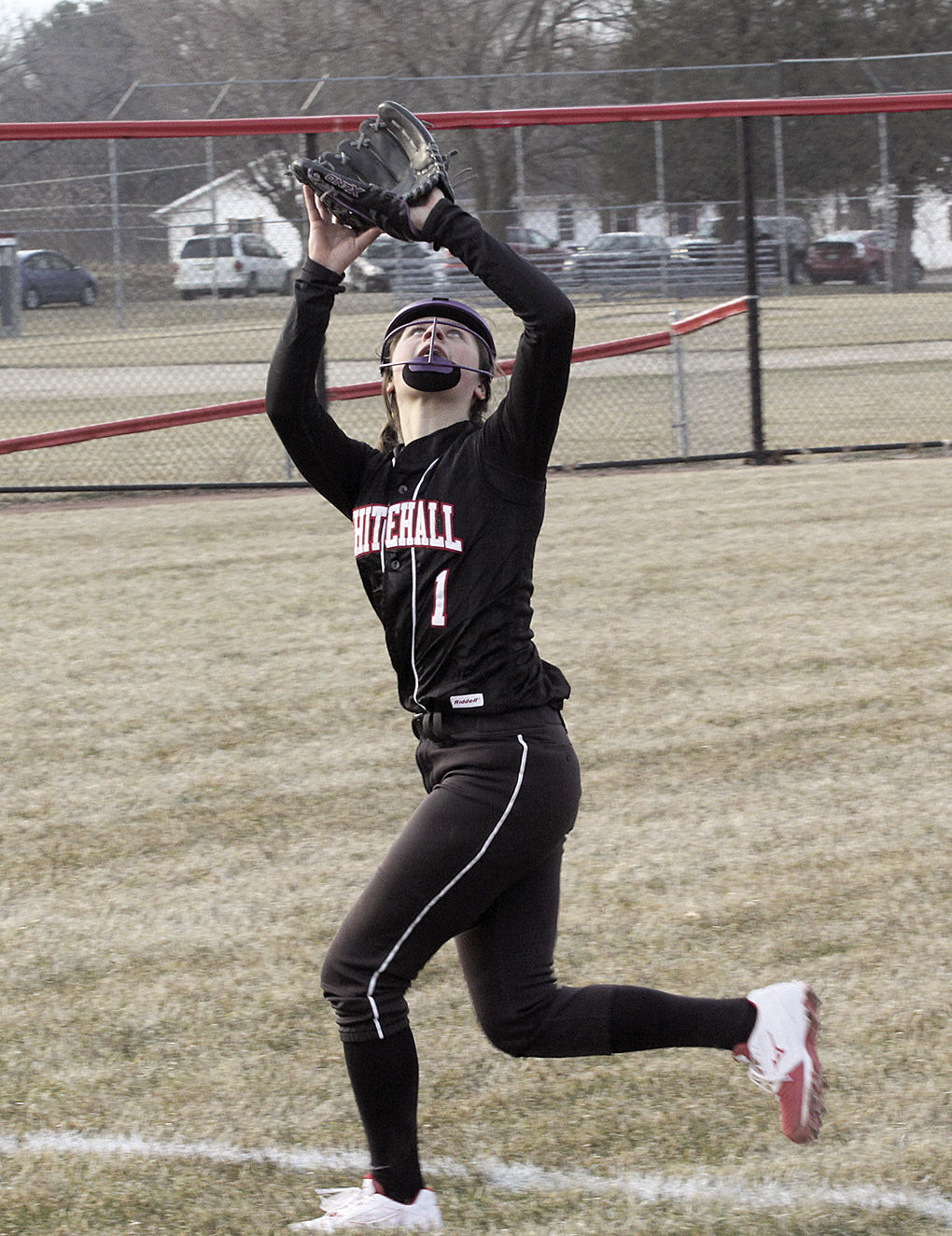 Whitehall’s Kyleigh Martin reels in a pop-up during a game against Orchard View in 2019. Martin, who was a freshman that season, is back for 2021.

Whitehall first baseman Greta Hosticka reels in a throw at first as Montague's Chloe Wynn arrives at the bag during a 2019 WMC doubleheader at Whitehall. Hosticka is back for her senior season.

Whitehall’s Kyleigh Martin reels in a pop-up during a game against Orchard View in 2019. Martin, who was a freshman that season, is back for 2021.

Whitehall's softball team only has two returning varsity players from the 2019 season, so the Vikings will be breaking in a lot of new faces when the season gets going this week.

The two experienced players are senior Greta Hosticka and junior Kyleigh Martin, both varsity players since their freshman year.

"Given the shortened preparation time this year, I am incredibly proud of the way our girls have come together so far," Whitehall coach Denis Koegel said. "This is almost an entirely new team, and they are putting in the work to build bonds and develop the type of team chemistry that is necessary for us to be successful."

This will be Koegel's first season at the helm; he was slated to take over last year prior to the sports shutdown.

Whitehall got some off-season work in last fall after the MHSAA lifted some of the off-season rules that are normally in place for spring teams. Koegel said the coaches got a good idea of their roster during that time.

"Additionally, the newly-built Viking Athletic Complex has been very helpful for the weekly four-on-one sessions that we have conducted throughout the year," Koegel said.

While the West Michigan Conference usually has a set hierarchy, with programs like North Muskegon and Oakridge at the top of the heap along with Whitehall and Montague, the amount of turnover and lack of activity since last spring leaves the league a bigger question mark than usual. Still, the Vikings' rivalry clash with Montague remains a highlight of the schedule, as well as their battles with the Norse and Eagles.

"We have a young team who hasn't had a ton of time to gel, but playing the top teams in the conference will allow us to really grow as a team and develop our identity in terms of how we respond to the biggest challenges," Koegel said.

Other challenges will include large schools like Big Rapids and Ludington. The Vikings will also certainly be excited for a pair of home tournaments, particularly an early-season one that includes Forest Hills Eastern, Allendale and Zeeland West.

Of course, the thing Koegel and the Vikings are most excited for is just to play at all.

"For a number of girls, softball is what they live for, and stepping back out on the field is going to be electric," Koegel said. "Knowing these girls as their coach and their teacher, I am so excited for them to get back to doing what they love."