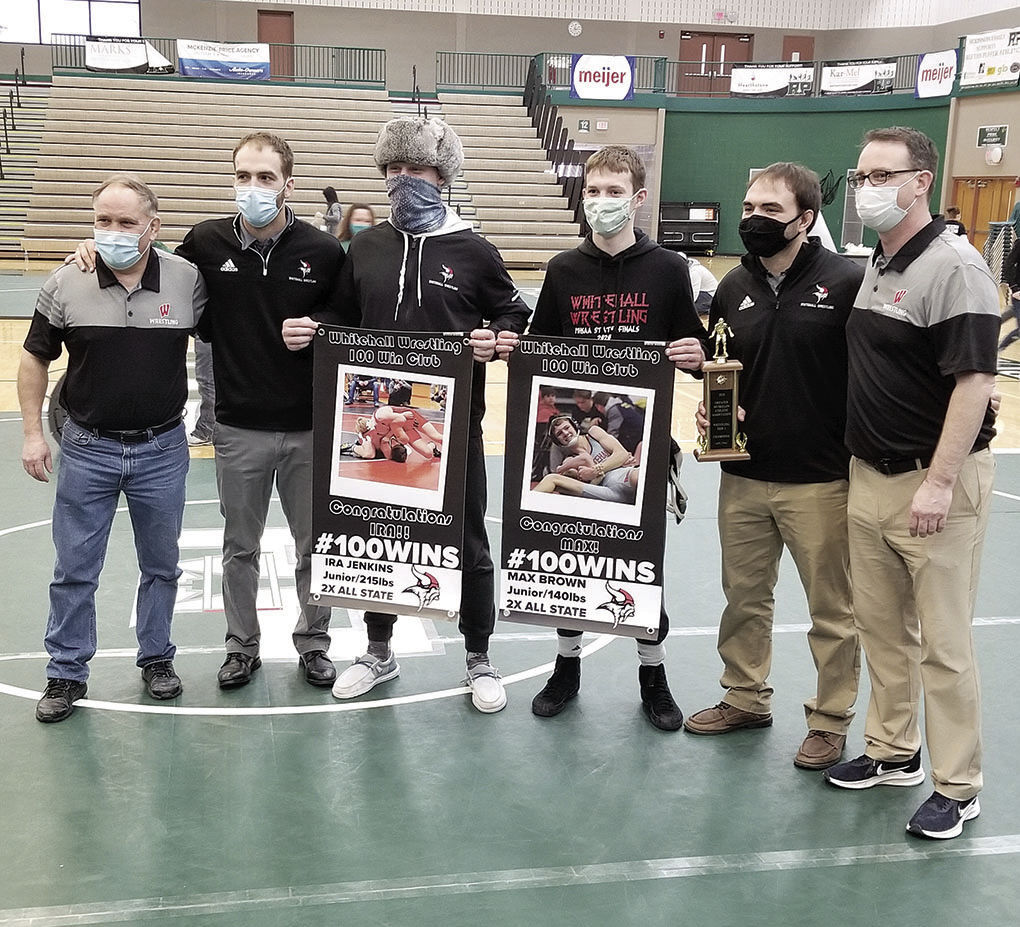 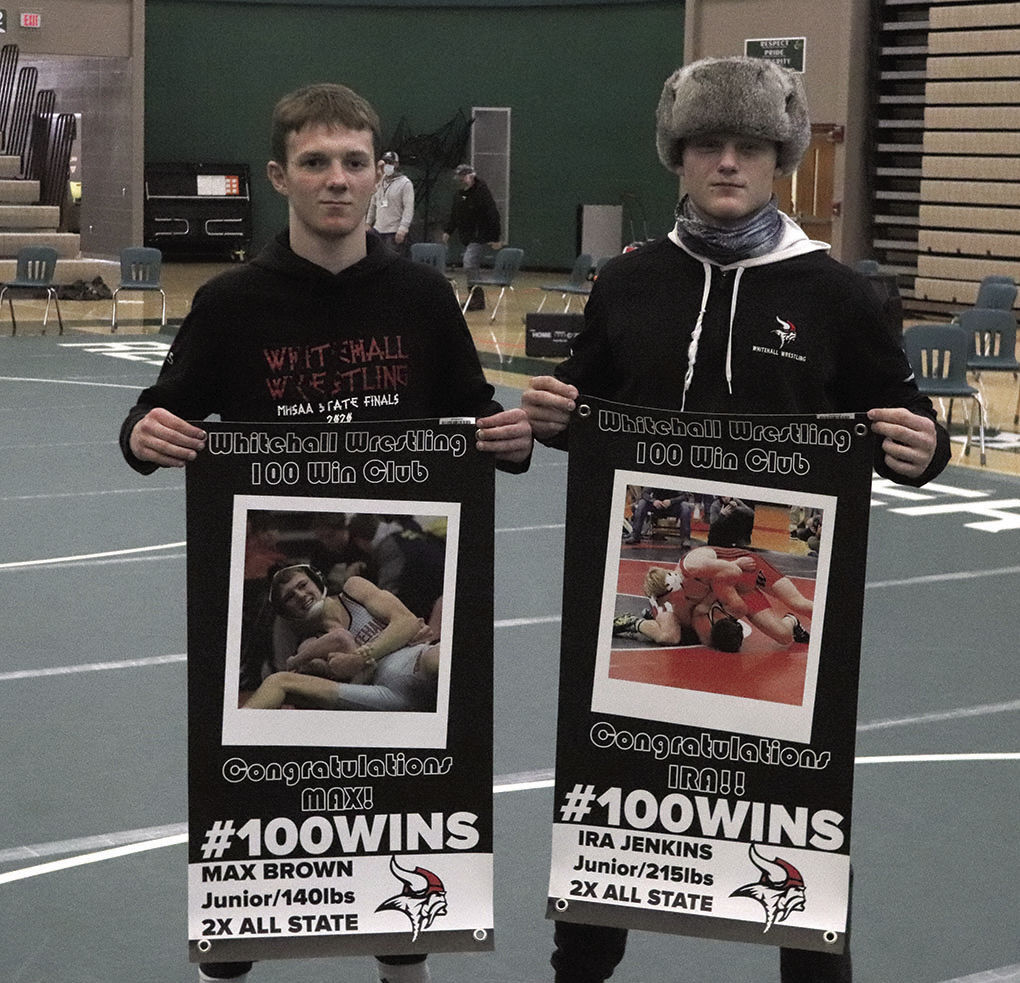 MUSKEGON — Teammates and longtime friends Ira Jenkins and Max Brown got to share another huge career moment Saturday at the GMAA Tier 1 tournament at Reeths-Puffer, with both earning their 100th career victories.

Brown’s 100th came first when he pinned Ravenna’s Jon Schuitema in the Vikings’ first match of the quad meet. Jenkins earned his milestone win in the event’s final dual against Reeths-Puffer, pinning the Rockets’ Eric Suttorp.

“It’s just another chapter to our story,” Brown beamed after the Vikings’ team title had been won over R-P.

The duo go back to their middle school days together in the Whitehall program, and although they’re only juniors, they are clear leaders on the Viking squad. Both are two-time all-state wrestlers and — unofficially at least — three-time city champions after sweeping their three matches Saturday.

“I’m really proud of those guys,” Whitehall coach Justin Zeerip said. “Those guys put a lot of time in. I was glad they were able to reap the rewards of that. They’ve put in the time all off-season. This year might be a little different because of COVID, but those two guys are great leaders for us, and I couldn’t be prouder of them.”

While Zeerip somewhat downplayed the motivation factor for Whitehall after Reeths-Puffer had twice knocked off the Vikings last year in the GMAA meet and the district tournament, for Jenkins and Brown, it was a major factor. In that way, it actually helped to have the meet divided into quad meets and the title to be decided by team competition instead of the usual individual matchups; it enabled Whitehall to go head to head with R-P for the city title the Rockets took away last year.

“We try to keep our emotions in check,” Zeerip said. “There’s definitely a big rivalry there. The city meet is a big deal, going way back. Our kids were laser-focused all week and excited.”

The two teams won’t meet in the postseason this year because Whitehall dropped back down to Division 3, which added urgency to Saturday’s matchup.

“We came into this, and we were after the match, especially after last year when we lost to them in the districts,” Jenkins said. “We were looking for some redemption, and we got it.”

“It felt good to be in the team form, just because we’re in different divisions this year and we won’t see them in districts again,” Brown said. “It felt good to avenge ourselves and show we’re the team (to beat).”

In leadership style, though, Jenkins and Brown also shed the spotlight on less-heralded teammates that played their own part in the Vikings’ triumph. Most notably, Connor Young and Ty Whalen fought their way to close victories over accomplished R-P opponents, but victories also came in defeat, like Alec Pruett’s hard-fought 6-0 loss to Rockets’ all-stater Jimmy Rozycki or Aiden Weiler’s near-victory over Alex Chipman.

“We have guys that go out there and work hard and it really makes us a balanced team,” Jenkins said.