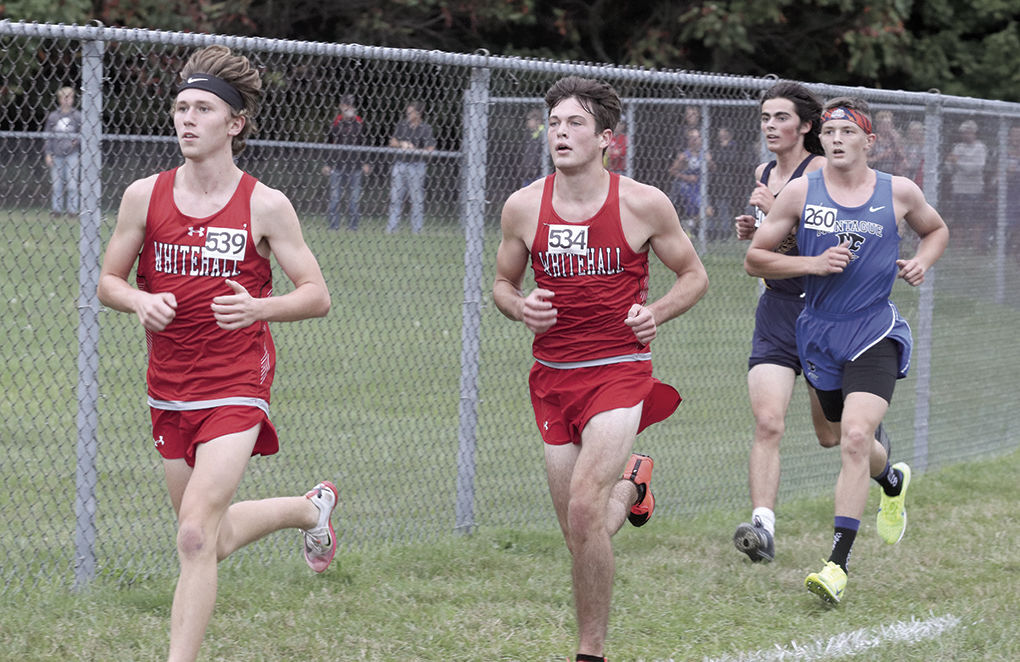 Whitehall’s Carter McIlroy (left) and Riley Buys make their way through the course during Tuesday’s WMC jamboree in Shelby. Montague’s Cale Coppess trails the duo. The Vikings finished second in both the boys and girls races. 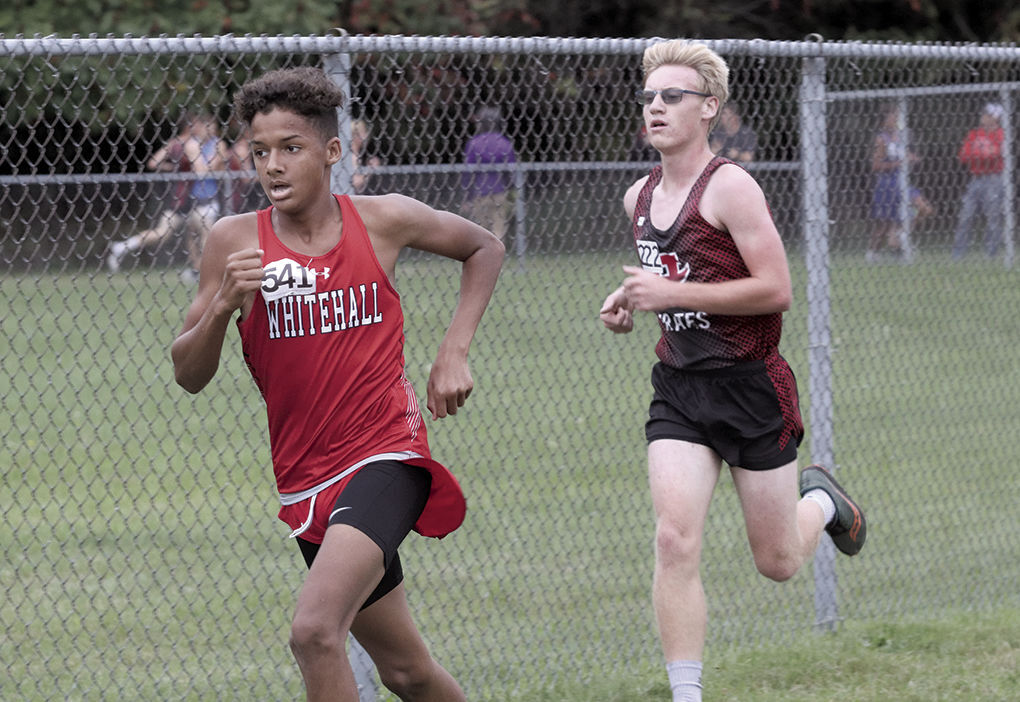 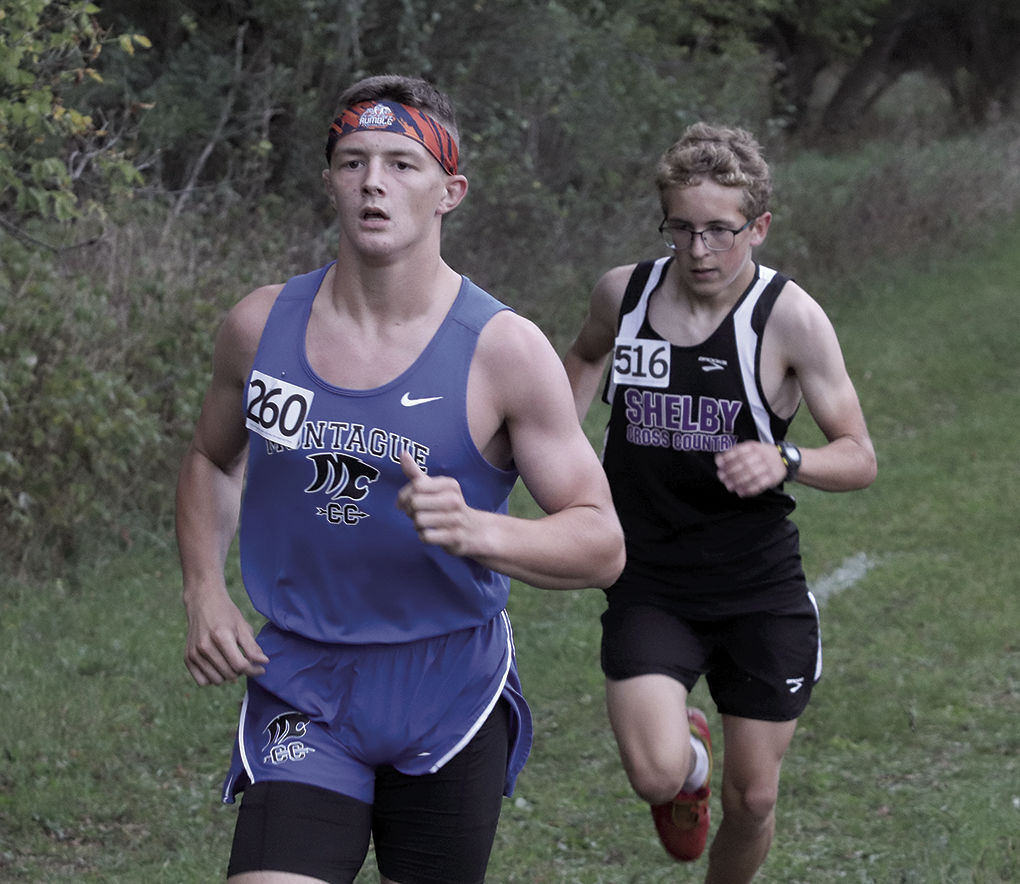 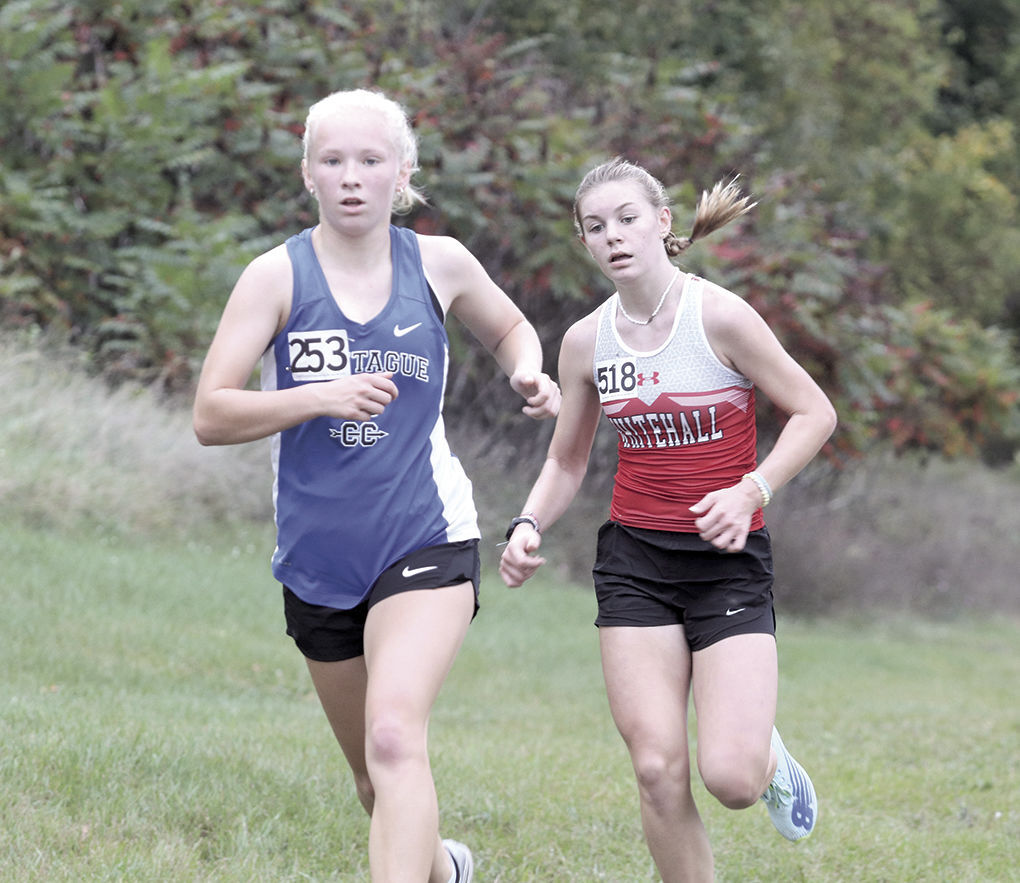 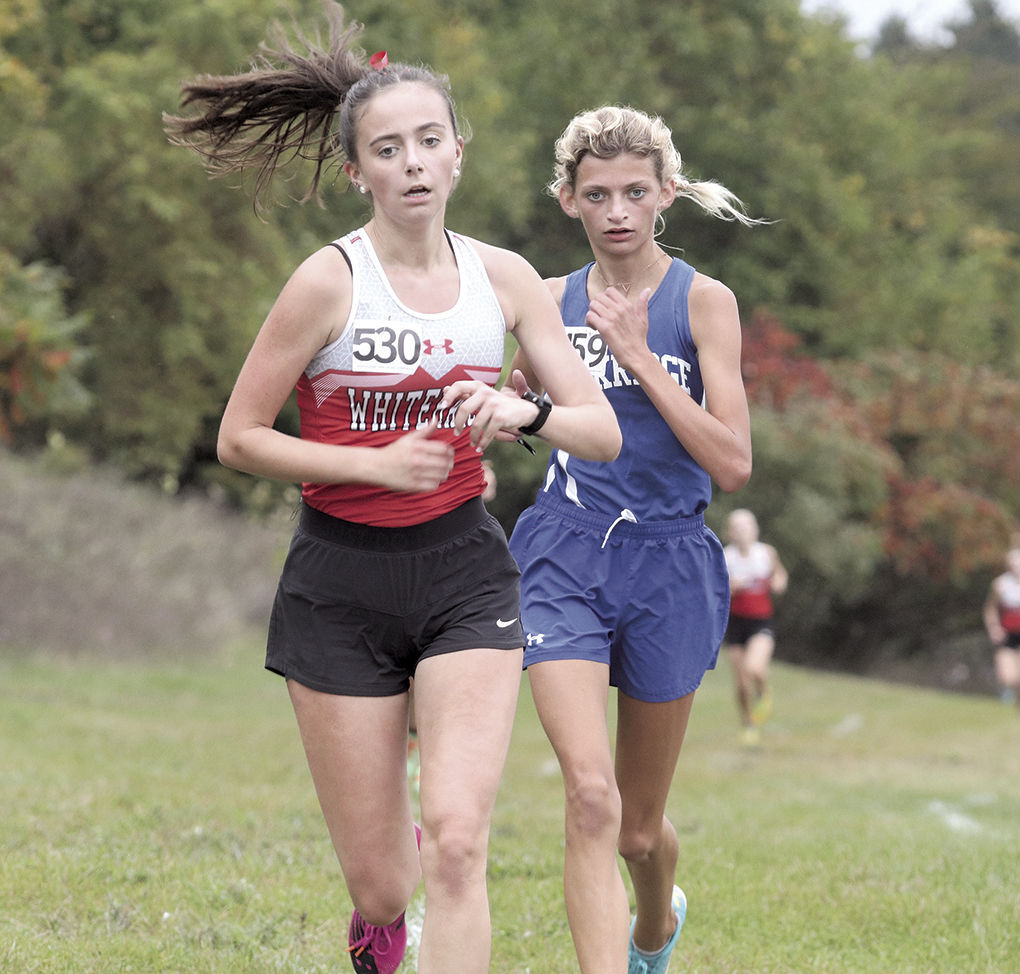 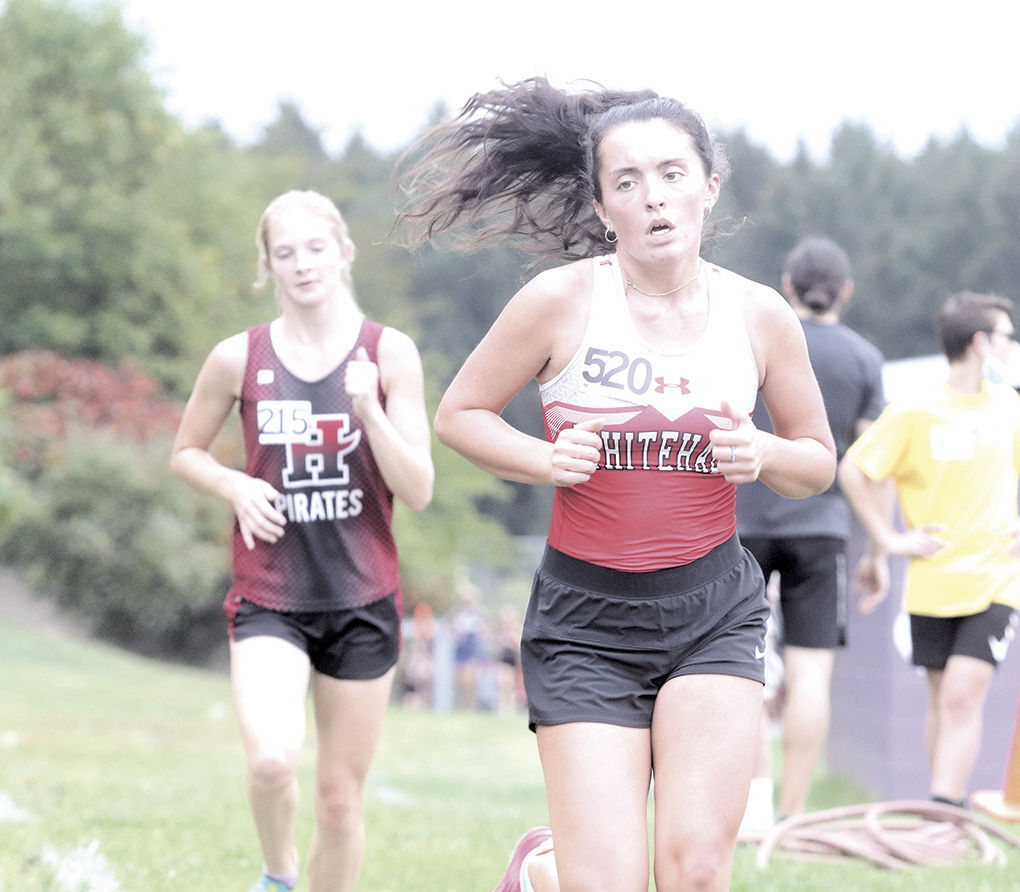 Whitehall’s Carter McIlroy (left) and Riley Buys make their way through the course during Tuesday’s WMC jamboree in Shelby. Montague’s Cale Coppess trails the duo. The Vikings finished second in both the boys and girls races.

SHELBY — Whitehall earned a strong second-place finish in the West Michigan Conference Tuesday by again placing second in both races in the WMC's final jamboree of the season in Shelby.

The Vikings placed behind only the Hart teams that hold #1 rankings in Division 3 in both the boys and girls divisions, something that coach Courtney Snyder said the team takes pride in.

"The team has really been able to look at being second as an accomplishment, because we have been able to close the gap with Hart a lot this year, which is a win in our book," Snyder said.

Race times were skewed high as the course was inadvertently marked for just over 3.5 miles instead of the standard distance of approximately 3.1 miles.

Whitehall's boys placed only 18 points behind Hart, led by top trio Andre Richmond, Riley Buys and Carter McIlroy. Richmond placed second in the race with a time of 19:04.6, and Buys and McIlroy were close behind, placing third and fourth. Buys' time was 19:14.2, just three-tenths ahead of McIlroy.

Snyder said Richmond in particular is reaping the benefits of a summer of hard work to emerge as one of the top runners in the league.

Montague golf uses its depth to repeat as state champions

"Andre took his summer running extremely seriously and runs almost every day," Snyder said. "He always does the hardest version of our workouts, strength trains on his own time and gives 110 percent in races. He has really gained a true passion for running, and it has spread to other members of the team."

Montague's girls team finished in fourth place in the jamboree, earning fourth in the final league standings. Each Wildcat girl earned a better placement in the final jamboree than in any previous meet. Isabelle Auch clinched all-WMC honors with a seventh-place finish, earning a time of 23:07.9. Cammie Erickson placed 16th (25:08.3) and Sam Beishuizen was 34th (28:36.8). Claire Genter took 37th (28:59.1) and April Howard was Montague's fifth scorer, in 50th (31:46.5).

The boys team was able to score as a team for the first time in the league thanks to contributions from Ben Mischler and Isaac Falk, who placed 56th and 57th respectively with times of 27:32.7 and 27:56.2. Cale Coppess locked up his all-WMC placement with a seventh-place finish, earning a time of 19:30.6 and while Owen Fairchild didn't race Tuesday, he also will be all-WMC after finishing eighth in the league standings.