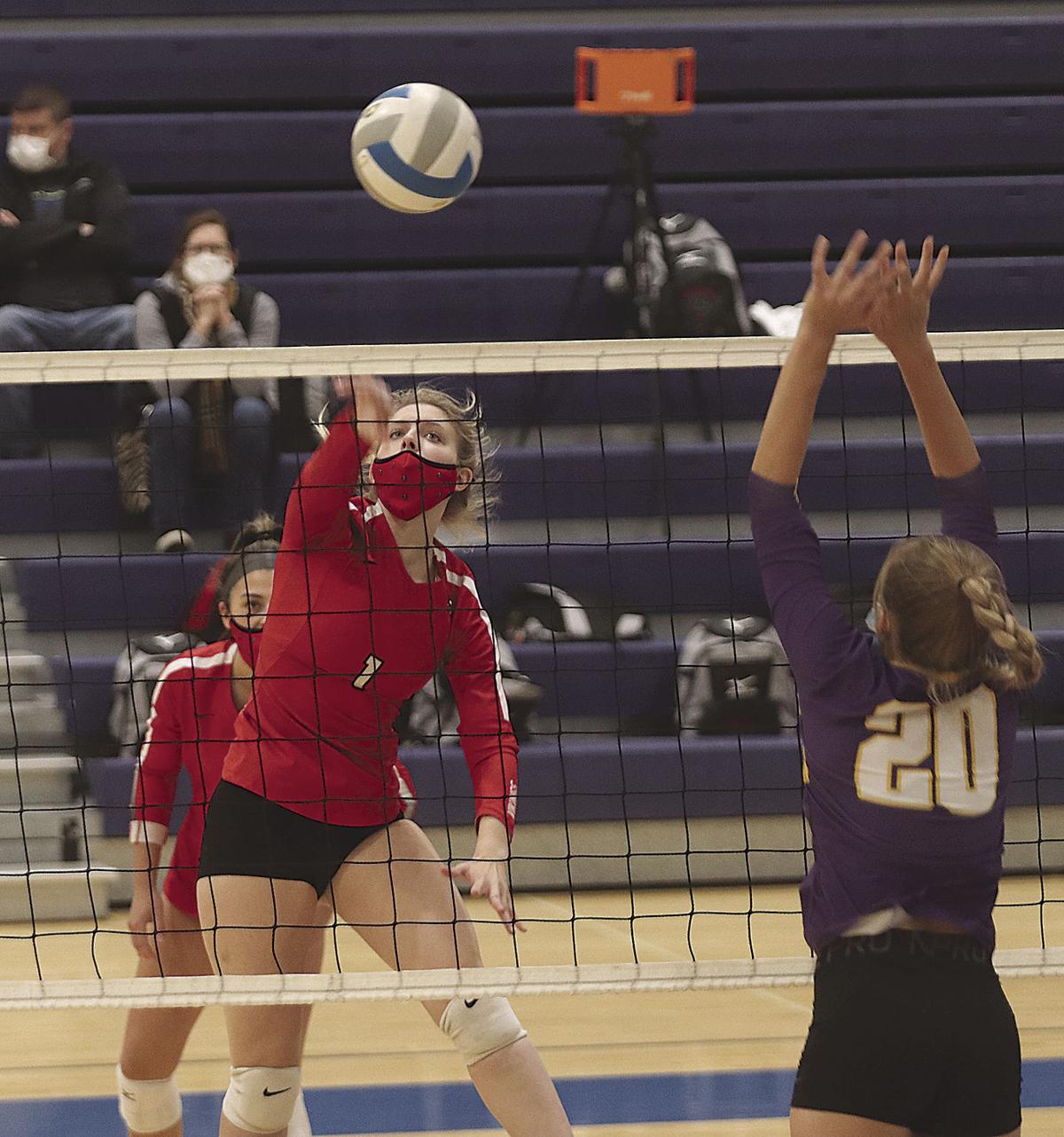 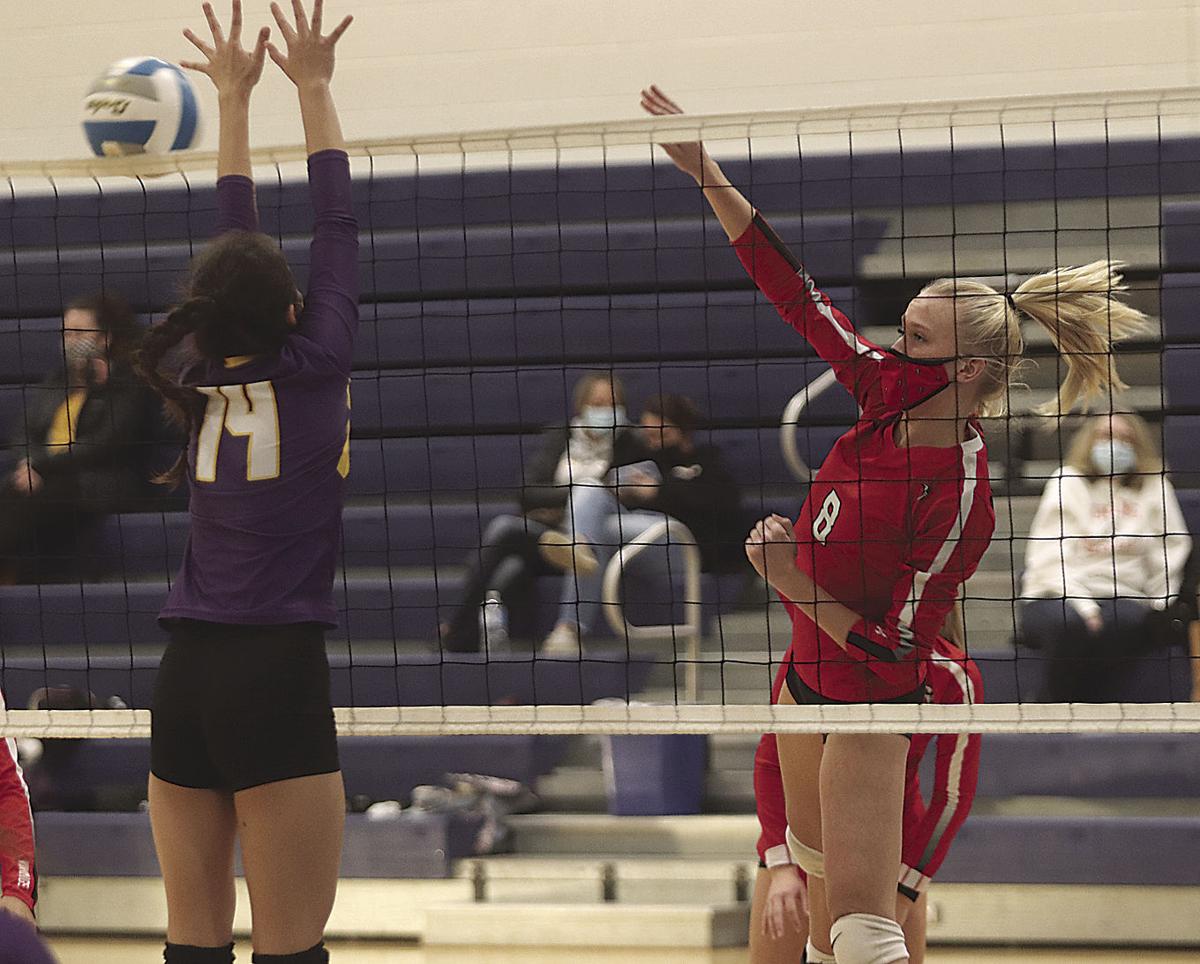 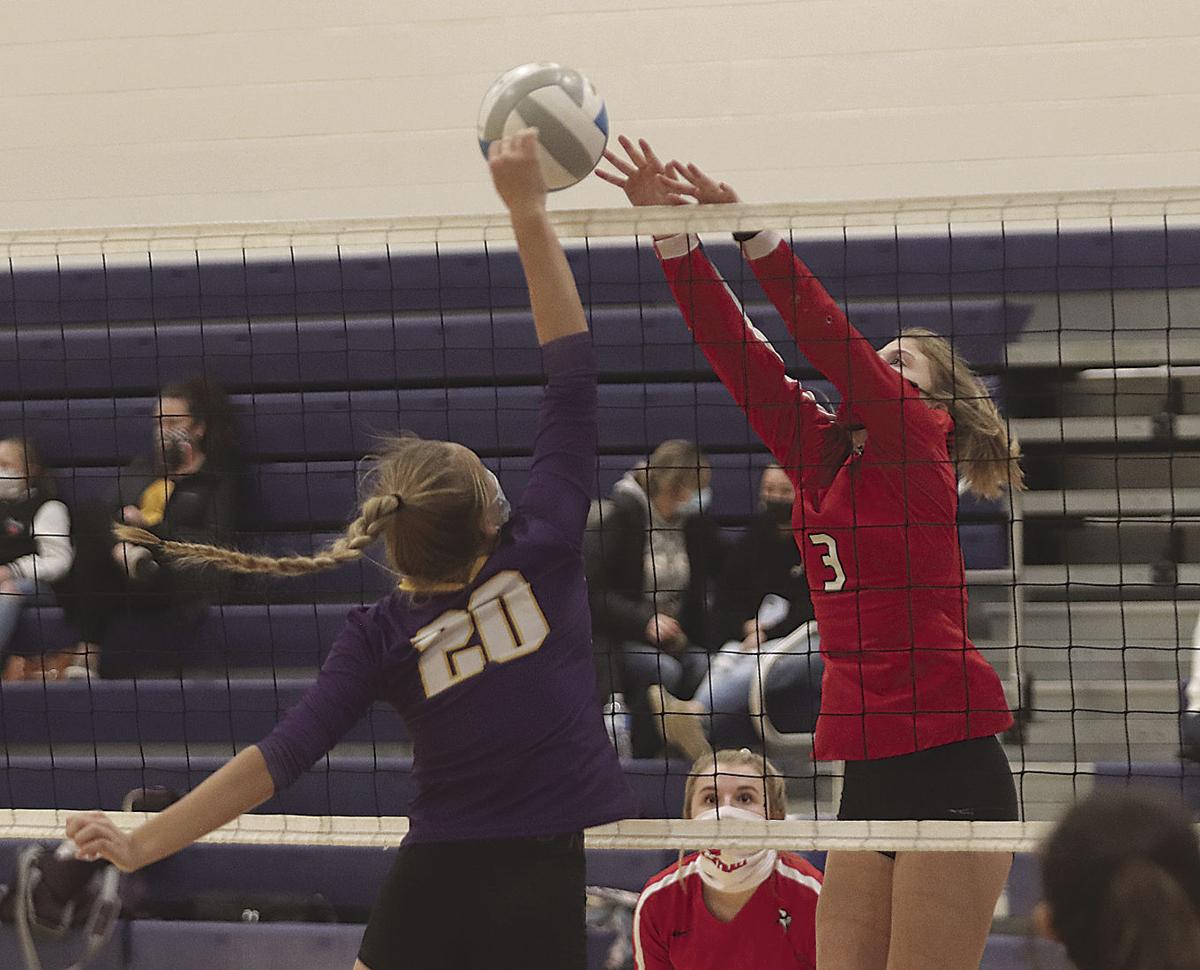 Whitehall’s Maggie Evans (right) and Pentwater’s Mikaylyn Kenney battle for a ball at the net during Tuesday’s Oakridge Quad. The Vikings went 2-1. 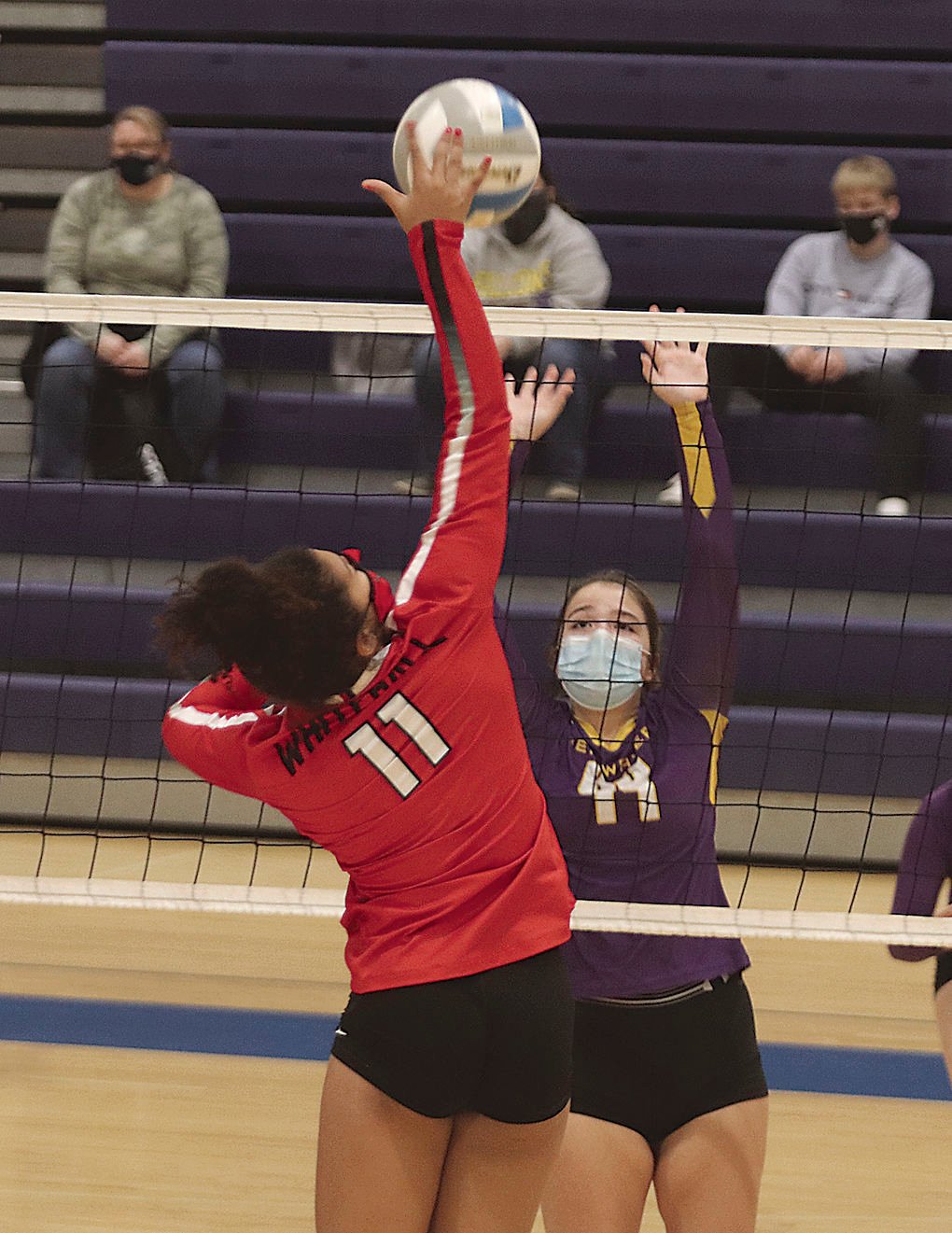 Whitehall’s Illeanna Hatcher (11) sends an attack over the net at Pentwater’s Samantha Schaefer during Tuesday’s Oakridge Quad. The Vikings went 2-1 at the quad.

Whitehall’s Maggie Evans (right) and Pentwater’s Mikaylyn Kenney battle for a ball at the net during Tuesday’s Oakridge Quad. The Vikings went 2-1.

Whitehall’s Illeanna Hatcher (11) sends an attack over the net at Pentwater’s Samantha Schaefer during Tuesday’s Oakridge Quad. The Vikings went 2-1 at the quad.

MUSKEGON — If Whitehall is to make a district run next week, it will likely take a better offensive attack than it's displayed of late.

However, Whitehall hit for a .144 average for the night, and that number needs to go up if the Vikings are going to run through a district that includes perennial power Fruitport and Division 2 #5 Montague.

"We're just struggling attacking the ball," Whitehall coach Ted Edsall said. "We hit so many balls out, it's tough to win. Effort is good, energy is good. Our passing was just OK today, too. It's all a combination. Attacking errors are never just the attackers. We've got some work to do."

Whitehall did make a late charge in the second game of the Oakridge match to make things interesting, but was unable to complete it.

Three Vikes had double-digit kills for the nght, led by Lauryn Carr, with 14. Caydence King added 12, and Charley Klint had 11.

Notably absent, as she has been all year, was Rayne Thompson, the team's projected top hitter. Edsall said Thompson underwent ACL surgery this week and is not only done for this season, but for the rest of the school year.

That left Klint, Carr and recent JV call-up King to handle the bulk of the chances from setter Maggie Evans, who's put up standout numbers all year. She had 55 assists Tuesday, as well as six kills.

"Our setter's good, but our attackers have to do a better job of getting the ball in play and end some rallies for us," Edsall said.

Ryleigh Mott led the defense with 15 digs, and Carr posted nine aces. Charlie Baker added eight aces — the team had 30 in all.

While the Vikings will try to get better in the remaining practices prior to playing their district semifinal match, Edsall said he was just pleased that his team is close to being able to complete its season without interruption. That's not been a luxury afforded to everyone — Spring Lake's varsity team was forced from action due to positive COVID-19 tests, and Shelby coach Tom Weirich said the Lakers will try to run out their JV team in a pre-district match Monday against Fruitport. (The winner of that one faces Whitehall.)

"A lot of teams aren't getting through this," Edsall said. "We're real close to getting through it, at least. That's a blessing. A lot of other schools, stuff's not good. Hopefully we'll get through these next couple of weeks and go from there. I'm glad the kids got a chance to play.

"My kids have done a nice job taking care of themselves. We can't play unless they do that, and they know that. They've made some smart choices up to now, so hopefully they keep doing that another couple of weeks."