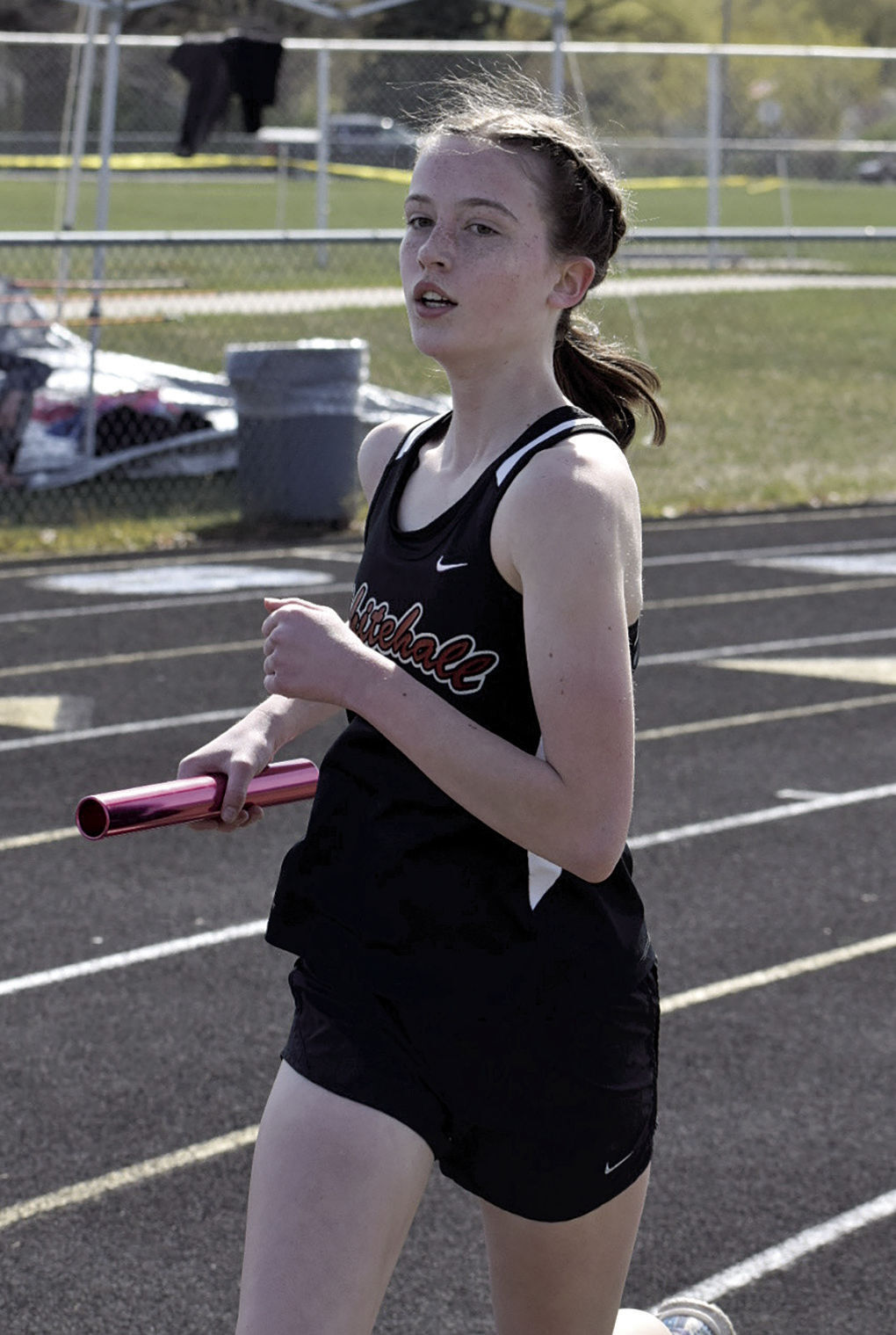 Whitehall's Ariana Treat runs in the 3,200-meter relay during Saturday's GMAA girls meet at Oakridge. The Vikings won the meet. 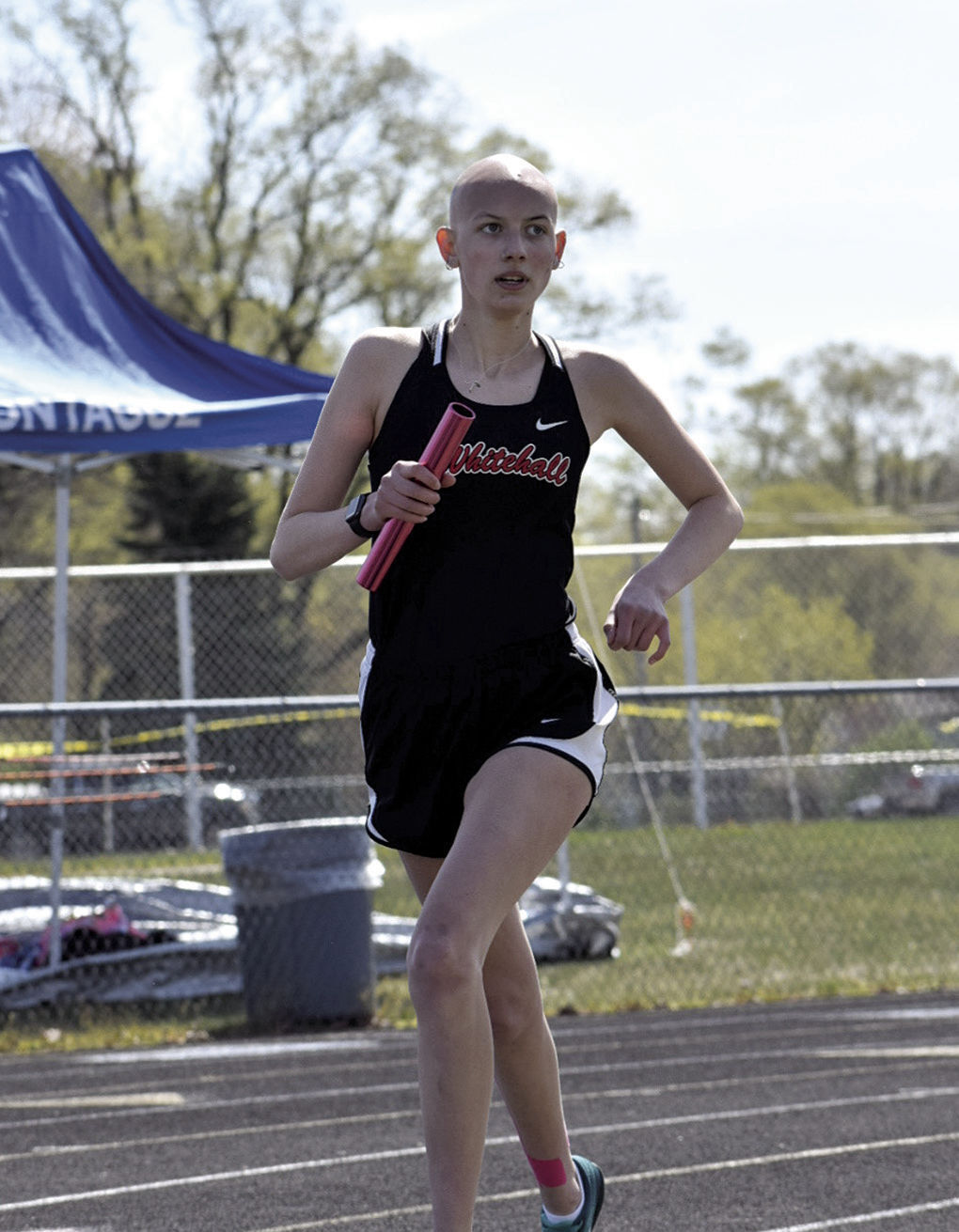 Whitehall’s Ryann Jibson runs in a relay race during Saturday’s GMAA girls meet at Oakridge. The Vikings won the meet. 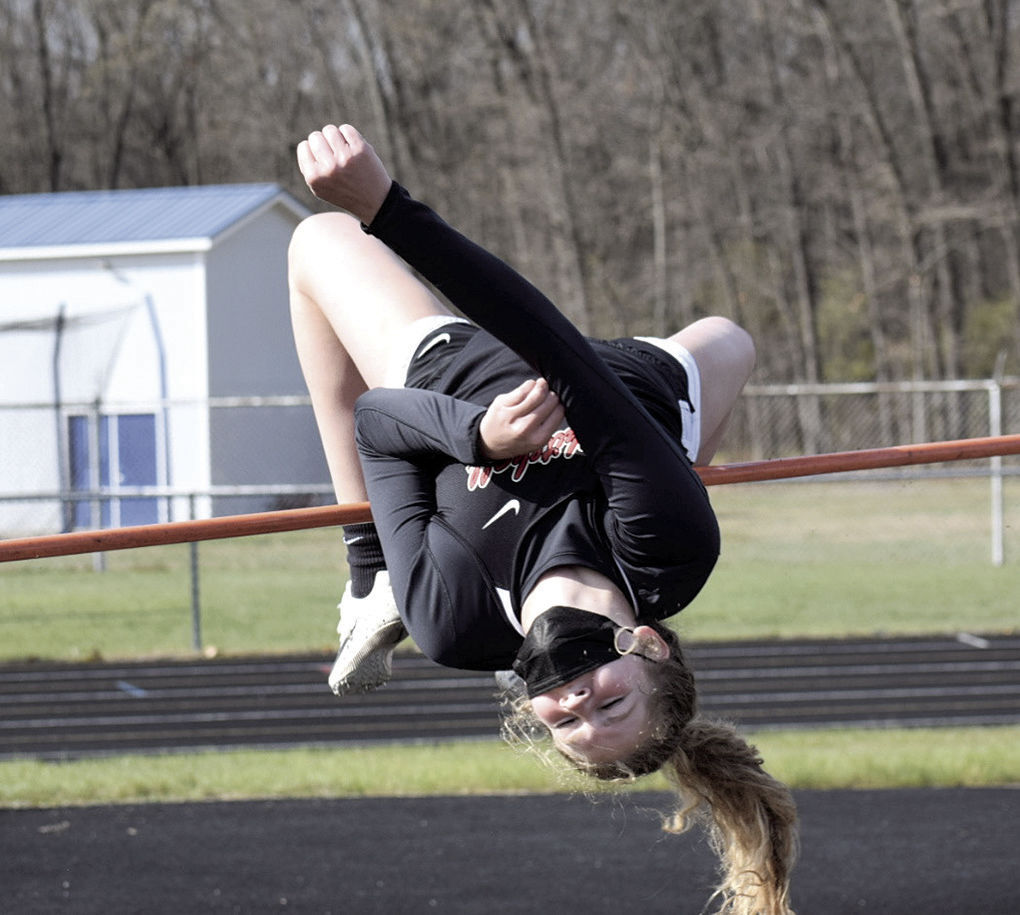 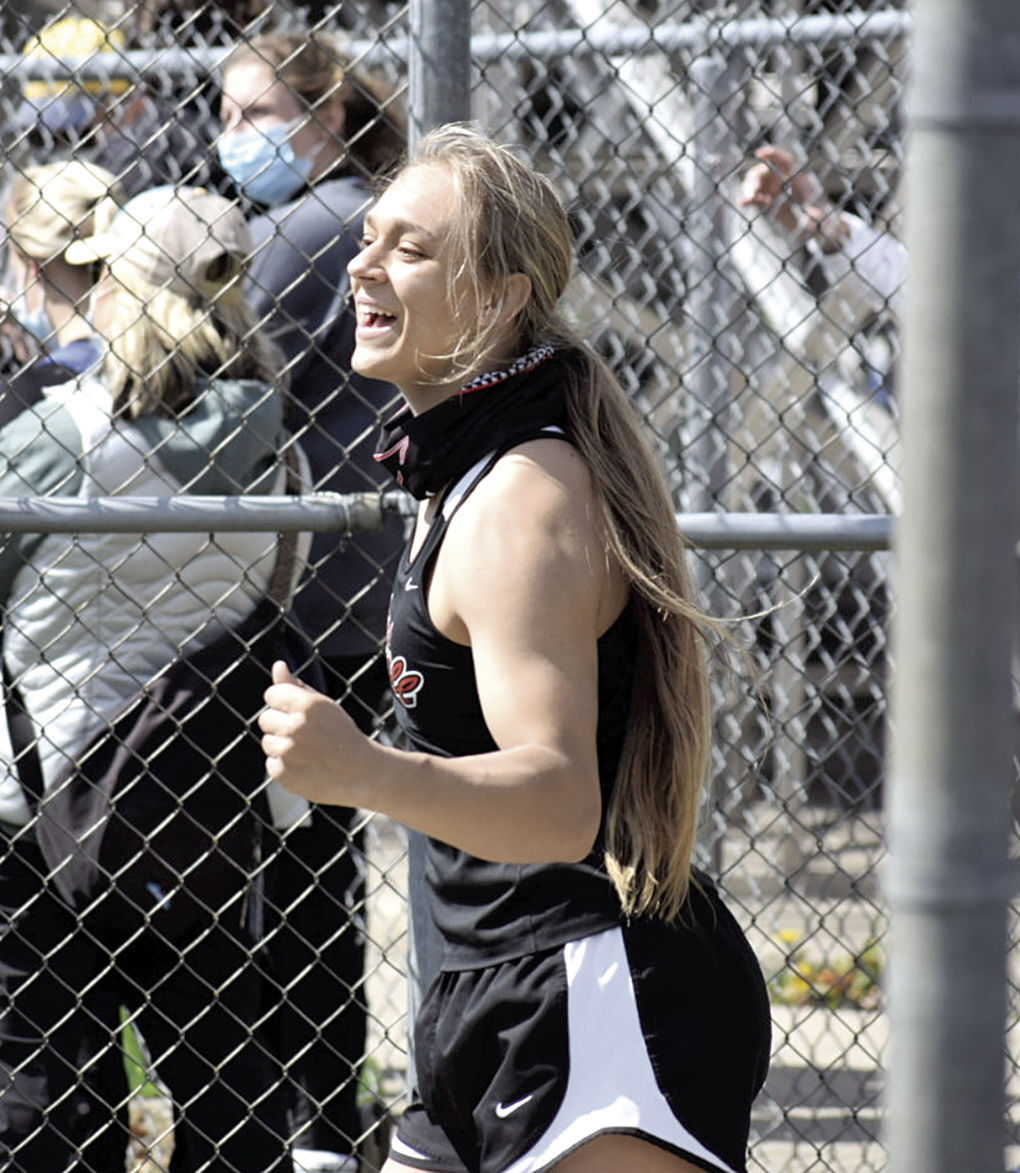 Whitehall's Ariana Treat runs in the 3,200-meter relay during Saturday's GMAA girls meet at Oakridge. The Vikings won the meet.

Whitehall’s Ryann Jibson runs in a relay race during Saturday’s GMAA girls meet at Oakridge. The Vikings won the meet.

The Vikings racked up 60 of their 110 points in the field events, earning six top-2 finishes in those five events alone. That included 1-2 finishes in both the shot put and pole vault. Karleigh Jeffries earned the win in shot put (31-8), with Maelie Hope in second (30-0), and in pole vault, Charley Klint won and set a personal best (8-9), with Bailey Pierson in second (8-0).

"I owe that to our field event coaches, Crystal Vaughn and Joe Stachowicz," Whitehall coach Carrie Goodrich said, noting that Stachowicz, a local chiropractor, coaches the throws and Vaughn leads the way in high jump and pole vault. "They have done a phenomenal job working with the girls on their specific techniques.

"The girls were excited to compete on Saturday, especially the seniors, knowing they lost last year and this is it for them. Wherever I looked around the track, I saw Whitehall girls cheering one another on, including the field events first thing in the morning. That is important to me."

On the track, Whitehall scored its share of points. Ryann Jibson, still working her way back from an injury that cost her all of cross-country season, won the 800-meter run in a time of 2:36.9.

"This was a breakout race for her," Goodrich said.

Reeths-Puffer picked up wins in both hurdles events. Allie Moore won the 100 in a time of 17.21, and Brooke Tong won the 300 in a time of 50.86. Brianna Stawski earned the Rockets' third win, in high jump, where she jumped a personal best 5-3. The Rockets also placed second in two relays; the 800 team of Marta Braghini, Tiffany DeMaio, Tong and Grace Lockhart (1:52.2) and the 3,200 team of Lockhart, Ari Antor, Eva Shinabery and Emily Mazurkiewicz (10:49.1). Arionna Williams added a third-place in long jump (15-3).